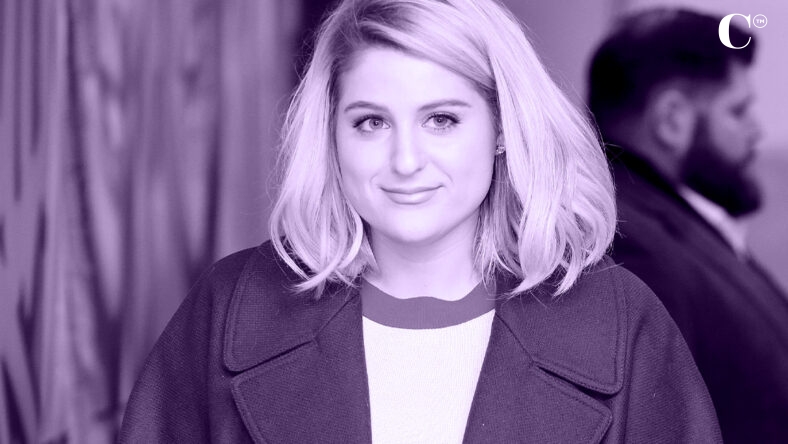 Pop music sensation Meghan Trainor just got very honest about her drastic changes to her body after giving birth to her son with her husband, Daryl Sabara.

The couple got married back in 2018 during an intimate ceremony held in their backyard and then had welcomed their son, Riley, earlier this year.

And things have changed drastically for Trainor since Riley was born.

See: PREGNANT KALEY CUOCO PRAISED JENNIFER ANISTON FOR OPENING UP ABOUT HER STRUGGLE WITH INFERTILITY

Since her birth back in February of this year, Trainor had went into detail about the highs and the lows of motherhood as a whole. She included details about childbirth.

She suffered from gestational diabetes previously and had to keep her newborn in the hospital for almost a week after giving birth due to breathing problems.

In a recent interview, she spoke about her body and how she wasn’t comfortable after giving birth about her size at the time and noticeable changes.

Trainor shared that after she gave birth, she was the heaviest she had ever seen. She explained in an interview that when she welcomed her baby via c-section, she was more than 200 pounds. The “Made You Look” star shares that she has lost 60 pounds to this day.

During the interview, she admitted that dealing with her new scar was a lot for her because she never had to get stitches before. “I just wasn’t feeling great,” Meghan said. “I’ve never had stitches, so to have this C-section scar, I was in a really dark place, and I wanted to be in a great place for my son.”

Meghan Trainor Says ‘If I Can Survive a C-Section, I Can Do Anything’

She went on to share how she stayed motivated and managed to get weight down and revealed that she didn’t understand the challenges she was facing at the time. She explained that she was very dedicated to her program and soon started seeing results.

“So, I worked every day and challenged myself. I was like, ‘If I can survive a C-section, I can do anything!’” the artist said. She also shared, “I was very dedicated, and I started seeing the pounds come off like one week at a time, one pound. I learned that I do like healthy food, and I learned what portions mean,” the “All About That Base” singer said.

“And I learned my brain is so happy when I exercise, so I’m just [feeling] better than ever.” She also talked about the boost in her confidence with her current “eight/nine” size.

Trainor went on to share that she felt defeated and lost after giving birth. “The first song I wrote after giving birth, I mean after having a C-section with my stretch marks, I was feeling extra, like, not loving myself,” she said. “I was heavier than I’ve ever been, and I was just super lost. The first song I wrote is called ‘Remind Me,’ and it’s about how my husband reminds me who I once was and then how beautiful he thinks I am, and I see a lot of that in this album,” Trainor continued.

She reflected that motherhood made her realize some things about herself. She revealed that she now knew that she was stronger than she thought. She stated, “Every day that I think is hard, I’m then like, ‘This ain’t hard, you know?’ And it’s actually got me doing hard things like going to the gym every day… I’m a bad–s, and I’m strong.”