As our readers and followers are aware, on Friday we parted ways with Melissa Rein Lively, our Travel Editor. We 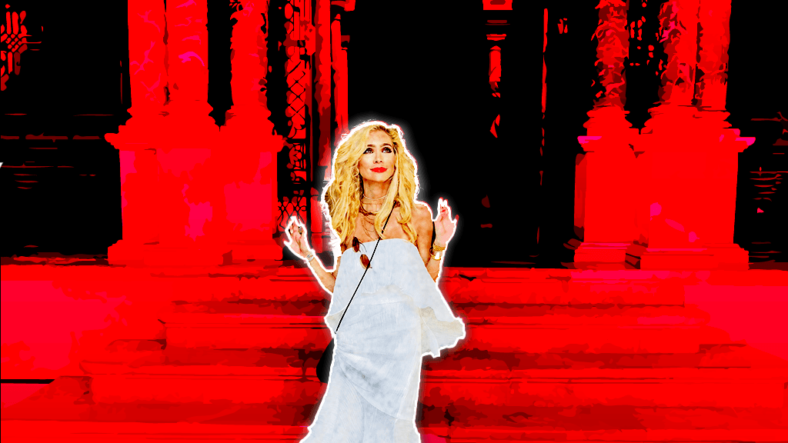 As our readers and followers are aware, on Friday we parted ways with Melissa Rein Lively, our Travel Editor. We had been made aware of comments Melissa had posted to her Instagram that featured horrific, racist language that we refused to condone. For that reason, we immediately let her go, released a statement on social media, and removed her articles from our website, basically cutting our ties. While we thought this would potentially be the last we’d hear of her, over the weekend Lively’s behavior at a Target that she broadcast herself went viral. She became dubbed as a Karen- possibly the ultimate Karen- and then ended up having a slew of other incidents culminating with her getting arrested, as well as continuing to use racist language after she was released from prison.

Since we had an affiliation with her, many have asked us why we would hire someone like her in the first place. We wanted to take the opportunity to trace how we became affiliated with her/where our interests with her lay, as well as recap what happened this weekend and, to our knowledge, where things stand now.

When we first brought Lively onboard, she had quite the resume to boost. When she began her career, she did PR for Dirty Scottsdale, which would eventually evolve into the massive groundbreaking website The Dirty, which made Nik Richie a household name. Her current job position on LinkedIn describes her as the Founder/CEO of The Brand Consortium PR from August 2009 to the present. The description underneath the job reads the following: “Arizona’s #1 lifestyle and luxury public relations firm. We are a collective of public relations, buzz marketing, consulting and event design services specializing in hospitality, hotel & travel, real estate, retail, health & wellness and consumer brands.”

While a PR rep may seem like an odd choice for a “travel editor,” Lively’s husband, Jared Lively, frequently shared photos on Facebook of their travels all over the world. These included trips to France, Greece, Italy, Copenhagen, and more.

Aside from traveling and PR, Lively also had a knack for writing. In a strong editorial she wrote in The Scottsdale Independent in March of this year, she made a strong case for why the Mayor of Scottsdale needed to step up their efforts in protecting residents from coronavirus (a stark contrast to her videos that surfaced this weakened, which will be addressed later in this article).

“I am increasingly concerned about the safety and well-being of our city and its residents and the lack of decisive leadership that may cost us future economic prosperity,” Lively wrote in the piece.

“We must all collectively make the decision to put people before profits now,” she went on to note, describing why the Mayor of Scottsdale (Jim Lane) needed to act in a manner to keep residents safe amidst the growing concern of the pandemic. “We must.” Overall, the editorial was a truly compelling call to action and seemed to place her in the more “liberal” vein in terms of where people fell politically in regards to the coronavirus and their response to it.

For being half of such a successful jet setting couple combined with her vast PR experience and strong writing skills, we thought that Lively would be a perfect fit- and, at first, she was. She wrote great travel pieces that captivated us and we were excited to watch her grow as we did.

Then, as we previously mentioned, last Friday morning we started getting messages on our Instagram alerting us to posts Lively had made to her Instagram in which she was using the “n-word.” We do not stand for or condone that type of language or thinking whatsoever, and immediately talked amongst ourselves and reached the unanimous decision to let her go.

Matt Richards, our Editor-at-large, released the following statement to our Instagram: “CELEB does not condone racism in any form or fashion! It has come to our attention that Melissa Rein Lively, our Travel Editor, used horrific and racist language on her personal Instagram. We have terminated our relationship with Lively and all stories she had done for CelebMagazine.com have been removed. We will continue to do our part to support equality for all, especially marginalized communities. #BlackLivesMatter to us and have always mattered to us. From the bottom of our hearts, we deeply apologize for any hurt her awful, derogatory comments may have caused.”

While we had not had any issues with Lively up to this point- and always found her to be professional in any communication we had with her- it seems that there were a few scandals that had been brought up in her past.

One was back in March of last year. According to a story from the Phoenix New Times, Lively had issues with Rose, Moser and Allyn, a PR firm she had worked with in the past. She had alleged the following against them:

Then, Lively ended up calling Jen Moser, one of the founders of Rose, Moser, and Allyn, and record the call and posted it to her YouTube page. In it, she was accused by one of the executives of being on cocaine, as he said on the call “Where do you get your blow? Because you are f**ked up, b*tch.”

On the call, Lively also claimed she “killed’ their business, as they had tried to kill hers. Then, things got even more turbulent between her and Rose, Moser and Allyn, as the Phoenix New Times article reports she ended up showing up at their office. She also recorded this and put it on her YouTube channel. While citing concerns for Lively’s mental health, Rose and Moser ended up both filing restraining orders against her. Moser, for one, alleged that Lively had gone so far as to message him a direct threat, writing that his “days are numbered” and she’d be “real worried if I were you.”

Aside from her issues with the PR firm she had previously worked for, Lively also was involved with a GoFundMe that she put in her name to help launch something she called “The People News.”

On the page, she wrote that “The People News… is a brand new kind of media organization that will include TV/video, audio/radio, and digital/text-based formats. Our goal is to launch the first phase this New Media Organization with funding from this campaign by Fall 2020.”

“Fake News is the Enemy of the People,” Lively goes on to explain on the Go Fund Me. “Sensationalism always sold. By the early 19th century, modern newspapers came on the scene, touting scoops and exposés, but also fake stories to increase circulation. The New York Sun’s ‘Great Moon Hoax’ of 1835 claimed that there was an alien civilization on the moon, and established the Sun as a leading, profitable newspaper. Now, the Fake News media has spiraled completely out of control, leading an Insurgency that has just one goal: destroy the American Republic. Now is the time to #StopFakeNews once and for all.”

While she set a fundraising goal of $1 million for this project, only over $800 was actually raised via the effort. It stands as an interesting point of stark contrast that someone advocating to “save lives” and how real the coronavirus is, would also be advocating against “fake news.” This is due to the fact that “fake news” seems to fall in line with President Donald Trump‘s agenda, and it’s safe to say that Trump has not been the biggest advocate of keeping people safe amidst the coronavirus, as he has not always supported protective measures (such as wearing masks) and downplayed the virus many times, especially at the beginning of the pandemic.

Then, when examining Lively’s Twitter, things get even more bizarre. She refers to herself as “Melissa ‘F**king’ Reinbows,’ making it clear that she is affiliated with QAnon/Q. QAnon/Q, as we’ve previously covered, is a very far-right movement that involves many conspiracy theories, most importantly that there is a “deep state” plot against President Trump. She also refers to herself as the “PR” rep for QAnon, lambasting CNN in a tweet for not talking to her first before writing a story. She also referred to herself as the “Global Press Secretary” for QAnon/Q in another tweet.

So, back to after we parted ways with her… As we said, we thought this would be the final thing we’d hear about Lively (at least for the time being). We had no idea that she would go on to become a viral video sensation this weekend, and not for the right reasons.

While she broadcast a LOT of this on her social media, here’s a basic recap of what went down this weekend, some of which was recapped on Twitter and Reddit:

We did reach out to Lively for comment on what’s gone down so far, but have yet to receive a comment back from her at the time of publication; however, as we’ve noted on our Instagram, we are concerned about her well-being and, even though she’s no longer affiliated with us, want to offer our support in help in any way we can.

Nik Richie, who ran Dirty Scottsdale when Lively worked there- and is the CEO of Celeb- spoke out here about Lively. He began by saying that “Honestly, I’m shocked by all her recent actions. I did not believe it at first.”

“Melissa Rein Lively is a family friend and was my first publicist when I started my career in media,” he continued. “She put me on the map in Scottsdale, so to see her turn into this monster it’s disheartening.”

“I feel some sort of responsibility by giving her the CELEB Travel Editor position, maybe putting her on the world stage, and having articles about QAnon triggered this crazy behavior,” he added. “I don’t know if she has a history with mental illness. She and her husband always painted the perfect picture. Hell, my wife was her bridesmaid for their amazing wedding in Napa. We named our daughter after the rehearsal dinner restaurant named Press, where she kicked for the first time.”

“I’m hurting for her and I know the real Melissa doesn’t mean these things,” Richie wrapped with saying. “I don’t understand her plan and she’s not communicating. Our last conversation last week she told me ‘the Aliens have landed, it’s time.’ I should have not brushed it off. I’m sorry.”

We also reached out to Nobu in Scottsdale, whom Lively used to do PR for, but have yet to receive a response even though they received the message.

We will be sure to keep you abreast of any other updates regarding Lively.