Breaking: Michael Avenatti Has Been Sentenced to Four Years in Prison for Stealing $300K from Stormy Daniels 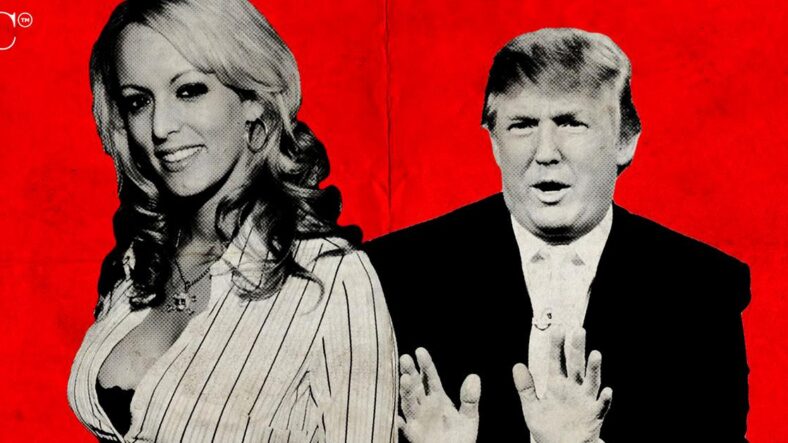 Once he was on top of the world but now-disgraced New York attorney Michael Avenatti is heading to jail for 4 years.

Avenatti is already in prison serving a 30-month sentence for attempting to extort over $20M from Nike, threatening to go public with damaging information unless they ponied up the cash.

And now, a judge is adding more hard time.

CNN reports, "District Judge Jesse Furman said Avenatti's conduct was 'so brazen and egregious' adding, he 'took advantage of a vulnerable victim given her unorthodox career and somewhat unorthodox beliefs.'"

Daniels, who was allegedly once the mistress of former President Donald Trump, now spends her time donating to charities and helping people – but once was the talk of every major headline for her entanglement with the man in the highest office in the country.

Avenatti allegedly used her naivety and vulnerability and raked her over the coals for hundreds of thousands, which he will now pay the price for. Part of his sentence will be served alongside his current 30-month sentence, but there will be an additional 2 1/2 years after during which he can reflect.

A Rapid Rise and Fall

CNN adds, "The legal turmoil is a dramatic turn for Avenatti, who rose to fame representing Daniels as she went public with allegations that she received a $130,000 payment just before the 2016 presidential election to silence her allegations of an affair with then-candidate Donald Trump. Trump has denied the affair.

On the heels of the publicity over the hush-money scandal, Avenatti helped Daniels ink a $800,000 book deal. Prosecutors said Avenatti stole nearly $300,000 of the advance by fabricating a letter purportedly from Daniels redirecting payments from the book publisher to an account under Avenatti's control.

At trial, Avenatti represented himself and fired his court-appointed attorneys mid-trial. Prosecutors called 10 witnesses including Daniels, who testified that Avenatti lied to her and betrayed her. Avenatti attacked Daniels' credibility during cross-examination by questioning her about her belief in the paranormal and he suggested that he was entitled to take a portion of her book advance for work he had done even though it was not in their written contract. Avenatti did not testify or call any witnesses in his defense."

Although he has since apologized to Daniels, it's clear that his behavior is part of a larger pattern that the judge hopes he reflects upon and improves during his time in prison. Avenatti cried during sentencing, but many consider them crocodile tears.

ABC writes, "And he faces a retrial in California on charges that he cheated clients and others of millions of dollars there.

In a presentence submission, Avenatti's lawyers cited an apology letter Avenatti recently wrote to Daniels in which he said: 'I am truly sorry.'

But prosecutors in a sentencing submission last week urged that that he should face 'substantial' additional time in prison for a wire fraud conviction and criticized his apology letter, saying the 51-year-old failed to apologize for his actual crime."

During his time representing himself on the stand, Avenatti reportedly berated Daniels over her conduct and language, trying to make her appear crazy. That conduct was weighed into the judge's sentencing decision, proving that he was still exactly the same person who stole from Daniels and has no remorse, tears or no.

The moment is probably a sweet one for former President Trump who was hounded by Avenatti and the specter of Daniels as he nursed his fledgling political career from an ember to a bonfire.