Miley Cyrus is back for another end-of-the-year celebration, this time with her very famous and dazzling godmother, Dolly Parton. NBC 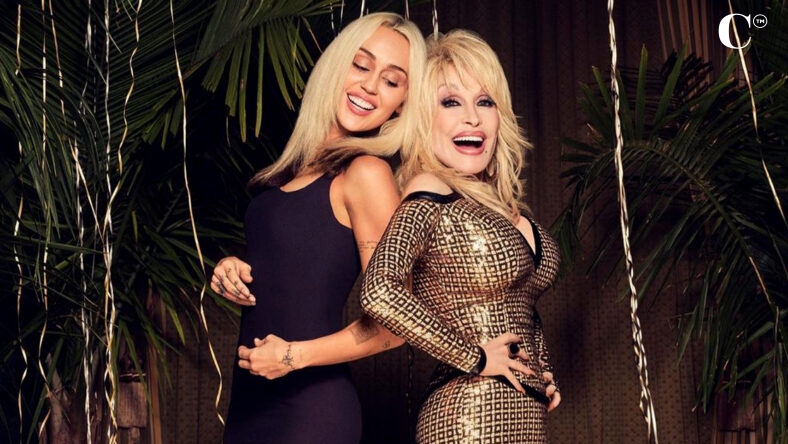 Miley Cyrus is back for another end-of-the-year celebration, this time with her very famous and dazzling godmother, Dolly Parton. NBC announced that Miley’s New Year’s Eve Party is returning to Miami for its second go-around on December 31 with an anticipated musical line-up; fans specifically hoping for a performance from the duo themselves.

Miley Cyrus Is Synonymous With Glamorous

In a promotional video released with the announcement fans hear Cyrus say, “Miley’s New Year’s Eve Party is about getting glamorous and dressing your best.”

“Well, we do that every day. Don’t we, Miley?” replied Parton.

“You taught me well,” responded Cyrus, who then said of the show, “It’s gonna be legendary.”

The two musical moguls have collaborated many times before. Parton even made it onto an episode of Disney’s Hannah Montana which Miley and her dad (also Parton’s good friend), Billy Ray Cyrus, starred in together. Parton and Miley also performed “Jolene” at the 2019 Grammy Awards. And, this holiday season will offer another opportunity to see their personalities collide.

“The inaugural ‘Miley’s New Year’s Eve Party was an unqualified success and we know this year’s show will be just as spectacular, with plenty of surprises and lots of fun,” said Jen Neal, Executive Vice President, Entertainment Live Events, Specials, and E! News, NBCUniversal Television and Streaming.