After a very scary fan encounter, Millie Bobby Brown has taken to social media to ask for respect. Yep, the

After a very scary fan encounter, Millie Bobby Brown has taken to social media to ask for respect. Yep, the Stranger Things star broke down in tears during an Instagram video posted to her Stories on Monday, November 30, as she discussed the traumatic experience.

What Happened With Millie Bobby Brown? 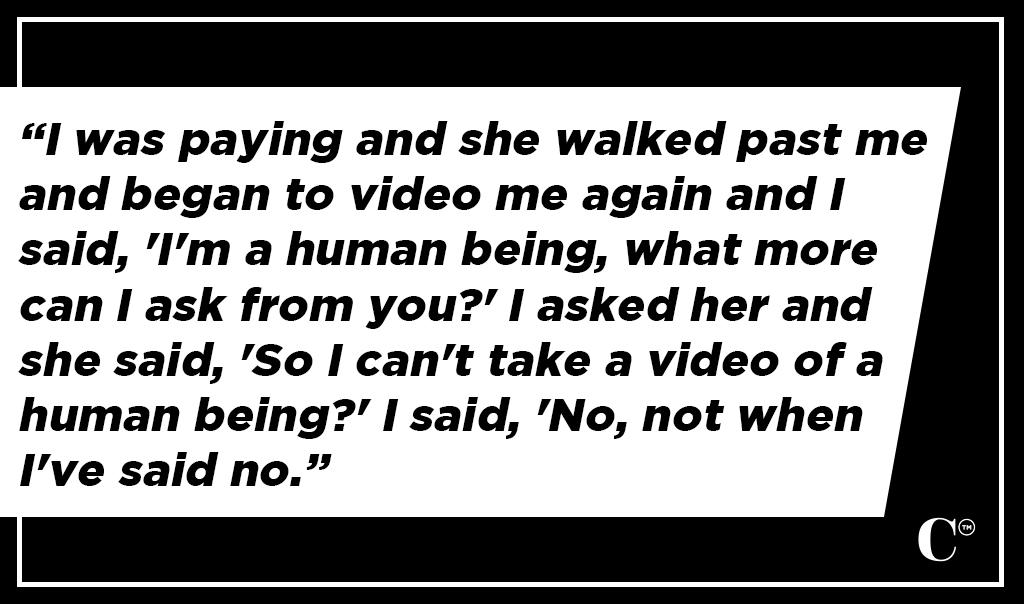 The 16-year-old explained that she was Christmas shopping with her mom when suddenly, a fan approached her. The supporter asked the young actress if she could take a video of her, but when Brown said no, things turned ugly.

“I just went shopping with my mum for Christmas and a girl came up to me and asked if I was… whoever.. and I said, ‘Yes.’ She said, ‘Can I take a video fo you?’ I said, ‘No,’” Brown explained while becoming emotional. “Why would anyone want to be taken a video of?”

She continued, “I was paying and she walked past me and began to video me again and I said, ‘I’m a human being, what more can I ask from you?’ I asked her and she said, ‘So I can’t take a video of a human being?’ I said, ‘No, not when I’ve said no!’”

Brown added while wiping away tears, “It just makes me upset when people push the boundaries and I just wish people were more respectful… I’m still trying to navigate this all and it’s still overwhelming. I will take a picture with you, but when you push the boundary and try and fight me on it… I have my rights to say no. I’m making this video to say have to show more respect for others.”

After posting the now-deleted video, Brown took down her entire TikTok account.

However, it looks like the brunette beauty is doing a lot better now. A few hours later, she posted a note on her Stories that read, “I am totally fine now. But was emotional in the moment because I felt uncomfortable and disrespected. It’s important to set your boundaries and to speak up. I love you guys. Be kind to one and other!”

“Realizing that surrounding yourself with positivity is the happiest way of living!” she wrote in one final post. “No hate and only love, remember to be kind.”

The official Stranger Things writers account also spoke out about the situation.

“Be kind to others. Find compassion. Wear a mask. All those things cost zero dollars and take zero energy,” they tweeted.

Be kind to others. Find compassion. Wear a mask.

All those things cost zero dollars and take zero energy. 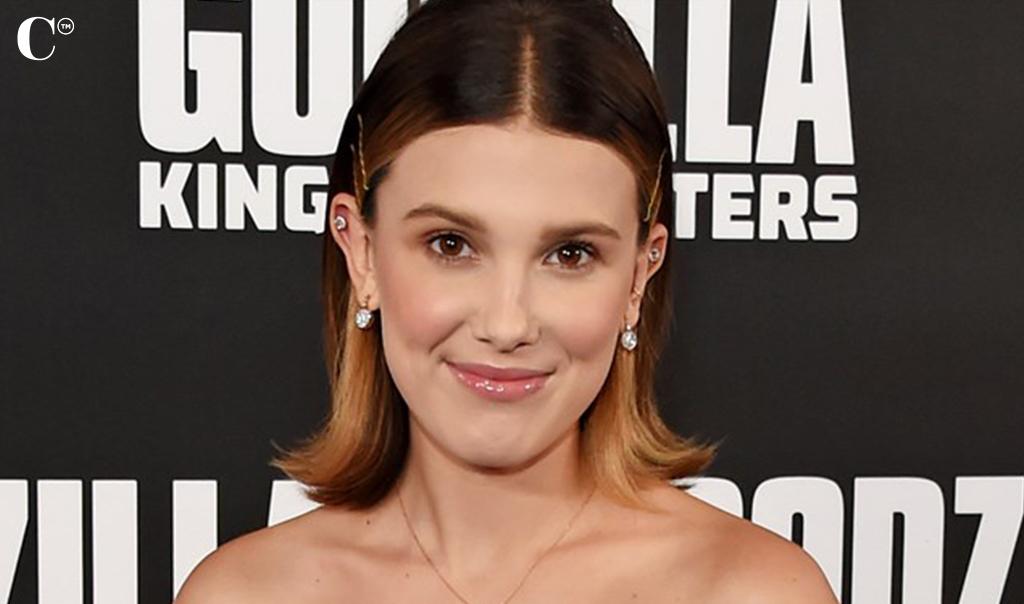 At only 16 years old, Brown has accomplished so much. She is most famous for playing Eleven in Stranger Things, but she has also starred in Intruders, Godzilla: King of the Monsters, Enola Holmes and more! She received two Emmy Award nominations for Outstanding Supporting Actress in a Drama Series back in 2016, and in 2018, Brown was featured in the Time 100 list of the world’s most influential people. That year, she was also appointed as a UNICEF Goodwill Ambassador — the youngest person selected for this position.

Has Millie Bobby Brown Spoke Out About This Before?

Being propelled into the spotlight at a young age isn’t easy, and this isn’t the first time Brown has spoken out about it. Back in March 2020, she made an appearance on Miley Cyrus‘ Instagram show, Bright Minded, and she got real about the downsides of fame.

“When I was 10 and in the industry, I was very confident and didn’t care what people would say about me. But recently at 15, I started having bad panic attacks and anxiety and I struggled with it and still do,” she explained. “It’s getting better. I’m working on it. I’m not as care free as I was at age 10. A lot of people have more to say about me. There’s a lot of good and bad.”

Brown continued, “My whole life is very public. Once you do one thing all eyes are on you. It can be terrifying because you can’t make a mistake. Keeping people around you that validate you and your feelings and make you feel OK [is important]. People who make me feel grounded and humbled and centered, like, OK this is OK to feel. My parents — having that support system, they tell you where you go wrong and when you’re fine and you can chill.”

Plus, on her 16th birthday, the actress wrote on Instagram alongside a behind-the-scenes video of her, “I feel like change needs to happen for not only this generation but the next. Our world needs kindness and support in order for us children to grow and succeed. The last few years haven’t been easy, I’ll admit that. There are moments I get frustrated from the inaccuracy, inappropriate comments, sexualization and unnecessary insults that ultimately have resulted in pain and insecurity for me. But not ever will I be defeated. I’ll continue doing what I love and spreading the message in order to make change. Let’s focus on what needs changing and I hope this video informs you on the things that go on behind the scenes of the headlines and flashing lights. Don’t worry I’ll always find a way to smile.”

What Is Millie Bobby Brown Up To These Days?

In recent months, Brown has been hard at work filming the upcoming fourth season of Stranger Things. Plus, it was recently announced that she’s got three new movies in the works — Godzilla vs. Kong, The Girls I’ve Been and The Thing About Jellyfish — so keep your eyes peeled for her!

What Do We Know About ‘Stranger Things’ Season 4?

After being put on hold because of the coronavirus pandemic, production of the Netflix series kicked off again in early October. And according to the show’s producer, the break made the show even better!

“I’ll just say the pandemic definitely massively delayed shooting and therefore the launch of our current Season 4, date still TBD. But it impacted very positively by allowing the Duffer brothers, for the first time ever, to write the entire season before we shoot it and to have time to rewrite in a way that they rarely had before so the quality of these screenplays are exceptional, maybe better than ever,” Shawn Levy told Collider.

meanwhile in the upside down… pic.twitter.com/BtPlMjy0pS

The directors of the show, Matt and Ross Duffer, also told Entertainment Weekly that Season 4 is “going to open up a little bit… not necessarily in terms of scale, in terms of special effects, but open up in terms of allowing plot lines into areas outside of Hawkins.”

Plus, Joe Keery revealed that this season will be “a lot scarier” than the previous ones. “Oh man, it’s pretty amazing — the Duffer brothers have really done it again. I think that this year — and I know I say this every single year — but this is definitely going to be a lot scarier than prior years, because last year was pretty dark,” he dished to Total Film Magazine.

The official release date isn’t out just yet, but David Harbour explained on his Instagram Stories that Season 4 was “supposed to come out early next year,” but due to the COVID-19 outbreak, it has been “pushed back.” We hope they announce something soon!