Since Millie Bobby Brown stepped onto the scene when she was only 12 years old, fans have had the pleasure 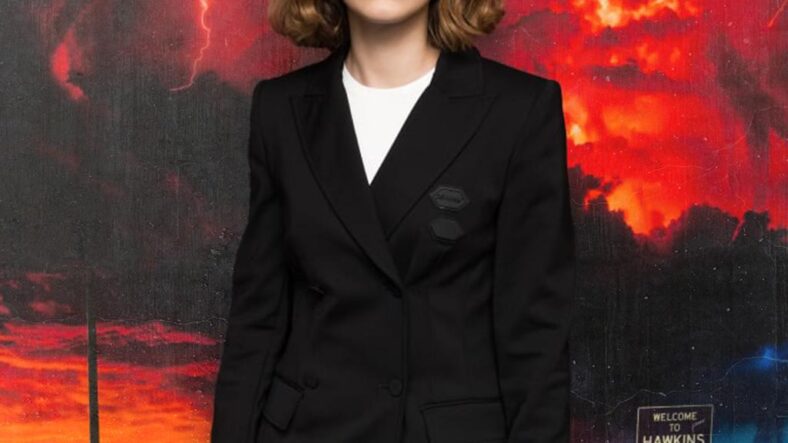 Since Millie Bobby Brown stepped onto the scene when she was only 12 years old, fans have had the pleasure of watching her mature right in front of their eyes. But the Stranger Things star just spoke out about the downsides of aging in the spotlight, and she slammed people who “won’t accept the fact that she’s growing up.”

“I’m only 17, but at the end of the day, I’m learning to be a woman,” she admitted during a recent interview with MTV. “So being a young girl, people watch you grow up, right? And they’ve almost become invested in your growth and your journey. But they aren’t ready to accept the fact that you’re growing up.”

The actress added that she’s ready to grow up, whether the public accepts it or not. She said, “I’ve completely accepted [growing up]. You know, I’m ready. I’m like, ‘It’s been a while. Let me wear a high heel!’ I’m not going to be playing those young girls anymore… I don’t want anything to hold me back, which I think is the most important thing. I want to evolve.” 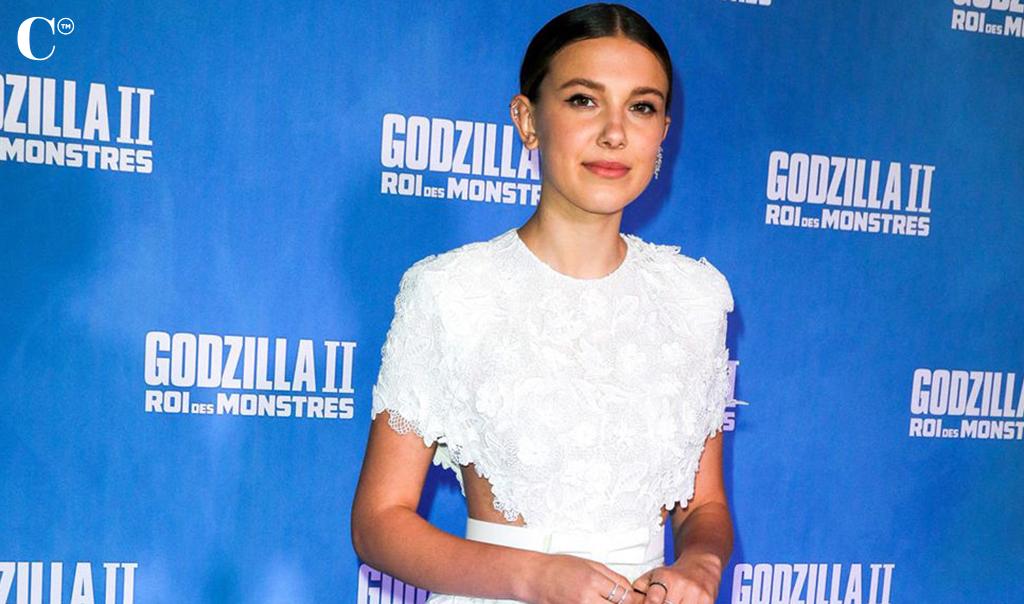 At only 17 years old, Brown has accomplished so much. She is most famous for playing Eleven in Stranger Things, but she has also starred in Intruders, Godzilla: King of the Monsters, Enola Holmes and more! She received two Emmy Award nominations for Outstanding Supporting Actress in a Drama Series back in 2016, and in 2018, Brown was featured in the Time 100 list of the world’s most influential people. That year, she was also appointed as a UNICEF Goodwill Ambassador — the youngest person selected for this position.

Has Millie Bobby Brown Spoke Out About This Before? 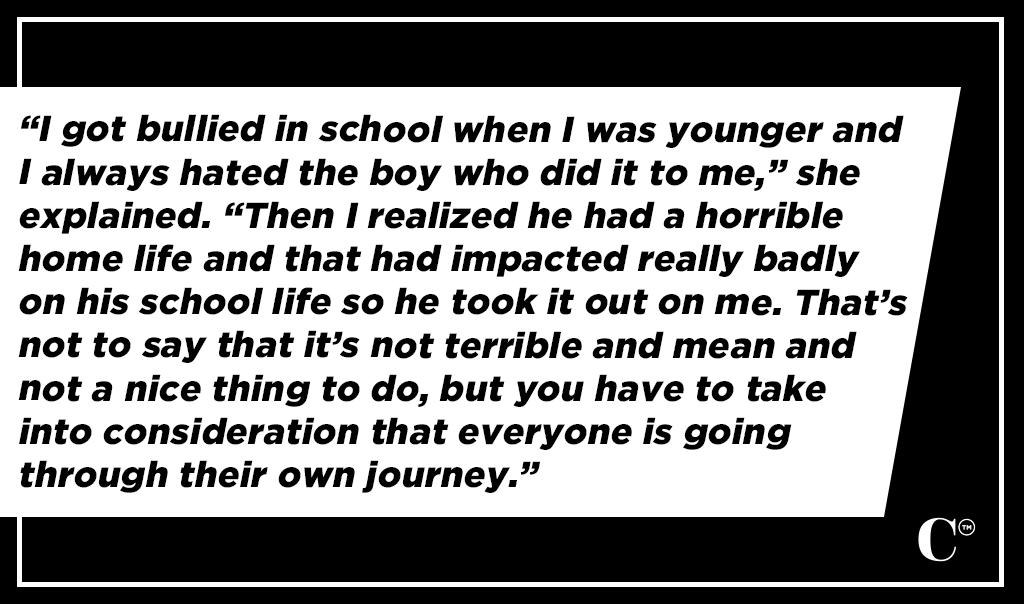 In the past, the 17-year-old has spoken out about the hate she received online, and she seemed unbothered by it.

“Internet trolls have never bothered me,” she told Harper’s Bazaar in an interview. “I don’t want to sit here and say they do, because some people it genuinely does get to and I wouldn’t want to lie and say they hurt my feelings when they don’t. I honestly actually feel really bad for them because who knows what they’re going through.”

She also explained that her positivity stems from her school days. It turns out, Brown was bullied before she stepped into the spotlight, which gave her a thick skin.

“I got bullied in school when I was younger and I always hated the boy who did it to me,” she explained. “Then I realized he had a horrible home life and that had impacted really badly on his school life so he took it out on me. That’s not to say that it’s not terrible and mean and not a nice thing to do, but you have to take into consideration that everyone is going through their own journey. As long as you accept that some people can be mean and spread a lot of hate, you just have to remember that you can spread positivity and love back and hope that they receive it. At the end of the day, I say if I’m doing my best, it’s all I can give you, and if you can’t take it then that’s your problem. As long as I give my best, and I know I’m centered and know what I’m doing, then that’s all that matters. I’m still learning a bit about that.”

But despite it not getting to her, Brown has admitted that a change needs to be made.

“I feel like change needs to happen for not only this generation but the next. Our world needs kindness and support in order for us children to grow and succeed,” she wrote on Instagram on her 16th birthday.” The last few years haven’t been easy, I’ll admit that. There are moments I get frustrated from the inaccuracy, inappropriate comments, sexualization and unnecessary insults that ultimately have resulted in pain and insecurity for me. But not ever will I be defeated. I’ll continue doing what I love and spreading the message in order to make change. Let’s focus on what needs changing and I hope this video informs you on the things that go on behind the scenes of the headlines and flashing lights. Don’t worry I’ll always find a way to smile.”

Back in March 2020, she made an appearance on Miley Cyrus‘ Instagram show, Bright Minded, and she got real about the downsides of fame once again.

“When I was 10 and in the industry, I was very confident and didn’t care what people would say about me. But recently at 15, I started having bad panic attacks and anxiety and I struggled with it and still do,” she explained. “It’s getting better. I’m working on it. I’m not as care free as I was at age 10. A lot of people have more to say about me. There’s a lot of good and bad.”

Brown continued, “My whole life is very public. Once you do one thing all eyes are on you. It can be terrifying because you can’t make a mistake. Keeping people around you that validate you and your feelings and make you feel OK [is important]. People who make me feel grounded and humbled and centered, like, OK this is OK to feel. My parents — having that support system, they tell you where you go wrong and when you’re fine and you can chill.”

Plus, in January 2019, Brown clapped back when a fan told her to “act her age” on Instagram.

“[I know] everyone on my last pic wants me to ‘act my age’ but quite frankly it’s my Instagram and if I choose to post that picture and you don’t like it… scroll past it,” she fired back on her Stories.”

Brown also told Press Trust of India in June 2019 that her “job isn’t to be famous.”

“Fame is not really something I live by. I have one job which is to act. My job isn’t to be famous,” she said. “Fortunately or unfortunately, fame comes with acting, and acting is my favorite thing on earth.”

She explained at the time that the love and support of her fellow Stranger Things costars really helped her deal with the pressures of fame.

And she was also happy to have the opportunity to use her platform for good.

“Fame has a lot of negative and positive aspects. One of the positive aspects of my fame was becoming UNICEF goodwill ambassador and so now I have my platform,” she added. “There are many actors and singers who use the platform to spread an amazing message. So for me, my message was children’s rights. Making sure that children are fulfilling their dreams and getting what they deserve — their education, clean water, vaccines, home, a family and love and a safe place to be.”

What Have Her Costars Said About The Situation? 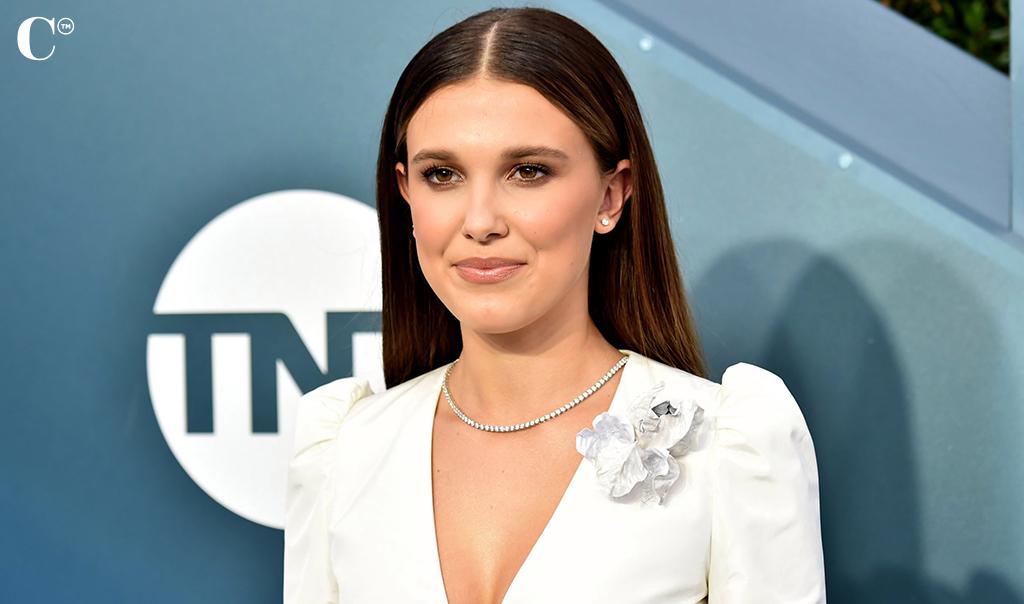 After W Magazine l listed Brown as one of the reasons TV is “sexier than ever,” her older costar Natalia Dyer addressed the situation.

“There are so many layers going on here,” the brunette beauty said to Independent. “I generally feel like, to me, it’s over sexualizing them. I feel protective over the younger kids even though they’re not kids anymore, they’re teens. They’re all great people and all having to grow up in very crazy circumstances. As a private person, I just feel like, leave people alone — unless you’re talking about their work or what they want to talk about. It’s a very tricky and complex issue. It’s a cultural issue, there must be a bigger concept behind it as to why. Just let people be the people that they are, without any judgement.”