Today marks the national holiday set aside to remember the legacy of Martin Luther King Jr. An activist, humanist, visionary 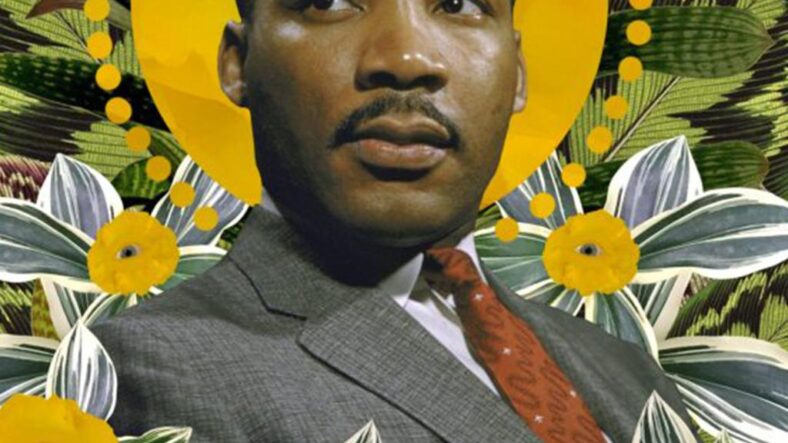 Today marks the national holiday set aside to remember the legacy of Martin Luther King Jr. An activist, humanist, visionary and Civil Rights icon, King was assassinated in 1968, but the words he spoke and the legacy he left behind has had ripple effects far behind his short 39-year life. Today is a day to reflect on the legacy of King, and to use the momentum he built in the past to shape the future. But across the United States, the varied way people celebrate the day highlights how different segments of the population approach the holiday, and what it means to different people.

The Varied Way the Day is Celebrated 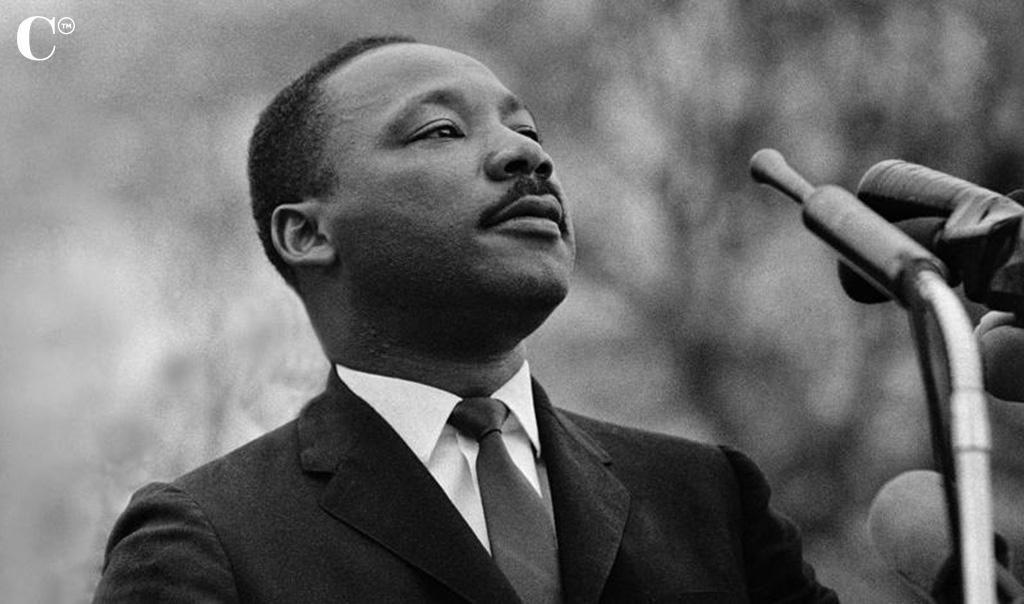 Martin Luther King Jr Day: a national holiday since the late ’80’s, across the country people observe it in different ways. While most public schools are closed and the post office doesn’t deliver mail on MLK Monday, there’s a wide variety of normal for businesses across the country.

In some states, businesses closing is just a part of the observation. In others, it’s business as usual – except for schools and the post office, of course. It’s a federal holiday, just like Christmas and New Year’s Day, so why is it so variably observed? The question strikes at the heart of a divided nation – some who prefer to look both back and forward, and others who would prefer to stay focused on the here and now.

Before the pandemic, the holiday would be observed with public speeches, parades, and community events like barbecues and gatherings to commemorate King’s legacy. In a post-pandemic world, the post office closing might be the only way some people even note its passing.

Are Politicians “White Washing” the Holiday for Personal Gain? 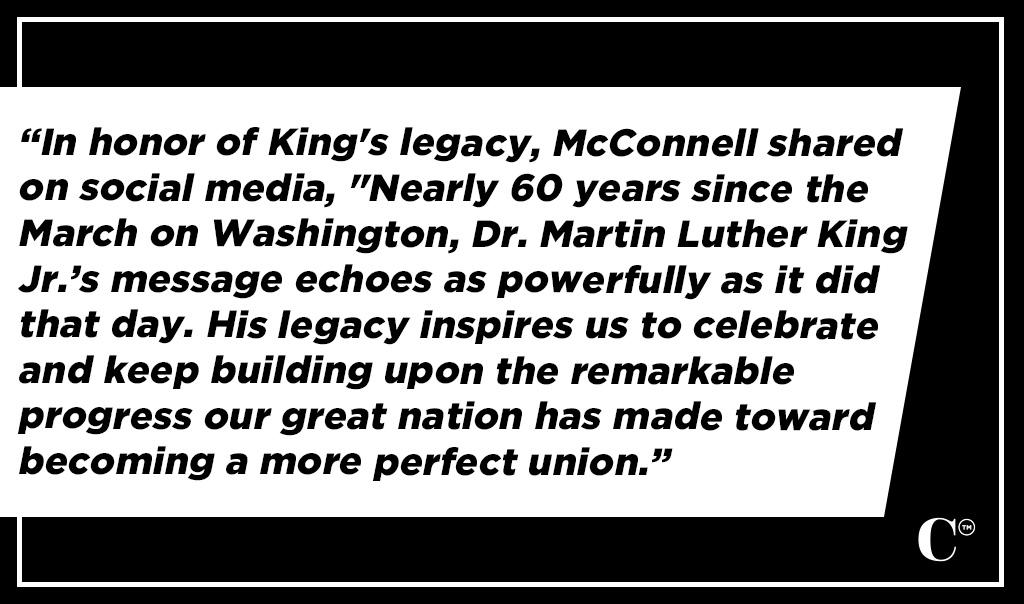 Politicians, however, aren’t wasting today’s opportunity. In Washington and across the country, politicians from both sides of the aisle are quoting Dr. King and professing to have an appreciation for the vision he held. This is resulting in a lot of backlash from people who consider it disrespectful.

Currently, one of the politicians facing the greatest ire is Senate Minority Leader Mitch McConnell. In honor of King’s legacy, McConnell shared on social media, “Nearly 60 years since the March on Washington, Dr. Martin Luther King Jr.’s message echoes as powerfully as it did that day. His legacy inspires us to celebrate and keep building upon the remarkable progress our great nation has made toward becoming a more perfect union.”

Which would be unremarkable – if McConnell weren’t currently embroiled in a fight against legislation defending voting rights. The voting rights battle in Washington is often divided along racial lines; after all, minority voters are far more likely to be affected by gerrymandering and voter suppression tactics. McConnell using King’s words while fighting against the very legacy he crafted is spurring backlash on the internet.

It’s not just McConnell though. On the left, President Joe Biden and his fellow Washington Democrats are using today’s momentum to push for landmark voting rights protections, with two bills stalled in Congress. Congressional Democrats today recall the words of King, and their message is in line with what the activist would have wanted – but some still see it as pandering and using his legacy for political gain. It should be noted that King’s descendants – notably Martin Luther King III – are supportive of Biden and the Democrat’s push for landmark voting rights protections. Business Insider shares, “King III specifically called out Democratic Sens. Kyrsten Sinema of Arizona and Joe Manchin of West Virginia, who have vowed to oppose any effort from their party to end the Senate filibuster. The senators believe scraping the tool that allows a minority party to block a vote on unfavorable legislation will only increase partisanship in the chamber. Their critics, however, say they are impeding the passage of vital legislation that will protect voting rights.

‘If you can deliver an infrastructure bill for bridges, you can deliver voting rights for Americans,’ King III said. ‘If you do not, there is no bridge in this nation that can hold the weight of that failure.’

The King family also fanned out across national media this weekend. ‘There was no way that we, in good conscience, could celebrate Martin Luther King Jr. this year without …the legislation that was the cornerstone of his legacy,’ [daughter-in-law Arndrea] Waters King told Politico.”

Across the country, debate rages about who should use King’s words, how, and when. Some Black activist accuse people of using his words to fit the agenda du jour, whitewashing his legacy with their own purpose, one which often runs contrary to a push for racial equality. But some politicians are getting it right.

Treasury Secretary Janet Yellen is using her position of power to point out inequities in the system. Yellen says that the United States economy has “never worked fairly for Black Americans — or really for any American of color.” In her speech at a breakfast hosted by National Action Network, Yellen went on to add, “Of course, no one program and no one administration can make good on the hopes and aspirations that Dr. King had for our country. There is still much more work Treasury needs to do to narrow the racial wealth divide.” 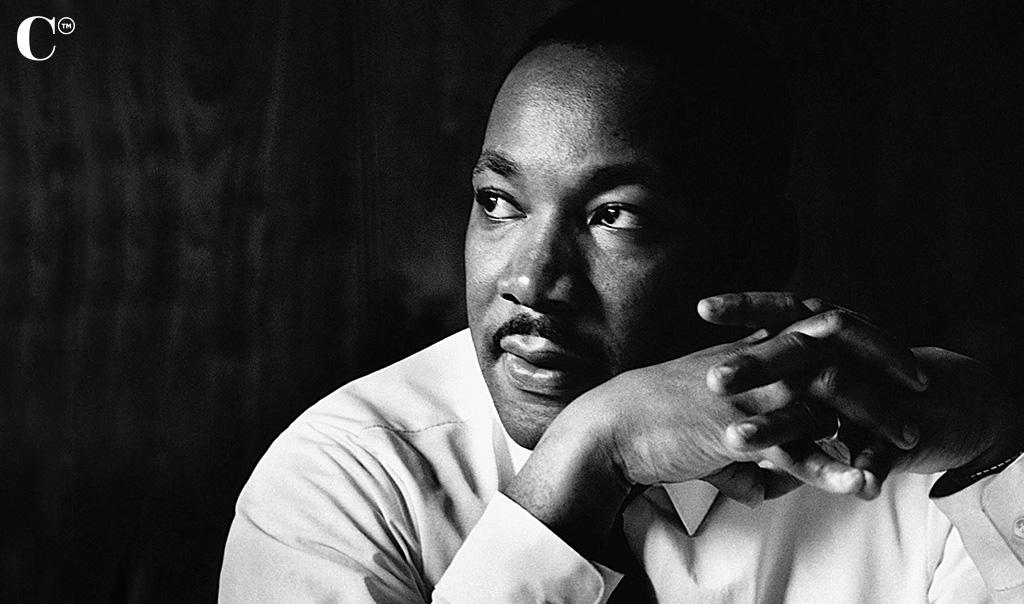 Regardless of which side of the aisle you tread or how you feel about politicians evoking the words of Dr.King, pretty much everyone can agree on one thing: King had the gift of the word. Whether in a written letter or an impassioned speech, his ability to make people think and inspire makes him one of the greatest orators of the modern era, and certainly one of the most influential. Few great leaders are recognized during their life to the degree they deserve, but King was an exception to that rule. Vibrant, powerful, fierce; even his opponents couldn’t help but be impressed.

Born Michael King Jr January 15, 1929, King grew up in Georgia. Biography says of his life in summary, “Martin Luther King Jr. was a Baptist minister and civil-rights activist who had a seismic impact on race relations in the United States, beginning in the mid-1950s.

Among his many efforts, King headed the Southern Christian Leadership Conference (SCLC). Through his activism and inspirational speeches, he played a pivotal role in ending the legal segregation of African American citizens in the United States, as well as the creation of the Civil Rights Act of 1964 and the Voting Rights Act of 1965.

King won the Nobel Peace Prize in 1964, among several other honors. He continues to be remembered as one of the most influential and inspirational African American leaders in history.”

A Morehouse College graduate, King helped plan the Montgomery Bus Boycott inspired by Rosa Parks, and famously said, “We have no alternative but to protest. For many years we have shown an amazing patience. We have sometimes given our white brothers the feeling that we liked the way we were being treated. But we come here tonight to be saved from that patience that makes us patient with anything less than freedom and justice.”

Throughout the years, as a steadfast leader in the Civil Rights movement, King’s words would become the sound of a generation. His, “I have a dream,” speech is one of the most recognized and studied in the nation’s history, his words still relevant and poignant to this day. And while imprisoned in Birmingham, Alabama, for a peaceful protest that he organized, King wrote the famous Letter from Birmingham Jail, which read in part, “Nonviolent direct action seeks to create such a crisis and foster such a tension that a community, which has constantly refused to negotiate, is forced to confront the issue.”

King endured beating, firehoses, dogs being turned loose on him, threats of death and imprisonment in his push for equality. Ultimately, his life was cut tragically short at just 39 when he was assassinated in 1968 by malcontent James Earl Ray.

In his later years, King’s nonviolent approach was criticized by more volatile activists such as the followers of Malcolm X – but King said all along that he understood the violence, calling a riot, “the language of the unheard.” Nonetheless, understanding violence is a far cry from committing it and King was a steadfast advocate for making society better, not destroying it.

That belief in the effectiveness of nonviolent methods has often been used to decry the Black Lives Matter movement, but it misses the point entirely that King understood the necessity of anger. Politicians using his words often seem poorly versed in the actual beliefs of King which lie behind his poetic and prophetic words – and there enlies the problem.

As Martin Luther King Jr Day 2022 is observed and passes into the history books, today is a good day to reflect on his true legacy and learn – and then apply that knowledge to the future. It’s the perfect way to honor the visionary legend himself.