Everyone knows that Kris Jenner was the original "momager." And now, Moxy Hotels is paying homage to the woman in 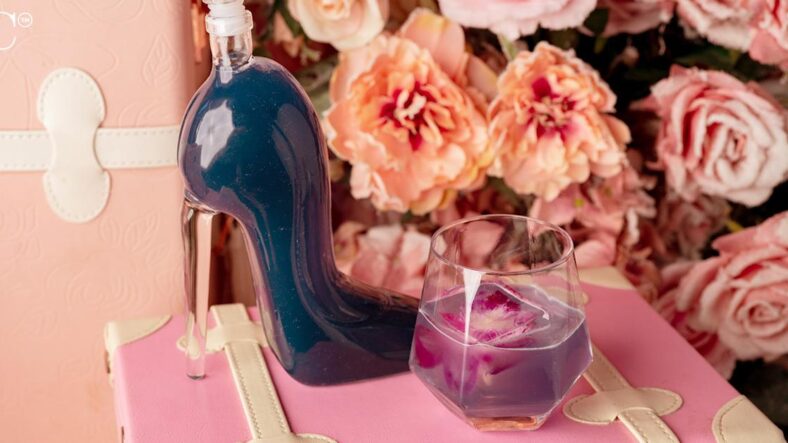 Everyone knows that Kris Jenner was the original "momager." And now, Moxy Hotels is paying homage to the woman in charge at Magic Hour Rooftop Bar and Lounge with her very own Momager Kocktail. The playful new flavor comes as fans gear up for the April 14 release of the Kardashian/Jenner family's newest reality series: The Kardashians, on Hulu. And, as you'll note, they've even thrown a "K" in the name to make sure it's up to Kardashian family standards.

In homage to the OG Momager herself, Kris Jenner, Moxy Hotel with Magic Hour Rooftop Bar is offering a delicious new drink. The The Kardashians' premiere less than a week away, it's time to don all your Kardashian gear, get your favorite snacks, and prepare for The Family to return to reality streaming.

Magic Hour will make your premiere celebration a little more special, with the Momager Kocktail.

Made to serve 2-4 people, this drink is made from Empress Gin, Avuá Amburana Cachaça, Blue Spirulina Honey Nectar, Vanilla & Orange Cream. It sounds like the taste of Summer – with a bit of Hollywood glam twist.

As you're delighting your tastebuds with this new drink, you can enjoy some of Magic Hour's classic offerings such as Cheesy Breadstick Tower and decadent desserts such as The Sweetest Surprise and Pink Bling Ring Donuts.

For more information on the Momager Kocktail or to plan your evening at Magic Hour, visit the website.

Of course, stopping by to indulge in a Momager means visiting more than just a place to set your drink. Magic Hour is an experience unto itself, with some of the best views in NYC and an electric atmosphere that'ssecond to none.

CELEB explored this exciting destination venue when they donned breathtaking pink silk roses for Summer 2021; "The Moxy Hotel Times Square is perfectly positioned to be a unique NYC locale, with all the flair and individualistic design that makes it a must-see on any downtown trip. Magic Hour’s rooftop perch cements the hotel’s flawless command of 7th Ave., boasting the largest rooftop lounge downtown.

The website’s description says of Magic Hour; 'Perched 18 floors above the city, Magic Hour boasts five distinct environments. The gallery-like entrance hall features whimsical topiary animals in naughty positions. A small interior lounge has a sexy urban-industrial vibe, with wire mesh panels riveted to the ceiling and walls. There are two separate outdoor areas: The east side, overlooking the Empire State Building, has elegant garden-party fixtures, while the west is more overtly carnival-esque, with one seating area rotating slowly like an antique carousel.'"

If it's charm, uniqueness, and atmosphere you seek – Magic Hour is the place to be in NYC.

‘The Kardashians’ on Hulu – The Big Day is Almost Here

But let's talk for a minute about what the Momager is celebration – the Kardashian/Jenner family's triumphant return to reality TV. The family members have been through the wringer in recent months, with some of the family's struggles including:

But now, they're coming together again as a family to share the ins and outs of their lives and reclaim their story. No longer subject to the "pick and choose" of headlines, the Kardashian family will once again control the narrative of their family's story – another in a long line of clever business decisions.