Media bias is a topic oft-discussed when politics are involved. One side always claims the other is reporting disingenuous, or 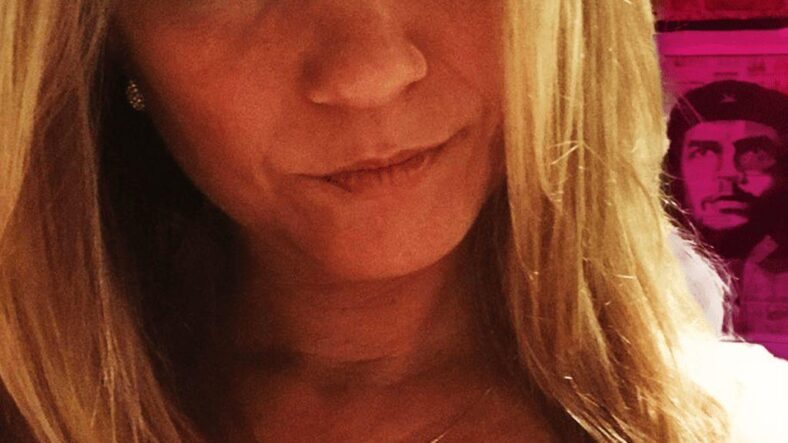 Media bias is a topic oft-discussed when politics are involved. One side always claims the other is reporting disingenuous, or sometimes outright inaccurate, information about the topics they consider the most important. But the news networks continue to reassure their viewers that they are reporting honestly, and thoroughly. It is therefore alarming to hear an insider accusing a major news network of using ratings to determine the value of information reported and silencing voices that could provide tempering and vital information.

Ariana Pekary began her broadcast career at NPR, in 2002. Pekary spent years learning from some of the best in the business before she began working at The Bob Edwards Show in 2007. During her time there, she produced several critically-acclaimed documentaries, earning multiple awards. In 2013, she was offered a job with MSNBC, where she helped launch a new program with Alec Baldwin. Pekary has worked at MSNBC ever since. The Virginia native has had a career filled with accolades, and she has earned the respect of peers and career professionals.

It is shocking to read her scathing words against MSNBC, and the letter pulls no punches. Pekary accuses the network of using fringe voices to drum up ratings. The now-former producer claims that much of what drove the content of their news reports amounts to nothing more than money-centered, drama-driving ratings chasing. The letter expands on her claims, suggesting that, in Pekary’s opinion, the media has played a role in the currently chaotic political climate, and that they are doing their viewers no service by reporting what they want to hear, rather than what they need to.

We have included the letter in its entirety, from her website:

That’s the advice Alec gave me a year and a half ago when I expressed concerns about my job.

“You just quit. It’s that simple.”

“Stay at MSNBC at least until the midterms,” Jeffrey said a couple of years back. He advised me to watch and see what happens.

“Hang in there… you’re needed,” Elizabeth recommended last winter. “I was in your shoes when I was younger but I stuck it out.”

A year and a half ago, simply quitting my job without knowing my next step sounded pretty radical. So I stuck it out a bit longer until we were in the middle of a pandemic to make a truly radical move.

July 24th was my last day at MSNBC. I don’t know what I’m going to do next exactly but I simply couldn’t stay there anymore. My colleagues are very smart people with good intentions. The problem is the job itself. It forces skilled journalists to make bad decisions daily.

You may not watch MSNBC but just know that this problem still affects you, too. All the commercial networks function the same – and no doubt that content seeps into your social media feed, one way or the other.

I may be more sensitive to the editorial process due to my background in public radio, where no decision I ever witnessed was predicated on how a topic or guest would “rate.” The longer I was at MSNBC, the more I saw such choices — it’s practically baked into the editorial process – and those decisions affect news content every day. Likewise, it’s taboo to discuss how the ratings scheme distorts content, or it’s simply taken for granted because everyone in the commercial broadcast news industry is doing the exact same thing.

But behind closed doors, industry leaders will admit the damage that’s being done.

“We are a cancer and there is no cure,” a successful and insightful TV veteran said to me. “But if you could find a cure, it would change the world.”

As it is, this cancer stokes national division, even in the middle of a civil rights crisis. The model blocks diversity of thought and content because the networks have incentives to amplify fringe voices and events, at the expense of others… all because it pumps up the ratings.

This cancer risks human lives, even in the middle of a pandemic. The primary focus quickly became what Donald Trump was doing (poorly) to address the crisis, rather than the science itself. As new details have become available about antibodies, a vaccine, or how COVID actually spreads, producers still want to focus on the politics. Important facts or studies get buried.

This cancer risks our democracy, even in the middle of a presidential election. Any discussion about the election usually focuses on Donald Trump, not Joe Biden, a repeat offense from 2016 (Trump smothers out all other coverage). Also important is to ensure citizens can vote by mail this year, but I’ve watched that topic get ignored or “killed” numerous times.

Context and factual data are often considered too cumbersome for the audience. There may be some truth to that (our education system really should improve the critical thinking skills of Americans) – but another hard truth is that it is the job of journalists to teach and inform, which means they might need to figure out a better way to do that. They could contemplate more creative methods for captivating an audience. Just about anything would improve the current process, which can be pretty rudimentary (think basing today’s content on whatever rated well yesterday, or look to see what’s trending online today).

Occasionally, the producers will choose to do a topic or story without regard for how they think it will rate, but that is the exception, not the rule. Due to the simple structure of the industry – the desire to charge more money for commercials, as well as the ratings bonuses that top-tier decision-makers earn – they always relapse into their old profitable programming habits.

I understand that the journalistic process is largely subjective and any group of individuals may justify a different set of priorities on any given day. Therefore, it’s particularly notable to me, for one, that nearly every rundown at the network is the same, hour after hour. And two, they use this subjective nature of the news to justify economically beneficial decisions. I’ve even heard producers deny their role as journalists. A very capable senior producer once said: “Our viewers don’t consider us the news. They come to us for comfort.”

Again, personally, I don’t think people need to change. I think the job itself needs to change. There is a better way to do this. I’m not so cynical to think that we are doomed (though we are on that path). I know we can find a cure. If we can figure how to send a man to the moon, if Alex Trebek can defy the odds with stage 4 pancreatic cancer, and if Harry Reid can overcome pancreatic cancer (he’s now cancer-free), then we can fix this, too.

I know James Baldwin wasn’t thinking about MSNBC when he wrote that line in 1962, but those words spoke loudly to me in the summer of 2020. Unfortunately, many of the same ailments are still at stake today. Now maybe we can’t change the inherently broken structure of broadcast news, but I know for certain that it won’t change unless we face it, in public, and at least try to change it.

Through this pandemic and the surreal, alienating lockdown, I’ve witnessed many people question their lives and what they’re doing with their time on this planet. I reckon I’m one of those people, looking for greater meaning and truth. As much as I love my life in New York City and don’t want to leave, I feel fortunate to be able to return to Virginia in the near term to reconnect with family, friends, and a community of independent journalists. I’m both nervous and excited about this change. Thanks to COVID-19, I’m learning to live with uncertainty.

And so very soon, I’m going to be seeking you out, any one of you who also may sense that the news is fundamentally flawed and is frustrated by it. This effort will start informally but I hope to crystallize a plan for when better, safer days are upon us. On that front, feel free to reach out anytime if you would like to discuss any of this – whether in agreement or not. More than ever, I’m craving a full and civil discourse.

Until next time, thank you for reading. I wish you all well.

Pekary expresses concerns about the COVID-19 pandemic and suggests that people are endangered by the pandering she claims the network is engaging in. The former producer suggests that it’s not solely an MSNBC problem; the entire framework of modern major news network reporting is ratings-driven and therefore detracts from what should be driving reporting; facts, and important information. In the letter, it is clear that Pekary considers her former news network and others, “part of the problem,” and that their desire to get the highest ratings and earn the greatest viewership has decreased the integrity and value of the news they report. She claims that to fix this, the issues must be exposed and discussed in the open, instead of behind closed doors, as it would seem her colleagues have suggested over the years.

Pekary is not alone. Bari Weiss, a former op-ed staff editor for the New York Times, recently resigned from the newspaper, claiming that Twitter and mob rule have begun to shape how news is reported. As a part of her resignation letter, Weiss suggests parallel concerns to Pekary, claiming that truth is pre-determined and no longer a matter of a journey to discovery. FoxNews reports her words, “But the lessons that ought to have followed the election — lessons about the importance of understanding other Americans, the necessity of resisting tribalism, and the centrality of the free exchange of ideas to a democratic society — have not been learned,’ Weiss wrote. ‘Instead, a new consensus has emerged in the press, but perhaps especially at this paper: that truth isn’t a process of collective discovery, but an orthodoxy already known to an enlightened few whose job is to inform everyone else.’”

Pekary and Weiss are not the first to make these claims against major news networks, but do their very public gestures signal the start of a period of self-reflection for news media? TheHill reports that “MSNBC is having its best year from a ratings perspective in its 24-year history and is currently the second-most-watched channel on cable behind Fox News.” In the face of such success, it seems doubtful that the networks will respond to such criticism with self-reflection. But both Pekary and Weiss have suggested that this is a problem viewers can no longer ignore when choosing which networks to turn to for their information.