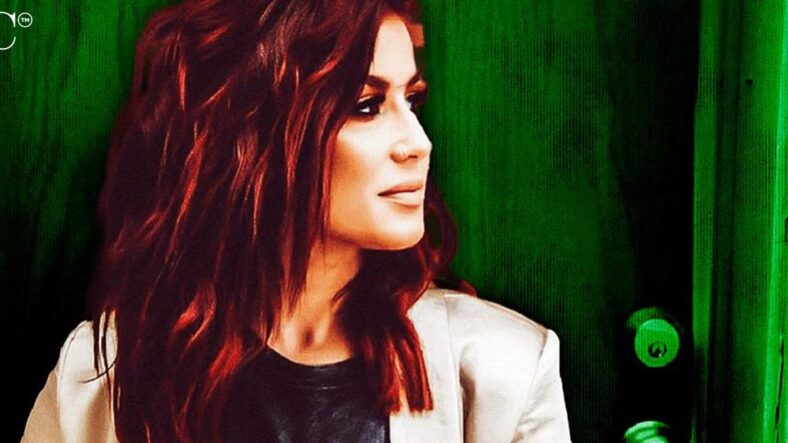 Chelsea Houska and Cole DeBoer who made their television debut on Teen Mom 2 have come a long way in their careers. The couple has recently announced their new business endeavor, a home improvement show on HGTV. The six-episode limited series titled Farmhouse Fabulous is set to premiere in Spring 2023. It will document the lives of Houska and DeBoer as they launch a full-time renovation and design business to help local families make over their homes.

The couple did a Q&A with fans via an Instagram Story on June 2 which allowed fans to ask them about their upcoming series.

“A Night And Day Difference [From ‘Teen Mom’]”

One fan asked Cole specifically how he feels about taping Farmhouse Fabulous compared to Teen Mom.

"You have no idea," responded Cole. “It’s like a night and day difference [from Teen Mom] for me. I’m thoroughly enjoying this and I actually feel comfortable. It’s been amazing," he added.

Chelsea chimed in, in the background, "He's working his a– off."

The couple's four children will be on the show. Chelsea announced during the Q&A, "They make appearances. It's just, you know, it's different than Teen Mom where it's not diving into their lives."

Chelsea added in, "We have been working so hard on some projects already, and we are just having so much fun and we're excited! We cannot wait to bring you guys into a new part of our life and a new chapter – to see a different side of us."

The couple is said to spend "five or six days a week" filming, some days being "10+ hours."

Chelsea and Cole quit MTV after appearing on the Teen Mom franchise for over a decade. In November 2020 she revealed to her followers, "After much thought and discussion with my family and friends, Cole and I have decided that this season will be our last."

The teaser for the Teen Mom episode which revealed her decision aired in December 2020. Chelsea is heard saying to her husband, "Something’s been weighing on me the last few months, and I’m finally ready to talk about it on camera." She continued, “I’ve really been thinking about it lately, and I just feel like I’m questioning if my time on the show Teen Mom is coming to an end. Thinking about it, it’s definitely not an easy decision. I’ve been doing this since I was 17.”

Chelsea shared her appreciation for MTV and their crew from the show who had become like "family" to them over the years. She concluded, "We're parting on the best terms and will stay in touch long after this. We're proud to have been able to share our story and are so grateful to the fans who have followed our journey from the beginning."

The Lawsuit That Came Before The Show

Chelsea and Cole entered a contract with Envy in 2016 in exchange for a portion of the revenue they make off of social media promotions and business deals. However, the ongoing legal battle put both parties up against the wall.

In the lawsuit Envy claimed that they entered a contract with The William Gerard Group in 2015 in order to provide consulting services to Houska and DeBoer, who entered the contract in 2016, in exchange for a portion of the revenue made from deals, according to The Sun.

From 2015 through 2019, Envy worked as a "consultant to negotiate appearance, endorsement, licensing, royalty and television agreements and related contracts."

Houska and her husband were required to pay Encvy 35 percent of all fees or royalties for domestic deals and 40 percent for foreign deals. But, there was a breach in the contract.

The court papers claim that the couple "failed to pay any of the contractually required fees." The papers also revealed that they "breached their contracts by directing certain brands to directly pay Houska, DeBoer, one of the other Shared Clients, and/or other persons or entities to avoid paying Envy Licensing Fees." And it didn't stop there.

The court papers exposed the MTV stars for failing "to perform, without any cause or reason, many of their responsibilities to the Brands." And, not meeting these obligation caused them to "forfeit certain fees upon which Envy was entitled to receive." The papers claim that Houska and DeBoer made "millions of dollars" due to the efforts of Envy therefor, they are suing the couple for $3 million.

The Couple Clapped Back

Houska and DeBoer made it clear that they weren't going down without a fight. In May 2020 they filed a counterclaim which stated that Envy withheld $150,000 from them. While denying all claims about owing money to Envy they also claimed that the company "wrongfully withheld payments due to Chelsea."

The reality TV couple also claimed Envy "intentionally omitted numerous deals and/or revenues from the Account Statements for the sole purpose of depriving Chelsea, Cole, and TWGG from receiving funds rightfully due and owing to them."