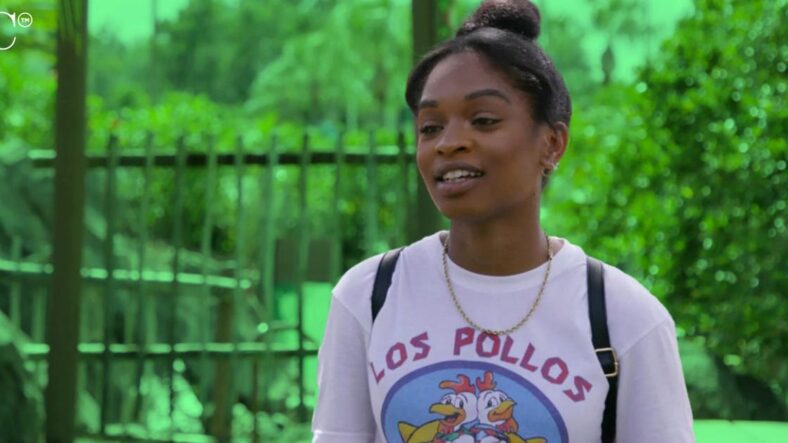 Devoin Austin shares his daughter, Nova, with other Teen Mom 2 star, Briana DeJesus. The former couple have delivered enough drama to last a lifetime, but a new scene of Teen Mom 2 shares a moment of parents being amicable. The scene also shocked viewers with a surprise appearance of Austin's longtime girlfriend. Jazmine Williams and Austin have been together for a while now but, it wasn't until Tuesday that she debuted on the show.

Open And Honest With His Beau

Williams started the conversation by asking her beau about his recent San Diego trip to film Teen Mom Family Reunion. During the reunion he had an emotional therapy session with DeJesus to work out their struggles with co-parenting.

Austin shared with Williams that the experience allowed him the opportunity to open up to DeJesus about the things that he's been going through. Watching the show, there was a flashback to a moment during the reunion. The scene showed the ex's sitting down and Devoin, teary-eyed, promising DeJesus that he would do more for their daughter.

While talking with Williams, the young dad acknowledged his faults, explaining that DeJesus wants him to be "more present" in their daughter's life. He also expressed his gratitude for being able to share a civil exchange with his ex rather than their typical explosive arguments.

During their conversation Williams showed her support for Austin by telling him that she hopes for them continue moving forward and be "closer" as a family.

Devoin also shared with her his plans to go to dinner with Briana and Nova. Staying supportive, Williams replied with a big smile, "That'll be fun!" She understood and expressed how wonderful it would be for Nova to have her parents together for a meal.

With so many positive things to say and being so supportive towards her boyfriend, we can only hope to see more of Williams on screen. Austin has mentioned her on the show plenty in the past but this was our first time meeting her.

During the Teen Mom Family Reunion Austin revealed to DeJesus that he's making plans to propose to his longtime girlfriend. However, we have yet to receive any updates on the engagement.