Teen Mom stars, Catelynn Baltierra and Tyler Baltierra share four daughters, one of whom they placed up for adoption when 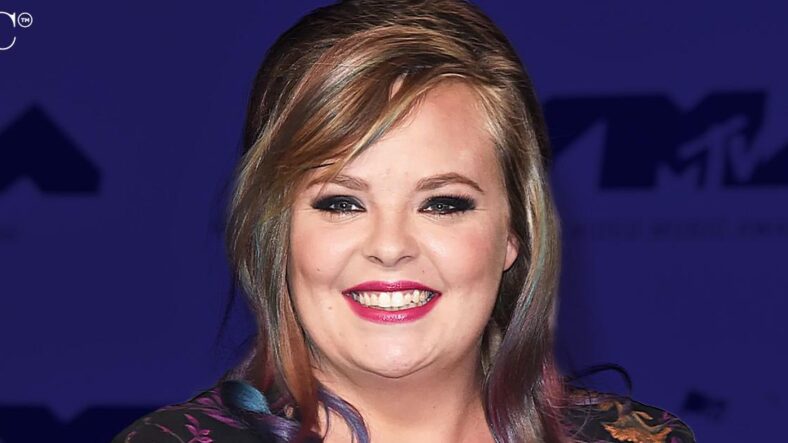 Teen Mom stars, Catelynn Baltierra and Tyler Baltierra share four daughters, one of whom they placed up for adoption when they were in high school. In the television series, the couple gave viewers an honest inside look at the adoption process and what it fully entails on both sides of the situation. They were lucky to settle on an agreement for an open adoption with the couple who now raises their firstborn and have continued to give fans an inside look at that relationship dynamic.

Eleven years later and they now have three more wonderful daughters, Nova, Vaeda and Rya who they raise together. And, they recently made it clear that there will be no more babies thrown into the mix, as Tyler got a vasectomy. But, that doesn't stop them from showing off the little products of themselves already created.

Rya Rose Gets The Spotlight

Last week, Catelynn showed a kind video of her infant daughter, Rya. The nine-month-old, blue-eyed gal was seen chowing on some berries in a baby feeder. Baltierra captioned the post, "Someone enjoyed her berries."

Fans flooded the comment section with love, one writing, "Miss my little friend." Another added in, "So cute! You guys make cute kiddos!" And, a third fan wrote, "So cute. You can tell the girls are sister. But this little one has a bit of a different look."

Tyler Gushes Over His Baby Girl

Back in April Tyler shared an adorable photo of the couple's newest born sitting in her high chair with a bib over her shirt. He [fairly] questioned, "How am I supposed to finish cleaning the house when this little face keeps trying to talk to me?!" And honestly Tyler, we have no idea because we wouldn't be able to either. He answered his own question in the caption with, "It's simple, I just don't worry about the house lol the mess isn't going anywhere! But I won't ever get these little baby babble conversations back once they're gone. So I make sure to just stop what I'm doing to soak in every little word she says. She won't be a baby forever!"

No More Babies For the Baltierra’s

The candid couple took the news about Tyler's vasectomy to Instagram. Cate captioned a video of her husband post procedure which read, "@tylerbaltierramtv took one for the team *crying face emoji* *heart emoji* *winky tongue out emoji* #nomorebabieshere."

The Instagram video showed Tyler relaxing with their youngest baby holding an ice pack to his crotch with a song playing in the background "Va-va-vasectomy. I had too many kids, it's what society expects of me." Tyler goes from a serious face to genuine laughter once he realizes the tune playing.

Tyler responded to the video "If ANYONE has taken one for the team it’s YOU! Your amazing body has carried & birthed 4 beautiful babies, all I had to do was get a shot & 2 snips! Once I figured out what the song was though, I was dyyyiiinngg lmao I love you!!! "

And, following his loving words towards his wife were some honest ones for those who refuse to get this procedure.

Tyler continued in his comment, "But on another note…I’ve recently been seeing a lot of women saying that their significant others didn’t want to get one. This is WILD to me! Any man who’s not willing to get a vasectomy so his wife doesn’t have to get her tubes tied is pathetic as hell & I’m sorry that you’re with such a selfish weak man…you deserve better! (thank you for coming to my tedtalk) hahaha! ‍♂️"

Cate's husband also went on Instagram LIVE on Friday, May 6 to answer questions from fans about the topic.

One fan wrote in the comment section of the video, "More babies?" to which Tyler responded, "No more babies! We are all done. This is the last baby right here. All done." He also added in, "Honestly, I'm happy about it."