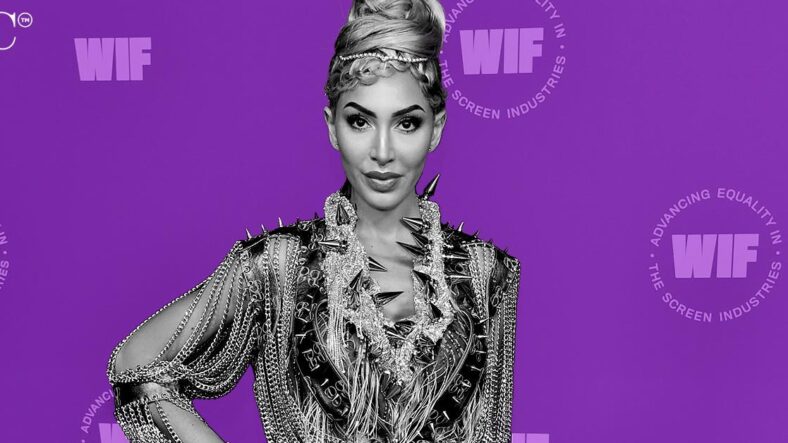 Teen Mom star Farrah Abraham is becoming more famous for going under the knife than for her role on the show. And while the old saying goes, "all publicity is good publicity," that might no longer serve true for Abraham. After she posted a side-by-side before and after photo of her plastic surgery, fans expressed their concern for the mom of one.

The 30-year-old television personality has altered her appearance dramatically throughout the years. In Farrah's recent side-by-side before and after photo of her plastic surgery, she captioned "God is good", fans couldn't help but share their opinions of her new look.

The "before" image showed Farrah with natural brown hair, her original features, and a kind smile. Her "after" photo, however, was much different. The ex MTV star now flaunts platinum blonde hair, prominent cheekbones, and a large pout.

Fans flooded the comment sections noting how pretty she was before all of the work she had done. One Instagram user wrote, "Farrah was naturally beautiful until she had all that surgery that messed up her natural beauty." Another wrote, "Farrah was prettier when younger now her face all fake."

Screenshots of Farrah from a video on Reddit were posted by fans who captioned, "Farrah's filters are getting out of control." One fan wrote, "She had such a nice face before she started messing with it." Another commented, "She has completely ruined her face." A third user wrote, "She doesn't really have any of her original features left now… just filler instead of face."

2013: a second breast augmentation to increase her cup size from a C to a D. In the same year she got lip injections as well.

2015: a third breast augmentation to correct a botched procedure. She also got botox and fillers in her face.

And, although she seems to be happy with her new look, in her book, Dream Twenties: Self Guided Self Help Memoir, she got real about her surgeries.

The author wrote, "Yes, it's true, I got plastic surgery and with that responsibility and freedom, there is a lot I learned." Abraham even admitted to regretting one surgery, "There will be those insecure times with plastic surgery, where it's not like the amazing boob job that just changed your world where life is going to stay sunny and pour money all over you, no I'm talking about when I got a chin implant."

Fillers Are Still There But Filters Are Not

Abraham recently got angry with Instagram for not allowing her to use her face filters in her home state of Texas. Wearing a small, grey spaghetti strap t-shirt, that showed off her cleavage she shared, "I'm mad at Instagram. I cannot use my own face filters."

Why is this happening you ask? Well, on May 11, 2022, Instagram's parent company, Meta, removed various filters related to facial recognition in Texas, after Texas Attorney General Ken Paxton filed a lawsuit against Meta, accusing the company of not properly using its facial recognition technology, according to The Sun.

Paxton alleges Meta keeps Texans' biometric information stored within their system without consent – something he says they cannot do, as stated by the lawsuit.

The face filters allowed on Instagram break the Texas Capture or Use Biometric Identifier Act, according to Paxton, therefore, cannot be used within state lines. The only filters that back be used are ones that change the background or coloring of an image. So basically, anything that records facial geometry is not allowed.

Safe to say that Abraham isn't happy about this but, at least she has her real life fillers to make up for her lack of filter use.