Is Kailyn Lowry Getting Fired Before She Quits?

Even if you don't keep up with the Teen Mom franchise you most likely know the name Kailyn Lowry. The 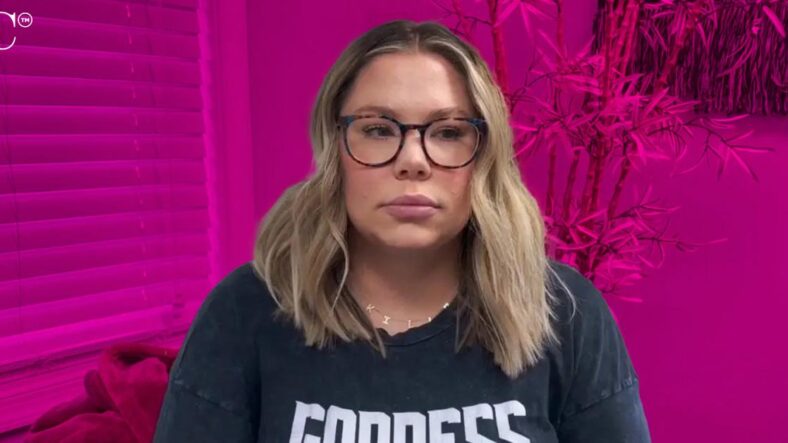 Even if you don't keep up with the Teen Mom franchise you most likely know the name Kailyn Lowry. The mother of four is well-known for her constant drama between her multiple baby daddies, her castmate Briana DeJesus and now, producers of the show.

Lowry Flips The Bird To A Producer

Once again, Lowry has refused to film content that the franchise asks of her. And, if only it was that simple. The Teen Mom star has had an attitude shift over the years which has damaged her relationships with castmates, show producers, and others. Lowry has refused to film major things in her life which is basically what her role on Teen Mom is meant more. And, in recent footage from the season finale of Teen Mom 2 Lowry is heard saying, "MTV is gonna fire me after this."

Lowry is seen in her podcast studio with her Baby Mamas, No Drama podcast co-host Vee Rivera talking with producers about content she doesn't want to film. She claimed that she wasn't being "respected" by the franchise and therefore refused to discuss her personal life with her exes on camera.

Executive Producer Larry Musnik came in to calm the situation with Kail however, it didn't necessarily go to plan.

In the scene Lowry speaks up, "I thought I was fired." Munik responded, "That's not in a position. This is the last shoot of the cycle. you know? you did take a sabbatical for a little period of time and then you came back.." He continued to explain that they [the producers] also asked the other cast members such as, Leah Messer, about their exes.

Lowry clapped back, "Ya'll don't hound anybody else about their baby dads the way that ya'll pressure me to talk to me about mine."

Musnik appeared to disagree with questions and then explained, "I think it's less the drama and just the logistics almost." He continued, "You've got four boys, three dads, and a lot of moving around. A lot of moving pieces on how to move that life." To which Lowry responded, "And, I get that and I want to share that with you guys but, it also makes me nervous."

Another producer questioned if Lowry continued her podcast while she took a hiatus from filming. The 30-year-old mom revealed, "I make more money podcasting than I do on Teen Mom." And while Musnik applauded her success he also reminded her that it was her initial role on the show that made it all possible. A.K.A don't bite the hand that feeds you.

The clip on that the franchise shared to Instagram ended with Lowry flipping her middle finger at Musnik and saying "Love ya'll."

Fans Beg For Her To Be Gone

Fans of the franchise rushed the comment section with anger, begging for MTV to fire the reality TV star.

One fan wrote, "All she does is complain!" Another added, "Kail needs to go on! She's turning into a Farrah!

A third user chimed in, "Biting the hand that fed her."

And, another commented on her attitude saying, "You're rude and ungrateful. Bye!"

Absent At The Reunion

After the airing of the season finale clip, it was also exposed that Lowry decided not to attend the show's reunion. The episodes co-host, Nessa Diab, told her, "We wish you were here." Howeverm Lowry felt different responding, "I'm glad I'm not."

The show's other co-host, Drew Pinksy, asked "Do you wanna stay on the show?" to which Lowry just shrugged and looked away.

Fans continued to spread their loss of interest in her, this time on Twitter, writing, "Kail is so toxic to her producers and she shouldn't be allowed to film anymore." Another said, "She is being rude and disrespectful." And a third stated, "This needs to be Kail's last season."