The dating life of Kailyn Lowry might be puzzling to understand but, one thing guaranteed is that it isn't ever 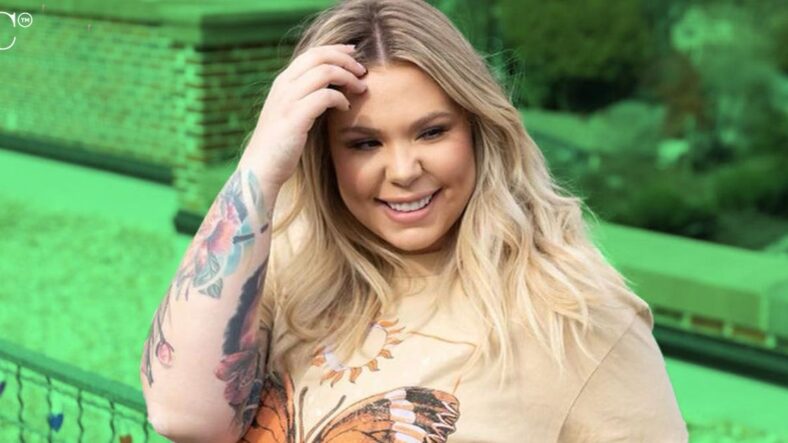 The dating life of Kailyn Lowry might be puzzling to understand but, one thing guaranteed is that it isn't ever boring.

The MTV star shares a son, Isaac, with her ex Jo Rivera, another son, Lincoln, with her ex-husband, Javi Marroquin, and two more sons, Lux and Creed with her ex, Chris Lopez.

Her baby daddy drama had often been aired out to the Teen Mom franchise, with Lopez specifically.

Another ex that kept the drama high was Malik Montgomery. He claims that Lowry cheated on him while they were together which she recently explained was not true. Last week on an episode of her Coffee Convos podcast, the mom of four admitted to having been unfaithful in past relationships, but, not to Malik.

But, we'll spare you the details of the past drama you already know about. Let's get to the new details we have about Lowry's previous secret romance with an inmate.

During a segment of "Down in the DM's," a listener of Lowry's show shared their story about a relationship they had with a felon which inspired Lowry to share her experience dating someone on the inside as well.

Lowry gushed over her ex to her co-host, Vee Rivera, saying, "My felon was – he's the one- to this day, he has my heart, my love."

Lowry went on to share the conversation she had with him when ending their romance, insisting that it was necessary.

She explained, "I told him… when I ended it, I was just like, I love you so much but, you know, you've been in prison for nine years.And you're going to be in there for the rest of this year, and when you come out, you're going to have to do a lot of adjusting to society, and I don't think that I should be a distraction from that, and I don't think that it's realistic for you to move to Delaware right away and things like that."

"I said, 'when you get out, call me.' But like, right now, I mean, I was in the thick of my depression too, so I was like, I can't, I just couldn't give myself…," admitted Lowry.

The mom of four didn't go into detail about her exes imprisonment but she did reveal her thoughts, saying that he was "over-sentenced" for his crimes.

She continued, "Not a bad person… but I definitely think he was over-sentenced for what his crime was. I mean, he didn't kill anybody, nothing like that… he didn't snitch on anyone, and everyone else got out in 2 or 3 years…"

"And he went in as a kid, so to me, I just feel like he was over-sentenced, and I'm like, where's Kim K [Kardashian] cus we need her right now," she concluded.

Hm. Say what you want about Lowry but she seems to still be latched on to this man…

However, we can't forget about her new beau Elijah Scott.

What’s In The Cards For Scott? 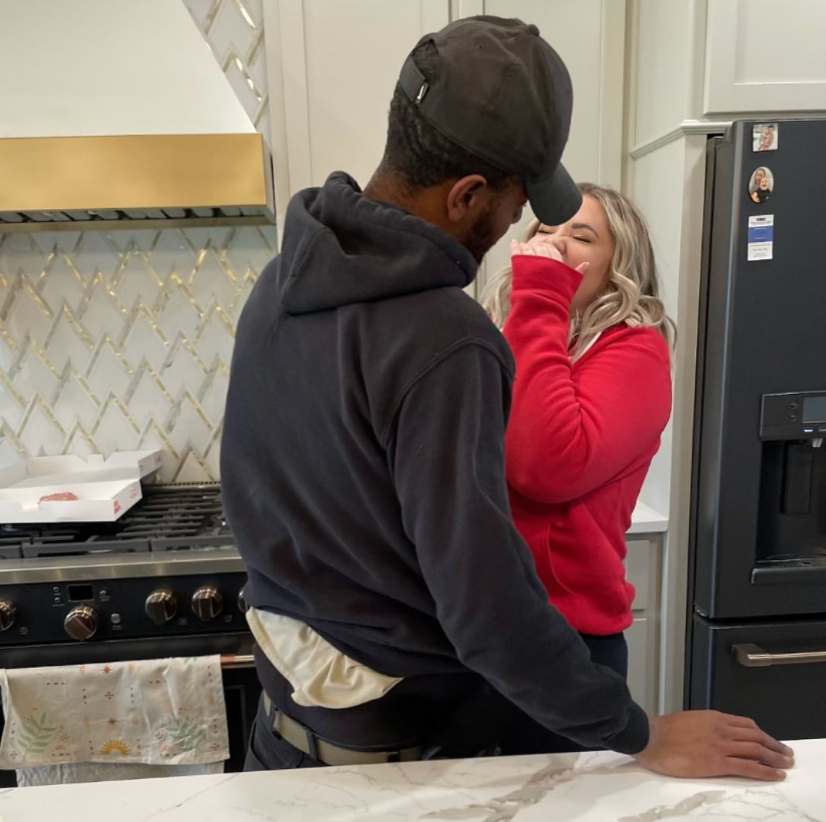 Lowry recently went public with her new man with a "soft launch" of their relationship. She posted a photo of them in the kitchen which shows her laughing and his back to the camera. The caption wrote, "All good over here."

Since becoming more open about her relationship, she's slowly admitted to having strong feelings for Scott, even labeling him "the one."

During an episode of her Coffee Convos podcast marriage came up as a topic of conversation with her co-host. Lowry began talking about wedding details and the ball continued to roll from there.

Lowry told her co-host, "If I ever get married again I'm not having bridesmaids or groomsmen. It's not a day for anyone else but myself and my husband or partner." This instigated her co-host to question, "Wait, is the wedding back on the table?" To which Lowry responded, "I would say yes. I wouldn't have, like, a huge wedding or anything. I feel like I would have a cute, very, very simple ceremony and maybe, like, a dinner afterwards." She continued, "I met the love of my life and I – yeah."

Woah, woah. Back-up. What? Is Scott the one now?

When asked about how she know's Scott is the love of her life, Lowry replied, "So, it's crazy because they say when you know, you just know and that's how I feel. I feel like I've known him for a lifetime. Like, I feel like I have known him forever." The reality star continued, I'm ready. It just feels like we've been best friends forever and now we're just together."

So, amid Lowry gushing over the whirlwind romance with her ex behind bars, the best we can do is hope that nostalgia doesn't come between her and Scott.

Who do you think will come out on top?