MULCH Is the New Black. And Yes, We’re Talking Clothes

When hearing the term ‘sustainable’ it’s common for the mind to assume eco-friendly. And while that is true, MULCH Co-founder,

When hearing the term ‘sustainable’ it’s common for the mind to assume eco-friendly. And while that is true, MULCH Co-founder, Philippe Zarif, shared with CELEB him and his brother’s tailored definition (no pun intended). MULCH “combines the innocence of ignorance with creativity to breathe life into what is truly sustainable fashion.” Although a professional background in fashion education is absent from Philippe and his brother, Mehr Alejandro, they don’t lack the knowledge and vision required to create something great. In fact, they have used it to their benefit. When referring to sustainable fashion Philippe shared, “We’re not coming from another big brand and starting something and kind of already have the recipe in place. I mean, the recipe that most brands are using.” He continued, “So for us, we’re kind of like, reinventing the whole process and starting from ground zero without having a background in fashion.”

MULCH focuses on what they call “old school tailoring.” They do limited runs using the best fabrics possible and all locally made. So, when defining sustainable MULCH explains that it’s how versatile and timeless a piece is as well as kind to our environment. “For us, it’s like, if I make a piece that you have for 20 years and you wear it a thousand times and your kid steals it from you; that’s super sustainable. As well as, me making it in LA with a fabric that was grown in Bakersfield. You know, that’s also such a small [carbon] footprint,” Philippe told CELB. 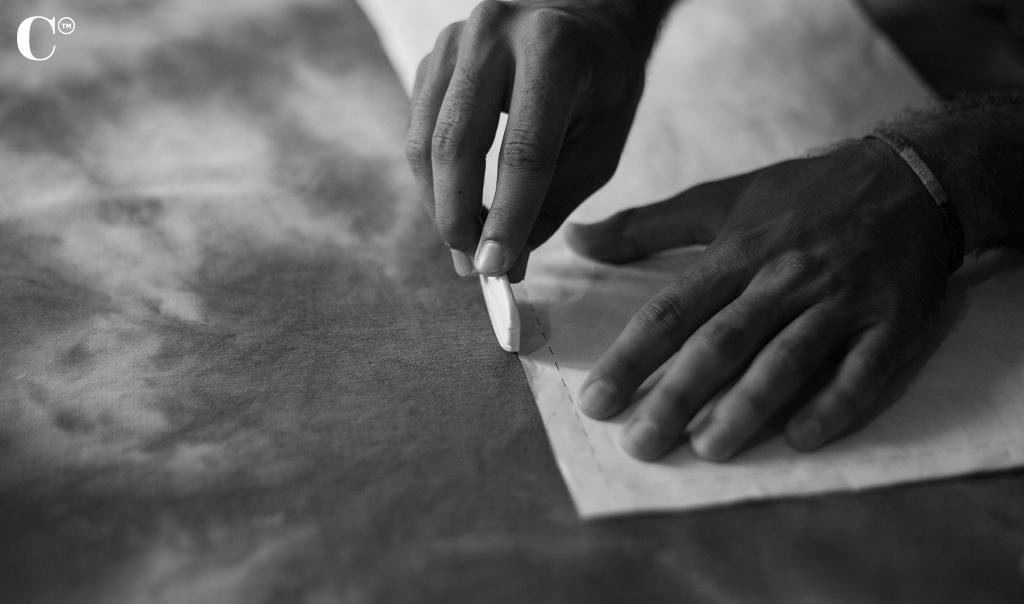 “We just got a machine and we started deconstructing and reconstructing garments,” said Philippe. MULCH was officially born in 2015. It was influenced by Mehr and Philippe’s enjoyment in upcycling garments. Philippe told CELEB, “I mean it really started by my brother, Mehr Alejandro, who’s the designer and creative director for the brand.” He continued, “he [Mehr] started taking some classes at Saddleback just to kind of learn how to sew better and kind of learn some of the details and patterns in sewing and dying. And then he started making some crazy one-off pieces.”

Being a basketball player himself, Philippe has friends in the NBA who were the first to rep their clothing. Mehr would create custom one-off pants for players which is what really got the ball rolling for MULCH. It since has evolved into what it is today with a full ready-to-wear line and custom couture pieces.

Referring to themselves as a “Three P Company” – people, planet, profit; the duo was sure about wanting to make their brand eco-friendly. Philippe studied sustainability in college so right off the bat they made sure to use that to their advantage. Philippe told CELEB, “a lot of our designs are upcycled using natural fibers. Or, if we are getting new fabrics then we’re trying to find the highest quality Japanese, Italian or USA made fabrics.”

As for the name, you’re probably wondering why MULCH? Mehr and Philippe tried committing to a couple of different labels before coming to a final decision. “I was in Spain and he [Mehr] just called me and it was like 3 a.m. he’s like ‘hey, what do you think of MULCH California?’ It just kind of clicked because of everything we’re trying to do with natural sustainability and mulch kind of encompasses that whole thing,” continuing on to explain the process of mulching -decomposing and putting back into earth.

Mulching But Make it Fashion 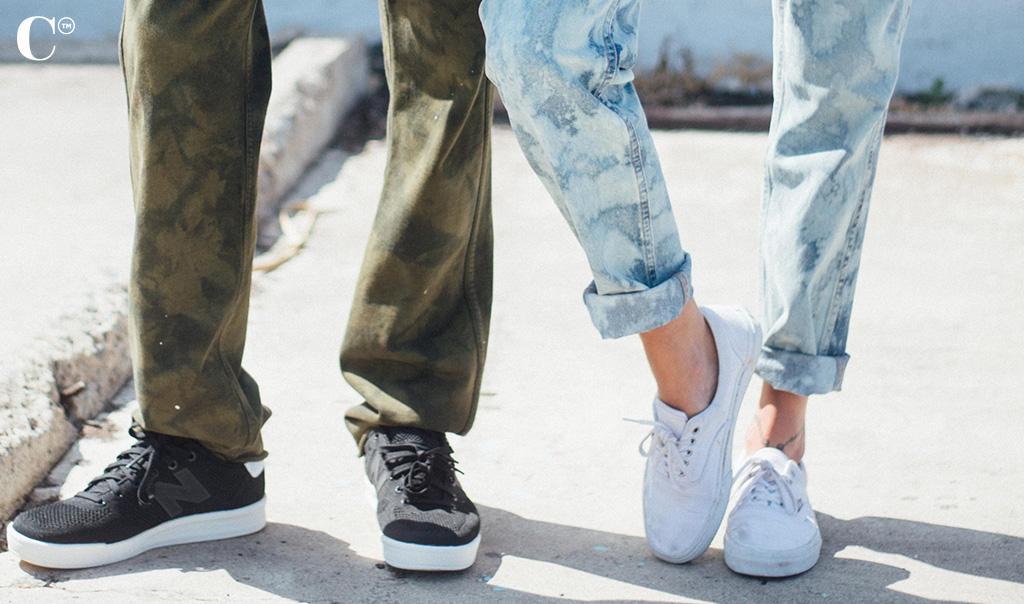 MULCH uses supima cotton which is grown in California, Arizona and Texas. It’s the most traceable cotton in the world according to Philippe, “You can literally scan the cotton, and they can tell you which field it was grown in.” The transparency that comes from the scanning process also allows for garments to get a seal of approval that their cotton isn’t mixed with anything synthetic from other countries such as China. This contributes to MULCH’s small carbon footprint- retrieving their cotton from Bakersfield, California, knitting it in Los Angeles, making their garments in Los Angeles and selling them there as well.

As you now know, MULCH is loyal to the planet with that being a major percentage of their “Three P Company.” Their loyalty overflows into their vintage upcycled clothing which is also for sale on their website.  Philippe explained to CELEB the process of finding the perfect vintage shirt involves checking the stitching and the tag. Both will tell you a lot about where the product was made and the details of what it’s composed of. He shared, “ideally, for me, the perfect shirt is made in the U.S. and it’s 100% cotton. You know, that’s the piece we’re looking for. But, sometimes, there’s pieces that might have like, you know, something that has sentimental value but might not be made in the U.S.” Their vintage line allows for people to get into their brand at an entry level price point. These items aren’t as high-end as their MULCH made products however, they represent the brand and support the planet the same. As Philippe said, “The most sustainable thing you could do in fashion is use something that’s already made.”

In It For the Long Haul 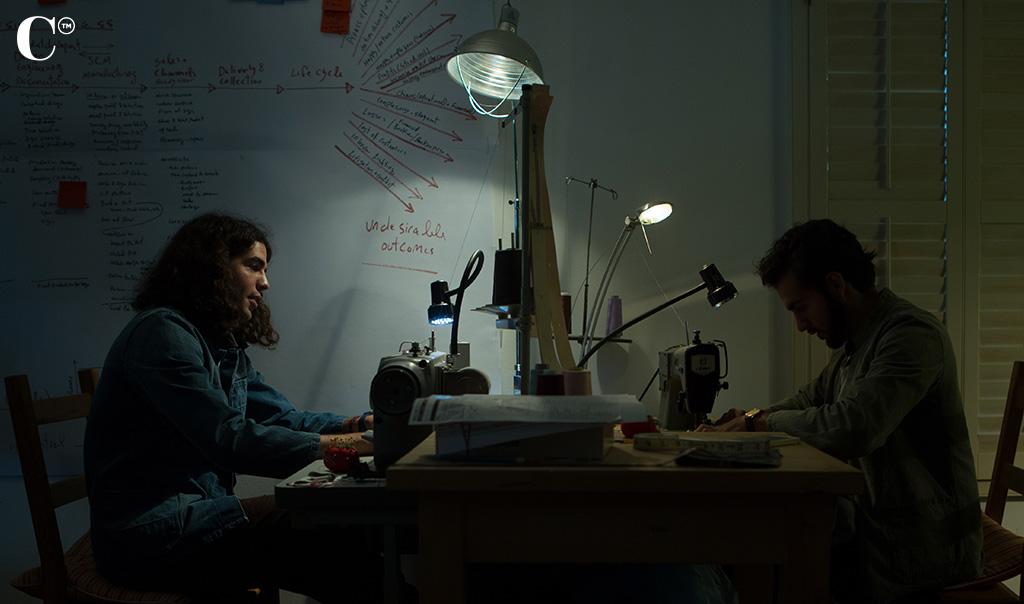 Philippe and Mehr have an infinite plan in place for their brand. They don’t follow trends just to blow up and potentially fade away three years later. “We’re thinking long term,” Philippe told CELEB, “you know, where we’re going to be in 10 years, 30 years.” He referred to Patagonia as an inspiration brand, using their success since the 80’s as they continue to grow and stay sustainable in that process as an example. Mirroring their efforts and innovative ideas, MULCH has created a natural fiber board short which is 100 percent merino wool. This type of wool is waterproof and also one of the most sustainable fibers in the world because it grows on an animal and gets shaved off each year. “That’s kind of like how we think about it. ‘How can we make something that’s different and unique to us and like, abide by the MULCH guideline’ rather than, ‘how can we make a product that’s going to make us a lot of money?,’” shared Philippe.

With the intent to organically grow their brand, MULCH will be adding dress shirts, trousers, knitwear and socks into their ready-to-wear line so you can organically expand on your closet. Beyond that will be an expansion of markets in new territories including Miami, New York, Spain and Japan. Although, until then, you can shop MULCH on their website or visit them at their shop in San Clemente, California which carries unique one-of-kind pieces and creatives who can educate you more on the brand and it’s efforts to include the planet in fashion.