Mykonos Falls Silent: Is This A Sign of Things to Come?

One of the world’s party centers, the Greek island of Mykonos, has gone silent. In the face of growing COVID

One of the world’s party centers, the Greek island of Mykonos, has gone silent. In the face of growing COVID case numbers, the government has enacted a series of restrictions to slow the spread of the virus in what—up until this weekend—was a rapidly returning party scene. It is hopeful that the restrictions will only need to be temporary, but officials in many countries worry that this is just the start of a new round of lockdowns as vaccination rates lag in some countries. 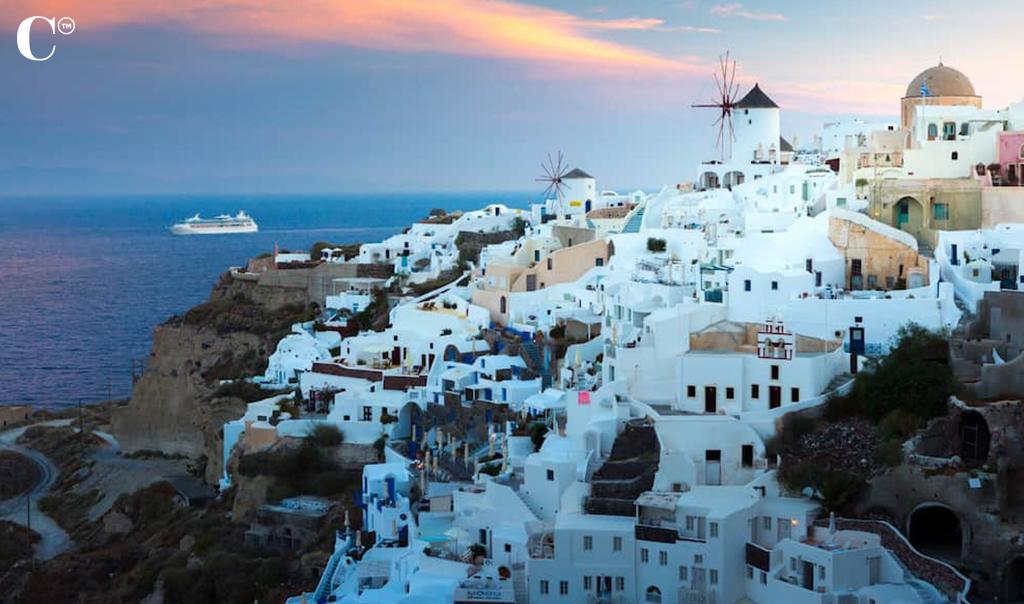 Visitors to Mykonos found themselves disappointed this weekend as new COVID restrictions took effect that essentially quelled any chance to let loose and party. On Saturday July 17, a bulletin went out to locals and visitors that read in part, “From today, Saturday 17/7 and due to the alarming local outbreak of the epidemic during the last 24 hours, with multiple outbreaks and clusters, the Government proceeds to the adoption and implementation of special measures for the island of Mykonos.”

The bulletin included the following restrictions:

The bulletin continues, “The measures are valid until Monday 26/7 at 06:00 in the morning with an intermediate reassessment of the epidemiological situation.”

It’s clear officials hope that the brief pause in merrymaking will slow the spread enough to make a difference, and perhaps chase enough tourists home out of boredom that it will give the island a fighting chance. However, these half-hearted stopgap measures have proven ineffective over and over during the COVID-19 pandemic, so time will tell how much good they will do. Unfortunately, Mykonos is grappling with the same worries as other high-tourism locations around the world and more tough decisions will be made in the coming weeks.

Clubs on Mykonos Feel the Strain 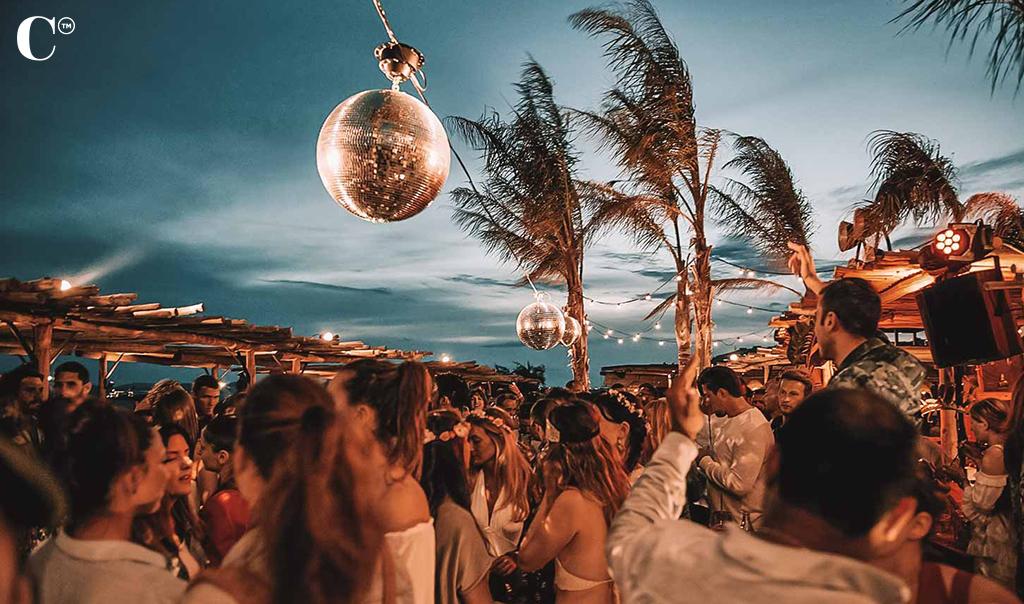 This temporary pause in festivities on Mykonos is devastating. The island relies heavily on tourism, and like other entertainment destinations where public gatherings pay the bills of many a local, the lockdowns and restrictions of the past year have been crushing to the economy. In Greece specifically, tourism accounts for one fifth of the economy and Mykonos attracts over a million visitors a year. The hospitality industry around the world has been hard hit by the virus as people have avoided gathering in large numbers, and governments came down hard on indoor gatherings as major virus vectors. So when restrictions started loosening earlier this year in Mykonos, business owners with entertainment venues breathed a cautious sigh of relief.

This step backwards is a kick in the gut. Reuters shares per MSN, “‘They decide to destroy the economy of the island at the most critical time of the year,’ said Iraklis Zisimopoulos, head of a business owners’ association who owns two hotels, two restaurants and four bars on the island.

‘We hope they will change their minds quickly,’ Zisimopoulos said, adding he had about 30-40 hotel cancellations already.”

While visitors are disgruntled and Zisimopoulos may want to blame the government, Mykonos is facing the same spike in numbers as the rest of Greece—and much of the world. Mykonos was in full party mode just this week, with bars and privately rented or owned villas packed with maskless partygoers. The bulletin issued over the weekend included this reminder: “We also remind you that in Mykonos, as well as in the whole territory, it is forbidden to hold any kind of events that are held in exchange for any kind of [money], with the physical presence of a crowd of more than twenty (20) people in private, non-professional space.”

Whether you place blame on the government or the virus itself, the temporary scale-back couldn’t have come at a worse time. Lio by Pacha Group, a cabaret and restaurant experience from Ibiza, its sister hotel Destino Pacha Mykonos and international fine-dining brand Zuma just opened in the area. Since Lio revolves around music, it is being forced to take a temporary hiatus. Destino Pacha was set to launch the international party sensation Rumors by Guy Gerber this Thursday, but all that is now on hold until July 29. Zuma can remain open to service those who are still coming to the island despite the shutdown of daylife and nightlife. All other hotels, restaurants, bars and shopping continue to operate as normal just without entertainment.

Cruise ships are not allowing people to disembark and travel into town; they can only visit the beach and then go back to the ship. Cruise ships with Mykonos as a destination have also been diverted from the area. Visitors to Mykonos are often young and healthy, so the spike in numbers probably won’t be followed by a spike in death, but the situation raises red flags for the entire world. In many places, restrictions are just now being loosened—and may soon be tightened once more. 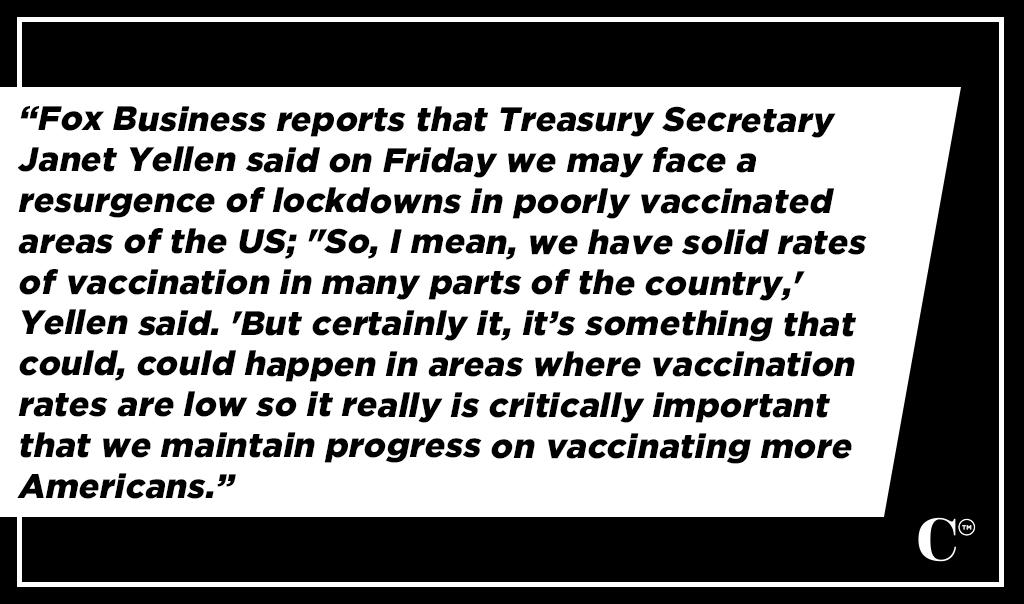 In Los Angeles, for instance, a mask mandate bas been reinstated after expiring last month. And in locations where vaccination rates are lagging, the pandemic is once again surging. In some places in the United States, pockets of people are avoiding the vaccine. Around the world, some countries are facing a devastating shortage of vaccines.

Fox Business reports that Treasury Secretary Janet Yellen said on Friday we may face a resurgence of lockdowns in poorly vaccinated areas of the US; “‘So, I mean, we have solid rates of vaccination in many parts of the country,’ Yellen said. ‘But certainly it, it’s something that could, could happen in areas where vaccination rates are low so it really is critically important that we maintain progress on vaccinating more Americans.’

The COVID-19 curve in the U.S. has begun rising again after months of decline, with the number of new cases per day doubling over the past three weeks, driven by the fast-spreading delta variant and lagging vaccination rates.”

California having to move back into tighter restrictions is another red flag alongside Mykonos that the pandemic is not through with the world yet. As countries face surging numbers and a rapidly spreading Delta variant, they will have to decide how best to implement the tools learned over the past year to slow the spread once more. Vaccines are the fastest, most effective way to stop the spread, but the United States is facing a determined misinformation campaign scaring people away from receiving the shots. Until that campaign can be overcome and enough people are vaccinated, the original virus and variants will continue ripping like wildfire through the unvaccinated—and it will be impossible to move forward. In places like Mykonos, where businesses hold their breath and wait for a reprieve, a higher rate of vaccines is their only hope.