With Election Day 49 days away, everyone is anxious to know how the big day will turn out. Will President 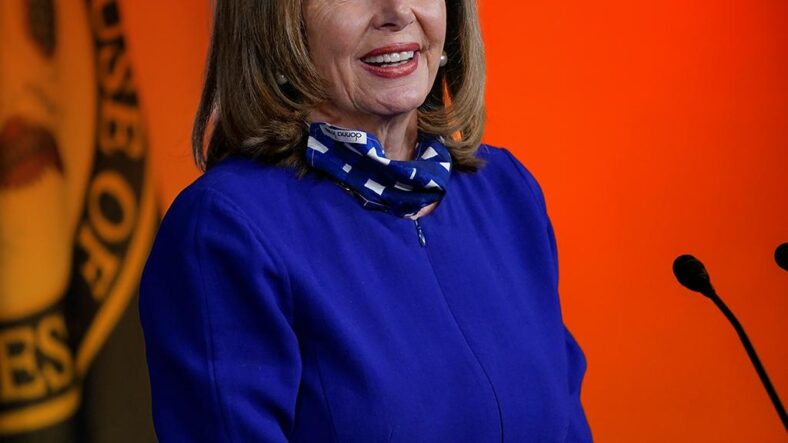 With Election Day 49 days away, everyone is anxious to know how the big day will turn out. Will President Donald J Trump retain the presidency? Will former Vice President Joe Biden unseat the incumbent and begin a new era? What happens if the election is contested and there is no definable winner? Well, that would present a third option: President Nancy Pelosi.

A series of events would have to occur in order for President Pelosi to take over in 2021.

First, something would have to delay voting results. Although a contested election was discussed in 2016, this year it seems more likely than ever as mail system woes could delay mail-in results in many states.

If the voting results are delayed, the electoral colleges cannot cast their votes. If that happens, eventually they run afoul of an obscure law explained by FoxNews, “You may have thought Nov. 3 is the most important date on the election calendar. But a more crucial date is Dec. 14, dictated by an obscure, Byzantine 1887 law: The Electoral Count Act. ‘It is kind of a nightmare of convoluted verbiage,’ said Ohio State constitutional law professor Edward Foley. ‘I’ve studied that piece of text for years now. I wouldn’t be honest to say that I completely understand it. It’s just impenetrable.’ 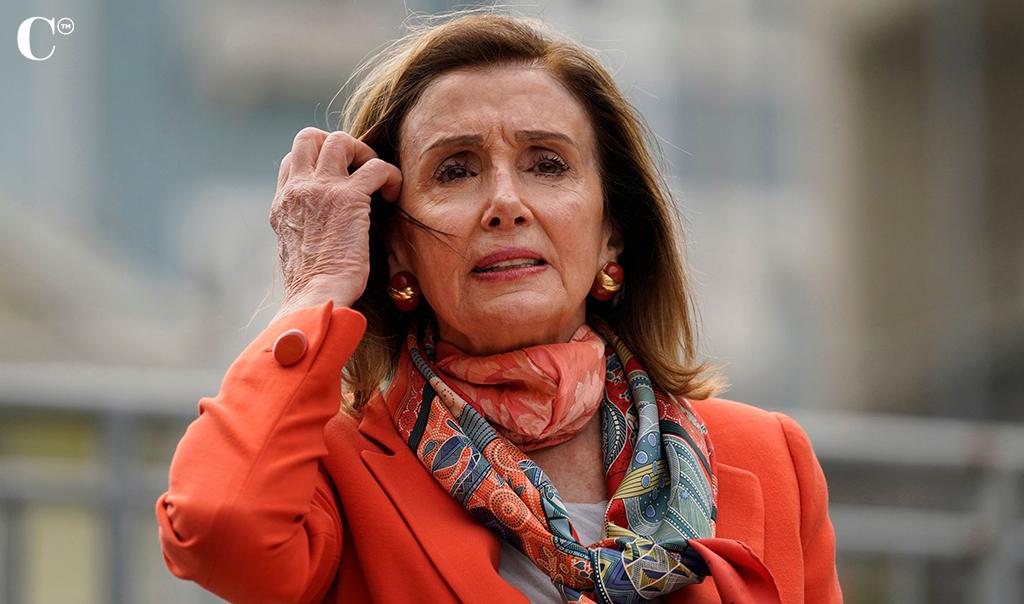 Congress passed the legislation after the disputed 1876 presidential election between President Rutherford B. Hayes and Samuel Tilden. Electoral votes were far from certain in Florida, South Carolina, Louisiana and Oregon. There was a sprint to settle the electoral college tally before Inauguration Day, 1877. Congress created an ‘electoral commission’ to resolve the issues. In those days, the president assumed office on March 4.

The Electoral Count Act dictates that states choose electors no more than 41 days after the election. This is partly why the Supreme Court rushed to complete Bush v. Gore on Dec. 12, 2000. The decision halted the count of ballots in Florida, handing the presidency to George W. Bush.

The 1887 law establishes a ‘safe harbor’ date so states conclude vote counts and establish electors early. But what happens if there are problems with the mail? The cryptic nature of the statute could give some states the green light to continue to counting – or cease counting.”

After a state’s electoral college votes have been determined, a certificate is sent to Congress which has to approve one from every state. If mail in voting delays or lawsuits delay the results so long that Congress does’t have certificates in hand by Inauguration Day in 2021, Congress chooses the president. Currently, the Democrats are expected to retain majority in the House and may win majority in the Senate. Judge Andrew Napolitanoexplains, “…if the Electoral College is unable to choose a successor, the election would go to the House of Representatives, not for a majority vote, but a vote by state, in which each state delegation would vote on their own, independent of their state’s election results, and whoever has a majority of 26 states would become president until Jan. 20, 2025. 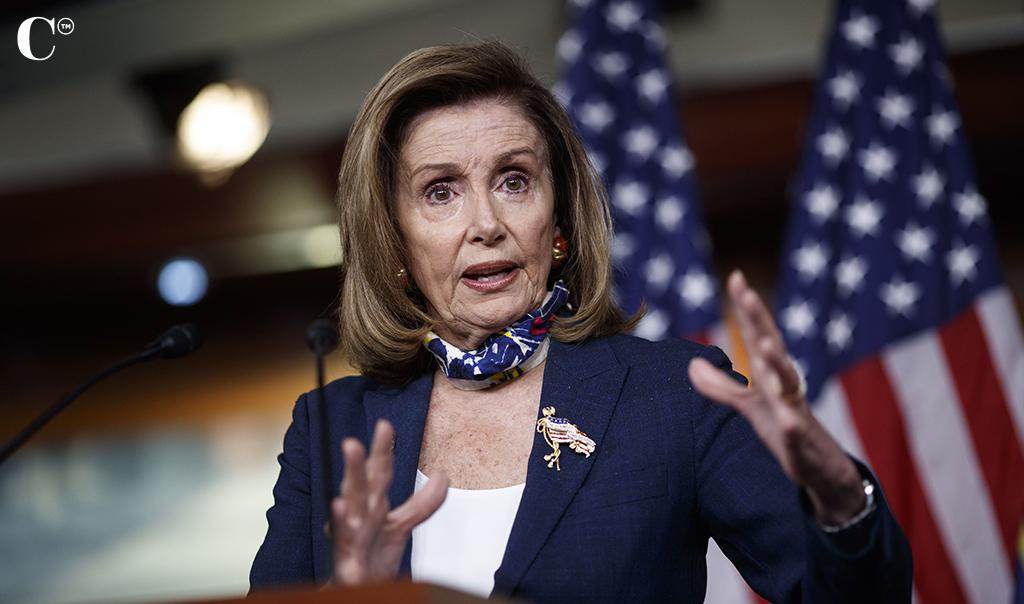 ‘That has happened,’ Napolitano noted. ‘That’s how Thomas Jefferson was elected the first time around in 1800.’”

If President Pelosi Takes Over, What Does That Look Like?

Since the military has already promised not to intervene in a contested election, Trump would have little recourse to retain the presidency without a clear winner. Not to say he wouldn’t try; Trump has a history of flouting laws he finds inconvenient. But if the electoral college were to fail to present results and Congress chose Pelosi as President, what would her term look like?

First and foremost, she would almost certainly replace as many Supreme Court justice as possible. With most of the SCOTUS judges being older, and progressive champion Supreme Court Justice Ruth Bader Ginsberg battling cancer diagnoses from her work bench, President Pelosi would be concerned with loading the SCOTUS with as many progressive or at least liberal judges as possible. This has been one of the biggest points of contention over the past four years; as the justices age, whoever is President will have the power to determine decades worth of federal case outcomes by picking justices.

Tax laws will be revised as Pelosi would look to undo some of the top-loading Trump has done to taxes that benefit his richest friends and supporters. 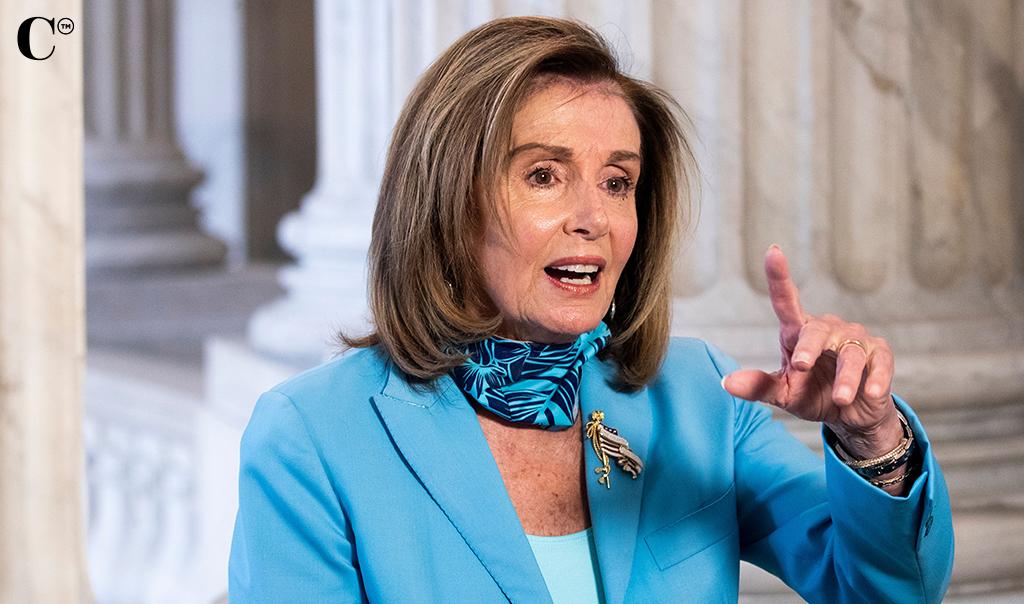 Healthcare reform will again become center stage as it was under Obama. Whether or not she would re-institute some Obamacare laws or create her own healthcare package is uncertain, but one of the Democrats’ main selling points in 2020 has been their desire to reform healthcare.

Should Republicans Be Nervous?

Right now, everyone should be nervous. Whether or not Pelosi becomes president is very long down a list of things to worry about as Election Day approaches. While the military has signaled that they wouldn’t intervene in a contested election, there is still a significant amount of damage that a spurned Trump could cause if he is unhappy with the Election Day outcomes. As lawsuits ping by the dozens surrounding election concerns and lawmakers gear up for whatever Trump might do after November 3rd, American voters have to determine how active of a role they plan to take in their own government. Ultimately, American voters have both immense power and very little. Because we divide our power among our elected officials, we take a back-seat to some of the more vital processes to our democracy. Settling a contested outcome is one of those processes that we are mostly elbowed out of.

However, voters still have the ability to act through those elected officials. As the big day approaches, voters should stay involved and communicate with their senators and representatives. Whatever November 4th brings in the United States, it’s certain that we will be at our best when everyone is prepared to uphold the institutions and laws of our democracy, wherever they lead us. The alternative is horrible to consider. And an established politician like Pelosi who has a history of compromise and successful lawmaking is certainly not the worst choice for first female president.