Just four months after Naya Rivera tragically passed away, her ex-husband Ryan Dorsey has filed a wrongful death lawsuit on

Just four months after Naya Rivera tragically passed away, her ex-husband Ryan Dorsey has filed a wrongful death lawsuit on the county that she died in.

As fans know, the Glee star was reported missing after her 4 year old son, Josey, was found sleeping alone in a boat on Lake Piru, CA, on July 8, 2020. Then, the actress’ body was discovered on July 13, 2020, and she was sadly declared dead at 33 years old. Now, Dorsey is suing Ventura County, the United Water Conservation District and Parks and Recreation Management for wrongful death and negligent infliction of emotional distress on behalf of Josey. 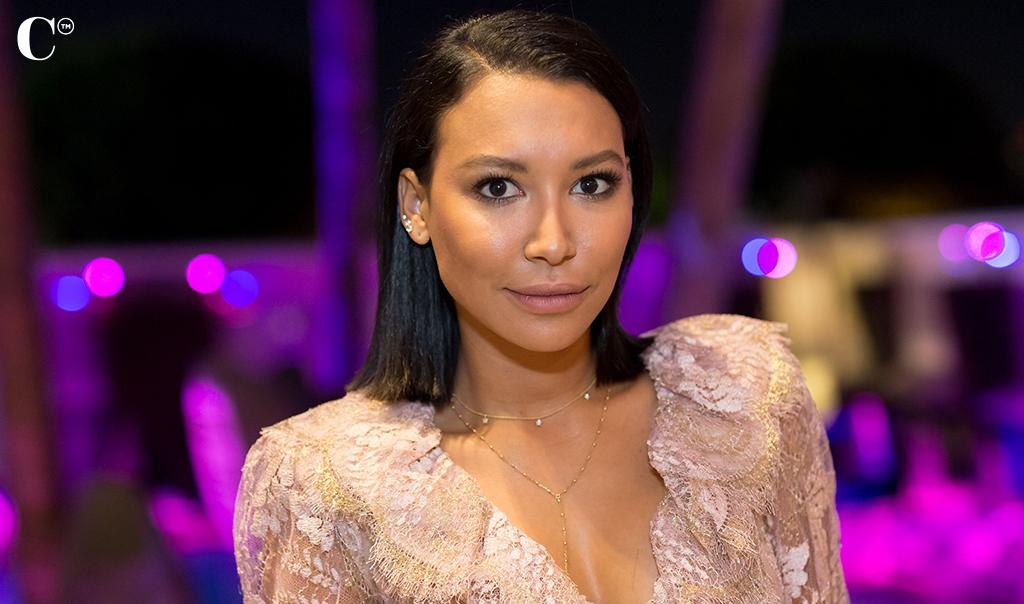 “The lawsuit, investigation of which is ongoing, seeks to hold the defendants accountable for their negligence in causing Naya’s death and in causing Josey, who witnessed Naya’s drowning, to suffer serious emotional distress,” Dorsey’s attorney, Amjad Khan, said in a statement to USA Today.

During a press conference right after her death, police said that Josey told them he saw his “mother disappear beneath the water.”

“We know from speaking with her son that he and Naya swam in the lake together during some point in their journey,” they said. “It was during that time her son described being helped into the boat by Naya. Naya boosted him onto the deck from behind. The idea perhaps being that the boat started drifting, it was unanchored, and she mustered enough energy to get her son back on the boat but not enough for herself.”

According To The Lawsuit, Her Death Was ‘Utterly Preventable’ 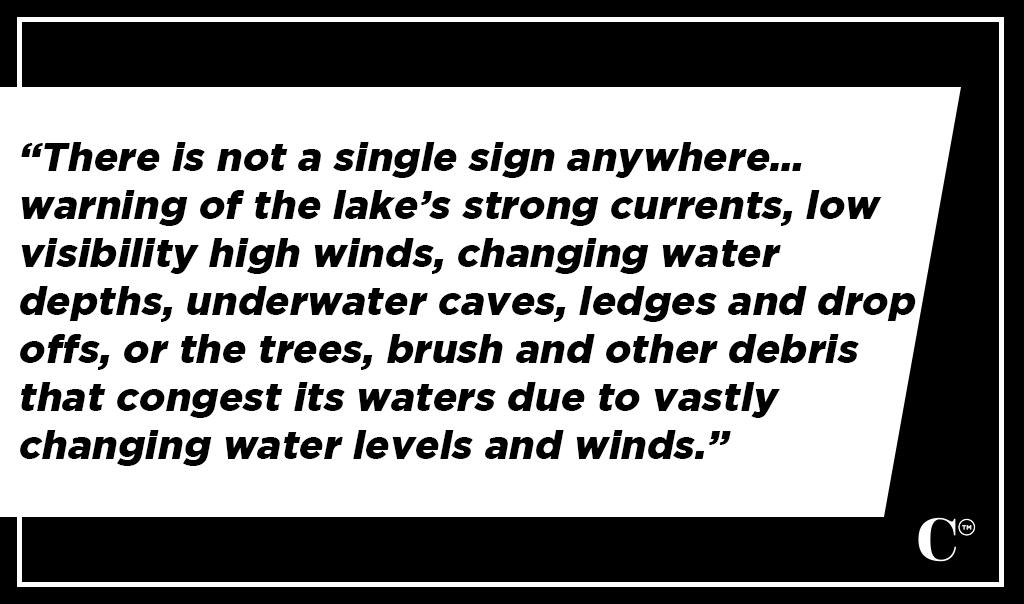 The lawsuit claimed that the boat that Rivera boarded did not come with “key safety features, including a safely accessible ladder, adequate rope, an anchor, a radio and other security mechanisms to keep swimmers from getting separated from their boats.”

“Disturbingly, later investigation revealed that the boat was not even equipped with any flotation or lifesaving devices, in direct violation of California law, which requires all pontoons longer than 16 feet be equipped with flotation devices,” the document stated.

At the time of her death, police told to Us Weekly that Josey was found wearing a life vest, but that “another vest [was found] on board the boat for an adult, so it looks like [Naya] was not wearing” hers.

The court papers acknowledged that someone from the boat rental did offer Rivera a life vest, but told her it was optional. After the star declined, the documents alleged that the unnamed agent did not tell Naya to wear the vest, but told her to put the vest in the rental boat instead. The suit also claimed that Rivera was never warned about the risky conditions at Lake Piru.

“There are no signs warning visitors about the dangers of swimming in the lake, to wear life vests when swimming or boating, or that dozens of others have drowned in Lake Piru,” the document reads. “There is not a single sign anywhere… warning of the lake’s strong currents, low visibility high winds, changing water depths, underwater caves, ledges and drop offs, or the trees, brush and other debris that congest its waters due to vastly changing water levels and winds.”

“These big reservoirs, there is a lot that goes on. There are plenty of currents. People drown in California lakes every year,” he said.

How Did Naya Rivera Die Exaclty? 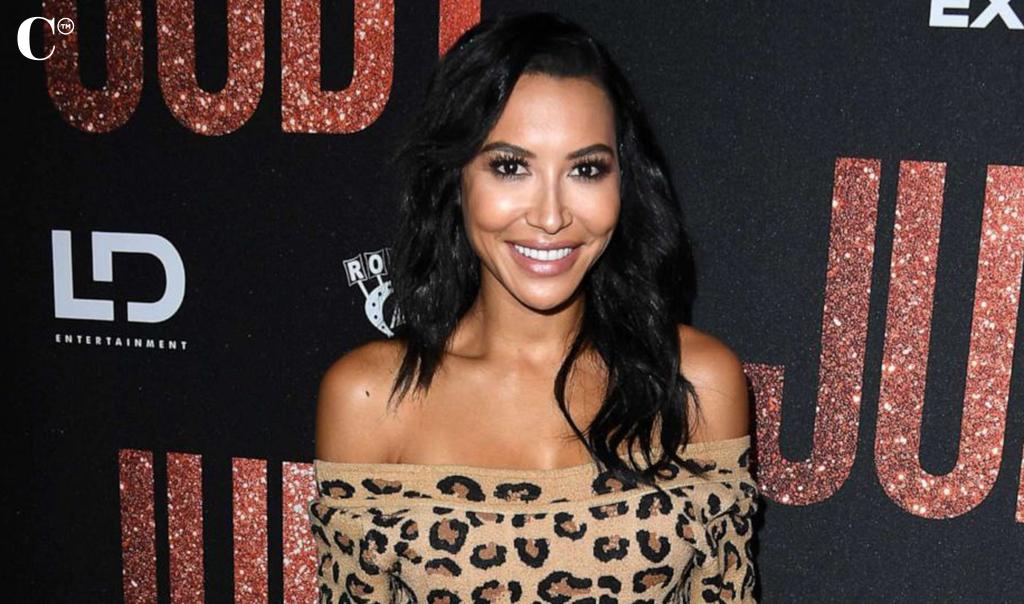 The lawsuit claims that Josey and Rivera went swimming, but that their boat was unfortunately pushed away from them, likely from the wind, which was measured at 21 mph that day.

“Josey knew Naya was still in the water, and heard her cry, ‘Help! Help!’ in her struggle to get back to the boat and avoid drowning,” the lawsuit stated. “Josey searched in vain for rope to help his mother get back on the boat. Josey then looked back at the water for his mother, and saw Naya had disappeared. Josey yelled for help and cried alone in the boat until he was found more than an hour later by a PMC boat leasing agent.”

“We have wind that could push the boat away from a swimmer. We have wind action that cause the boat to bob up and down which would make it difficult to get on and we have underwater hazards that could snag feet underneath you,” Ventura County Sheriff’s Office Sergeant Kevin Donoghue previously told Entertainment Tonight. “Not far from where the body was found, there’s actually trees that are 25 feet deep and stick out of the water.”

Robert Inglis of the Ventura County Sheriff’s Office Search & Rescue Team also told Us Weekly after Rivera’s death, “The best thing that we can say that contributes to a lot of the drownings is when people go swimming and they are not wearing their life vests. And they jumped off the boat. It doesn’t take much to get exhausted if you’re not in shape. Winds do kick up at that lake, and the boats start to get away and you are trying to go after that boat … You could get a leg cramp. If you are wearing a life vest, you could rest and someone can go back and pick you up, or call for help or something like that.”

Despite the police saying that Rivera helped Josey into the boat before drowning, the lawsuit claimed that did not happen.

“Given Naya’s exceptional physical fitness, relative youth, strong swimming skills and powerful love for Josey, she surely struggled mightly to make it back to the boat and succumbed to exhaustion over at least a few minutes. During those minutes, Naya may not have known whether Josey made it back to the boat — as, despite Defendants’ inaccurate media reports, Naya did not boost Josey back onto the boat — but she surely knew that she was dying and would not make it back to her son,” the court papers read.

What Did Naya Rivera’s Autopsy Reveal? 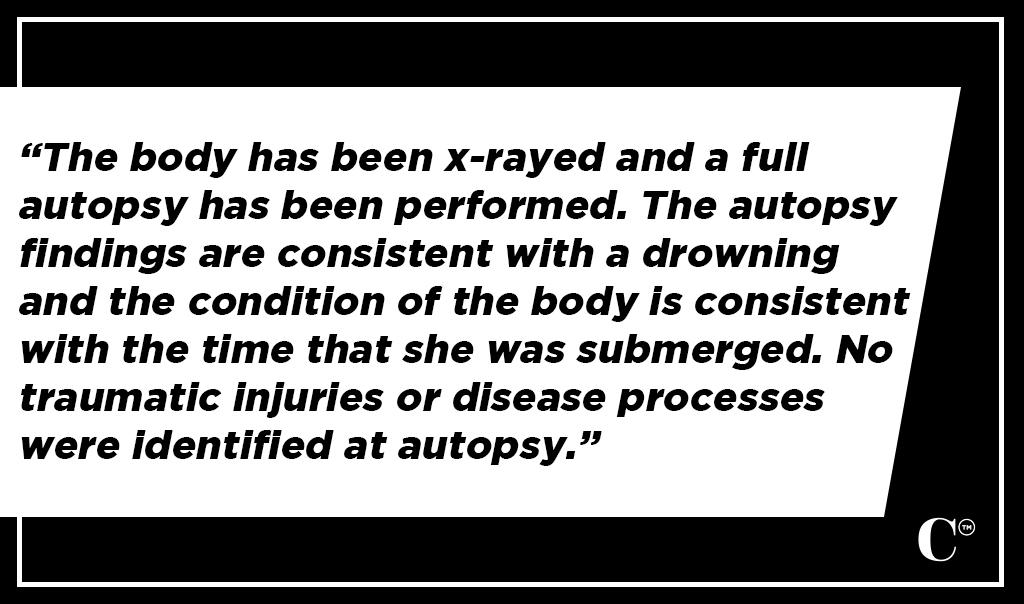 Rivera’s death was ruled as an accidental drowning.

“The circumstances and visual characteristics all indicated that the body was that of Naya Rivera and the identity has been confirmed by dental comparison,” a press release from the Ventura County Medical Examiner’s Office read. “The body has been x-rayed and a full autopsy has been performed. The autopsy findings are consistent with a drowning and the condition of the body is consistent with the time that she was submerged. No traumatic injuries or disease processes were identified at autopsy. There is no indication from the investigation or examination that drugs or alcohol played a role in the decedent’s death, but specimens will be submitted for toxicology testing.”