UPDATE: Today, it was officially confirmed that Naya Rivera’s body has been found in the lake. She has officially been

UPDATE: Today, it was officially confirmed that Naya Rivera’s body has been found in the lake. She has officially been pronounced dead at 33.

The Naya Rivera mystery deepened Thursday after sheriffs announced they were carrying out a “search and recovery operation” for the missing actress in and around Lake Piru—raising the question, is the alleged Glee curse actually real?

Naya Rivera of Glee has been found dead.

The news sent shockwaves around the Twitter-verse, as speculation increases that the 33-year-old is now presumed dead from accidental drowning. 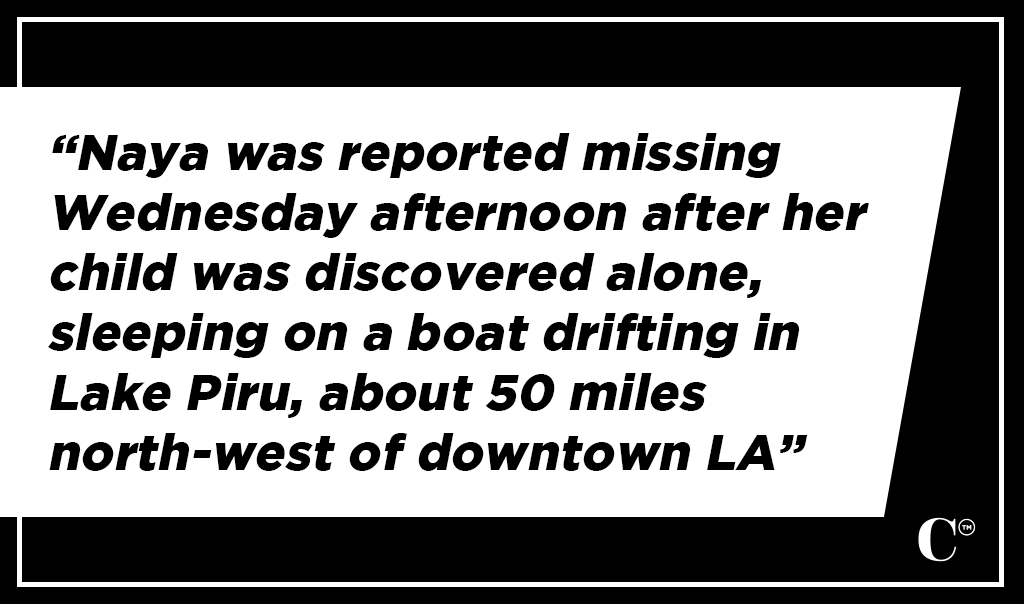 Naya was reported missing Wednesday afternoon after her child was discovered alone, sleeping on a boat drifting in Lake Piru, about 50 miles north-west of downtown LA, California.

The Glee star had rented a pontoon boat for herself and her son earlier in the day, around 1 p.m. according to the Ventura County Sheriff’s office.

Speaking of pontoons, do check an interesting article on swimming ladders for pontoon boats.

The little boy told officers that he and his mom had gone swimming but she never returned—it’s unknown at this stage how the 4-year-old got back into the boat by himself.

READ MORE: You’ll Be Shocked At Percent Of Rape Accusations That Are Totally False

Officer Chris Dyer held a press conference Thursday to announce authorities would now be switching from a rescue to a “recovery” operation. “We’re presuming that an accident happened, we’re presuming that she drowned in the lake,” he said. “There are no signs of foul play, no signs that anything went wrong, besides a tragic accident.”

“The goal is still to bring Ms. Rivera home to her family so they can have some closure,” he continued.

just the two of us pic.twitter.com/wCunAlGJ1B

You can watch video of the Naya Rivera missing mystery press conference at the end of the post.

Naya Rivera played Santana Lopez on the show Glee—which was created by Ryan Murphy and ran for six seasons, before ending in 2015.

Glee, which was viewed by many as being the cheeriest and most inspirational show on TV at the time, has been hit by a slew of really dark scandals and tragedies over the years—including pedophilia, domestic abuse, suicide, drug overdoses and allegations of on-set bullying.

The Glee curse speculation kicked-off in 2013, after Cory Monteith, who played Finn Hudson, died from an overdose of heroin and alcohol. The actor had been dating co-star Lea Michelle at the time of his death, who was recently accused of bullying another star on the show.

Samantha Ware, who played Jane Hayward on Glee, called Lea Michelle out on Twitter, accusing the actress of making her life a “living hell”.

Naya Rivera came under scrutiny herself in 2017, after she was charged with misdemeanor domestic battery—charges were eventually dismissed however. She went on to write a scandalous memoir about her time on the hit show. 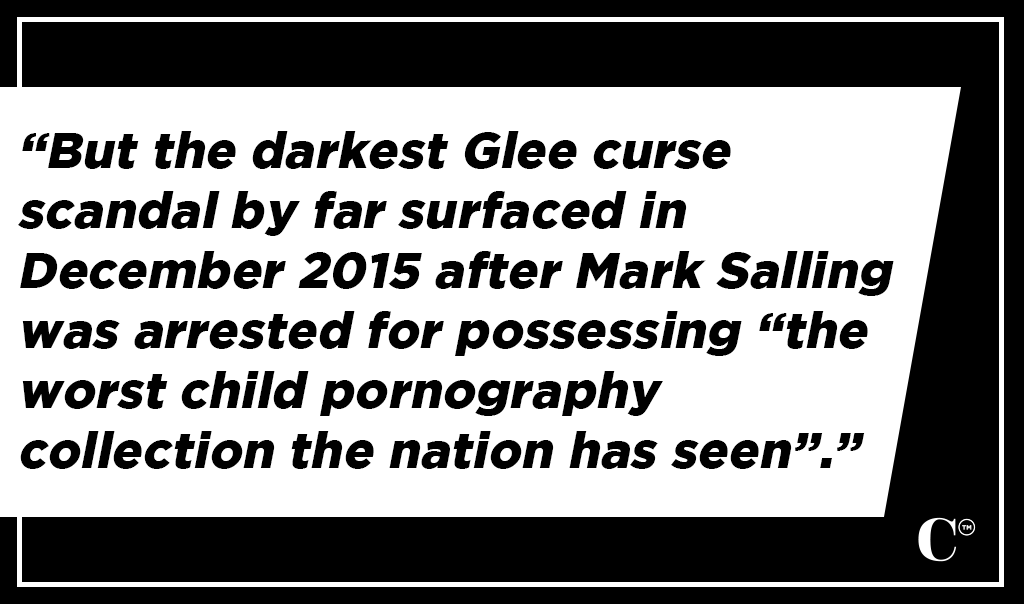 In “Sorry not Sorry” Naya Rivera compares life on the Glee set to a “polygamist cult” because there was so much hooking-up between cast and crew going on.

But the darkest Glee curse scandal by far surfaced in December 2015 after Mark Salling was arrested for possessing “the worst child pornography collection the nation has seen”.

Salling, who played Noah “Puck” Puckerman” on Glee, pleaded guilty to possessing child pornography in 2017, and was facing 4 – 7 years in prison—however, he took his own life just prior to sentencing.