Ever wonder what happens when two viral sensations, known for their wit and rigidness, come together in one space? The 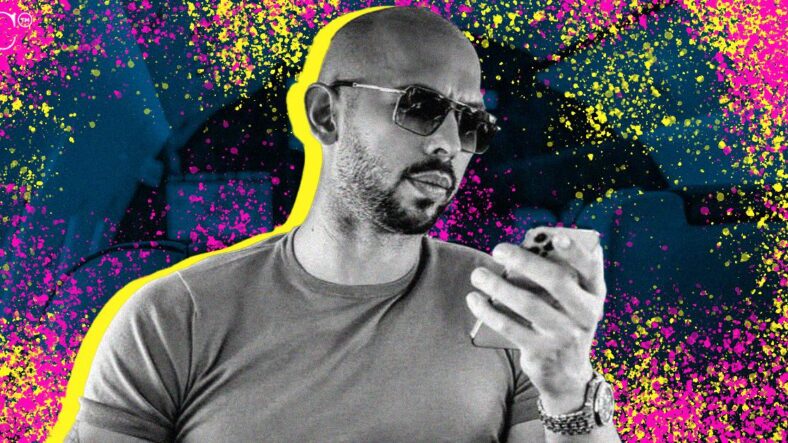 Ever wonder what happens when two viral sensations, known for their wit and rigidness, come together in one space? The Full Send Podcast hosted by NELK's Kyle Forgeard and friends shared a space with the former professional kickboxer now internet popular kid, Andrew Tate. The boys came together to talk about how Tate makes money, scammed men, and dating Kylie Jenner. Intrigued? We were too. So, here's the recap of what went on.

First Things First, Who Are These Guys?

Let's begin with our host Kyle Forgeard and the brand he thrives on, NELK. The main YouTube channel for Nelk, which features weekly pranks, travel, and partying boasts seven million subscribers. Their title is actually an acronym for the names of four Canadian YouTube stars and friends Nick, Elliot, Lucas, and Kyle. The founding member grew up together in Mississauga, Ontario, and formed this group in 2010. And, although YouTube has taken away Nelk's monetization benefits for their video-recorded antics, they have still managed to become a media empire complimented by their Full Send brand. In fact, in 2021 the boys revealed that their revenue is mostly generated by sponsorships, merchandise, and their very successful brand of hard seltzer. Perhaps you've heard of it? It's labeled Happy Dad. And if you haven't well, jokes on you because as of 2022, the Nelk Boys combined have a net worth of roughly $4 million. *searches seltzer into Google* 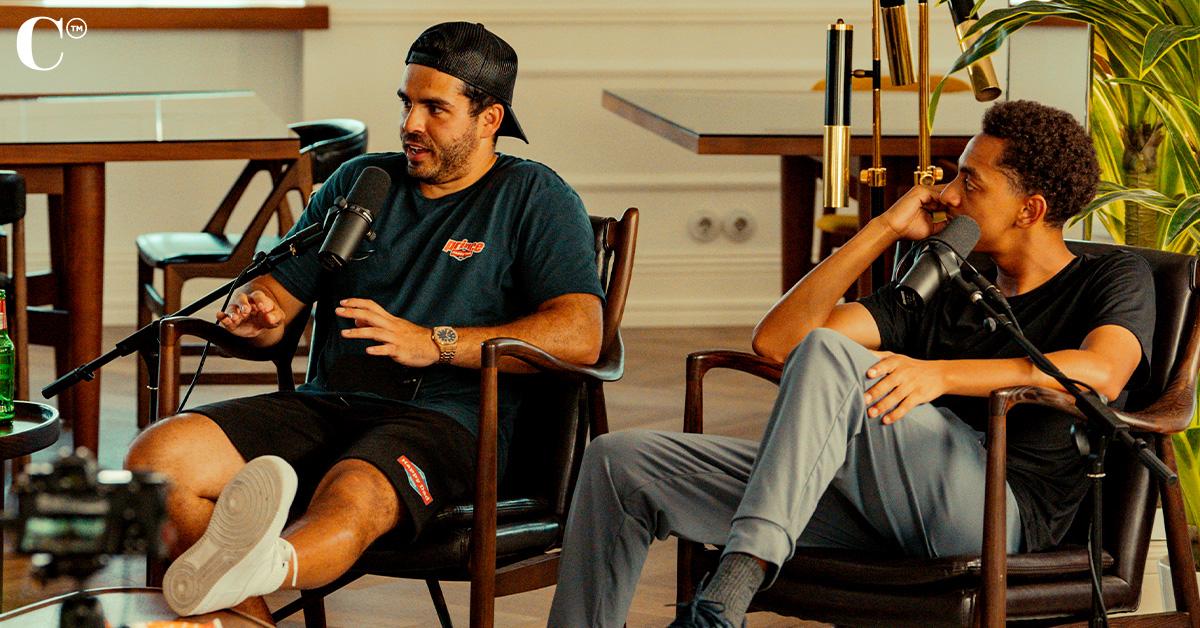 Not all original members are still part of the squad. So, we'll spare you the details and tell you about who you need to know about right now.

Kyle is the head honcho among the boys. He blew up the internet with his cocaine prank on the police- who were great sports about the joke and laughed it off with him, which is probably what made it even funnier.

Following his rise to fame was the launch of his clothing brand, Full Send, which has been a big hit among fans. The brand features items from Happy Dad seltzers, Full Send Podcast, SteveWillDoIt, and more. So basically what we're telling you is, if you love these guys and you want to be decked out from your feet to your head to your keys, you can be. 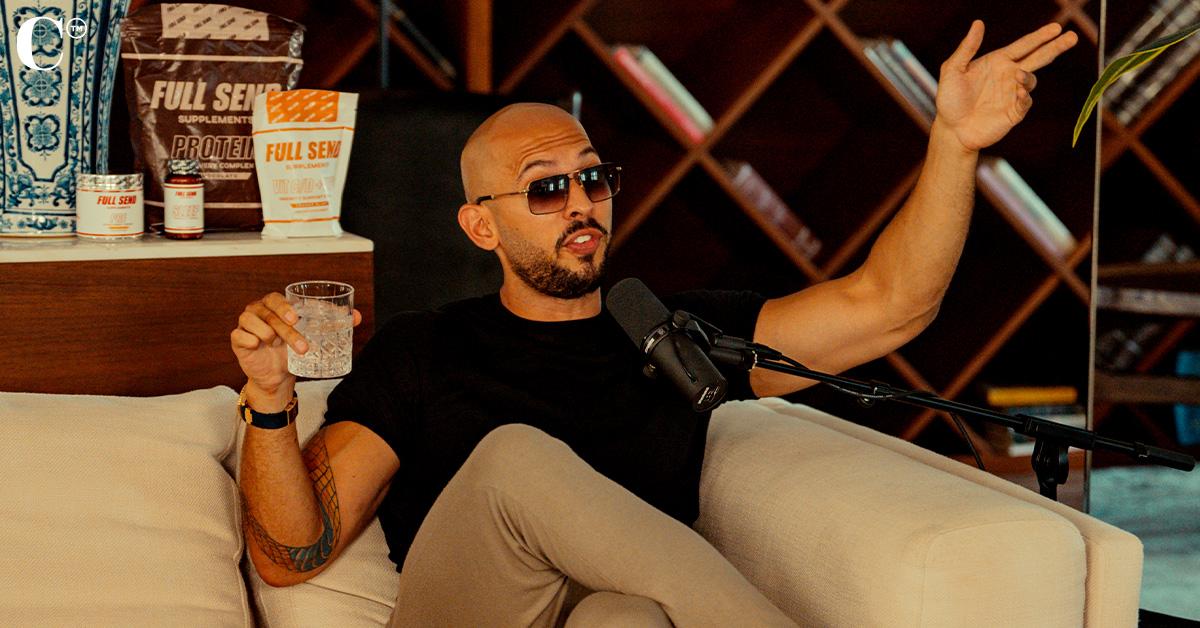 As for Andrew Tate, the former professional kickboxer is also an entrepreneur and content creator who founded his own "Hustlers University" where he runs online courses. Tate won two world titles during the time of his kickboxing career. His face became recognizable outside the sport in 2016 when he appeared on Big Brother in the UK which ended in his eviction. The controversial social media personality has been under fire multiple times for a multitude of public comments that… let's just say weren't the "popular opinion." However, he doesn't care about that. If you're associating with Tate then you're on "Tate Train" and he simply states, "…if you're unhappy you can get off."

Following his introduction, Tate dives right into his views on women and relationships that he swears do not make him a misogynist. When referring to a man's lack of desire for loyalty [in the bedroom] he speaks about what sounds like a hierarchy system in a relationship stating, "…it's completely different for men and women. And, it's also different, because a lot of people misunderstand what I say, it's different for men of a certain status, right? If you're a man who has his s–t together, as a certain level of status you can say to a woman 'look, I love you with all my heart I want to be with you, I'm going to take care of you but you're not going to tell me what to do. I'm in charge because this is my life, you're on the Tate Train…'" 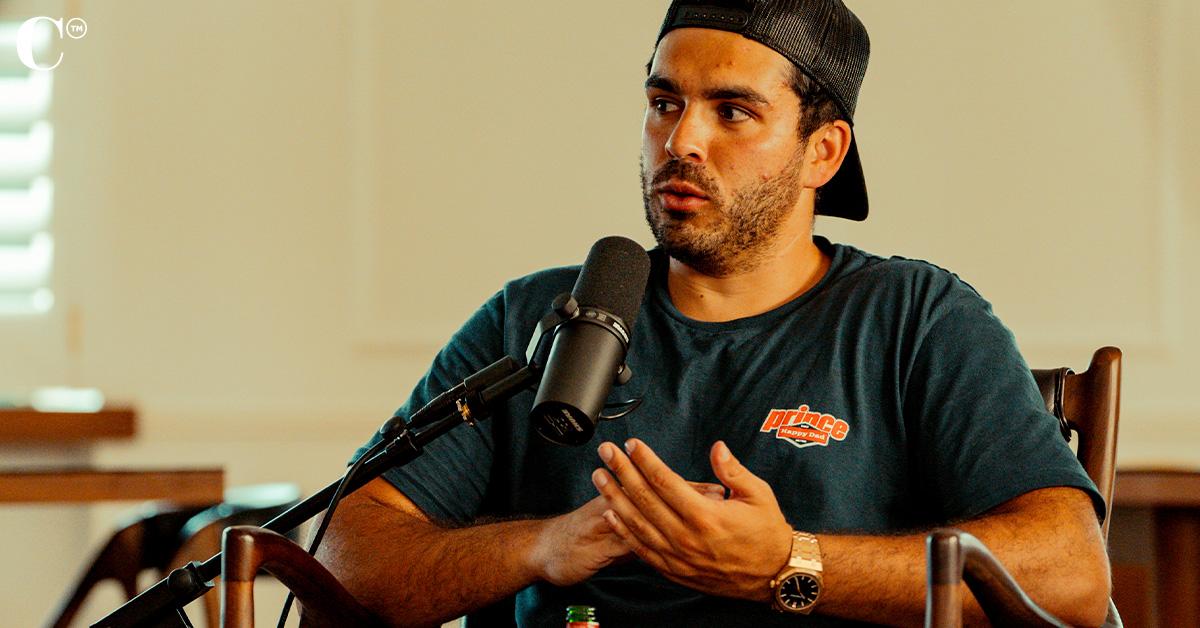 The former kickboxer followed up by explaining that a women's willingness to put up with a man who wants to sleep around while dating her, is dependent on his status in life. Therefore, due to his status, Tate revealed at the beginning of the episode that he dates multiple women and is "loyal" to all of them as per his definition which, we still aren't fully certain of what that is.

Tate's wordplay on explanations can be a bit mind-twisting however, his ability to back up his thoughts and beliefs had the Nelk boys nodding their heads in agreement. He further explained his view on multiple sex partners in a relationship, "You can just simply ask why would that hurt you?" [the women's response being] 'Well, if you're f–king all these b–ches how do I know I'm special?' To which he would respond, 'So the only reason you know you're special is because I'm sexually exclusive. So if you knew you were special with something else, perhaps you did something else with me or I did something else with you that I don't do with anybody else, then you would know you were special. So, what are you worried about me f–king that b–ch for?'" All in all, Tate believes that someone in the relationship has to lose "to a degree."

Next, he digs deeper into the minds of women, or as he confidently labeled, "b–ches," to tell the boys "women are also addicted to drama. This is something else you have to understand about females." Tate then continues to give the boys advice on how to keep the upper hand in a relationship by staying in control. He stated, "it's about the mental framing." One vital component to everything he shares however is honest communication. 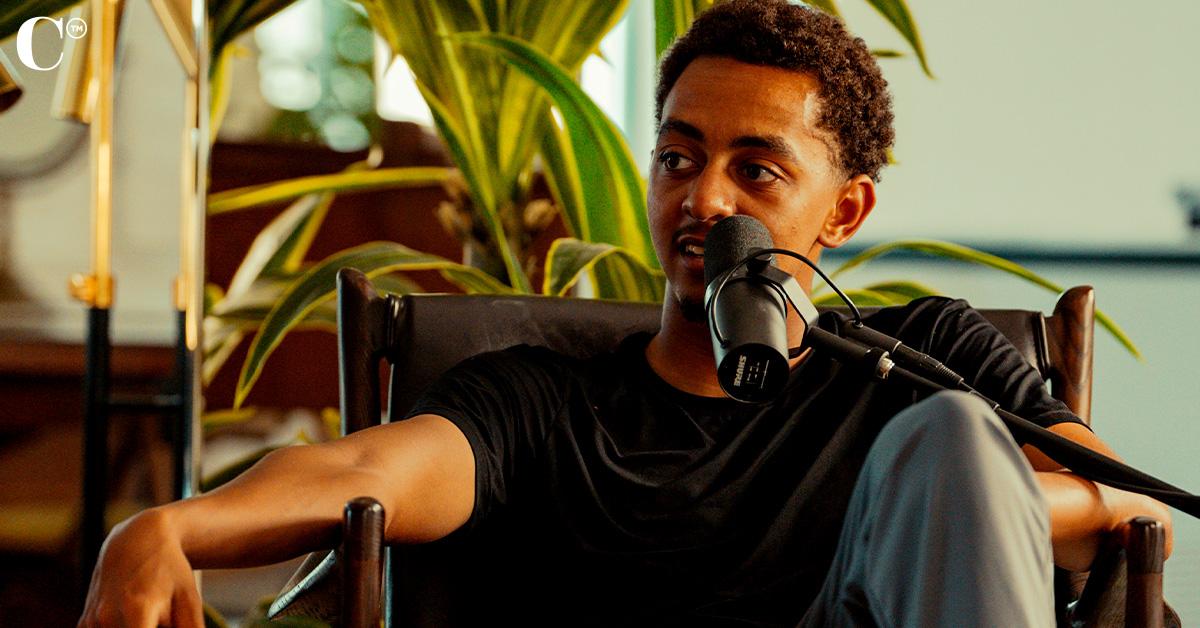 Moving into the topic of Kylie Jenner, the boys questioned Tate's views by stating that Jenner's richer than him financially, so how could he "get away" with doing whatever he wants? "Masculine frame is not all about money," says Tate. He continues, "The idea that it's all money is not true at all, right? I did very very well in my life when I had no money." To which he follows up with, "There are dudes in New York right now selling CD's on the street with like, four girlfriends and they're just tearing through p–sy," he candidly told the boys.

Kyle questioned, "What leverage do you have if you're not taking care of them?" Tate responded, "Well this is interesting. So, now we can apply this to the things I've been saying. Someone like Kylie Jenner is far more difficult to replace because she's more scarce. So, then again, then she would be able to turn around and try and play the same game back with me."

However, the content creator makes sure to explain that love isn't all just a game. He states, "These are the basics of human dynamics in human nature. And, that someone like Kylie Jenner can have anyone on the planet. There's only one of her." 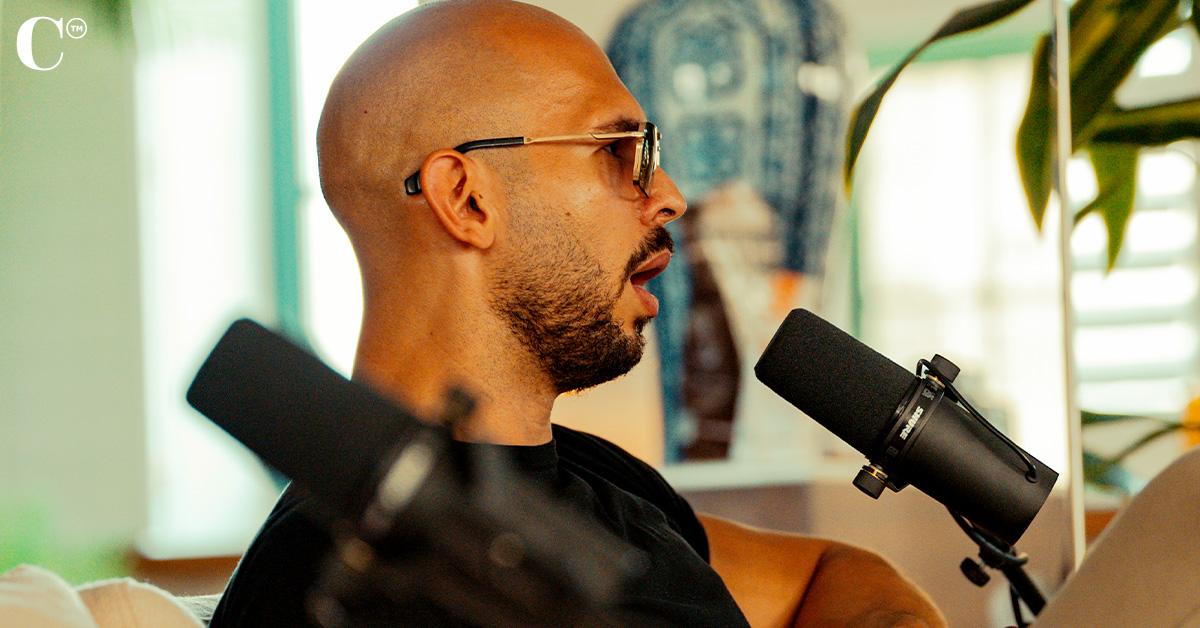 Finally on the podcast, Tate and the boys talked about the money tree called scamming. He shared his previous "business model" that consisted of pretty girls, webcams and teasing men with moving to their country in order to get money out of them. He revealed, "We f–king killed the game. Millions of dollars a week." Gloating, "And, it was not just because I had beautiful girls. It's not because webcam is easy. It's because I am a genius. And I put together an apparatus genius behind the avatar of beauty." The entrepreneur explained that the girls who were working for him strictly as work, would get 50 percent of the profit. However, if the female was his girlfriend then he would get 100 percent, elaborating that he "is just in charge of the money," and in return she would get "a nice life."

In this two and half hour conversation the Full Send Podcast boys gave Tate a run for his money with their questions which challenged his views. The strong minded social media however proved to be head strong, always having a response that only dropped your jaw lower to the ground.

If you have the time [and then mental energy] watch the full podcast here.