Is Netflix Dying? A Look at How the Company that Started it all May Tap Out Soon

Kids and adults of the '90's and early '00's remember the weird in-between era of entertainment convenience. You could buy 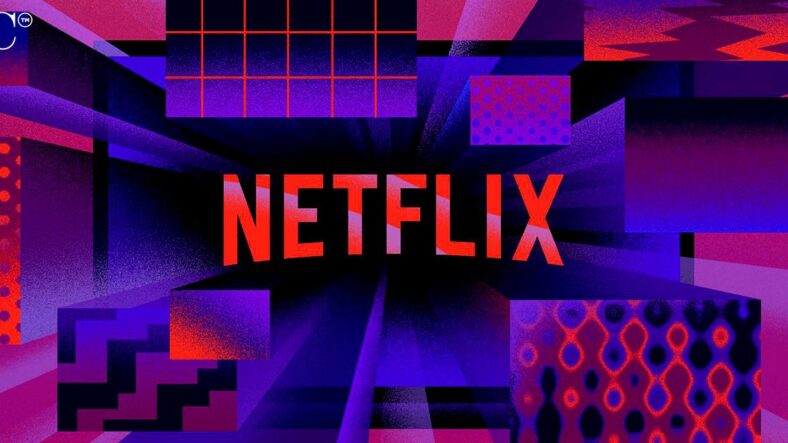 Kids and adults of the '90's and early '00's remember the weird in-between era of entertainment convenience. You could buy a DVD and watch a movie at your leisure, easier than ever before – but it still wasn't that convenient, because the DVD had to be available and you had to be willing to sink money into it on the off-chance you'd enjoy it – or wait for that bargain bin.

At the same time, movie rental companies were losing their luster. While many had converted from VHS to DVD, the experience just didn't have the same appeal it did in the '70's and '80's, so consumers were itching for something new and different.

Enter: Netflix. Netflix launched in 1997 and offered something extraordinary: a rental catalogue with almost endless options, and you didn't even have to leave your home – it arrived right in your mailbox.

For 10 years, the company began slowly growing as people started living for the convenience of entertainment that came right to your doorstep, for a low monthly subscription fee. And then something extraordinary happened: streaming video on demand (SVOD).

In 2007, Netflix launched streaming services, changing the entire landscape of at-home entertainment completely. Now, not only did users not have to leave their homes to watch a rental, but they could skip from movie to movie – and not pay for each individual option. It was a mind-blowing experience for users and hinted at great things to come.

But over the last year, Netflix diehards have started to wonder, is the OG streaming and at-home rental service on its last legs? Here's a look at why Netflix may soon fall to the annals of history – supplanted by its offspring.

During the pandemic, all streaming services saw a boost in users. It was almost a necessity like water or masks; at-home entertainment kept everyone sane during lockdowns and connected through shared movie and TV launches. But while some SVOD services have kept their growth steady, Netflix's numbers tell another story.

GameRant reports, "A month ago, back in April, Netflix disclosed in a letter to shareholders it had lost more subscribers than it had gained for the first time in a decade, also warning investors of the projected loss of another 2 million paying users in the second quarter of 2022. The news sent Netflix stock spiralling ever since, now down to $183.48 per share when the market closed on Thursday from the all-time high of $690.31 it reached last October. On a year-to-date basis, the overall picture doesn’t look much better given that in May 2021 Netflix's stock was hovering near the $500 mark."

With over 200K subscribers jumping ship from Netflix in early 2022 and millions more expected to go, the question is – who's leaving? New SVOD users are expected to be fickle, and that wouldn't paint too worrying of a picture. But it appears that a significant percentage – 13% – of users leaving Netflix had accounts dating back 3 years or more.

That's a sign that probably has Netflix execs losing sleep. They almost certainly are if you look at the fact that they just cut 2% of their US employees, contracting their workforce due to lowered revenue. While 150 jobs isn't a huge number in the grand scheme of things, it's all doom and gloom for a company on the edge.

So why is Netflix dying?

It could be due to the fact that Netflix has ants in their pants when it comes to original content. Original content drives subscribers to platforms like Disney + (who admittedly has an extraordinary advantage), Hulu, Prime and others. Netflix was able to keep up for awhile, but then starting getting trigger-happy on popular shows like the OA, frustrating users who now rely on Netflix to cancel the good ones as often as they create them.

And why would users stick with a company who promises the sky, delivers, and then snatches it away just when you're hooked? It almost feels like a bait and switch, leaving fans wondering what the heck Netflix decision-makers are thinking.

In addition, prices have gone up for subscriptions and they've started testing programs to crack down on account sharing, so people in different households can't share the same user account.

Considering the fact that a significant percentage of users account share, it could be a devastating blow to long-time users. Netflix estimates that around 100 million households account share, and execs have made the stunningly tone deaf declaration that cracking down on that habit is an "opportunity." By saying the quiet part out loud, users feel like they aren't appreciated and are nothing but numbers to the company, which may be true but is probably not the most savvy to say aloud.

Netflix execs are clearly saying that they want to wring every penny out of users, while simultaneously denying the content they come to Netflix for – it's breathtakingly bad management of a company that created an entire industry.

What Netflix Can Do to Come Back from the Dead

TechRadar suggests that all may not be lost. By mimicking more successful companies such as Disney +, Netflix may be able to spring forth from the ashes of its bad decision-making. Here's what TechRadar suggests for Netflix to try as a last-ditch:

1. It's all about the benjamins: Netflix's pricing is out of control, and execs have suggested a price hike is coming later this year. While $9.99 for a base subscription (for now) isn't that far off from reasonable, Disney's base account only costs $7.99. Netflix has options that range up to $15.99 – way too much to pay for a diminishing catalogue with commitment-allergic original content.

2. Subscription packages: Disney offers a premier service that allows users to pay more for immediate-release movies if they want, or stick with the lower pricing. Other SVOD services such as Amazon Prime have perfected this skill, with an option that lets users pick and choose the new movies they want to pay for, but not hike their monthly amount. Netflix needs to contract with more SVOD releases and offer people a way to opt in, rather than opting everyone in by higher per month prices.

3. Commercials: Most SVOD services are playing with advertising. Hulu (owned by Disney) already offers options that include commercials, and options that don't for a little more money per month. Netflix is talking about phasing in commercials, but they need to be careful about how they do it. Disney + is talking about the same, but has pledged to limit commercials to 4 minutes per hour of viewing, which stands in stark contrast to cable's approximate 20 minutes per hour of viewing. Netflix needs to dip their toes in carefully, or be prepared for users to dip in even higher record numbers.

So is all lost? It's hard to say what the future will hold, but with the kind of poor management and questionable decision-making at the helm of Netflix currently, things aren't looking good. If the OG streaming service goes down, it provides opportunities for others to snatch up their content – but it will mark the end of a titan that no one would have predicted even a few years ago. Hopefully the executives can learn from other services and make the improvements, but it's not an easy bet.