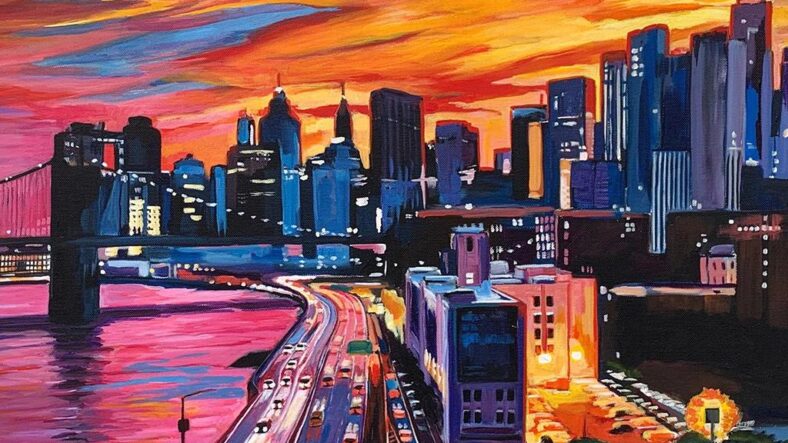 New York City police have reported that they were able to successfully shutter an illegally-run club in Midtown over the weekend. Amid state and local lockdown laws, the club violated public health and safety, and was found to be operating without a liquor license on top of it.

400 People Gather to Get Wild 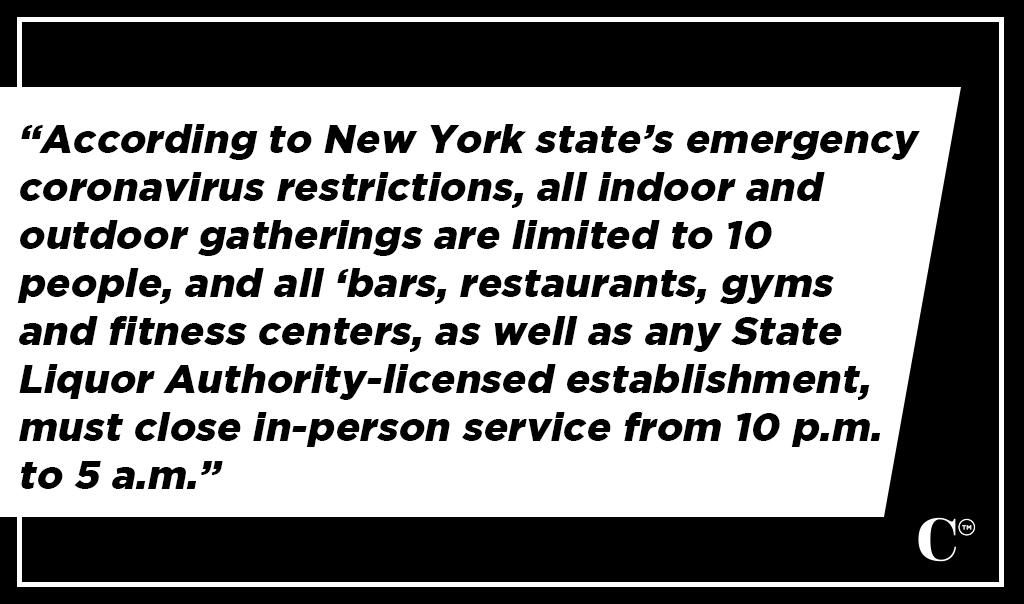 According to police reports, at least 393 people were found in an illegally operated club in Midtown New York City on Saturday. Next to the Pig N’ Whistle on West 36th Street, the club was operating in violation of several pandemic-related restrictions.

Per ABC News, “According to New York state’s emergency coronavirus restrictions, all indoor and outdoor gatherings are limited to 10 people, and all ‘bars, restaurants, gyms and fitness centers, as well as any State Liquor Authority-licensed establishment, must close in-person service from 10 p.m. to 5 a.m.’”

When the police arrived, they discovered that not only were nearly 400 people meeting in violation of the law, but the venue was serving alcohol without a liquor license. The NYC Sheriff’s Twitter account shared images of dozens of bottles of liquor seized in the shutdown.

Four arrests were made, with suspect names yet to be released. The charges include operating without a liquor license and holding a mass gathering against city and state orders. 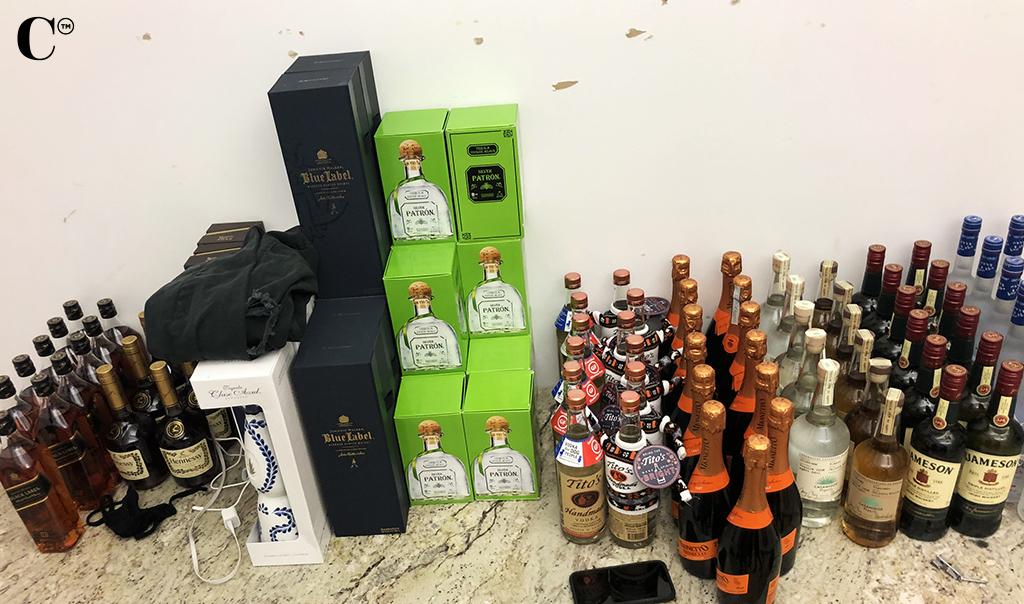 Although the NYPD can claim victory over Saturday’s gathering, history has shown these kinds of gatherings to have a sort of zombie life to them. Quash them somewhere and they tend to spring back up again somewhere else. Especially in the era of digital contacts, word of mouth is easy to share. In California, the Los Angeles mayor Eric Garcetti opted to cut off power and water services to houses which continuously flout pandemic gathering restrictions. Sway House TikTok superstar Bryce Hall was the target of the city’s punitive measures in August after one too many house parties tried the mayor’s patience.

Throughout history, Americans have proven tenacious at meeting despite local laws, with the best example perhaps being the Speakeasies of the Prohibition era. 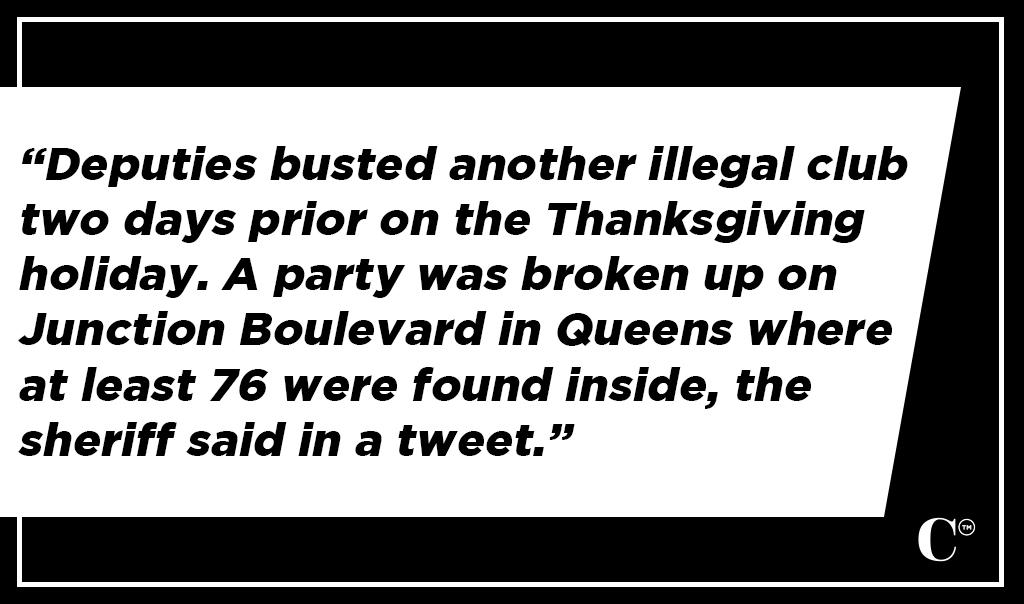 Fresh on New York City officials’ minds is how devastating the first and second waves were for NYC. With some of the highest COVID case rates and death counts in the country, and therefore the world, NYC has been proactive in attempting to control this climbing third wave. However, officials seem to be struggling with what the best path forward is.

Initially, NYC Mayor Bill de Blasio opened schools. They were delayed, then opened, then closed again. Now De Blasio suggests he will be opening them again.

Deputies busted another illegal club two days prior on the Thanksgiving holiday. A party was broken up on Junction Boulevard in Queens where at least 76 were found inside, the sheriff said in a tweet.”

As people continue to flout the gathering rules while case numbers climb nearly exponentially, fears grow that only an effective vaccine will spell relief for places like New York. Thankfully, Pfizer, Moderna, and Johnson & Johnson have all announced successful tests and trials of vaccines that should be available to the public as early as December.