New York City Gears Up to Honor What Would Have Been the 50th Birthday of Notorious B.I.G.

For fans of rap and hip-hop in the '90's, it's shocking to realize that it's been 25 years since troubled 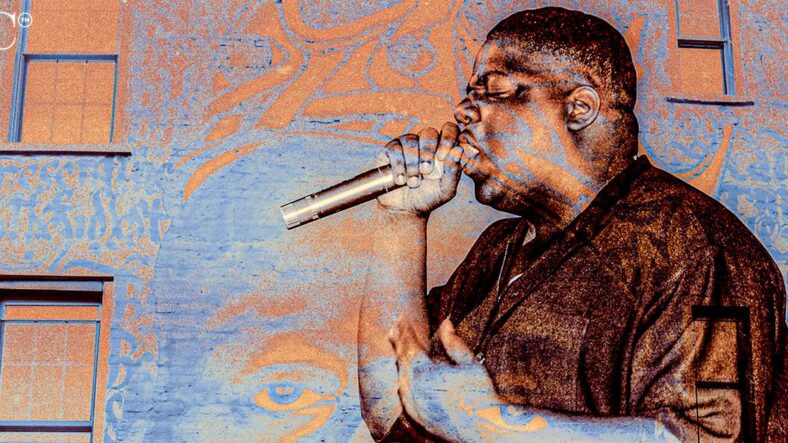 For fans of rap and hip-hop in the '90's, it's shocking to realize that it's been 25 years since troubled but talented East Coast artist Notorious B.I.G. (also known as Biggie Smalls) was killed over a national turf war.

A truly larger than life individual who left a lasting impact on the industry, Biggie was just 24 years old when he died. This year on May 21, Biggie would have turned 50. And although he's long gone, New York City is celebrating the birthday of one of their most famous sons just as faithfully as they would if he were still alive. Here's a look at some of the celebrations taking off in the Big Apple this weekend.

Loss of a Music Legend

On May 21, 1972, Biggie was born Christopher Wallace in Brooklyn, New York. The son of Jamaican-born parents, Wallace's family was abandoned by his father when he was a toddler.

Wallace was exposed to street life from a young age, but always showed skill with the written and spoken word. Starting at age 12, Wallace was dealing drugs. At 17, Wallace dropped out of high school to hustle on the street for easy cash.

In 1989, Wallace was arrested on weapons possession charges and served a five-year probationary sentence, but he violated it within a year. Shortly after that, he was arrested for dealing cocaine in North Carolina and spent 9 months in prison. Wallace had run-ins with the law again in 1995 and 1996, including charges for robbery and aggravated assault. Much of Wallace's street cred came from his tough-guy law-flouting persona, which in Biggie's case wasn't an affectation.

Biography.com writes, "Interested in rap from a young age, he began performing with local rap crews including the Old Gold Brothers where his skill with words — both verbal and written — was soon being celebrated and appreciated. By age 13 he was nearly six feet tall and heavyset, his physical presence earning him the childhood nickname 'Big' which he would capitalize on in his emcee career as Biggie Smalls, Big Poppa and the Notorious B.I.G. With friends, Smalls made demos in his basement, one of which was passed to the Unsigned Hype column editor at The Source magazine before catching the ear of Sean 'Puffy' Combs who was working at Uptown Records. Combs signed the baritone-voiced rapper immediately, taking him to his new label, Bad Boy Records, when it launched in 1993, “’cause he said it sounded like I could just rhyme forever,' Smalls told Rolling Stone in 1995. 'I’m definitely a writer,' he added of his skill. 'I don’t even know how to freestyle.'”

Wallace crafted his reputation by appearing in the singles of other rappers, but soon gained his own traction. In 1994, he released his debut album Ready to Die, which spawned hits like "Juicy," "One More Chance," "Big Poppa" and others which earned him the number 6 spot on the Billboard Hot 100 and a Grammy nomination for Best Rap Solo Performance in 1996.

Meanwhile, in his personal life, things weren't progressing in the same linear fashion. Wallace welcomed daughter T'yanna with long-time ex-girlfriend Jan Jackson in 1993. Jackson couldn't handle his infidelity and wandering ways, but he tried to support T'yanna to the best of his abilities. Unfortunately, this caused Wallace to reach back to what he knew could turn quick cash – dealing drugs again.

Shortly after releasing Ready to Die, Wallace married R&B star Faith Evans. But Evans separated from Wallace not long after they married, because he was having an affair with rap star and industry co-worker Lil' Kim. Kim later confirmed their affair and recounted abuse she suffered at Wallace's hands during their time together. Evans and Wallace did eventually reconcile although the affair with Lil' Kim continued, and the couple welcomed son Christopher 'C.J.' Wallace Jr together in 1996.

As Wallace struggled with the balance between the straight-and-narrow (such as it was in the world of hip-hop) for his daughter and returning to the streets to make money, his lyrics were honest and reflective of the troubles that follow a life of crime.

It was during this time that Wallace got involved in the volatile East/West Coast rivalry, teaming up with Bad Boy Records against former friend and West Coast star, Tupac Shakur and Death Row Records. Shakur was shot and killed in a drive-by in September 1996, lighting a fire on the dry tinder that was the coast-to-coast rivalry. Rumors placed Wallace behind the shooting, an accusation which he staunchly refuted.

But enough people believed it. Biography adds, "On March 9, 1997, in Los Angeles, Smalls left a Soul Train Music Awards after-party early in the morning to return to his hotel. While stopped at a red light, a black car pulled alongside the vehicle in which Smalls was traveling and the rapper was shot four times with a pistol brandished from the parallel car. Rushed to Cedars-Sinai Medical Center he was pronounced dead at 1:15 a.m. The murder case remains unsolved."

At the time of his death, Wallace was just two weeks from the released of a record which went ahead posthumously as planned – cementing his place in hip-hop legends as his voice was heard from beyond the grave. Wallace's death became a rallying point for the East Coast rappers who maintained their guy was not involved in Shakur's murder.

Although he was no saint, Wallace's quick rise in the music world and reflective lyrics helped make him one of the biggest names in the industry. The fact that he died so young – just 24 – and 25 years ago doesn't diminish the impact his life still has to this day.

And nowhere is that as evident as it is in New York City, Wallace's birthplace. Mayor Eric Adams declared May 21, "Christopher 'The Notorious B.I.G.' Wallace" Day. Yesterday, even the Empire State Building got in on the birthday celebrations, tweeting, "I like when you call me big poppa. Celebrations for @thenotoriousbig’s 50th birthday begin tomorrow, 4-9PM & Sat 4-9PM." Visitors can also buy Biggie merch when they book a tour.

And the MTA is teaming up with Rhino Entertainment to offer special limited edition Biggie cards through MetroCard vending machines at four stations.

ABC 7 NY reports on several events lined up for New Yorkers and visitors to celebrate the late rapper's anniversary of his birth:

And in addition, "June 10: –Lincoln Center will host an orchestral tribute to The Notorious B.I.G. on June 10, featuring music arranged and conducted by Miguel Atwood-Ferguson."

Although he is somewhat of a controversial figure in retrospect (and even at the time) it's clear that both Biggie's presence and impact are missed in his hometown, and the city is ready to celebrate the birthday of a man who died young but left a long-reaching legend behind.