After New York battled one of the worst COVID-19 outbreaks in the country, the numbers have finally been moving in 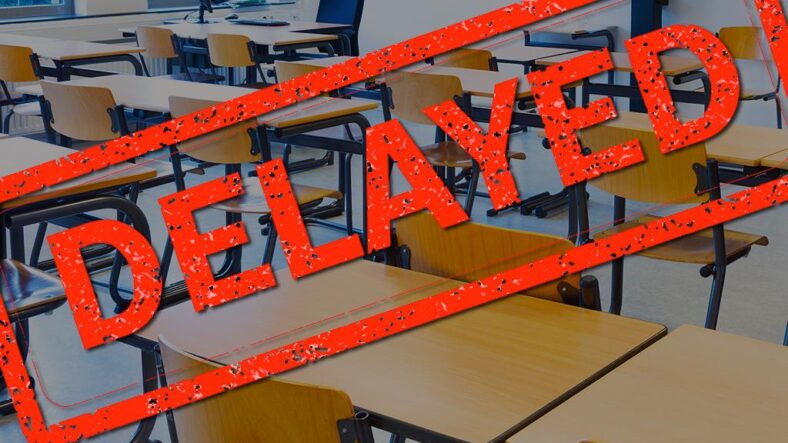 After New York battled one of the worst COVID-19 outbreaks in the country, the numbers have finally been moving in the right direction. Due to the success of their COVID-19 response and improvement in case numbers, school officials were hopeful to return kids to classrooms sometime in early September. A series of delays pushed that return date back to September 21st. Now again, students will have to wait longer. With just days to go before they were expecting to return to class, most New York students will be waiting nearly another 10 days.

When Will Students Return?

At first, Mayor Bill De Blasio had announced that schools would open on September 10th. However, the teachers association United Federation of Teachers in New York City, immediately began sounding alarm bells that they were not prepared to open safely. After a series of negotiations, De Blasio announced that the open date would be pushed back to September 21st.

Patch reports, “De Blasio said the new delay was decided after educator union leaders approached him Wednesday with specific concerns about staffing and other issues arising in the reopening.

The leaders — United Federation of Teachers President Michael Mulgrew and Council of School Supervisors and Administrators President Mark Cannizzaro — sat alongside de Blasio during the announcement.

Mulgrew, who previously expressed deep concerns over the reopening, talked about ‘tough’ times for educators grappling with coordinating in-person and remote learning. ‘We must make sure we get this right,’ he said.

Cannizzaro said concerns boiled over when it became clear that some classrooms would not have teachers. ‘To me, that was the big red flag,’ he said.”

It sounds as though there will not be enough teachers to fill the classrooms, possibly due to teachers resigning over safety concerns. Teachers all over the country have been fighting back against in-person openings as they worry about the safety for themselves and their students amidst the COVID-19 pandemic. While De Blasio has been trying to reassure parents that they will pull staff from substitute teacher pools and ensure that all classrooms are open, Cinnizzaro seems skeptical.

Will There Be Another Delay?

This remains to be seen. If they can’t find enough teachers to fill the classrooms, they have two options; larger class sizes in person, or all-digital classes which allow for much higher capacity classes per teacher since they aren’t limited by social distancing restrictions. Districts across the county have faced teacher shortages as those with health conditions, who are elderly or who live with at risk family members, have had to resign or take a Leave of Absence in order to safeguard their lives.

Some districts have opted for all-digital approaches, which allows these concerned teachers to retain their positions, and some have tried to prioritize a return to classrooms for only the children who need it; the ones who receive ESE services or who would be left alone at home because of working parents. Some districts offer a rotating hybrid model with kids rotating in and out of the classroom on different days and learning from home on off days.

De Blasio seems confident that they will find a way to supply enough teachers to open for the students to return to classrooms. However, with the uncertainty over staffing issues it’s possible that the district will be forced to delay once more. Parents eagerly awaiting some sort of certainty in the midst of all this will have to wait and see. For now, though, they have a return date and if all things go right, their students will soon be back in front of a teacher learning.