Is Niall Horan Engaged To Amelia Woolley? A Complete Timeline Of Their Relationship

Wait, is Niall Horan gearing up to walk down the aisle with his girlfriend, Amelia Woolley?! That seems to be 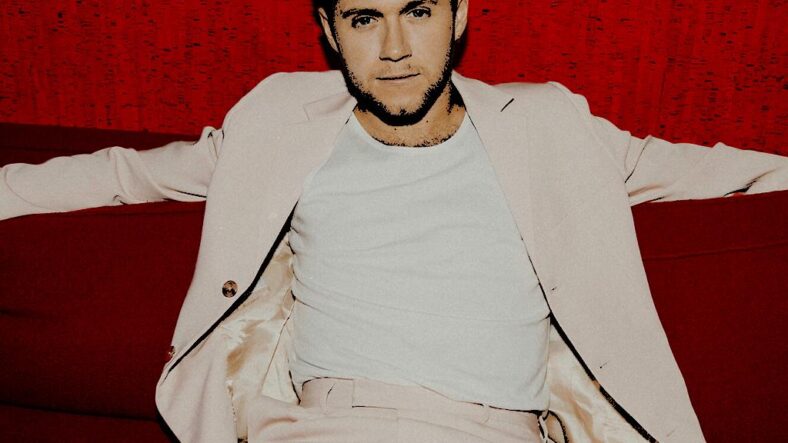 Wait, is Niall Horan gearing up to walk down the aisle with his girlfriend, Amelia Woolley?! That seems to be the question on everyone’s minds after the One Direction member’s girlfriend was spotted with a suspicious ring on that finger, so we decided to investigate once and for all.

In a series of pics obtained by Daily Mail, the star and the designer shoe buyer could be seen walking in London together on Tuesday, May 4. And if you look closely, fans will notice that Woolley has a gold band on her left ring finger.

“Please are Niall and Amelia engaged she’s wearing a ring,” one fan tweeted after the pics hit the web. Another added, “So Niall had a pap walk with his hands in his pockets for every picture and Amelia has a ring on her ring finger ???????”

Please are Niall and Amelia engaged she’s wearing a ring

so niall had a pap walk with his hands in his pockets for every picture and amelia has a ring on her ring finger ???????

So are the love birds engaged?! Well, unfortunately, until they confirm or deny the rumors themselves, it’s hard to say for sure — but if they are getting married, we hope they announce something soon! We guess we’ll have to wait and see.

So we may not know if they’re engaged or not, but we do know a lot about their year-long romance. In honor of the possibility that they may be tying the knot, we decided to go ahead and recap their entire love story from start to finish. Here’s a complete timeline of their relationship…

When Did Amelia Woolley And Niall Horan Start Dating?

The first time fans discovered that Horan was dating Woolley was in July 2020, after he brought her to a friend’s Fourth of July party. At the time, friends uploaded pics and videos from the celebration, and everyone was quick to notice that the singer was cozying up to her in them.

Then, Woolley shared a selfie with Horan to her Snapchat a few days later, and boy, did they look cute together! Daily Mail reported at the time that they had been together for two months already, and that they grew super close during the coronavirus lockdown.

“Niall is very serious about Amelia, lockdown has definitely intensified his feelings for her,” a source dished. “Niall has been seeing Amelia for the last two months. He thinks Amelia’s gorgeous but they also really get on – and she’s told close friends this could be the real deal.”

As for how they met, the insider continued, “They met in London as Amelia works for shoe designer Nicholas Kirkwood and moved to Kensington for her job. Amelia has spent a lot of time getting to know Niall at his London apartment after lockdown restrictions eased.”

What Has Niall Horan Said About The Relationship?

The couple was photographed grabbing dinner together in August 2020, but when a fan claimed that Horan didn’t look happy with Woolley in the pics, he was not here for it.

“By the looks of a picture taken at about 1/15 second shutter speed, NO,” he clapped back at the fan, who asked if he had been sleeping enough. “If a paparazzi picture is taken at 1/15 shutter speed, what about all of the over movements in between the pictures? [Example:] normal walking, smiling, hand movements, eye movements?”

If a paparazzi picture is taken at 1/15 shutter speed, what about all of the over movements in between the pictures eg: normal walking, smiling, hand movements, eye movements ??

And when another Twitter user asked him why he even spends time replying to haters, the “Slow Hands” crooner explained, “To help other people. Because we are famous faces and people see us online, on TV, in interviews, etc… Doesn’t mean people can say what they want. It’s effectively the same as walking up to someone in the street and just saying what you want to their faces… You just don’t do it.”

“I respond not because I’m personally offended by any of them (in fact if you knew me personally you would know I couldn’t give a s**t about most things in life),” he added. “I respond because I try to help people understand that you can’t just say what you want to people online.”

It’s effectively the same as walking up to someone in the street and just saying what you want to their faces… you just don’t do it .

He also gushed about her in an October 2020 interview. He said, “Yeah, I am [dating someone]. I’m gone. They took me away — the love angels.”

What Else Do We Know About Their Relationship?

The pair was also spotted at a soccer game together in September 2020. And it looked like they spent Horan’s birthday together that same month! How do we know? Well, a celebrity chef actually posted a snap of what appeared to be a meal he cooked for the 27-year-old and he tagged Woolley in the post, whose accounts are all on private.

And that’s not all. It appears that Horan has already met Woolley’s family. Yep, he was spotted in Devon, England, with Woolley and what appeared to be her dad in May 2021 — talk about a big step.

Who Has Niall Horan Previously Dated? 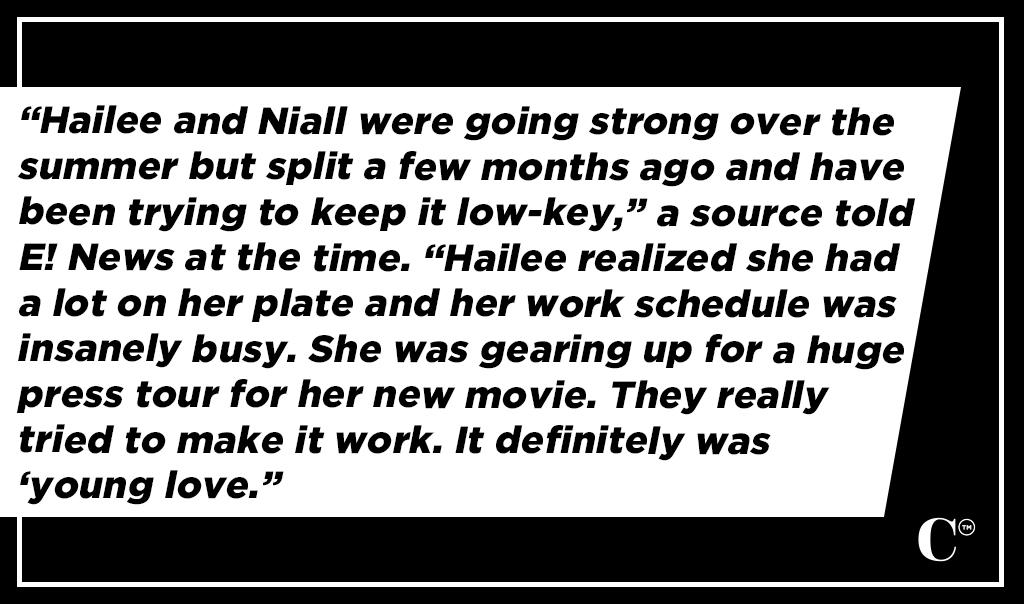 Horan has been linked to some of Hollywood’s biggest stars over the years, including Demi Lovato, Ellie Goulding, Barbara Palvin, Ariana Grande, Selena Gomez and more. His most recent relationship was with Hailee Steinfeld, and it’s safe to say that things didn’t end well for them.

For those who forgot, the two stars actually met in late 2017, when they both performed on the Jingle Ball Tour. The instantly hit it off, sharing adorable videos and pictures with one another and gushing over each other online. But it wasn’t until early 2018 that rumors started to spread that they were dating.

In January 2018, when Us Weekly asked the star if she and Horan were a couple, she explained, “I feel so lucky that [my fans] care enough about me to know what I’m doing every second of every day, but I think that sometimes it’s hard for people in general to realize that there are boundaries to a person’s life and personal life.”

During their relationship, the two stars stayed super tight-lipped about it, but they were caught packing on the PDA few times. Besides their Backstreet Boys and Disneyland dates, they were also photographed getting cozy in the Bahamas together and sharing a smooch while shopping in Los Angeles. And get this — Horan even reportedly flew all the way across the globe to see Steinfeld during a three-day break from his tour! So cute!

It seemed like they were picture perfect together, until December 2018, when news hit the web that they had ended their relationship.

“Hailee and Niall were going strong over the summer but split a few months ago and have been trying to keep it low-key,” a source told E! News at the time. “Hailee realized she had a lot on her plate and her work schedule was insanely busy. She was gearing up for a huge press tour for her new movie. They really tried to make it work. It definitely was ‘young love.’”

After they split, Steinfeld allegedly threw some shade towards her ex when she posted on her Instagram Stories that she was done dating “narcissists.” Plus, she also alleged that he cheated on her in her song “Wrong Direction.”

“On my tip-toes / But I still couldn’t reach your ego . Guess I was crazy to give you my body, my mind . Don’t know what I was thinkin’ ’til now . Everyone thinks that your somebody else / You even convinced yourself,” the lyrics read. “Couldn’t even see you through the smoke / Lookin’ back, I probably should have known / But I just wanted to believe that you were out sleepin’ alone.”