It’s a grim scene in Northern California today as fires sparked by lightning burn across the landscape and drive residents from their home. Thousands have been ordered to evacuate as the dry brush goes up like tinder and fire-fighters race to save life and property. 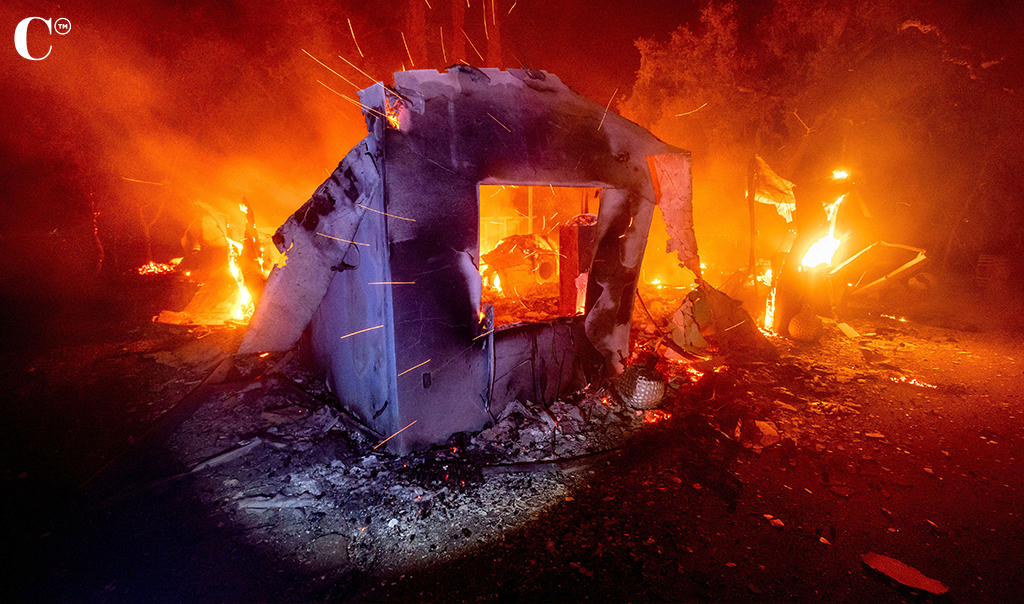 Which fires are the most destructive right now?

Over the past 3 days, over 11,000 fires strikes in the dry conditions of North California have led to over 360 new fires. Cal Fire spokesperson Jeremy Rahn said that, as of Wednesday, over 300,000 acres had burned. 3 different multi-complex fires have led to the greatest damage:

Why are the fires spreading so quickly? 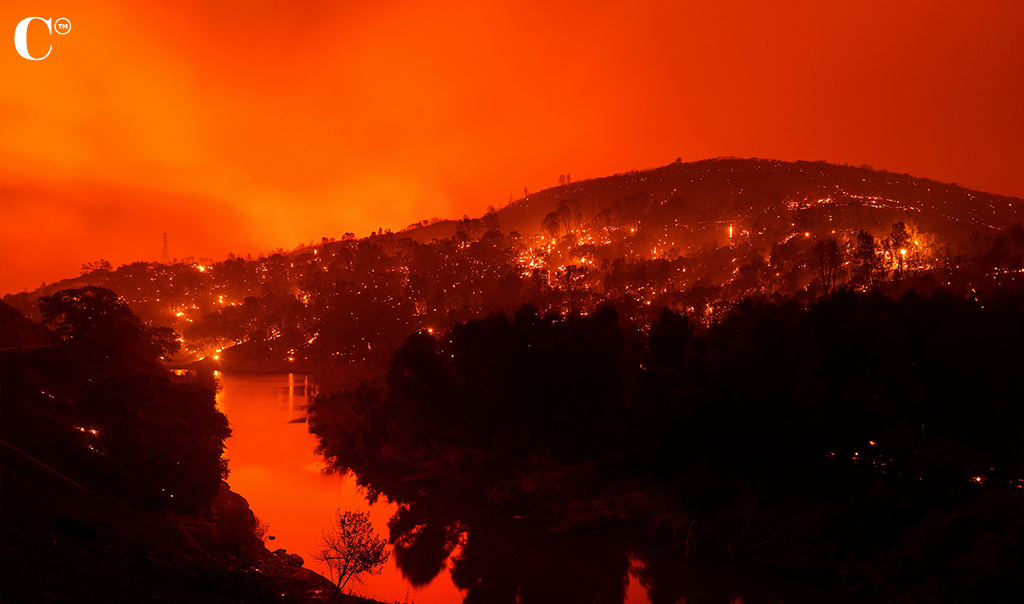 While California has a wildfire season every year, environmental conditions are becoming more and more conducive by the year for fires to spread quickly and do more damage. Bloomberg reports that changes to the climate have led to California experiencing more than twice the usual fall and fire days as they did a generation ago. This year, California was gripped in a record-breaking heat wave and dry spell which led to the conditions that made it conducive for lightning strikes to ignite the tinder-like dry brush in Northern California. Daniel Swain, a climate scientist at UCLA and the National Center for Atmospheric Research, says, “The problem is it was so unbelievably hot, and the amount of dry lightning and also if you think back to this past winter, it was very dry across most of Northern California. That’s the trifecta. It’s hard to imagine anything worse… …The number of fires in the Bay Area from this weekend is extraordinary. I don’t know if it’s unprecedented, because we don’t know how many there are. It’s actually overwhelming, there’s so much fire going on in Northern California.”

“California has a really flammable ecosystem,” University of Colorado fire scientist Jennifer Balchtold the Associated Press. “People are living in flammable places, providing ignition, starting the wildfires against a backdrop of a warming climate that is making wildfires worse.” 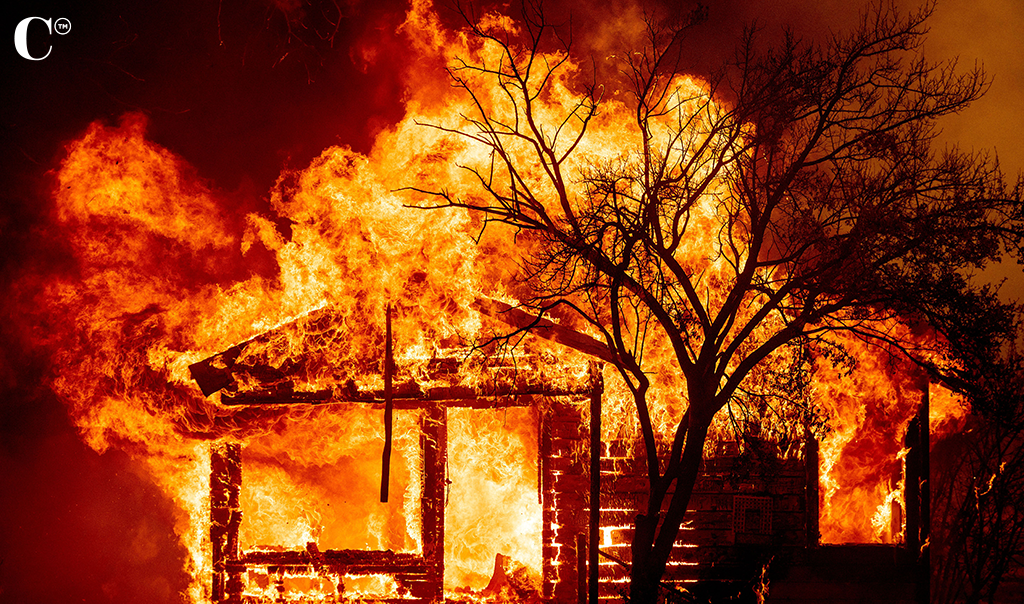 As of Thursday morning there was some good news and bad news. The bad news is that the firefighters are battling fire-friendly conditions in record-breaking heat to try to bring the fires under control. They are very poorly contained at the moment, and conditions will not improve any time soon for those hoping to slow the spread. 3 firefighters were also injured while battling the CZU complex fire, and one helicopter pilot died while battling the blaze in Fresno County.

The good news is that the cavalry has arrived and multiple states are sending firefighters to Northern California to help battle the blazes. As firefighters converge from all across California, Nevada, Texas, and Arizona have sent crews to back up and relieve the embattled local firefighters. Although California has a wildfire response team, Cal Fire, they are being overwhelmed by the breadth and scope of these major complex fires.

What should North California residents be aware of?

Both Cal Fire officials and the Governor have pled with residents to heed evacuation orders. With the COVID-19 pandemic in full swing, it’s a challenge to provide shelter and refuge for those fleeing the fires while also protecting them from the risk of the fires. Bloomberg shares the words of a California official, “’This really is unprecedented,’ said Bela Matyas, health officer of Solano County, where residents of the town of Vacaville were forced to evacuate as fires crept toward the city. ‘We need people ideally to be able to stay in their homes and not be socializing with people, not be congregating.’” But with evacuation orders expanding, that may not be possible. So experts need residents to plan ahead. Officials pled with residents on Wednesday to be prepared, “‘My recommendation is that all the citizens in California be ready to go if there is a wildfire,’ Cal Fire spokeswoman Lynnette Round said Wednesday. ‘Residents have to have their bags packed up with your nose facing out your driveway so you can leave quickly. Everybody should be ready to go, especially if you’re in a wildfire area.’” 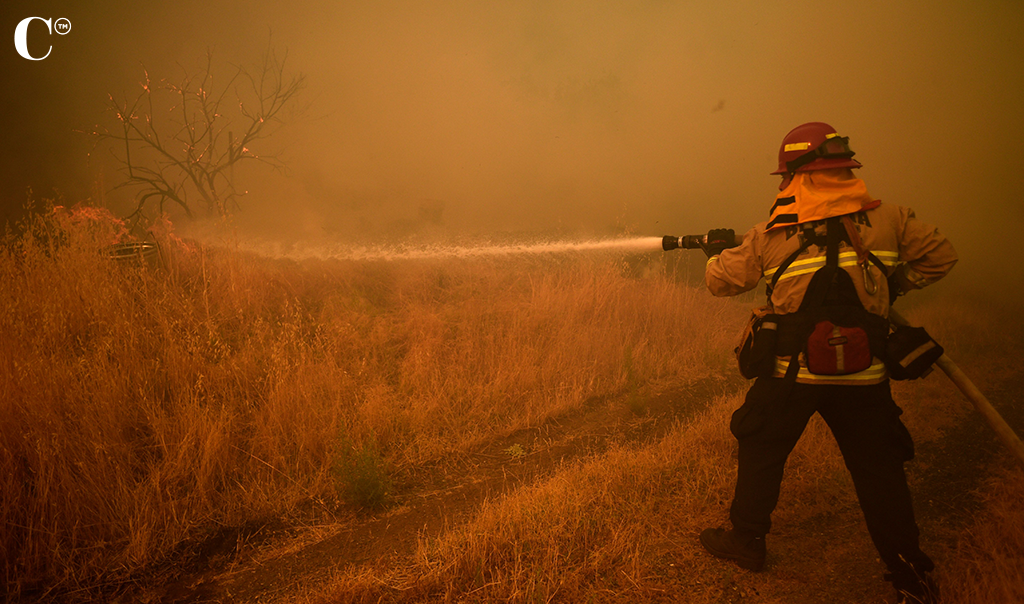 Steps you can take right now to prepare:

Residents working together to heed orders will provide the safest outcome for everyone in the path of these fires and will allow for officials to battle the fire as effectively as they can. 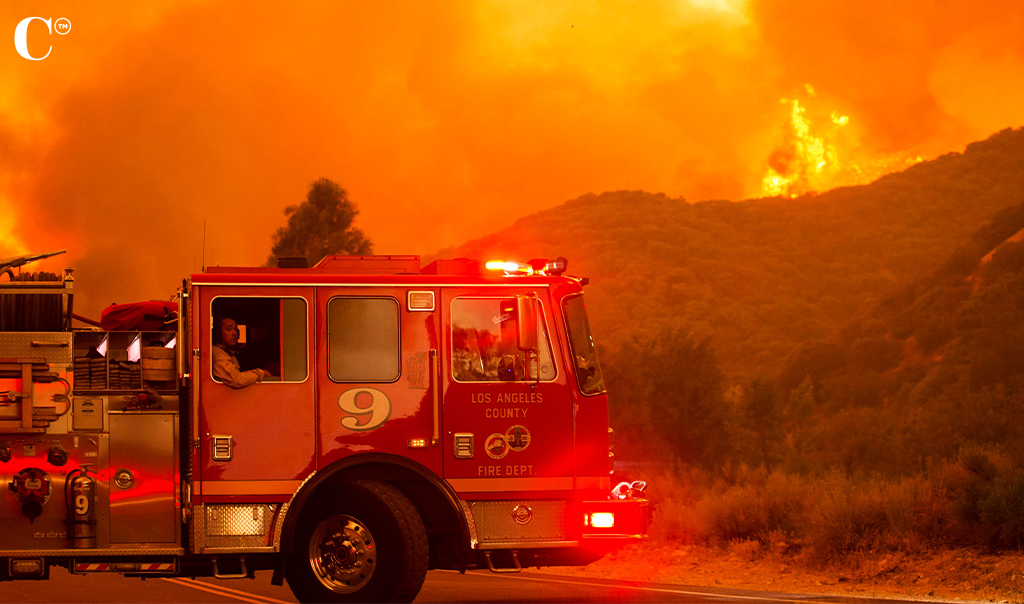 What’s ahead for those battling the blaze?

Unfortunately, the firefighters are facing a critical shortage of resources. While Newsom has pled for aid from other states and they have answered, right now they still worry that there may not be enough resources to contain the fires quickly.  While temperatures are expected to cool over the end of the week, the weekend may bring renewed record-breaking temperatures and dry conditions which will make the fires spread more quickly, and will continue to burden the firefighters who wear heavy and hot gear to stay safe. With officials scrambling to open enough shelters to safely accommodate evacuees in the face of the growing COVID-19 pandemic, the evacuations continue to grow. Residents should continue to pay attention to local officials and make plans now to leave if it becomes necessary. ABC News reports, “‘The resources that have been on these fires for the past 72 hours are the same resources that have been out there for the last 72 hours,’ Cal Fire Unit Chief Shana Jones told reporters in Calistoga. ‘They are fully engaged and happy to do so to protect you. However, it is imperative you hear the message. … You have to evacuate when we ask you to.’”