The world is mourning in the shocking wake of a school shooting in Uvalde, Texas, that left 19 fourth grade 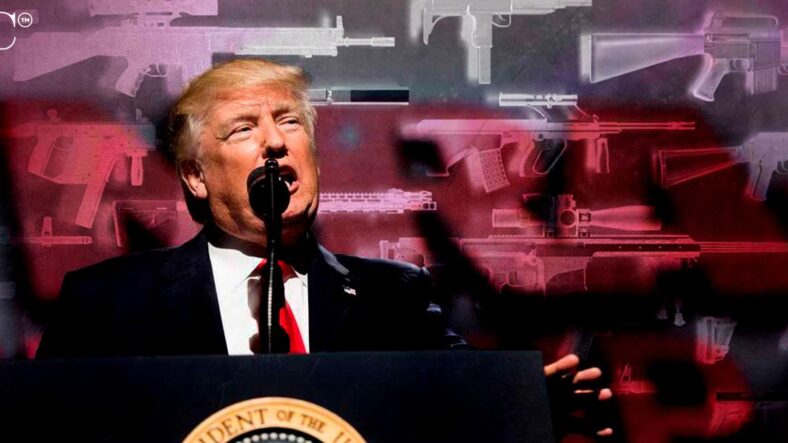 The world is mourning in the shocking wake of a school shooting in Uvalde, Texas, that left 19 fourth grade students and two teachers dead.

Even as the country reels and looks to find their feet again in the face of unimaginable loss, the National Rifle Association is gearing up to host their annual leadership forum this weekend in the same state.

Headlining speakers include political heavyweights like former President Donald Trump and Senator Ted Cruz, leaving many shocked that they'd still consider speaking in favor of guns even as the long shadow of Robb Elementary School's tragedy looms over the week ahead.

Texas Governor Greg Abbott will no longer appear at the forum in person, instead offering a pre-recorded appearance. Abbott will speak on the ground in Uvalde during what would have been his scheduled on-stage slot.

Stars Take the Stage in an Event Shadowed by Tragedy

Every year, the NRA hosts an Annual Leadership Forum in Houston, Texas. Going into the start of this week, organizers expected it to be business as usual; they'd gather together some star speakers and political heavyweights, and continue to extoll the virtues of the Second Amendment, cementing the group's purpose in making guns more freely available to all citizens.

But then, a horrifying school shooting in Uvalde, Texas left 21 dead – most under the age of 11 – and staggered a country already grappling with enormous loss over the past few years.

Now, people are disturbed and unsettled to discover that some of their political idols are still planning to speak on stage in defense of gun ownership, even as more details trickle out about the horror perpetuated by the same tool just days before.

As of Wednesday afternoon, former President Trump and Senator Cruz were still expected to speak, along with Texas Governor Greg Abbott, Virginia Lt. Gov. Winsome Earle-Sears and more. Many are crying foul, putting pressure on these political leaders to bow out and send a message about their stance on shootings.

Supporters of the NRA, whose membership lists around 5 million Americans, suggest that discourse on legal gun ownership is more timely than ever. After all, there's no better time to discuss the safe and legal way to own weapons than when someone has shown what happens when they don't own responsibly.

But the internet is currently roiling with disgust that they would even consider holding it in such close proximity to tragedy. The shooting at Robb Elementary comes on the heels of another mass shooting, this time in Buffalo, New York, which left 10 dead – another reason for the NRA to consider the message it's sending to people, but organizers won't be put off.

Perhaps telling, guns are banned from the convention center during former President Trump's speech – putting to question the idea that the NRA believes that the public is safer when people can freely carry their weapons. While it's the Secret Service determining that guns won't be allowed, it's a stark contrast to the message of the NRA, and has people scratching their heads as they wait for word as to whether Trump will proceed with his planned speech or not.

As tears flow fresh and people wrestle with the feelings stirred up by the horror and tragedy in Uvalde, the words of some political leaders are being dredged from the past to question their motives in the present.

Governor Abott for instance, is trying to lead from the front as his state reels from the shooting in their own backyards, but a 2015 tweet has many crying foul. Abbott wrote, "I'm EMBARASSED: Texas #2 in nation for new gun purchases, behind CALIFORNIA. Let's pick up the pace Texans" and tagged the NRA.

And Cruz is being blasted for having a copy/paste response to shootings, promising that he and his wife are holding the victims up in prayer. Cruz often says he doesn't believe gun reform is the answer to school shootings, and worries that political opponents will use the shootings for their own agendas – a bizarre concern in the face of everything else Cruz should be worrying about as his own home state faces tragedy.

And although Trump may be the darling of the NRA's weekend of fun ahead, he hasn't always had a solid stance on anything gun related, except that he kinda sort of probably supports the second amendment.

Except when someone might be shady, then Trump believes due process should come second. In 2018, Trump said (per ABCNews), "I like taking the guns early, like in this crazy man’s case that just took place in Florida. He had a lot of firearms. They saw everything. To go to court would have taken a long time. So you could do exactly what you’re saying, but take the guns first, go through due process second." Notably, this stance lines up with neither the NRA nor the law.

It's an interesting group of headliners taking the stage this weekend, but it all paints one picture: there's no cohesion at the NRA right now. The leadership seems united, but fans of the NRA are uncomfortable with the juxtaposition between the forum and the school shooting. Even their headliners don't seem enthusiastic about appearing – and public pressure may drive them away.