House of the Dragon may well be one of the hottest shows of the year. A rapt audience tunes in 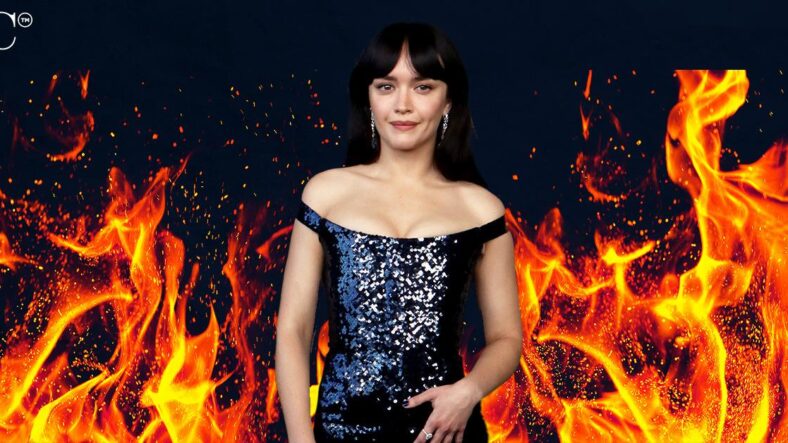 House of the Dragon may well be one of the hottest shows of the year. A rapt audience tunes in every Sunday to see what new salacious drama is happening among the ancestors of Daenerys Targaryen, including Queen Alicent Hightower – wife of King Viserys Targaryen, and step-mother to Rhaenyra, heir to the Iron Throne.

Now, one of the show's most central actors is launching a campaign with Rihanna's Savage x Fenty – and it's a line fit for a queen.

See: Fire, Blood and More Blood: How did House of the Dragon Episode One Stack Up to the Best of Game of Thrones? No Spoilers

A post shared by SAVAGE X FENTY BY RIHANNA (@savagexfenty)

Love her or hate her, everyone has some kind of feelings about Alicent Hightower.

Did she betray her best friend, is she understandable in seeking power for her own sons – what makes the Queen tick? All of these questions swirl the young Queen as she battles it out with her step-daughter for control of the Iron Throne's future.

But one thing is certain: the actress who plays her, Olivia Cooke, slays in a new Savage x Fenty campaign.

Cooke's campaign was launched online with a sleek and suggestive video, showing off the lace-and-leather look that's just right for a modern day Alicent.

Fenty wrote in the caption, "Fit for a queen Lace & leather looks juuuuuust right for an iron throne. Cop that new new before it’s gone."

In another post they added, "It’s her. She’s the drama," and, "Serving bawdy… high in her tower" with a dragon emoji.

It's clear the brand is taking full advantage of her connection with the hot new series, but that doesn't distract from how stunning Cooke looks, with a confident and sultry stare.

But Cooke isn't wasting her time in the spotlight, she's also opening up about something very personal. Cooke says that she was forced to grow up quickly, and it led to mental health struggles that dogged her for years.

Daily Mail writes, "Olivia's Savage x Fenty campaign came two days before she revealed that she suffered a 'full mental breakdown' at age 22 in 2016 while filming Thoroughbreds and Ready Player One back to back.

'It was a big old lovely cocktail. Being homesick and not knowing it, having not stopped since I was 18, being on my own for large swathes of time.'

The Soft Voice producer-star said she was 'very good at hiding' her depression, which was worsened by the double shock of Brexit and election of President Donald Trump."

Things didn't improve when she moved to Vancouver to film A&E's Bates Motel. Cooke told Observer Magazine, "I'm so grateful for that job, but I had a really tough time on it." She continued, "The way the schedule worked, we all had different storylines, so a lot of my time was spent in this apartment in Vancouver, working once every two weeks."

Cooke explained that her, "incessant, persistent, anxious thoughts," faded by 2019 and she's doing much better now.

Cooke had not watched Game of Thrones before being cast as Alicent, but says that was to her own detriment. She added that she doesn't believe she'll become a mega superstar, explaining, "I've worked for a decade and I've done what I thought – or what everyone told me – would be the thing, and still managed to live very anonymously."

It's hard to stay anonymous when you're looking so fierce in a Savage x Fenty campaign, but not all fame is bad. By opening up about her mental health struggles, Cooke is helping people out there feel less alone – whether she realizes it yet or not.