How The Pandemic Has Changed How We Live In Fashion

How will fashion survive during the pandemic? Can a livestream catwalk capture the theatrical frame and movement of clothing? Can 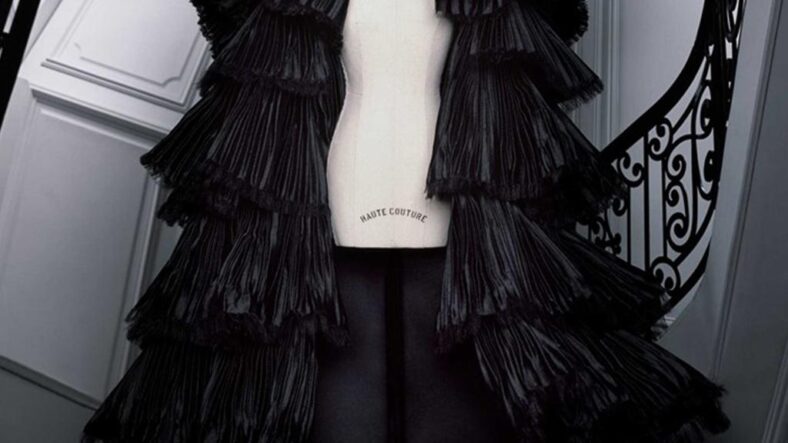 How will fashion survive during the pandemic? Can a livestream catwalk capture the theatrical frame and movement of clothing? Can it inspire a crowd the same? Will the character and meaning behind each item, every movement, every beat walked to, be released and captured the same? Or at least as conspicuously?

Michel Gaubert says in an interview with Vogue “I believe shows could be some kind of enhanced photo shoot with less clothes and less models.” 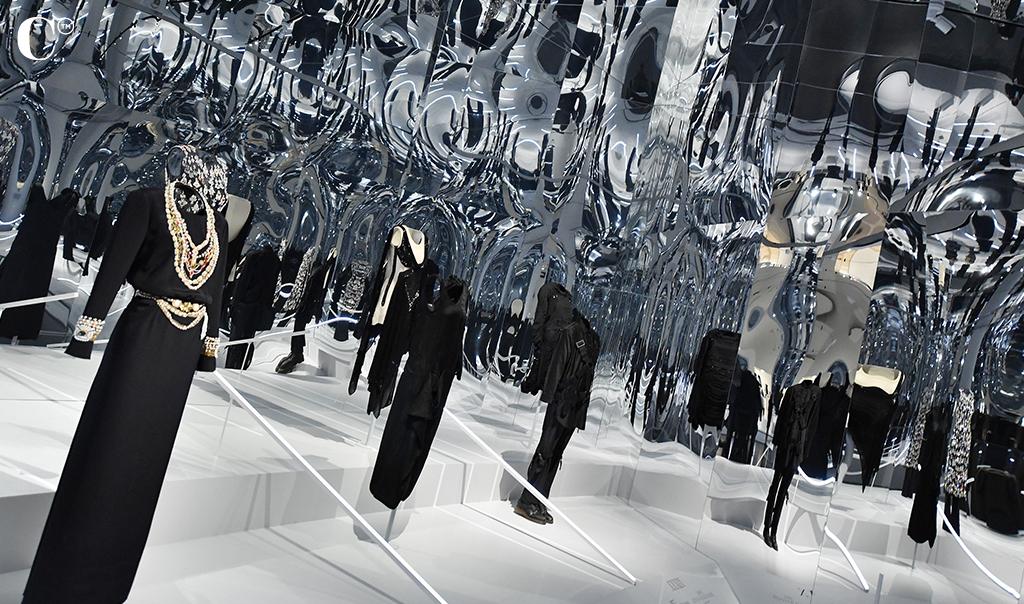 This is a time for designers to shift mediums.

In July, Dior released a 15 minute film for their autumn / winter 2020-2021 haute couture collection. Directed by Matteo Garrone, the film is visual poetry. It displayed movement and texture of the fabrics so well, even from a virtual standpoint. You are brought into a majestic world of romance and elegance. It was a purely innovative idea to showcase a collection. An idea that maybe wouldn’t have been given the time of day in the fashion world pre-pandemic.

Take Bianca Saunders for example, the up and coming, boundary breaking, menswear designer of London. She saw opportunity in the time that was given to her from the pandemic and used it to do something one wouldn’t dare to do in fashion. OUTFIT REPEAT. For the digital London fashion week in June she didn’t create a new collection. Instead, she showcased clothing that was presented to buyers back in September 2019.

Don’t go skipping over her just yet though. Because of the slow down in fashion caused by the pandemic, Bianca was able to work on a photo book for those previous looks. The young designer collaborated with photographer Joshua Woods and model/poet Jess Cole to unveil the inspiration behind the clothes more extensively. It’s described as “visually arresting”. It was because of the designers need to come up with a creative solution that this project was born. The project communicated a more detailed narrative behind the clothing and the collection than the fashion show itself was able to do alone.

Shifting mediums to showcase collections has altered the attention to be on the content creation rather than just the clothing. 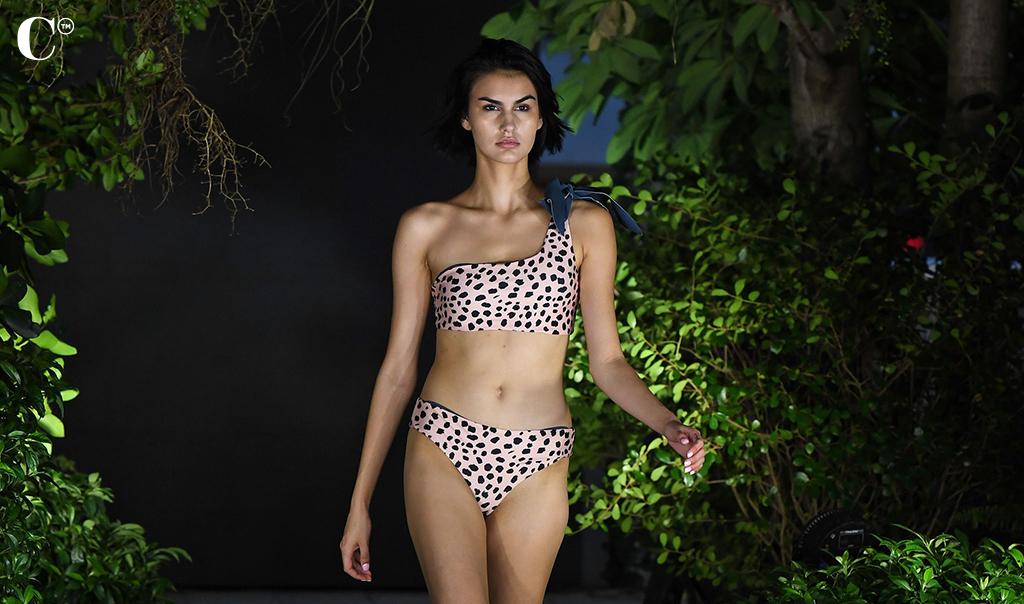 Well, here it is.

“What works live doesn’t always work on video” says Gaubert. No matter how HD you can present a show live online, the best way to present a collection will always be with an in-person fashion show. Visuals and sounds seem too far away and its hard to stay excited when only watching videos; that which lack the thrill that comes with an in-person show. And most of all, the endorphin release and bodily chills that stems from a strong applause at the end of a show is no longer there.

Speaking logistically, Gaubert points out the new struggle that will come to buyers. Gauging fabrics and wearability will be difficult when watching through a screen. Luke Leitch, a contributor at Vogue would agree. He states “clothes are all about contact: as a wearer, you feel them on your skin, and as a watcher, you process them with your eye. The watching part can be done secondhand, but the impact will always be second to the real thing. Digital is better than nothing but its not an upgrade to the real thing.”

As for the Community? 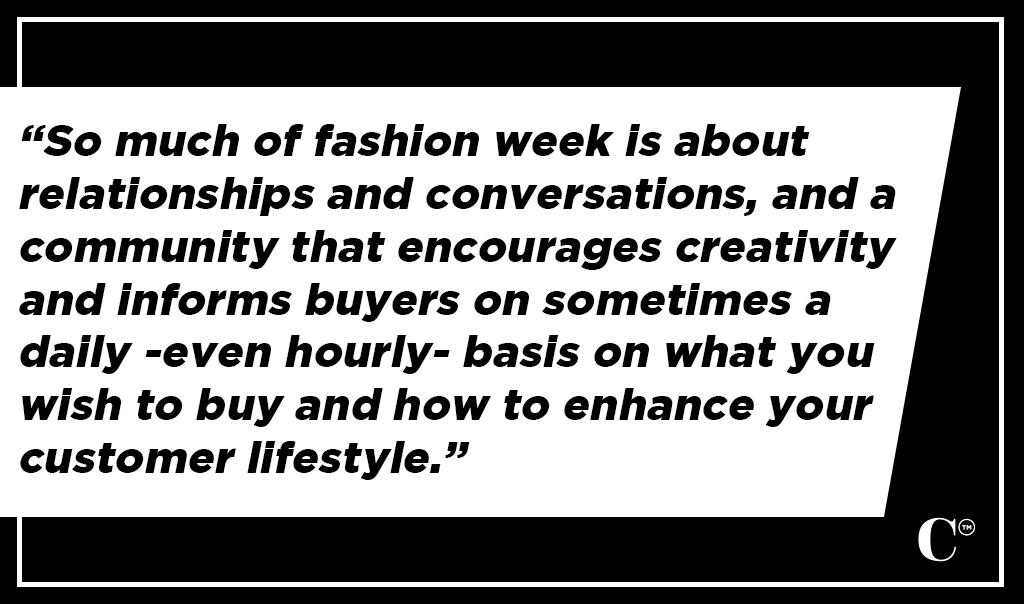 Natalie Kingham states in an interview with Vogue “so much of fashion week is about relationships and conversations, and a community that encourages creativity and informs buyers on sometimes a daily -even hourly- basis on what you wish to buy and how to enhance your customer lifestyle”.

She points out that the shows also “feed a photosynthesis of surrounding micro-industries.” Self employed free lancers, street style photographers and influencers all partly depends on the platform that live shows offer. She reminds us that designers are innovative and will come up with creative solutions but fashion week(s) cannot be condensed into a zoom call the way that other meetings have been. Natalie believes “we should not underestimate how beneficial fashion weeks are to the industry”.

Some Thoughts For The Future 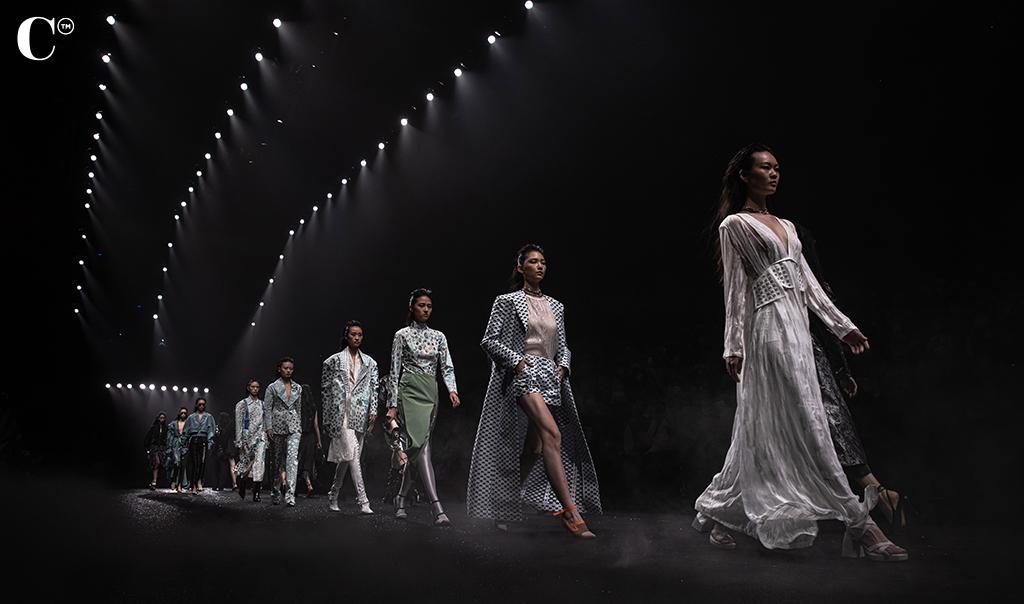 People believe that this is a time for the fashion industry to slow back down.

Alessandro Michele, the creative director of Gucci admits “we went way too far.”

Designers were swept up by consumer demand. Customers desire and demand for newness boosted profits especially when brands obliged. So why wouldn’t they? But, some say it’s been a long time coming and that this is the opportunity to start over in a way that the industry has quietly been wishing for. It’s time to finally take control of the pace and put better practices into place, now having knowledge that they didn’t have ten years ago. For example, the enormous environmental footprint that all of the traveling shows have made. 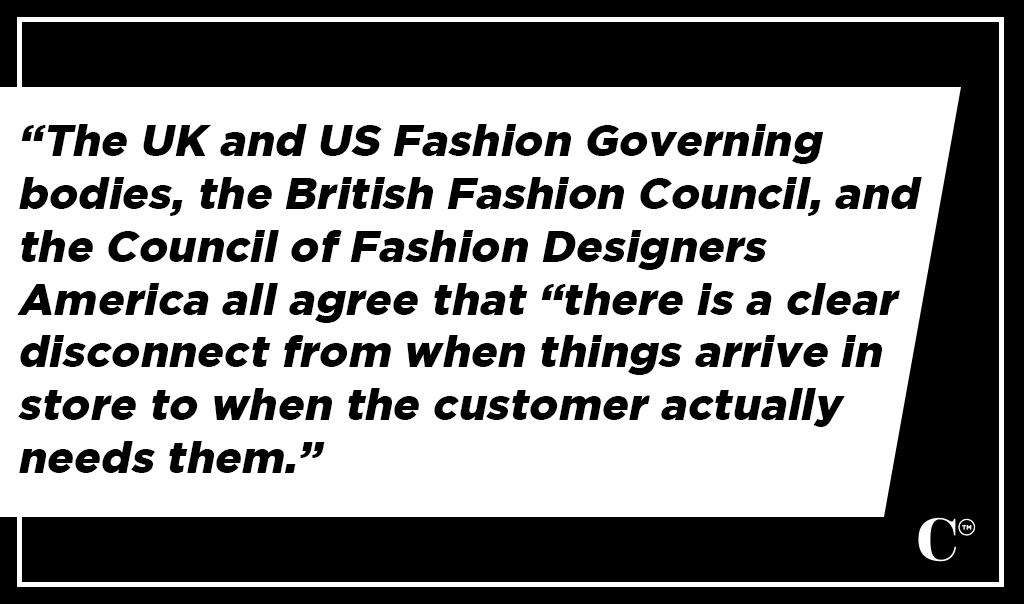 For starters, it’s realigning the fashion industry seasons with the meteorological ones.

The UK and US Fashion Governing bodies, the British Fashion Council, and the Council of Fashion Designers America all agree that “there is a clear disconnect from when things arrive in store to when the customer actually needs them.” So the idea is to sell collections in REAL time. Send spring/ summer collections to stores IN spring/ summer which would be between March and August and then autumn/ winter between September and February. Does this mean no more bathing suit shopping in February before we’ve accomplished our beach bods?! One can only hope!

With the amount of change that the industry has already adapted to and will continue to adapt to, who knows what the future of fashion really will be. But, if the pandemic has shown us anything it’s that there is a multitude of ways to capture what fashion is all about today, we just needed to become more open.