Fashion returned to Paris over the last week (as if it ever left) for Paris Fashion Week. It was a

Fashion returned to Paris over the last week (as if it ever left) for Paris Fashion Week. It was a bizarre blend of celebrating the year’s fresh fashion and faces, mixed with a sober reminder of a humanitarian disaster unfolding just a few countries away: the Russian invasion of Ukraine. Attendees seemed torn between enjoying the warm Spring weather moving into Paris and the fun of a new fashion season, and the reality of living in Europe in these uncertain times. However, events still rolled forward and with them came a much-needed distraction from heartbreak as the fashion world rallied to send messages of solidarity to their neighbors and friends. 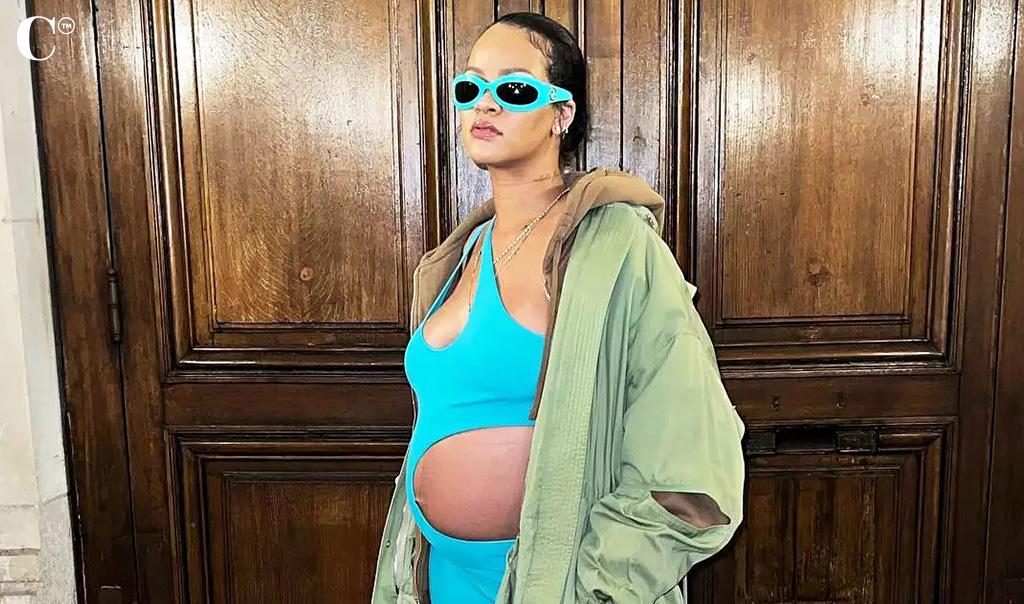 When looking at a big Fashion Week event, one thing everyone is itching to see is the celebrity attendees. Celebs love to take fashion and make it their own, so star-spotting at Paris Fashion Week is a spectator sport as vibrant as any other.

This year was no different, with celebs taking the chance of traveling to Europe in the midst of uncertainty just for the chance to rub elbows with the world’s finest fashion designers, industry peers and fashion lovers who flock to the city of love every year to see what’s what.

Here are some of the star-spotting highlights from Paris Fashion Week 2022:

It was a who’s who of stars young and old, all brought together for their love of both high fashion and the world that follows it.

Big Fashion Events of the Week 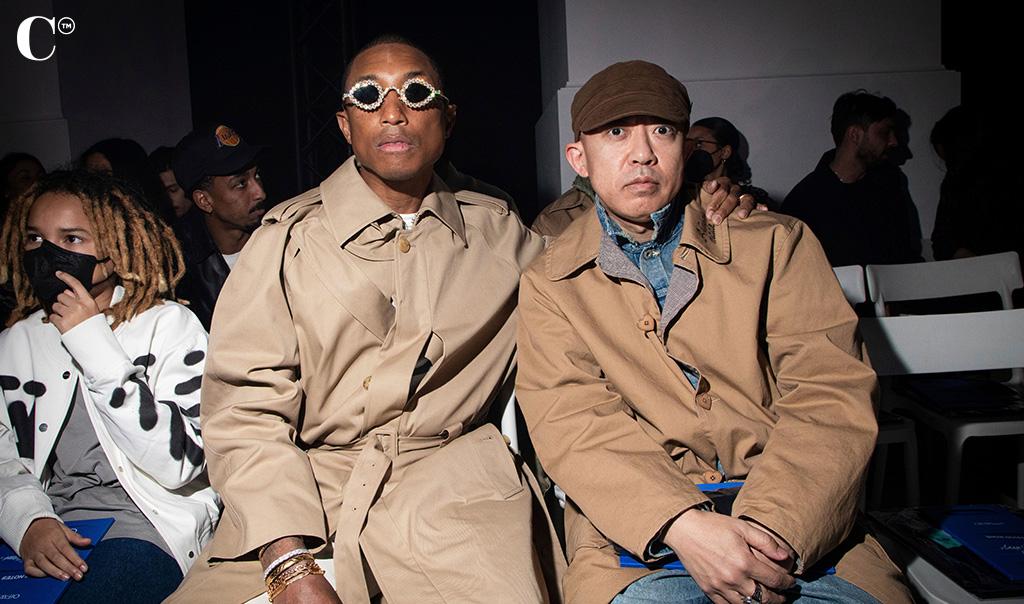 Paris Fashion Week is always an impressive collection of the world’s finest designers, and this year was no exception.

All week, designers brought their finest autumn-winter collections, and it should have been a colorful explosion. A celebration marking a return to normalcy after COVID restrictions are being lifted worldwide. But from designers to attendees, many opted for more muted tones and designs this year as the specter of the Ukranian war loomed over everything.

Some of the biggest fashion houses held their events as usual, including Balmain, Saint Lauren, Dior, Chanel, Balenciaga and more; but most included a message of solidarity. 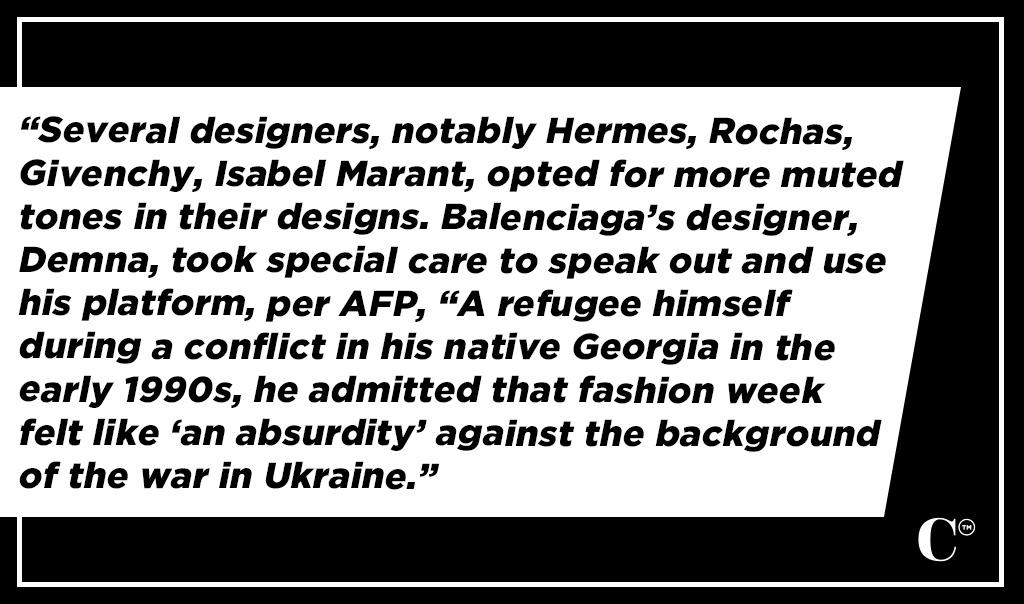 It’s hard to be in a country that has only recently recovered from the devastation wrought by World War II and not feel the hand of current events pressing heavily on your shoulder. As Europe watches the disaster unfold in Ukraine under the Russian invasion, hearts are heavy with anxiety and worry over what’s to come.

Paris Fashion Week reflected this anxiety and heartache, as many spoke out in support of the Ukrainian people. Several designers, notably Hermes, Rochas, Givenchy, Isabel Marant, opted for more muted tones in their designs. Balenciaga’s designer, Demna, took special care to speak out and use his platform, per AFP, “A refugee himself during a conflict in his native Georgia in the early 1990s, he admitted that fashion week felt like ‘an absurdity’ against the background of the war in Ukraine.

But he decided that cancelling the show would have felt like ‘surrendering to the evil that has already hurt me so much for almost 30 years’.

Demna (who has dropped his surname Gvasalia) recited a Ukrainian poem to open his show and draped the seats in the country’s blue-and-yellow flag.”

France’s Fashion Federation gave a message to attendees encouraging them to keep solemnity in mind, and reflect upon the “dark hours” at hand. Russian designer Valentin Yudashkin’s show was canceled after he opted not to condemn Russia’s invasion. Yudashkin has recently been responsible for designing Russian army uniforms.

At the fashion house of Louis Vuitton, millions of euros in donations to vulnerable Ukrainian children were announced, and Balmain and Dior both nearly-prophetically included designs with “protective” elements, a happenstance from living through the era of COVID.

It’s a heavy heart with which Europe continues to celebrate the opening of the world and the advent of Spring. It should have been a moment to rejoice: the moment when COVID turned endemic and restrictions could ease. The arrival of Spring.

Now, it’s all laced with tragedy and uncertainty, and Paris Fashion Week reflected that dichotomy.