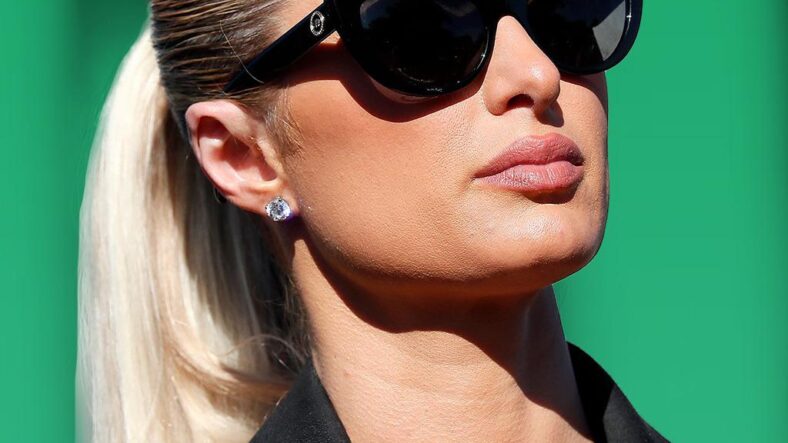 Paris Hilton has been a household name since she and Nicole Richie took the world by storm in the early ’00’s. An heiress to one of the world’s great fortunes and a famous socialite, people thought they knew everything there was to know about Hilton. However, the reality star has recently opened up about years of abuse at the hands of a boarding school for troubled teens. Now, Hilton has stood up before Congress to urge them to take action against schools who engage in what she calls the, “troubled teen industry,” preying on struggling children and causing trauma and damage with their methods. 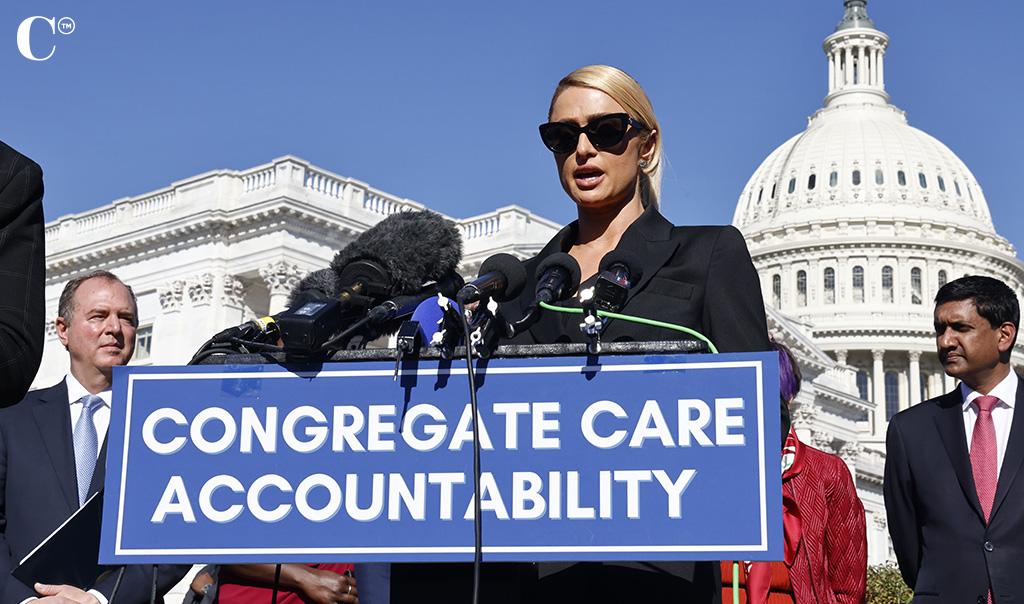 Hilton was in Washington D.C. on Wednesday, speaking before Congress to urge action. Hilton has partnered with Democratic lawmakers Senator Jeff Merkley (Oregon) and Representative Ro Khanna (California) to promote the Accountability for Congregate Care Act.

Each year, parents ship their troubled or struggling children and teens off to boarding schools, reform schools, and boot camps that promise to help turn their behavior around. In reality, many of them are horrifying centers of abuse and neglect and traumatize kids further. This creates a never-ending cycle of kids in need of their “services,” and Hilton wants it all to stop.

The socialize was sent to one such school as a teenager, Provo Canyon School, because her parents truly believed it was going to help her work through her rebellious years. What happened was a vastly different story. Rolling Stone reports per MSN, “Hilton’s appearance on Capitol Hill comes two days after she published an opinion piece in The Washington Post recounting her experience in the industry. In the piece, Hilton recounts being woken up in the middle of the night and handcuffed by two men as part of a ‘parent-approved kidnapping.’ She was only 16 years old, and would ultimately find her way through four separate ‘troubled teen’ facilities. ‘I was choked, slapped across the face, spied on while showering and deprived of sleep,’ Hilton wrote. ‘I was called vulgar names and forced to take medication without a diagnosis. At one Utah facility, I was locked in solitary confinement in a room where the walls were covered in scratch marks and blood stains.’”

Hilton addressed the fact that Congress hasn’t discussed this issue since 2008, despite the fact that more than 120K kids go through the system every year. At the time, a report found that these facilities cause abuse and death, but no real changes were enacted. Hilton called on President Joe Biden and Congress to take action and establish a bill of rights for kids who are in congregate care facilities, like the one she attended as a child.

As she spoke to Congress, Hilton encouraged the passage of ACCA with Merkley and Khanna, and added, “The multi-billion-dollar troubled teen industry has been able to mislead parents, school districts, child welfare agencies, and juvenile justice systems for decades. The reason is a system-wide lack of transparency and accountability. It’s clear that the state-by-state patchwork of limited, weak oversight and inconsistent licensing requirements is not working. Federal law and funding are desperately needed to bring real reform and true accountability to congregate care in America.” 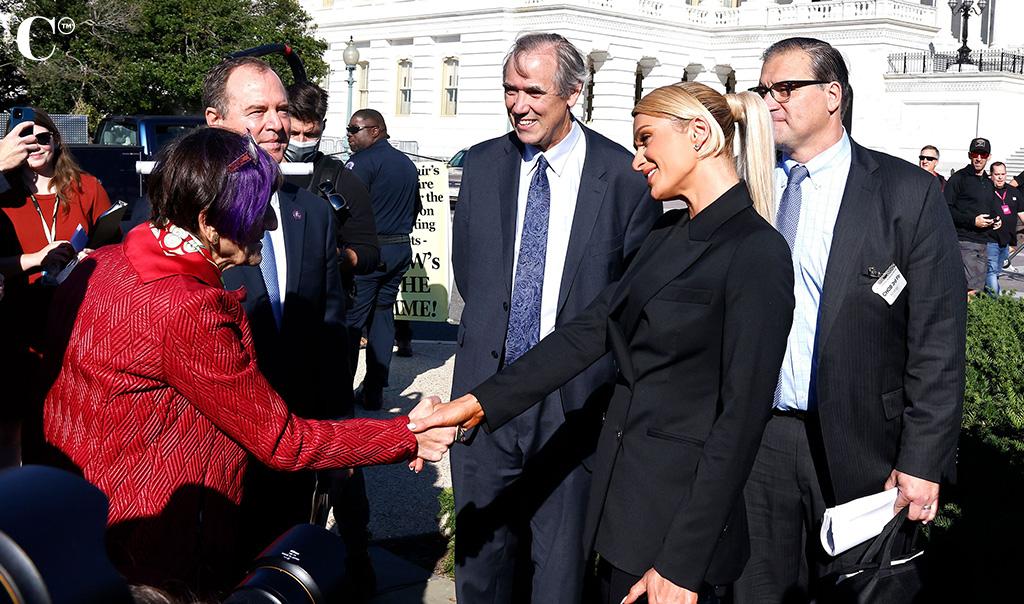 More details of what Hilton endured at the hands of the Provo school were released in a documentary she shared last year titled This is Paris. In the documentary, Hilton contrasts her put-together appearance today with the trauma that lurks under the surface, and the truth that has been hidden for decades.

Before the documentary was released, CELEB took a look at what Hilton had to say about her experience at the school; “In an interview with PEOPLE, Hilton described her horrifying experience at school, “‘The staff would say terrible things. They were constantly making me feel bad about myself and bully me. I think it was their goal to break us down. And they were physically abusive, hitting and strangling us. They wanted to instill fear in the kids so we’d be too scared to disobey them.’

Four of Hilton’s former teen classmates also appear in the documentary, making similar allegations about Provo Canyon School, including that they were often force-fed medication and held down by restraints as punishment.

When one of her classmates told staff that Hilton had plans to run away (‘you couldn’t trust anyone there,’ she says), she says she was placed in solitary confinement. “They would use that as punishment, sometimes 20 hours a day.’”

Throughout the documentary, Hilton shares how the experience beat her down over time, stripping away her carefree and fearless nature and forever traumatizing her. The heiress still has nightmares to this day and was left with severe PTSD. 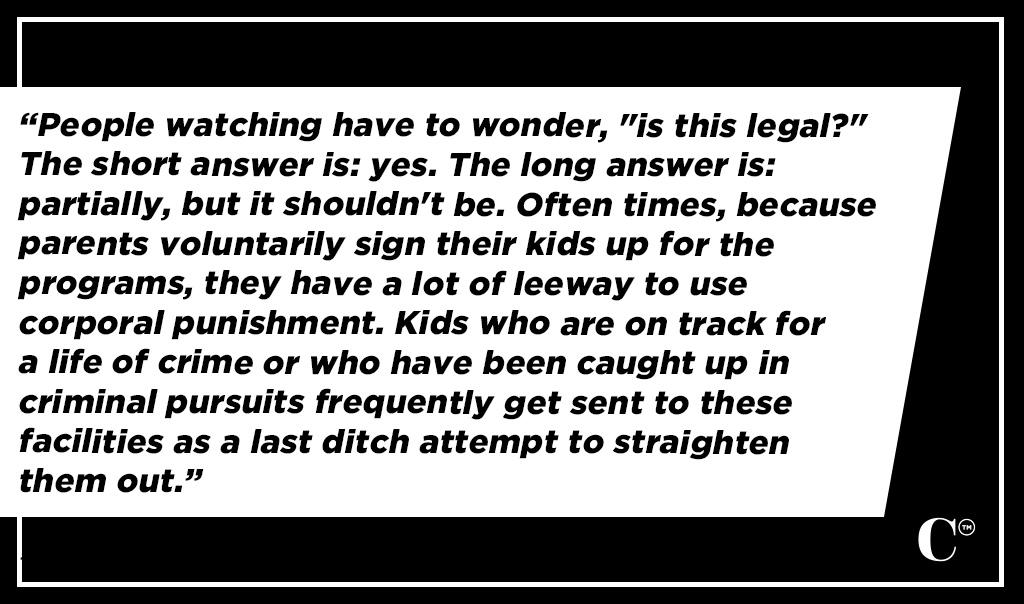 People watching have to wonder, “is this legal?” The short answer is: yes. The long answer is: partially, but it shouldn’t be. Often times, because parents voluntarily sign their kids up for the programs, they have a lot of leeway to use corporal punishment. Kids who are on track for a life of crime or who have been caught up in criminal pursuits frequently get sent to these facilities as a last ditch attempt to straighten them out.

Unfortunately, these facilities don’t make money when kids are cured – so their solution is to keep traumatizing kids to keep creating customers. They threaten and frighten kids who won’t speak up in the hope that staying quiet will let them leave sooner, or keep their friends or family safe. Sometimes, they just want the abuse to stop so they do what they’re told. As a result, the horrors being perpetrated behind the scenes arent strictly legal but they also aren’t of interest to anyone in power.

Who cares about troubled teens, right? Of course, we should all care deeply. Most of the kids caught up in the system are the result of abusive or neglectful lives and need the support and protection of their community, not punishment. Many suffer from mental illness, and locking any kid away and using physical punishment is unimaginably cruel.

Speaking alongside other teen survivors, Hilton implored lawmakers to put aside partisanship and find ways to protect these vulnerable children. “Ensuring children are safe from institutional abuse isn’t a Republican or Democratic issue. It’s a basic human rights issue that requires immediate attention.”