The last two days have been pretty crazy in the 90 Day Fiance world between stars Paul and Karine Staehle. 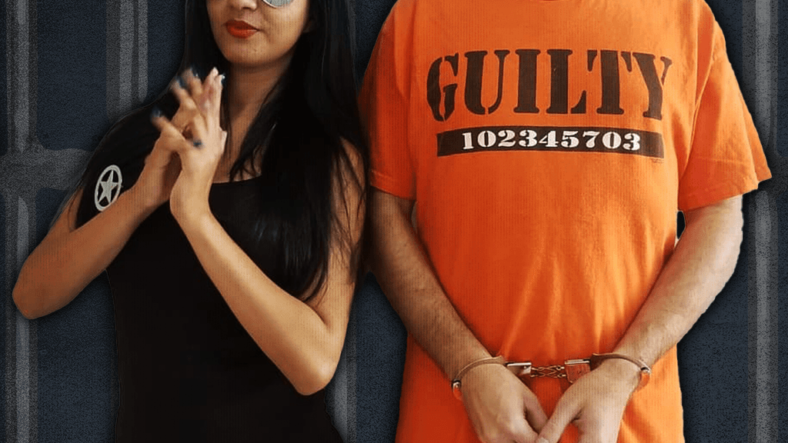 The last two days have been pretty crazy in the 90 Day Fiance world between stars Paul and Karine Staehle.

To review, things began when Paul decided to Instagram Live the police visiting him after Karine had called them. Then, Paul ended up  in the hospital (which he shared on his Instagram story), claiming he had an STD, all the while swearing he had never cheated on her (thus implying she had cheated on him). Then, later that night, Paul claimed he had been served a restraining order in which Karine had accused him of multiple things- including rape.

After that, Paul ended up revealing that the sheriff’s department had come to visit him and that Karine and their son, Pierre, were missing. Paul urged anyone who had any information to contact the sheriff’s department. Interestingly, while at the hospital, Paul had claimed a neighbor contacted him and claimed Karine hopped in the car with a strange man (with Pierre) and zoomed off.

All while this was going on, Karine deactivated her social media and their son’s Instagram page had all the photos removed. Paul also has since removed pictures from his social media (including the post asking people to contact the sheriff’s department).

Understandably, fans are wanting an update to know what’s going on.

In a video shared to YouTube’s Master of Blackjack entitled “EXCLUSIVE: Inside the Mind of Paul Staehele, Keeping it Together,” Paul broke his silence for the first time since the incident to update fans on Karine, Pierre, and where his head is at.

In the video, Paul noted he does NOT believe that Karine was the one who wrote the things he was accused of on the restraining order. 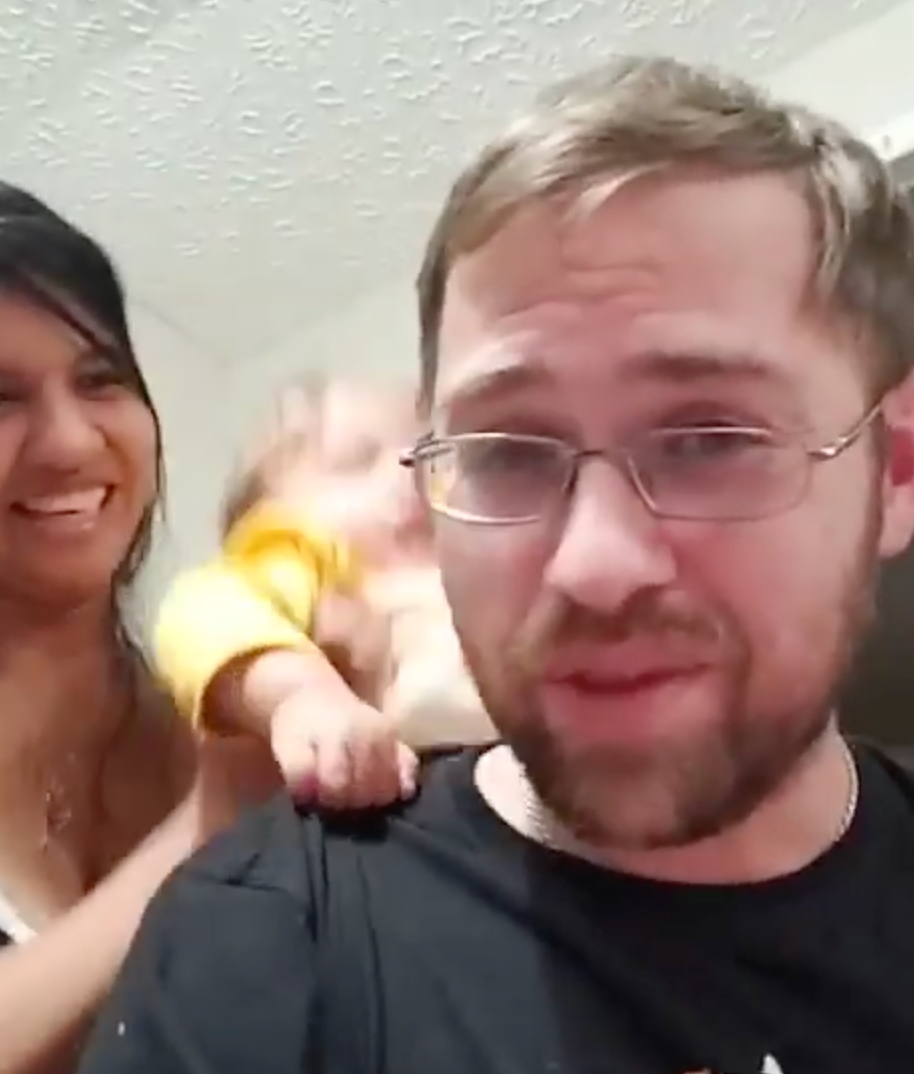 “Some very shocking things I’ve been accused of which has shocked me,” Paul began with sharing. “I honestly, on some of the most heinous things on there, I honestly do not believe my wife would say or write those things. So, in the end, I think the truth will come out.

“I’ve requested for a Brazilian translator, government-issued translator to be there,” Paul continued sharing. “So everything is translated word for word. There’s no embellishment, there’s no false statements. I don’t think you know, she knew. I don’t. I’m not mad. I’m not upset. I even told her when their friend was – the person was calling trying to do all that stuff, I said ‘Do you understand what a restraining order is and what that is?’ It means I cannot be within 500 feet of you and the baby and you can’t just come back. She said ‘that’s not true. You lying, you lying.’ That’s how a restraining order works. When [it] gets in place. You can’t just pull it out. It’s in place for a set amount of time. She’s like ‘you’re lying.’ I’m not lying. If you go do this one of us has to be out of the house and one of us- we can’t be around each other… She thinks that’s not true.”

Karine and Pierre Are Okay

Paul then addressed his thoughts on Karine and Pierre’s safety.

“Every single forum of communication I blocked her on,” Paul began with sharing, “because I don’t want for her for any random reason that she was reaching out to me upset then I feel like you know it’s my duty to go do something and then we get in trouble and we get in more legal mess.” 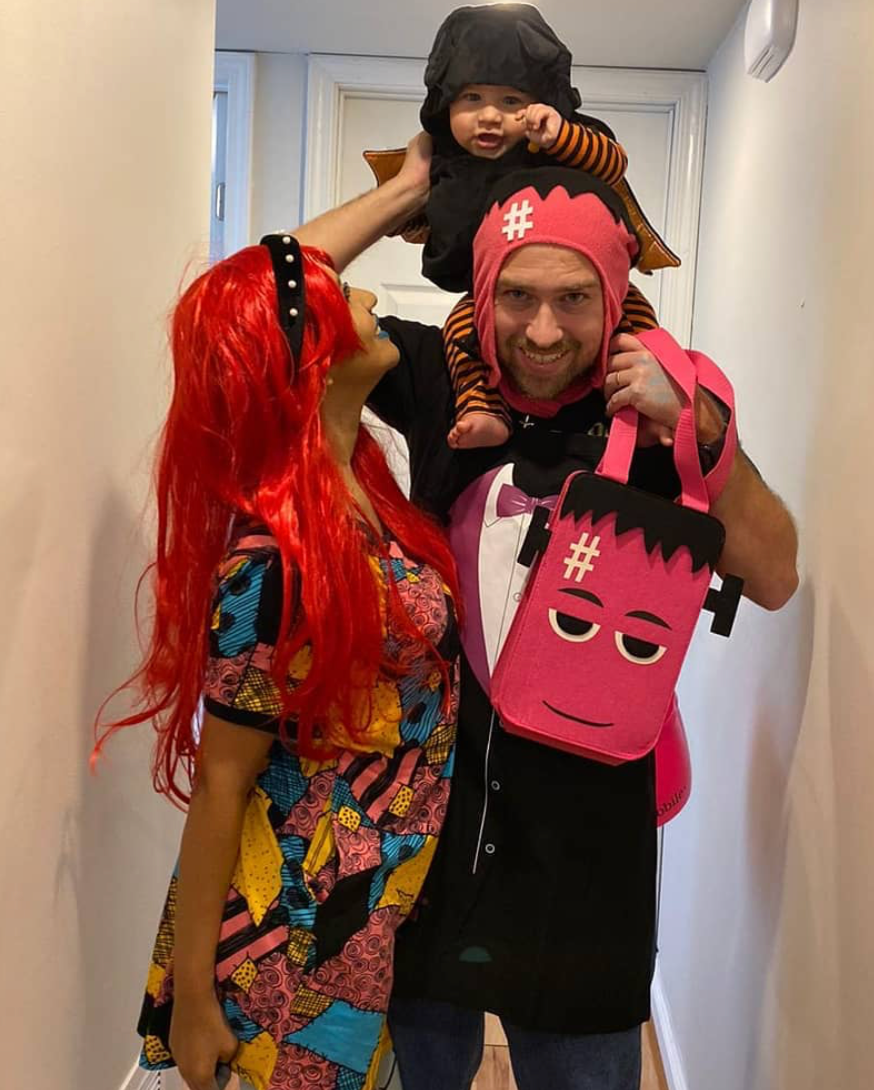 Paul added that “My mindset is wherever they are, they’re safe or okay.”

The Truth Will Come Out

Paul continued to insist that he doesn’t believe that Karine wrote the things on the restraining order noting “someone else wrote this” and “I know the truth will come out.” 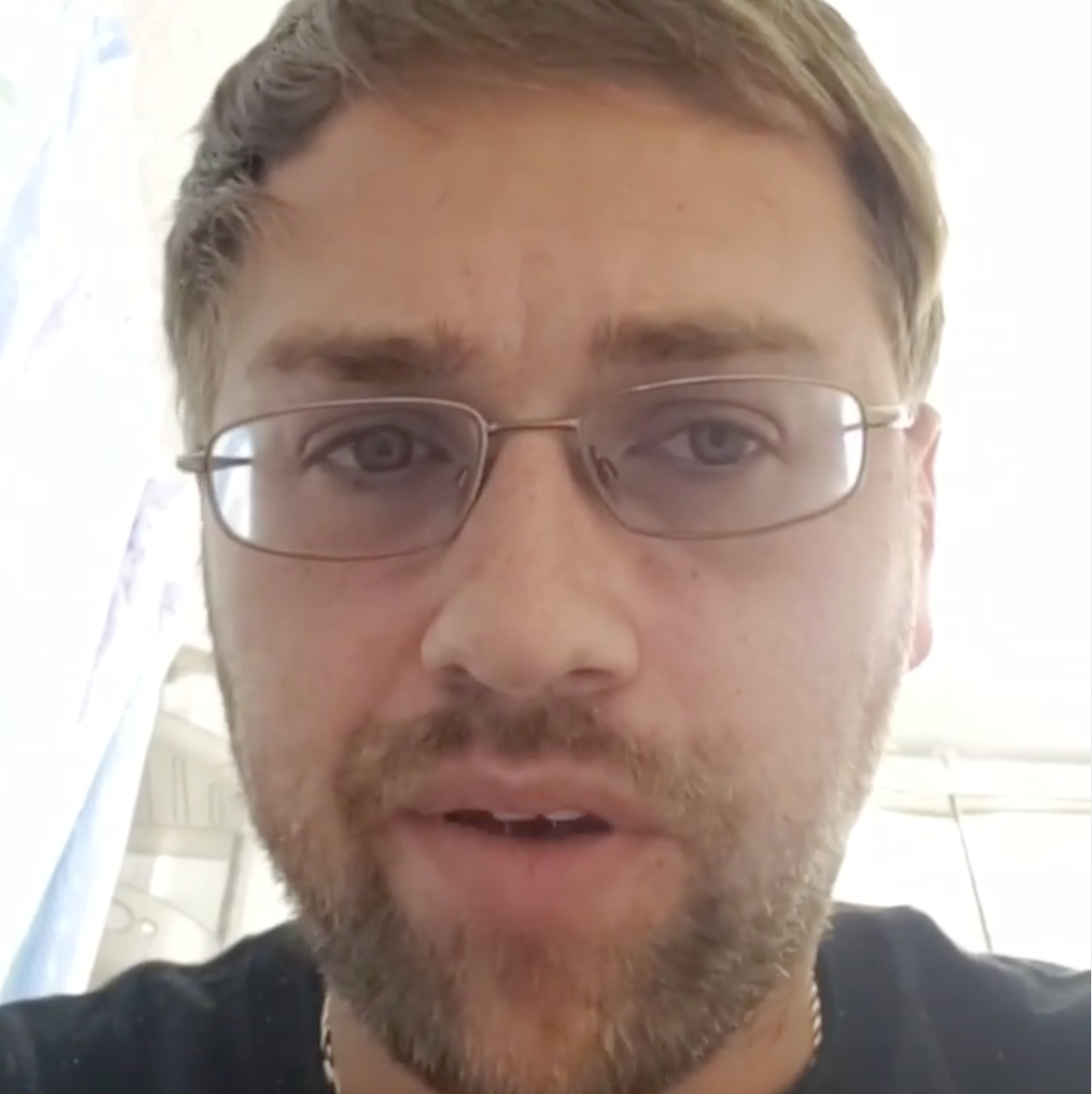 Paul Has Nothing To Hide

Paul also explained in the video that he has an open-ddoor policy with law enforcement and has nothing to hide.

‘I always tell [I’ve got an] open-door policy. Come in the house. I got nothing to hide.”

Paul also went on to discuss the night he was in the hospital and the restraining order, stating that “I had a feeling when I was in the hospital. And everything else. I had this- I had this weird vibe, you know, and then I end up talking to the sheriff’s office, and they told me they’re gonna come serve me paperwork. And I was like, You know what? That’s That’s fine… I’ll come to you. I got nothing to hide. I’ll come to you. I went downtown. I waited 30 minutes in the sheriff’s department to be served.”

Paul also noted he’s been getting death threats/ “heinous threats” since this began, stating that “I’ve been getting some wild crazy phone calls and private numbers, crazy things like all kinds of death threats and other stuff. You know, I’ve got that through my life though. I’ve had people call me and do things like that and you know, a lot more a lot more. It’s like, it’s ridiculous.” 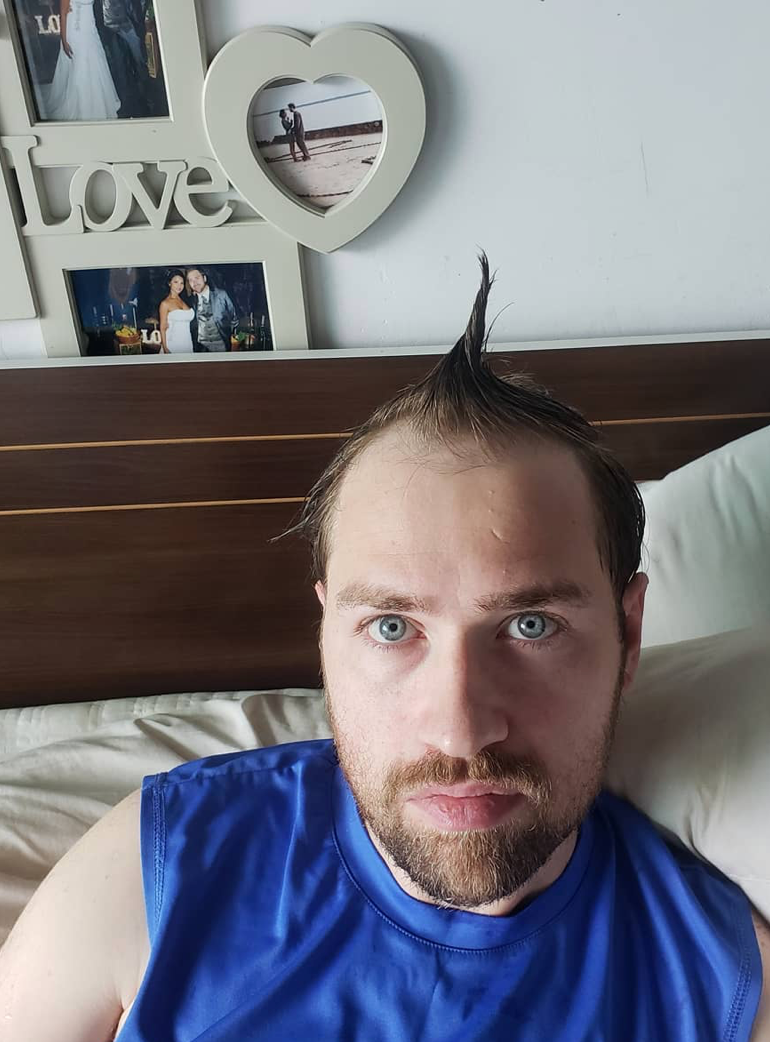 “[If] it continues, you know, I might go somewhere else for a little bit,” Paul also stated. “I don’t know.”

Paul then reiterated that “Like I said, with law enforcement I have nothing to hide, you know, I’ve always had an open-door policy. They come here nothing to hide, come in. You want to serve me paperwork? I’ll come down to you.”

Paul went on to note that “Sometimes people love people enough that they protect them from things and don’t say things. And that’s what’s for the best for you know, for a long time, you know?”

Paul also noted that “nothing’s gonna change until the court date” as he is not communicating with Karine at all as per the restraining order.” 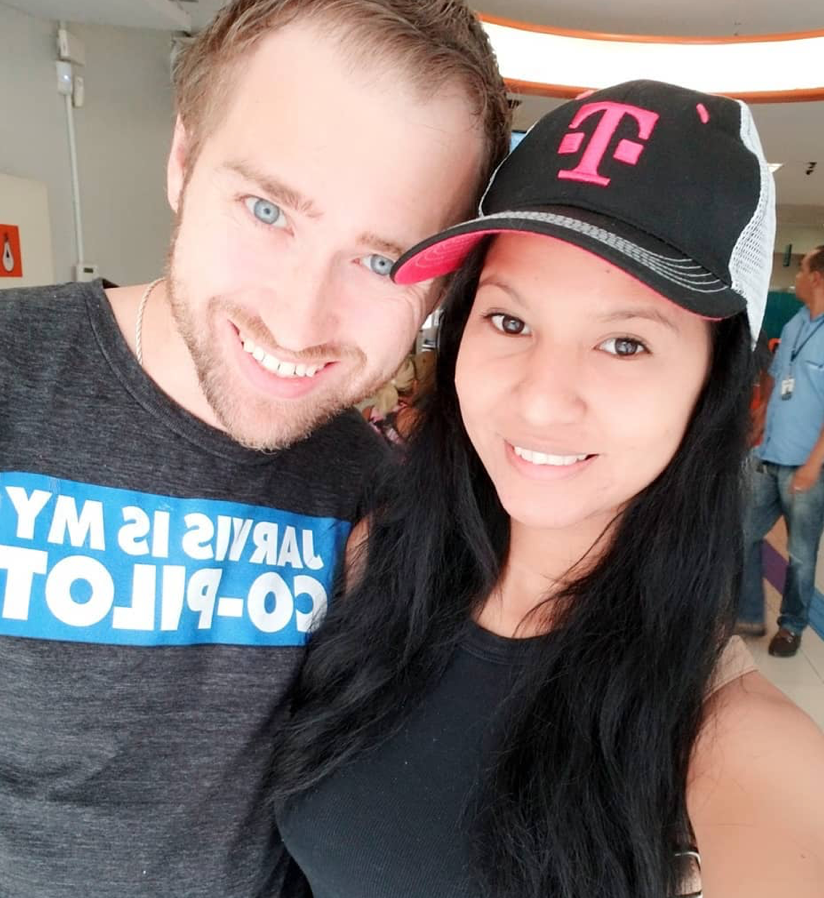 Through all of this, Paul does remain hopeful, as he revealed that “In my opinion, everything will work out in the end for the best. Everybody’s gonna be okay.”

The full YouTube video can be watched below, here:

As always, we will be keeping you abreast of the latest updates relating to this story- though, for now, it sounds like Paul is insistent there won’t be any until they have their day in court.