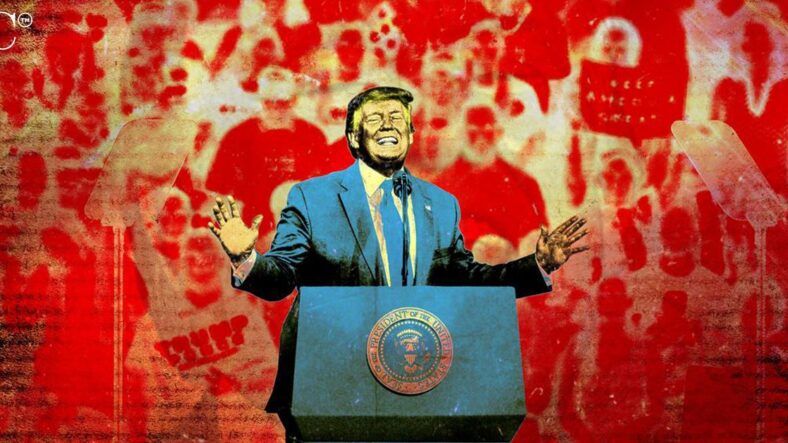 It's no secret that the relationship between former President Donald Trump and former Vice President Mike Pence has no love lost. The pair ended their term together on ice – and it was never that warm to begin with.

Traditionalist Pence always seemed to hold his nose to deal with maverick and mover-and-shaker Trump, and the January 6 attack on the Capitol may have irrevocably split their alliance forever.

But Pence being willing to challenge Trump for the 2024 presidential nomination comes as somewhat of a surprise; so will a face-off between the former president and former vice president actually happen?

Pence Signals Willingness to Take Trump on for 2024 Nomination

Although he hasn't said it openly, Republican voters may be able to choose Pence for Prez 2024. The New York Times recently took a look at the former VP's actions since leaving office and listened to what he's saying between the lines – and there may be an epic face-off in the works.

Pence has been making the tour with speaking engagements this year, including in several battleground states, notably Iowa.

While he hasn't openly spoken against his former co-worker/boss, Pence is carefully celebrating the successes of the Trump/Pence administration, while painting himself as a reasonable, measured, sane leader for those paying attention.

'That’s the way Karen and I have always approached these things.'"

Trump for his part, spoke kindly about Pence just a month ago, calling him a "nice man" who nonetheless "disappointed" him. Pence for his part says people have thanked him for doing what he did on January 6 – defy the president by refusing not to certify the electoral college which cemented their election loss in 2020.

Something behind the scenes has changed in the past few weeks, because now Trump is no longer calling Pence a nice guy.

DailyMail explains, "His spokesman slammed his old deputy as 'desperate' and mocked him for trying to 'chase' his 'lost relevance' amid the former running mates' latest divide over backing separate candidates in the Peach State's gubernatorial election."

Analysts believe Pence is desperate to keep Trump from winning office, which is understandable when you consider the mob which tried to capture and possibly kill him on January 6 – egged on by the former President's words and unwillingness to call for calm.

Who Wins in a Head-to-Head Between Trump and Pence?

If Trump wins the nomination again, it could spell doom for the reunification of the Republican party and splinter it forever between traditionalists and radicals. So it's not just Pence who's desperate and worried about the future.

But who would win if Pence decides to tackle Trump? Almost without question, the answer would be Trump. Pence was never popular to begin with, with a stiff personality and a love for all things procedural and traditional.

While a majority of Republicans may long for someone with Pence's record and stubborn refusal to bend to radicals, there's significant question about whether they could drum up enough enthusiasm to beat even the lackluster enthusiasm surrounding the upcoming incumbent of President Joe Biden.

There's another wild card that could throw both Trump and Pence out of the ring and set the entire process on a new path: Florida Governor Ron DeSantis.

Considered a rapidly rising superstar in the Republican party, he may have the combination of traditionalist and maverick that voters long for. He's dangerous to Democrats, but maybe not dangerous enough to drive them to the polls in enough numbers to beat him.

Republican primary voters will face a tough choice: Trump and his cult of personality, DeSantis and his "best of both world" youthful vigor – or Pence, ostensibly a relic of the past who has a massive uphill battle in popularity.

Time will tell what happens and whether or not Pence is willing to actually take the leap and set himself up in opposition to his former boss – good money is probably on "no." Republicans will want unity and accord ahead of 2024, so Pence may not even be given the choice.