In the world of fashion, you’re either a fan of Philipp Plein, or you’re not. Not many people sit on 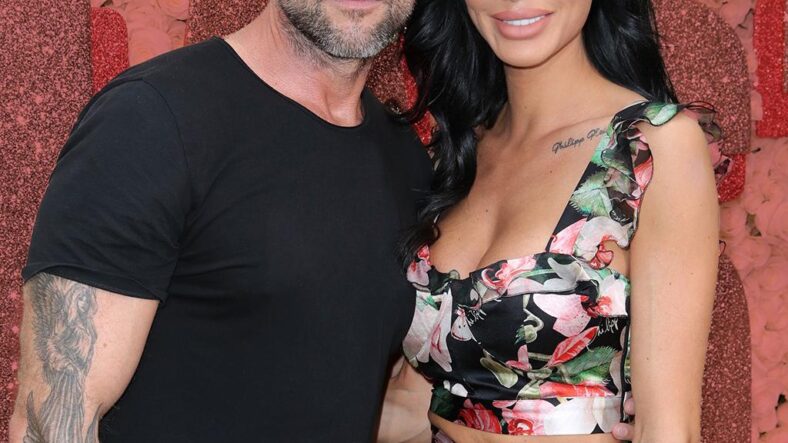 In the world of fashion, you’re either a fan of Philipp Plein, or you’re not. Not many people sit on the sidelines without an opinion. The divisive figure has been accused multiple times of stealing designs from other artists, and a scandal in 2020 forever painted him as callous and opportunistic to many. But personal opinions aside, if one allegation against the designer is true, he’s not just questionable, he may be a fraud. According to his ex, Morgan Osman, Plein is pulling one over on his customers.

Osman is a model, entrepreneur and owner of a brand called “Still That B–ch.” Osman cornered the business title after appearing on “Bad Girls Club” and being nicknamed “The Uber B–ch” by production for her antics on the show. Osman has both breathtaking beauty and breathtaking confidence – but it was a relationship with Plein that nearly shattered her sense of self.

The entrepreneur wrote a blog in 2020 about her experience as Plein’s girlfriend. On April 12th, 2020, on her STB blog, Osman details what happened when she met and then subsequently dated Plein- and the road she’s traveled to recover her peace of mind and success. According to Osman, she was hesitant about entering into a relationship with Plein, who told her he had broken up with his girlfriend. According to Osman’s post, Plein was still with the other woman and when details of their relationship went public, Osman was attacked as a homewrecker. Plein, however, was unruffled by public sentiment and completely ignored the rumors swirling around their budding romance.

From the beginning, Osman described a concerning pattern of behavior from Plein. According to her recounting of events, Plein required new love interests to flush their phone’s SIM cards within a week of dating him, and he purchased a new one. For Osman, he fired his lead designer and gave Osman the role, which she worked for free. Osman missed having her own business, but says she enjoyed working with Plein’s team, who she described as talented and held back by Plein’s overbearing demeanor.

Osman says she felt isolated in Europe away from friends and family, away from her comfortable home and the business she loved. Consumed with Plein’s business, Osman felt like a pet – at one point writing, “… the attention is to be on him at all times. I’ve dated many men in power but none of them as ego driven as him. I too have a huge ego, so you can imagine that this didn’t go over very well on a daily basis. I started to suffocate and felt like a prisoner. I was way too intelligent to just sit there and I wasn’t being compensated for all my hard work. When I say hard work I mean HARD WORK. He fired his head designer just two weeks into knowing me and told me I was to take over her position. Part of me was flattered and the other part of me was like what the actual fuck! I was working so much for free. Yes, I got nice gifts (just to shut me up) and lived a nice life but something just didn’t sit right with me. Time was flying by and I wasn’t getting any younger. On top of that, I had so many dreams/ideas/goals of my own that just kept getting pushed aside. I desperately wanted to do more. He refers to it as ‘paradise’ but I always called it the ‘Golden Prison.’”

Osman made the best of it, but ultimately felt she needed to flee her gilded cage. The entrepreneur left Plein several times, but always ended up back with him. Abusers and narcissists often draw their victims back in, and Plein certainly fits the textbook definition of a narcissist if not the clinical one. Osman adds, “I left him just before my 30th birthday. I stayed around Europe and had the most incredible summer of my life to this day. I felt so free and excited for my future. I traveled for months with my best friend before returning back to LA at the end of July 2018. When I got back to LA I was on such a high. I was high on life. It felt so exhilarating to be back in my comfort zone with my best friend and familiar surroundings. I thought ‘this is going to be a piece of cake.’ I couldn’t wait to get started on everything that I had left behind. BUT! What I failed to comprehend was NOTHING WAS THE SAME. What I left behind no longer existed. I didn’t have the same friends. I didn’t have my home. I didn’t have 4 cars in the driveway and I didn’t even have 90% of my belongings. When I left him, I left with a few suitcases so he had to ship everything back and it took almost 2 months. He shipped it all to his warehouse in Germany and made me wait for it hoping I would just give in and go back. During these months the world watched as a new girl arrived at his house everyday, meanwhile he was calling me daily nonstop to come back ‘home.’” 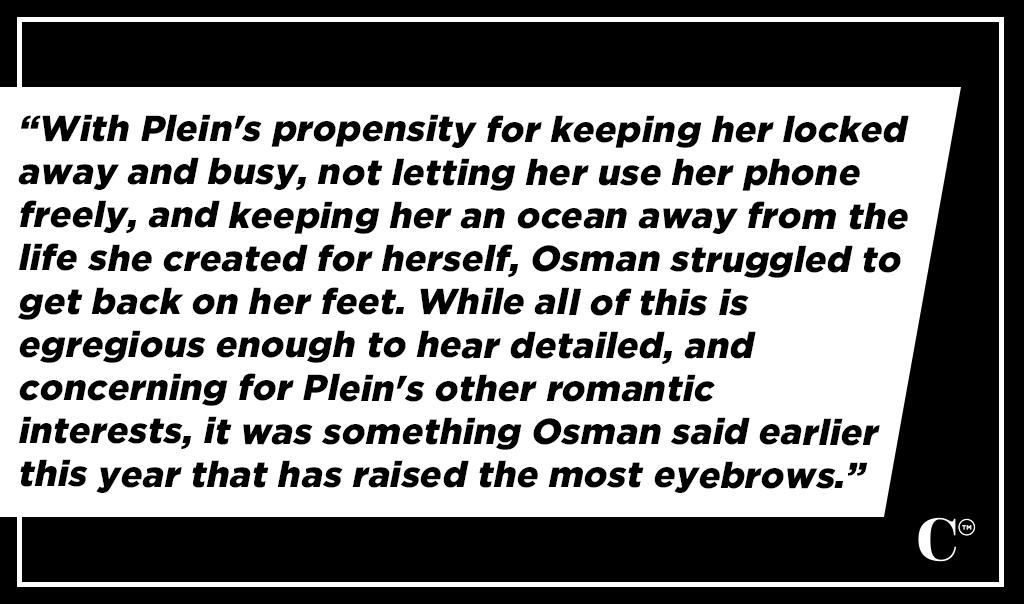 It was a long hard road for Osman to recover from a relationship she described in detail as suffocating and controlling. With Plein’s propensity for keeping her locked away and busy, not letting her use her phone freely, and keeping her an ocean away from the life she created for herself, Osman struggled to get back on her feet. While all of this is egregious enough to hear detailed, and concerning for Plein’s other romantic interests, it was something Osman said earlier this year that has raised the most eyebrows.

The designer has faced a barrage of accusations that he’s stolen designs from other artists and people often question where he’s making his millions from since his designs aren’t as popular as some of his competitors. It may be that he’s simply got a huge profit margin.

Hit Media shares, “Philip Plein broke many hearts. After the break-up Morgan Osman, a model from Miami replied on social media that Philipp Plein’s clothes were sewn in Turkey for $20. Then they hang a ‘Made in Italy’ tag and sell them for $800. Plein was forced to explain. He wished the former lover to cease using his name.”

If true, it’s an explosive expose on a designer already beset by scandal. After all, no one wants to pay $800 for a $20 product, right?

Why Does Plein Keep Making Bank?

Well, that depends on who you ask. On our last story about Plein, we posed the question – who is buying his products? One Instagram user replied, “A lot of people.” But the question remains, who are those people? Rumors have circulated online that Plein is being backed by some secret investors or Russian interests. Osman claims in her blog that none of that is true. According to Osman, Plein really is a hard worker, and he is involved in the design decisions for his brand – sometimes to its detriment, if you believe the way she describes the company.

But if his profit margins are that massive – hundreds of dollars per piece – that could account for a good portion of his wealth. So it begs the question: do people really want to buy a $20 product for nearly $1K, just because it has Plein’s name on it? At the very least, customers should have all the available knowledge to make that choice instead of being swindled. If they still want to pay $1K for a product with “Plein” stamped all over it, that’s up to them.