President Joe Biden To Appear On Jimmy Kimmel Live! A Look At The Times Kimmel Got Political

President Joe Biden will be a guest on Jimmy Kimmel Live! on Wednesday night’s show. This will mark the first 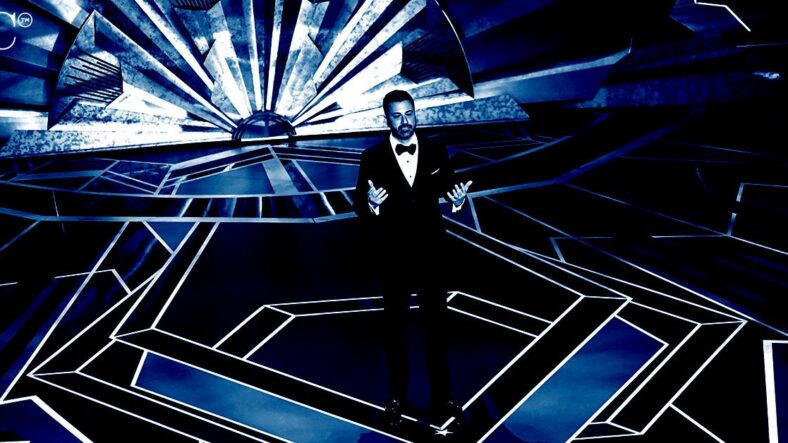 President Joe Biden will be a guest on Jimmy Kimmel Live! on Wednesday night’s show. This will mark the first time the President has done a late night talk show in-person since he was sworn into office in January of 2021.

Kimmel hosted Biden in September of 2019 while Biden was campaigning during the Democratic Party’s Presidential Primary.

“It is almost like you and President Obama left the door to the White House open and a bear got in,” the late night host said in reference to Donald Trump serving as President.

Mass shooting was one of the many topics covered in the over 16 minute interview. “Look what happened in El Paso recently. A young man saying ‘I shot all these people in the parking lot because of the Hispanic invasion.’” Biden told Kimmel. That mass shooting took place just weeks before when Patrick Wood Crusius, a 21-year-old from Allen, Texas, shot and killed 23 people at a Walmart store.

“The generation that is most anxious about their future today are people between 15-21 because of guns,” Biden told Kimmel. “What are they most concerned about? They are concerned about going into school and getting shot.”

Jimmy Kimmel has emerged as one of the more outspoken network late night television hosts. This is especially true in the area of politics. Over the past few years Kimmel has taken on topics such as health care and gun violence.

On May 25, Kimmel started his show with an almost 9 minute plea to his viewers.

“Here we are again, on another day of mourning in this country. Once again we grieve for the little boys and girls whose lives have been ended and whose families have been destroyed while our leaders on the right, the Americans, and Congress and at FOX News and these other outlets warn us not to politicize this,” Kimmel said fighting back tears. He continued, “They immediately criticize the President for even speaking about doing something to stop it – because they don’t want to speak about it. Because they know what they have done, and they know what they haven’t done. And they know it’s indefensible.”

That plea came one day after 19 children and two teachers were shot and killed at Robb Elementary in Uvalde, Texas.

When the mass shooting on One October occured in Kimmel’s hometown of Las Vegas, he emotionally talked about the tragedy.

“Here we are again in the aftermath of another terrible, inexplicable, shocking and painful tragedy. This time in Las Vegas, which happens to be my hometown,” Kimmel said in his October 2 Live! show.

On October 1 of 2017, 64-year old Stephen Paddock opened fire from the 32nd floor of the Mandalay Bay Resort and Casino onto the Route 91 Harvest Music Festival across the street. In all, 60 people died (including Paddock) and almost 900 people suffered injuries either from the shooting itself or the panic that ensued because of the shooting.

“What I’m talking about tonight isn’t about gun control; it’s about common sense,” the Las Vegas native said. “Common sense says no good will ever come from allowing a person to have weapons that can take down 527 Americans at a concert. Common sense says you don’t let those who suffer from mental illness buy guns.”

Jimmy Kimmel has repeatedly taken politicians and the government to task with respect to health care. One of the most notable times was after a considerable scare his family faced with his son Billy’s birth in May 2017.

Kimmel’s son was born with a congenital heart defect that caused him to have open heart surgery at just three days old. Kimmel tearfully told the audience of the ordeal while delivering an passionate plea for universal health care.

“If your baby is going to die and it doesn’t have to, it shouldn’t matter how much money you make,” said Kimmel. “I think that’s something that whether you’re a Republican or a Democrat or something else, we all agree on that, right?” He continued tearfully, “No parent should have to decide if they can afford to save their child’s life. It just shouldn’t happen. Not here.”

Kimmel’s plea received a lot of support from politicians and celebrities. A few months later in September, Senate Republican Bill Cassidy from Louisiana made news when he said he would only offer support of a health care bill if it passed the “Jimmy Kimmel Test.” Cassidy came up with the name after appearing on Live! The test meant that no child would be denied care because their family couldn’t afford it.

After Cassidy voted the opposite way, Kimmel called out the Republican Senator. “And this guy, Bill Cassidy just lied right to my face,” the late night host said in a September show.

“This new bill actually does pass the Jimmy Kimmel Test — but a different Jimmy Kimmel Test,” Kimmel explained. “With this one, your child with a preexisting condition will get the care he needs if and only if his father is Jimmy Kimmel. Otherwise you might be screwed.”

It then became a heated exchange that lasted a few days. Cassidy would later go on to say he was sorry that Kimmel “didn’t understand the bill,” despite several health care organizations also opposing the changes made by Cassidy and others to exclude children. Kimmel would respond with, “Could it be, Senator Cassidy, that the problem is that I do understand, and you got caught with your GOPenis out?”