What Is The Cast Of ”Pretty Little Liars’ Doing Now? Here’s What The Stars Are Up To In 2020

Prepare to have your minds blown, you guys, because Ashley Benson is turning 31 years old on Friday, December 18! 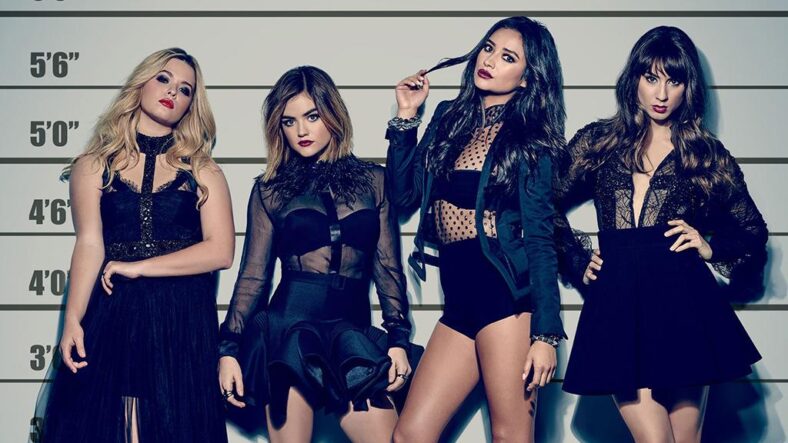 Prepare to have your minds blown, you guys, because Ashley Benson is turning 31 years old on Friday, December 18! The actress was only 20 when she first starred in Pretty Little Liars, which means it has been more than a decade since it came out. Yep, the iconic Freeform series aired its first episode on June 8, 2010, but it seriously feels like just yesterday, doesn’t it?! Wow, we cannot believe how fast time has flown by.

For those who forgot, the show went on for seven seasons before it came to an end on June 27, 2017. It also starred Troian Bellisario, Lucy Hale, Shay Mitchell, Sasha Pieterse, Ian Harding, Janel Parrish, Tyler Blackburn and Keegan Allen, and it was about a group of girls who were tormented by an anonymous person named “A.”

But wait, what are the stars of the show up to these days?! In honor of Benson’s birthday, we decided to check in on them all, and boy, have they all come so far over the last 10 years. Here’s what they’re all doing now…

What Is Ashley Benson Doing Now? 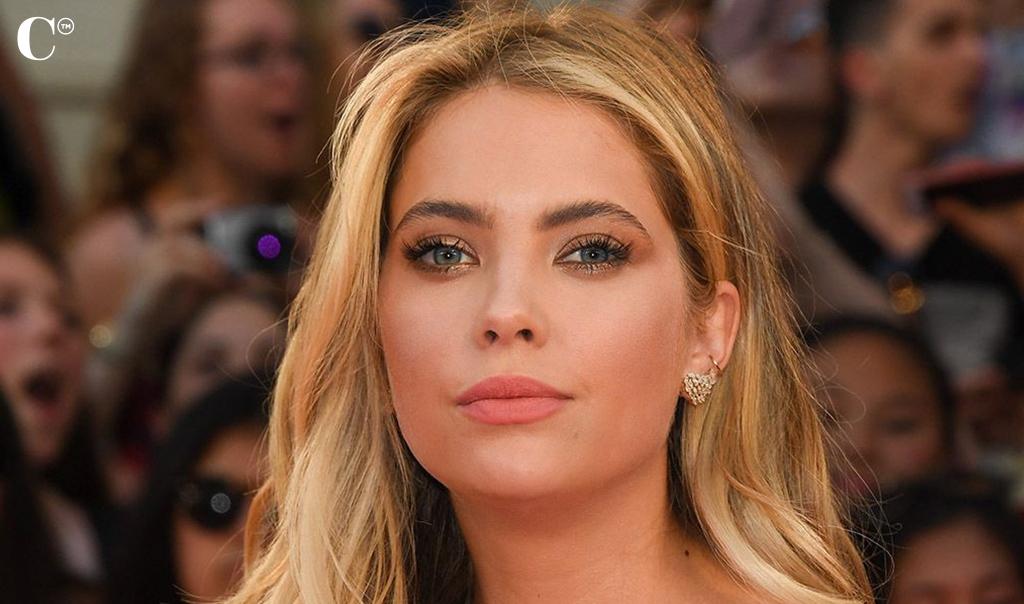 Benson hasn’t acted in much since Pretty Little Liars. She appeared in the movie Her Smell, but that’s about it! She’s got two new movies in the works at the moment, called The Birthday Cake and Lapham Rising. She also acted in a few music videos! She was linked to model Cara Delevingne for a while, but they broke up in April 2020. And now, she’s dating singer G-Eazy.

What Is Troian Bellisario Doing Now? 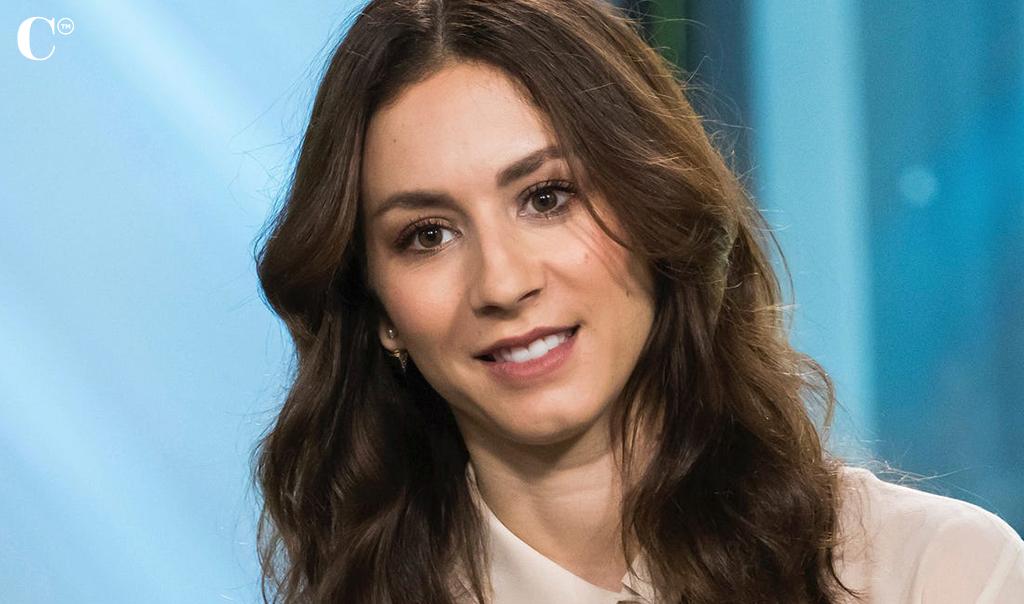 After Pretty Little Liars came to an end, Bellisario went on to star in Feed, Clara, Where’d You Go, Bernadette and more. She’s currently gearing up to star in two new movies, so keep your eyes peeled for her! Plus, she has also produced and co-written multiple short films — talk about impressive. As for her love life, the actress married her longtime boyfriend, Patrick J. Adams, in 2016, and get this — she’s now a mom! She and her beau welcomed their first child together, a girl named Aurora, on October 4th 2018.

What Is Lucy Hale Doing Now? 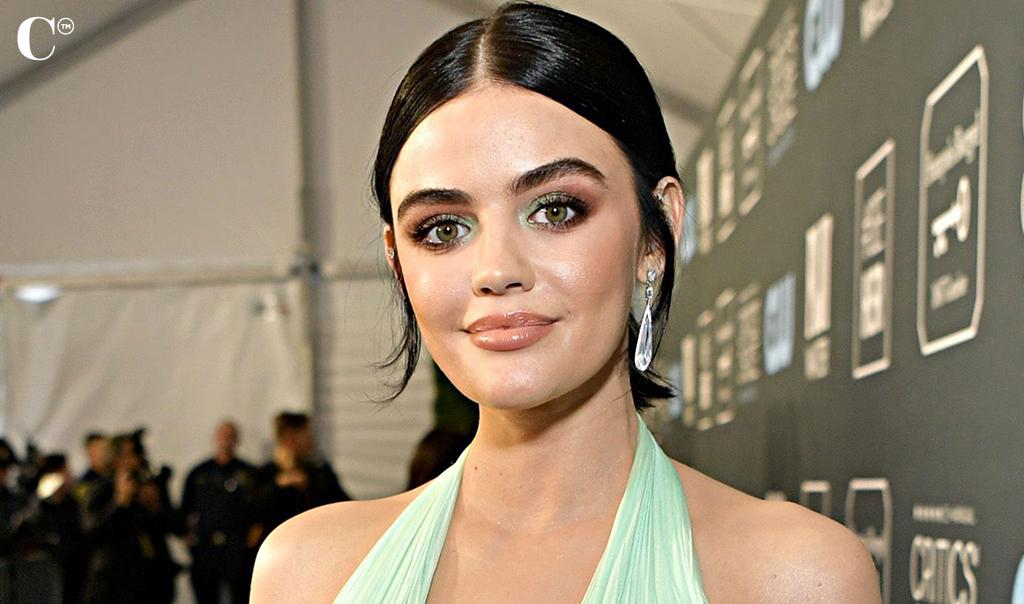 Hale did not slow down after Pretty Little Liars! Most famously, she went on to play the title character in the CW show Katy Keene, but she also acted in The Unicorn, Truth or Dare, Dude, Life Sentence, Trouble, Fantasy Island, A Nice Girl Like You, Son of the South and more. She also stepped into the music industry and released her debut album, Road Between, in 2014! She also dropped her very own Christmas album, A Hollywood Christmas, in 2017. Over the years, she was linked to Colton Underwood, Ryan Rottman, Riley Smith, Anthony Kalabretta, Adam Pitts, Joel Crouse, Graham Rogers, Chris Zylka, Alex Marshall and David Henrie, but now, she’s reportedly single.

What Is Shay Mitchell Doing Now? 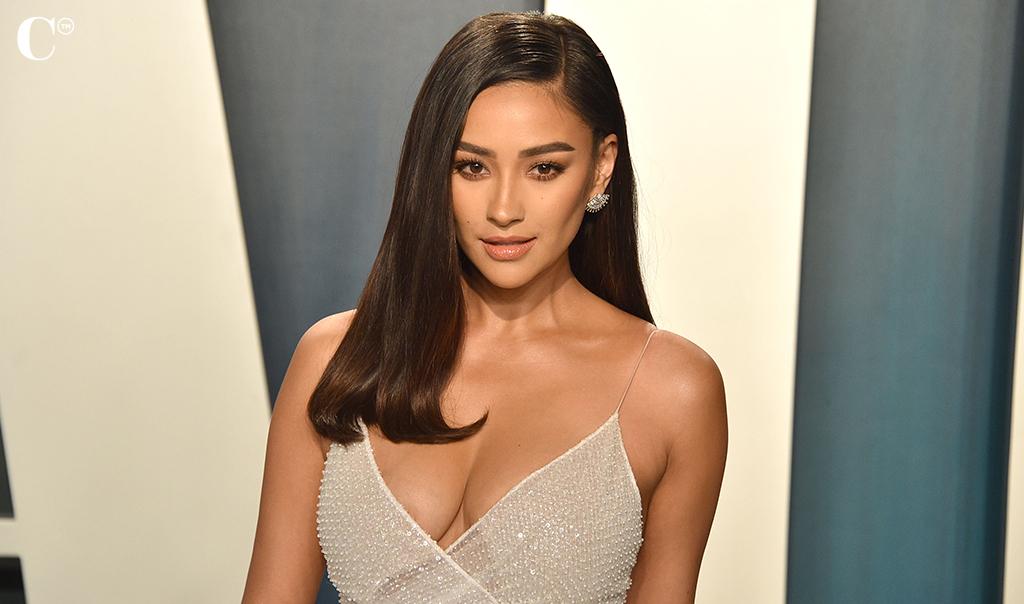 Pretty Little Liars was just the beginning for Mitchell. After it ended, she landed roles in You, The Possession of Hannah Grace, Dollface and The Heiresses. She too became a mother, when her and her boyfriend, Matte Babel, welcomed a daughter, named Atlas Noa, in 2019.

What Is Sasha Pieterse Doing Now? 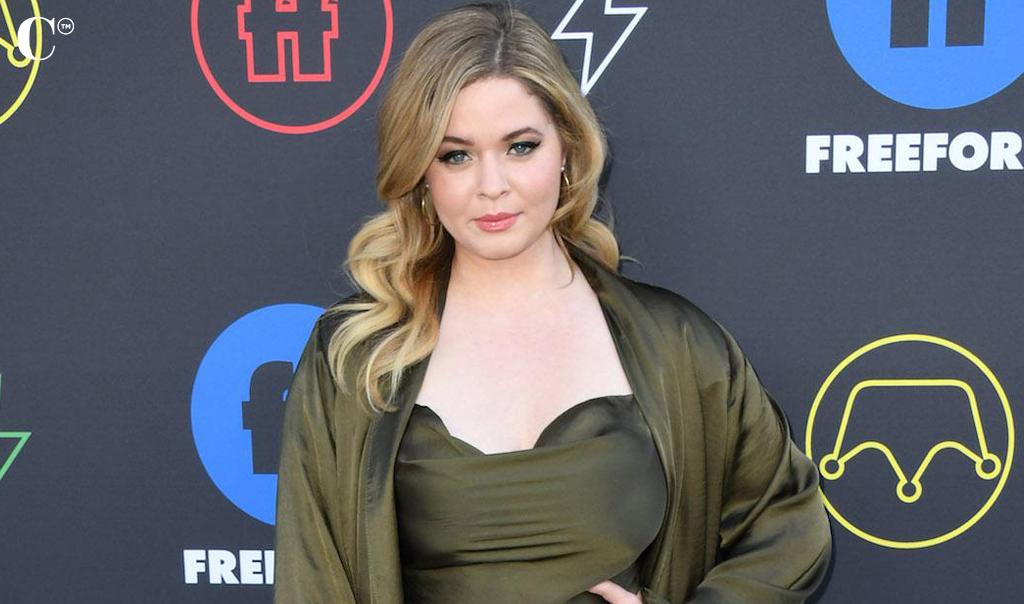 After Pretty Little Liars ended, Pieterse actually continued her role as Alison DiLaurentis in the spinoff show Pretty Little Liars: The Perfectionists. She also starred in the movie The Honor List. She’s released four songs over the years, and they’re total bops, TBH. But that’s not all. The blonde beauty also released her own cookbook, called  Sasha in Good Taste: Recipes for Bites, Feasts, Sips & Celebrations, and launched a lifestyle website called “Sasha in Good Taste.” She got married to Hudson Sheaffer in 2018, and their son was born in November 2020.

What Is Ian Harding Doing Now? 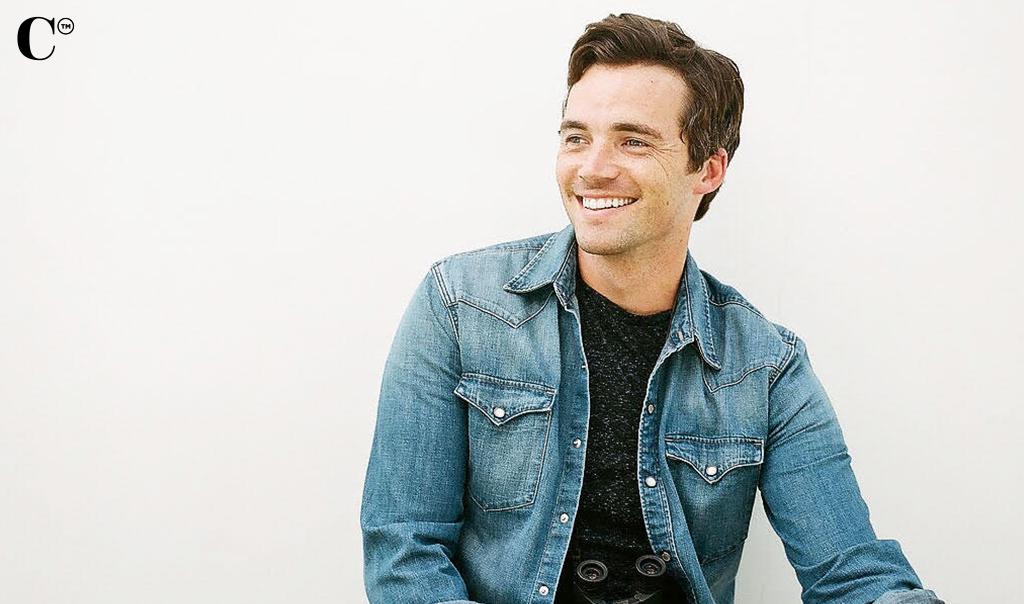 Harding may always be Ezra Fitz in fans’ hearts, but that didn’t stop him from accomplishing a lot after Pretty Little Liars. He appeared in Thin Ice, Office Uprising, No Apologies, Chicago Med, Kipo and the Age of Wonderbeasts, Good People and more. He’s been dating professional photographer Sophie Hart since 2011!

What Is Janel Parrish Doing Now? 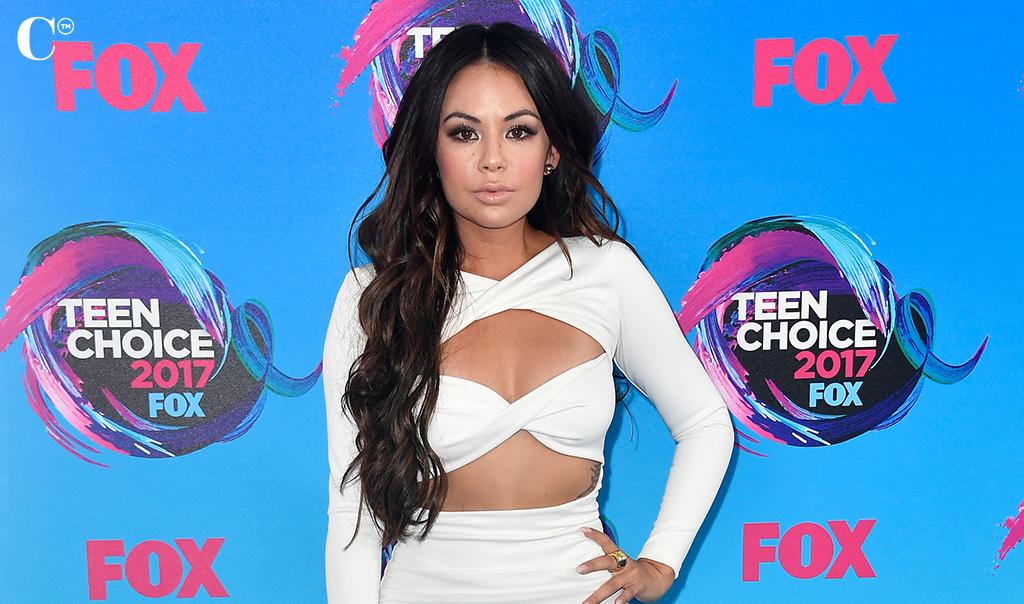 Fans can catch Parrish in To All the Boys I’ve Loved Before, To All the Boys: P.S. I Still Love You, I’ll Be Watching, Trespassers, Tiger, Pretty Little Liars: The Perfectionists, Mighty Oak, Holly & Ivy, Until We Meet Again and more. In April 2015, she released two songs, called “Heart Made of Stone” and “Senseless.” She also competed on the 19th season of Dancing with the Stars, where she came in third place. She married a chemical engineer named Chris Long in September 2018.

What Is Tyler Blackburn Doing Now? 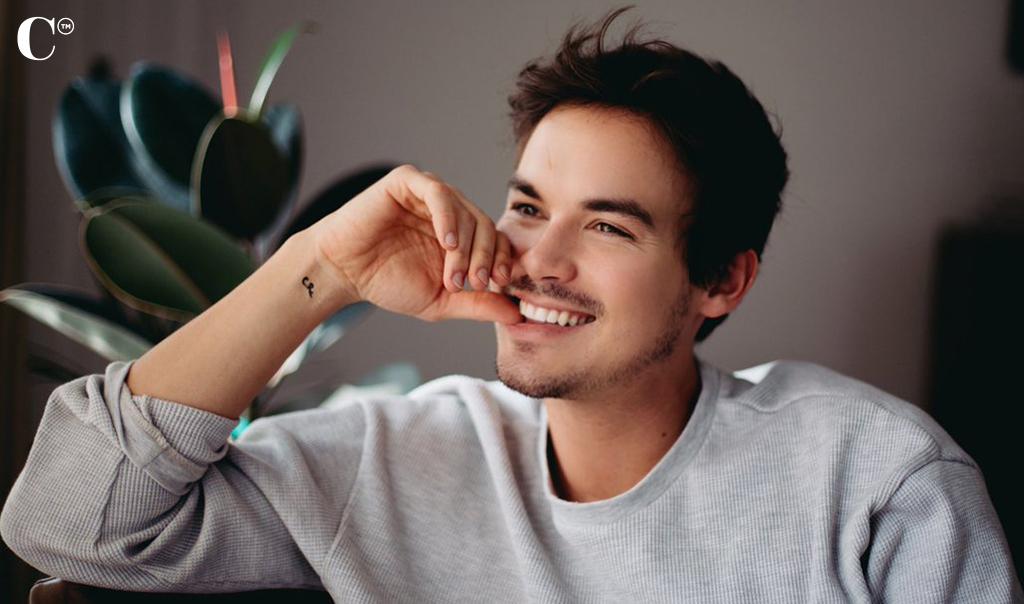 After Pretty Little Liars, Blackburn went on to star in Hello Again, Capsized: Blood in the Water and Roswell, New Mexico. Other than that, the star has lived a pretty normal life. He publicly came out as bisexual on April 19, 2019.

What Is Keegan Allen Doing Now? 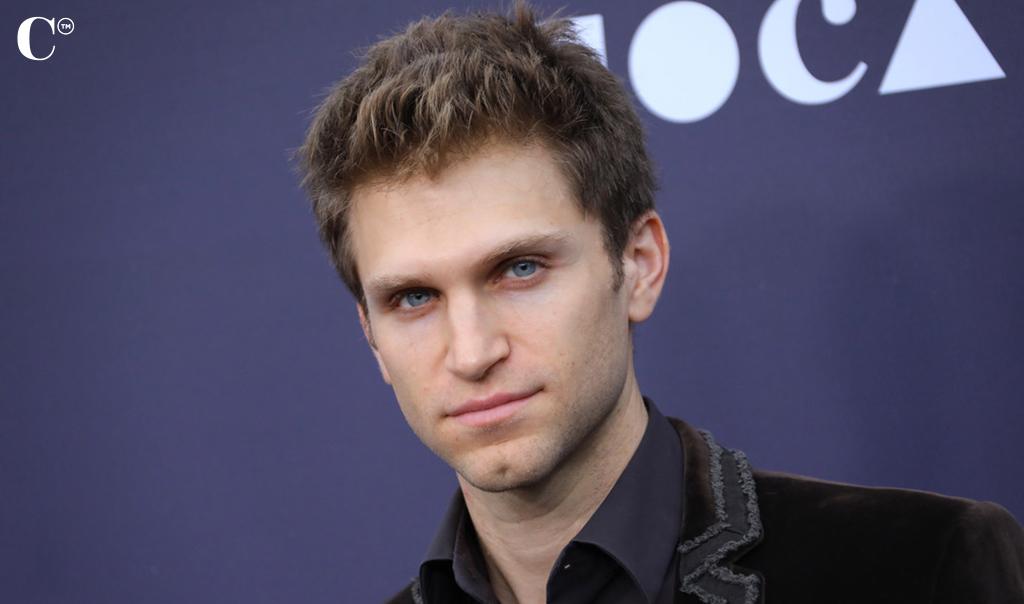 Allen acted in a few things after Pretty Little Liars, including Major Crimes, What/If, Zeroville, No Escape, Walker and more. He released his debut single, “Million Miles Away,” in 2017. Plus, he has started his own podcast and published his own photography book!