Most married couples have something in common: in-laws and family complications. But when you're a royal prince, the stakes are 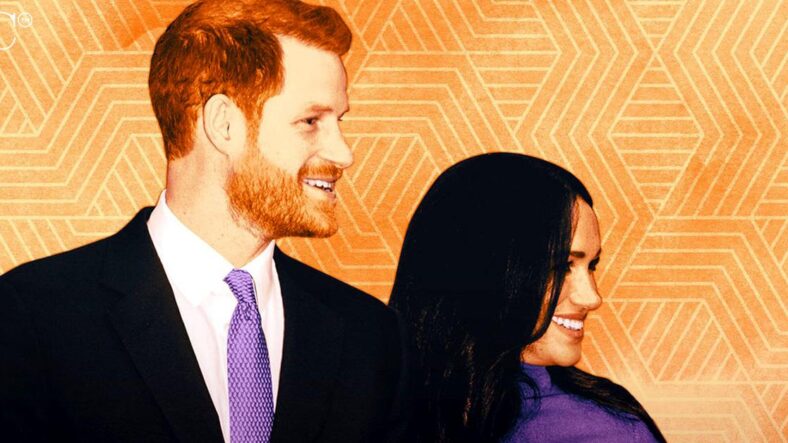 Most married couples have something in common: in-laws and family complications. But when you're a royal prince, the stakes are a whole lot higher.

But against all odds – and in spite of a media firestorm trying to follow their every move in early days – Prince Harry and Meghan Markle are celebrating their fourth anniversary today.

Four Years – Despite the Pressure

Nightmare in-laws are something a lot of people can relate to. Whether it's a rude father-in-law or a mother-in-law who can't mind their own business, forging a marriage in a pushy family is a challenge.

But when your grandmother-in-law is the Queen of England? There's nothing you can do to be perfect enough to be deserving of marrying the Prince. Added to the fact that Markle is half-black and the royal family is struggling with some not-so-bygone relics of racism, their relationship was an uphill battle from the start.

But for fans of Markle's acting career and the dashing bachelor Prince Harry, it was almost a Cinderella story: Prince falls in love with commoner (although there's nothing common about Meghan) and marries her for love, defying the royal family.

Of course, Harry took it a step further – stepping down from royal duties and turning down his inherited position as Prince so he and his love could live together like normal people.

On May 19, 2018, the two tied the knot in a characteristically lavish wedding in front of friends, family, and the world – after a dramatic worldwide countdown to the nuptials.

A Look Back at Their Relationship Highlights

In honor of their fourth big anniversary and the fact that they're making it work despite the odds, we're taking a look back at their relationship so far.

It all started on a blind date in 2016. Soho House consultant Markus Anderson, fashion designer Misha Nonoo, stylist Jessica Mulroney and Violet von Westenholz are all people rumored to have played a part in bringing the two together for a private dinner at The Dean Street Townhouse.

According to Harry, he walked away from that first date knowing Meghan was "the one" and she too believed there was something between them.

They traveled together to Botswana shortly after, and within a few months were already exchanging, "I love you"s.

By late 2016, the media had caught on that Harry had a new girlfriend. But it wasn't until late 2017 when Meghan did an interview with Vanity Fair that they officially admitted to the world what everyone had already guessed: they were together and very much in love.

The following month, Prince Charles made the official announcement that Prince Harry had proposed, and Meghan had accepted.

On May 19, 2018, over 2,000 people attended the wedding celebration, which took over London and was live streamed around the world to an audience of over 18 million.

In late 2018, the couple announced that they were expecting their first child together. Archie Harrison Mountbatten-Windsor was born May 6, 2019, just before his parents celebrated their first wedding anniversary.

What followed was a confusing back-and-forth between the royal family, and Harry and Meghan, after the couple announced they would be stepping down from royal duties, playfully nicknamed, "Megxit."

In November of 2020, Meghan reveals a devastating miscarriage, and begins opening up about the emotions and mental health struggles she faced as part of her royal duties.

And in 2021, a sit-down interview with Oprah blew the lid off many things the royal family kept hidden behind stiff upper lips.

The Evening Standard reports, "A preview clip of the anticipated 'tell all' Oprah interview is released, showing Harry suggesting his 'biggest fear' was that 'history would repeat itself' in a reference to the death of his mother, Princess Diana. Several other clips are released – with tension mounting over how revealing the interview will be.

Days later, the Duchess of Sussex says she is 'saddened' by a report in the Times that she faced a bullying complaint during her time at Kensington Palace.

On March 7, the interview is finally aired – unleashing a dramatic set of bombshell revelations. Meghan mental health decline – and the alleged lack of support from the Palace – along with and the couple’s allegations of racism at the heart of the monarchy were among the major topics that unfolded."

Megxit has caused tension between Harry and his family, but with fears of his wife being driven to the same heartbreaking and tragic early death as his mother Princess Diana – it's understandable that he'd want to step away from the limelight.

Harry and Meghan continue to be the couple people look to for hope that love can defy the odds and come from unexpected places. Although Meghan was hardly an unknown before meeting Harry, it's still a sweet story of a Prince who gave up much to create a life with the woman he loves.

And on the fourth anniversary of their wedding, it's the sweet love story the world has been needing.