A short two-and-a-half-hour flight from Los Angeles, Los Cabos has long been the place where celebrities escape for a quick

A short two-and-a-half-hour flight from Los Angeles, Los Cabos has long been the place where celebrities escape for a quick getaway. Since Mexico started reopening in June to travel and with no restrictions on north-of-the-border visitors, the city’s famed luxury resorts are ripe, ready and sanitized to receive COVID-free customers, A-list or otherwise.

Over the past decade, to answer the demands of an ever-growing elite customer base, new hospitality offerings from the most swanky names in the stay-and-play business have popped up. This seaside paradise has officially pivoted away from the all-inclusive vacation deal-loving crowd and now appeals to the $40 toro tartare with caviar-loving creed—thanks to the arrival of Nobu Los Cabos.

Celebrating its seventh year as a resort brand in 2020 with 12 properties worldwide, chef Nobu Matsuhisa’s eponymous hotels just have a way with celebrities—much like his Peruvian Japanese fusion cooking techniques. Matsuhisa has built an empire over the past 33 years with 43 restaurants, and along the way he made valuable besties and business partners in Robert De Niro and film producer Meir Teper—neither of whom have Tik Tok accounts.

Harlow also feasted on carbs—custom-made shrimp, butter and garlic spaghetti—inside her Miyabi suite, pranced in the four pools with her girlfriends, dipped in and out of her swim-up cabana and luxuriated in a boudoir filled with hundreds of flowers presumably from L.A. Lakers boyfriend Kyle Kuzma.

Bella Thorne reunited with Italian boyfriend Benjamin Mascolo—and they did not practice social distancing from one another—at Nobu Los Cabos this summer for a multiday post-quarantine love fest after five months apart due to COVID restrictions.

The top stay is the $2,400 Nobu Suite, with sweeping views of the ocean from its wrap-around terrace. It can be configured to have from one to three bedrooms, expanding to more than 3,000 square feet. There’s a stone fireplace for that one-out-of-365 chilly Cabo night, a chef’s kitchen should you want to omakase en casa instead of at Nobu Restaurant, and 15-foot ceilings to accommodate the basketball players and models among us. The crown jewel is the cloud-like Simmons Nobu signature bed, which is like sleeping on a slightly warm, light and fluffy mound of sushi rice.

Leonardo DiCaprio, who stayed for his birthday and the grand opening in November, favors the Zen and Sake suites. Other celebs who have visited include Julianne and Derek Hough, Tracee Ellis Ross, Kate Beckinsale, Armie Hammer, Eva Longoria, Camilla Belle, Busy Phillips and Taraji P Henson. While at Nobu Los Cabos, they eat from the chef’s garden at the Mexico outpost of Malibu Farm, offering a private, al fresco dining option featuring the same favored dishes from the restaurant’s Malibu location, and they have private sunset dinners in the cabanas followed by bottle service. 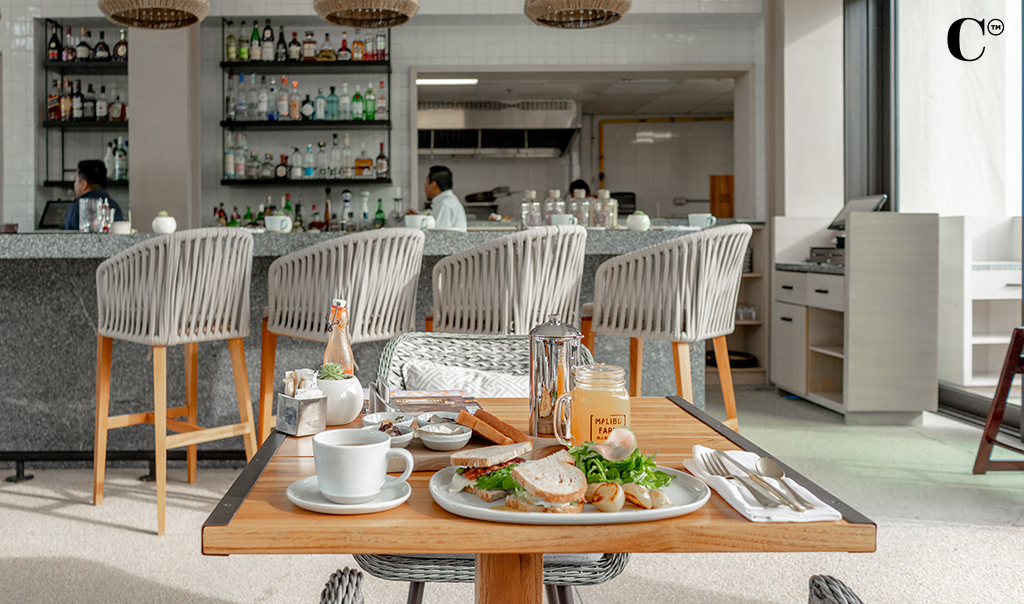 Nobu Los Cabos is a spicy tuna cut-roll slice of heaven, set back five miles from the nearest public road, and more than half of its 200 rooms are suites, many with their own pools. Temperature checks, masks and luggage sanitization are the norm, and the hand sanitizer flows like soy sauce. 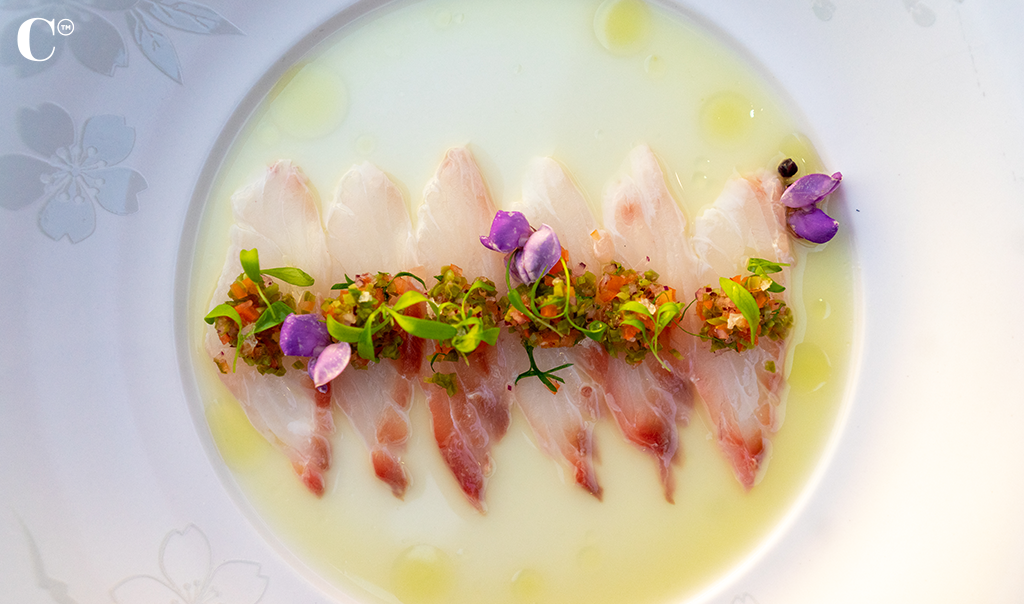 For those who want a taste of the quarantine good life but don’t have the eight-figure paycheck to support it, every day from 4 to 5:30 p.m., Nobu Restaurant has its version of happy hour called Tanoshi, where the rest of us small-budget ballers feast on as many plates of $10 yellowtail sashimi and Koi Palomas and $8 crispy rice as we can possibly consume in 90 minutes.

And for a post-dinner workout? Exercise that backhand topspin at the Nobu ping pong table. 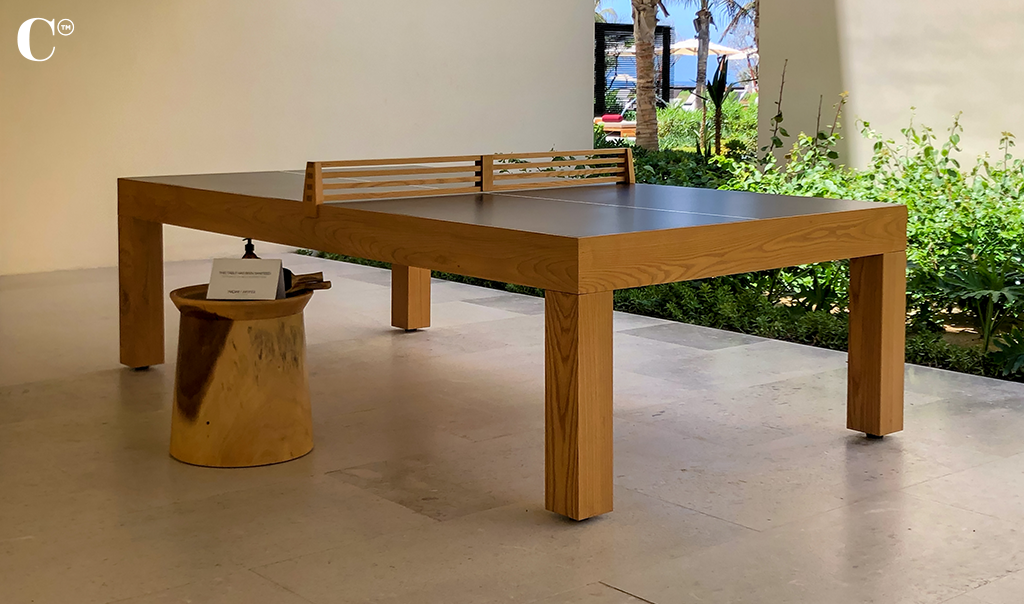 Next door to Nobu Los Cabos is another newcomer, the Hard Rock Hotel Los Cabos. Its Rock Star suites are where celebrities such as Lil Jon, Enrique Iglesias, Mario Lopez, Scott Eastwood, Erika Christensen and Alfie Allen from “Game Of Thrones” stay. The three-bedroom, 4,522-square-foot oceanfront Rock Star suite makes the Nobu Suite look small. Amenities include free streaming channels, a complimentary massage, your own personal assistant (who only works 7 a.m. to 11 p.m., by the way—so don’t even think of calling at 11:01 p.m.), a sleeping mask, aromatherapy and pillow menu, and with 24 hours’ notice someone will even draw you a bath, because we all plan our baths 24 hours in advance. All this can be had for four nights ($4,500 per night) at a discounted price tag of 296,159,200 pesos, or about $13,000. 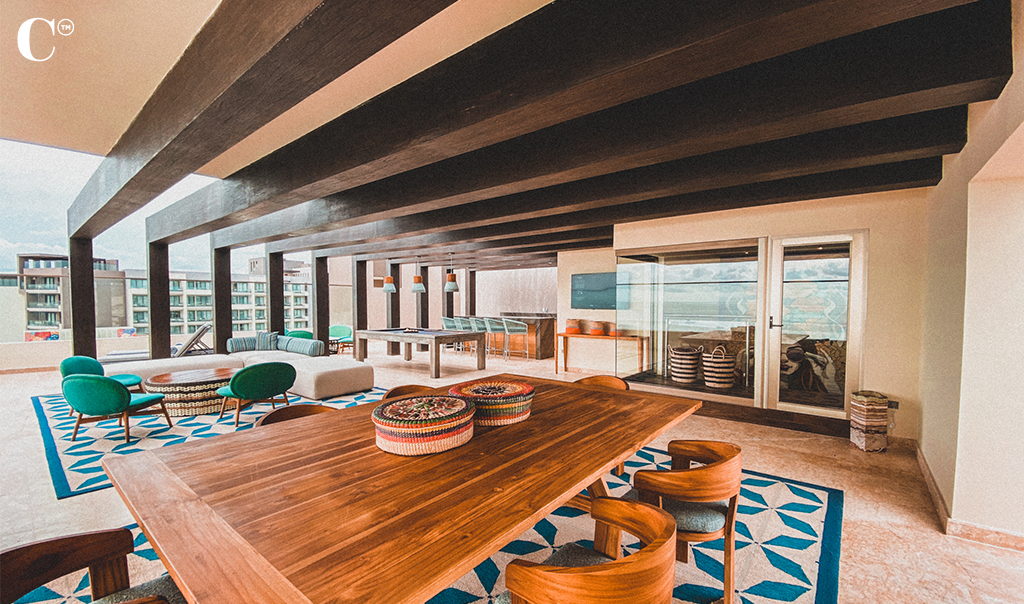 Most A-listers prefer to be super removed from the general public, and with that notion in mind, the vacation real estate gurus at Blue Desert Cabo create a bespoke experience for travellers who want to be catered to wheels up to turndown. Many of their clients, who are movie stars, musical artists and professional athletes, arrive at their Blue Desert Cabo villa like the eight-bedroom Casa Edwards (starting at $4,500 per night) via Silver Air jet charter. Think meals prepared by a private chef, daily yachting, and for $1,200 a minute you can have your own nightly beach fireworks display. BDC once turned the gym of Casa Edwards into a private nightclub for a group that wanted to party in privacy. 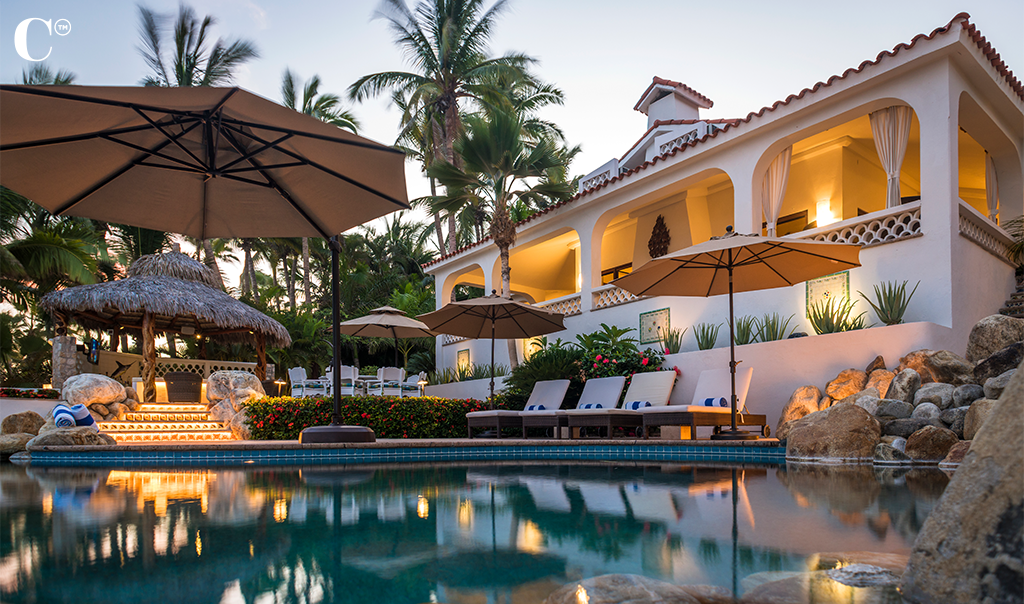 On the quarantine and not chill tip, the Proposal Package has become quite popular, and for $45,000, they better say yes. This stunner includes a private jet, a bottle of Dom Pérignon, flower arrangements and chocolate-covered strawberries, a candlelit dinner on the beach with a guitarist, your own personal professional photographer, La Perla lingerie for the bride-to-be or a luxurious robe for the groom-to-be, and a 60-minute couples massage.