Lover’s Spat: MGK and Megan Fox Square off in Randall Emmett’s ‘Midnight in the Switchgrass’

Trouble in paradise? A new video shows Megan Fox punching boyfriend Machine Gun Kelly in the face! But it’s all 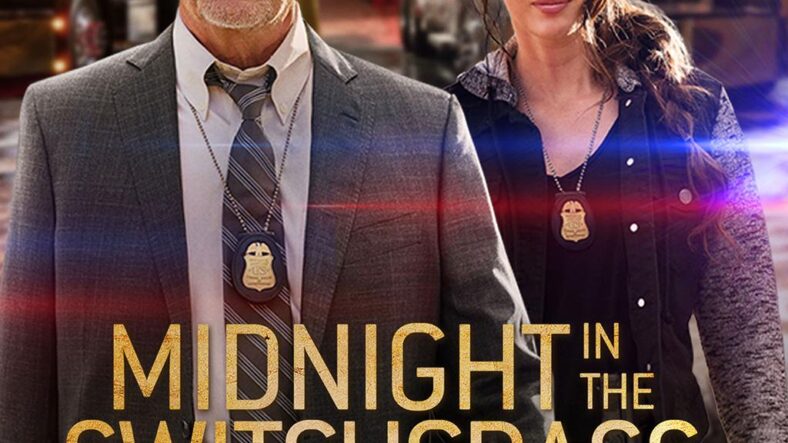 Trouble in paradise? A new video shows Megan Fox punching boyfriend Machine Gun Kelly in the face! But it’s all good; the two are squaring off against one another in a new film: Midnight in the Switchgrass. Midnight is the directorial debut of Randall Emmett, and stars Fox, Kelly, and Bruce Willis as Fox and Willis work together to catch a criminal who’s abducting and killing women. The uncomfortable lover vs lover dynamic between Fox and Kelly makes for some tense viewing. Street artist Alec Monopoly is also in the film, taking his art to another stage. 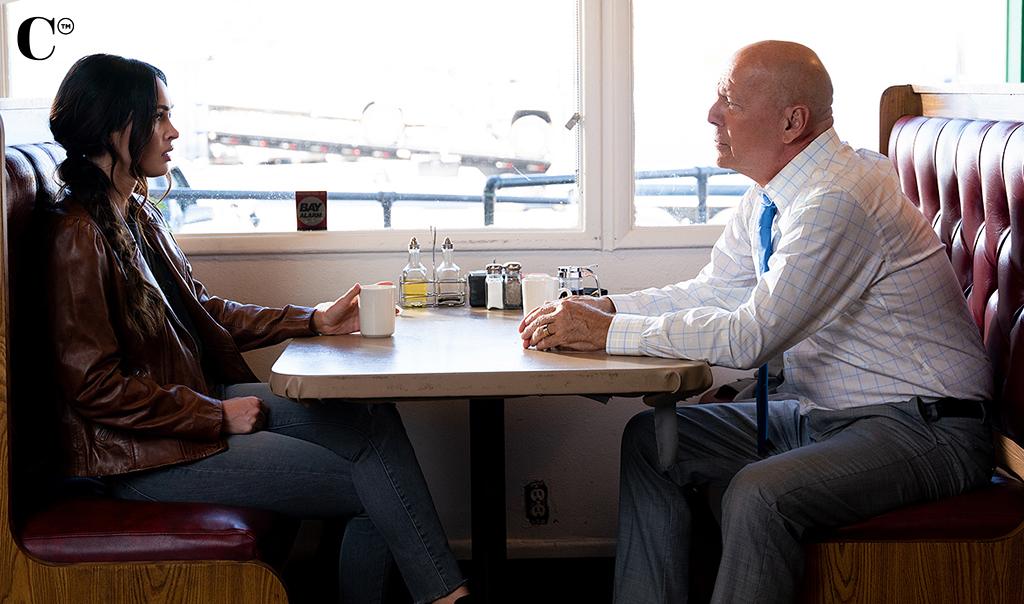 This movie marks the directorial debut for Emmett, best known as an executive producer and the fiancé of Vanderpump Rules’Lala Kent. The couple welcomed their first child together in March, Ocean Kent Emmett. Emmett first got his start in Hollywood working as an assistant to Mark Wahlberg. Later, he met George Furla and together they founded Emmett/Furla Films in the late ’90’s. Throughout the years, Emmett has successfully pursued a side career in poker, winning multiple tournaments and appearing in a number of poker-related shows.

In 2013, Furla and Emmett were joined by a financier from Dubai, Oasis Ventures Entertainment, and the company was renamed Emmett Furla Oasis Films. Over the years, Emmett has produced a number of films and TV shows, but did not take the director’s chair until Midnight in the Switchgrass. Filming for the movie began last year but was halted due to COVID-19. The future seemed uncertain for a time, but they were eventually able to resume filming and the long-anticipated film is coming to theaters in July. 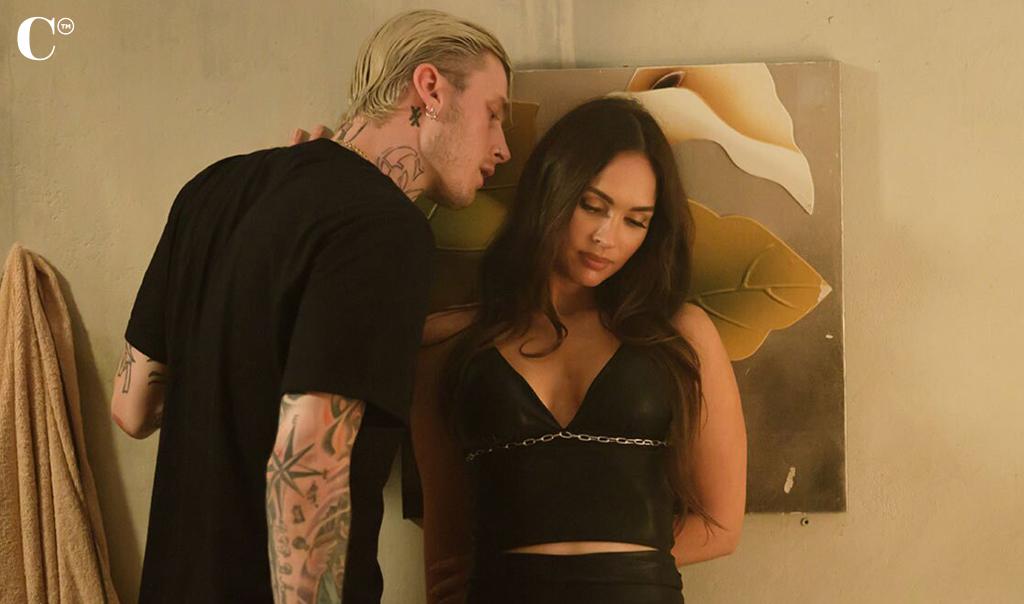 The world has watched, captivated, as the relationship between Fox and MGK developed into something enduring. The pair met on the set of Midnight early last year. However, they didn’t become an official couple until May, the same month when Fox announced an official split from her husband Brian Austin Green, the father of her three children.

In the trailer, MGK ostensibly appears to be a pimp or sex trafficker, and he slides closer to Fox in a hotel room, reminding her that she belongs to him. Fox, who plays an undercover FBI agent, unleashes a thundering blow, making for what must have been an interesting conversation over the dinner table.

The two do an excellent job of tabling their affection on screen, and the scene plays as tense and disturbing as any director could hope for. But off set, the two are seen engaging in PDA everywhere they go together. Over the weekend in Miami, Fox received a piggy-back ride from MGK as they headed to the Floyd Mayweather and Logan Paul exhibition fight. MGK is pals with Paul, so he and his girl showed up to cheer the upstart boxer on. The couple also attended the iHeart Radio Music Awards and Billboard Music Awards together, looking deeply in love and perfectly matched.

MGK recently made headlines for releasing a line of nail polish, UN/DN, joining a long line of rappers and artists who are bucking the gender norms. MGK also made his debut at the iHeart Radio awards as an alternative artist, segueing neatly from his former role as a rapper. 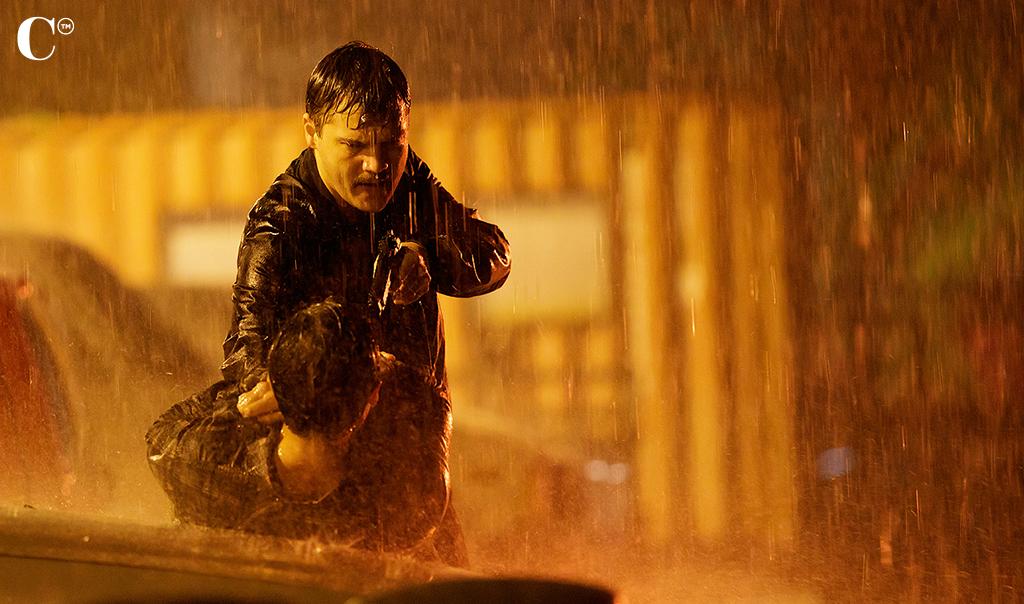 Aside from on/offset love and war, the movie itself looks to be an expert blend of horror and suspense. The film is about two FBI agents (played by Fox and Willis) who work together as Fox goes undercover to take down a serial killer who is kidnapping and horrifically abusing women. The trailer contains some imagery which may be disturbing to some, and promises a movie that pulls no punches when showing the realities of sex trafficking.

Fox puts herself in danger to catch the killer, at one point kidnapped herself; and the movie shows the FBI team working against the clock to save as many victims as possible. Fox, Willis, and MGK aren’t the only notable names in the film; Alex Monopoly is also making his big screen debut. Monopoly, an accomplished street artist, has appeared in one other film but this marks his biggest move to date.

Midnight in the Switchgrass comes to theatres and all video rental services on July 23rd. If you’re looking for a movie that will shock, horrify, and keep you on the edge of your seat, Midnight promises to to be the hot horror flick of the summer.