This season of The Real Housewives of Beverly Hills has been one of the best to date. This is much 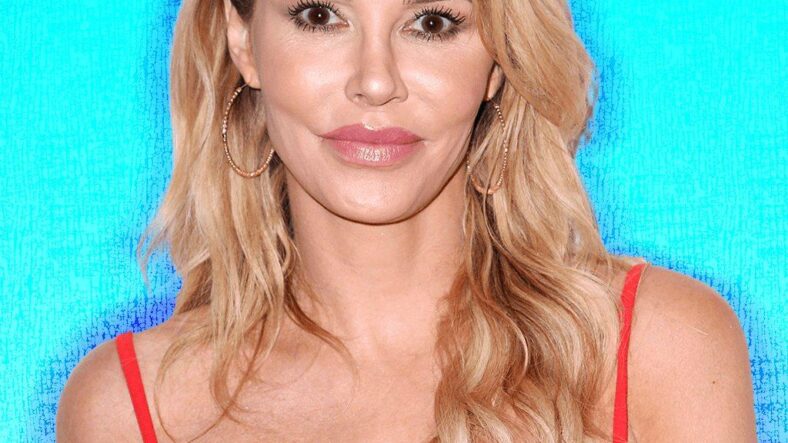 This season of The Real Housewives of Beverly Hills has been one of the best to date. This is much ado to every episode being full of drama that has continued to keep the viewers glued to their screens AND the trailers showing us that Brandi Glanville is due to show up any moment.

While fans were skeptical of what would happen with it being the first season without Lisa Vanderpump, the show has continued to hold its own with Denise Richards at the center of the drama.

What’s Going Down In RHOBH?

In the current season, there has been a lot of drama surrounding Denise Richards. A lot of the women have been arguing with her due to a dinner that was hosted at Denise’s house where the women talked about topics (such as threesomes) that Denise felt were inappropriate to talk about around her children. While this sounds like it could be a storyline that wouldn’t accumulate much viewer interest or drama, it has definitely held its own in bringing the drama between the women.

Then, on this past week’s episode, Real Housewives of Beverly Hills alum Brandi Glanville returned to the show. While she wasn’t the only past-Housewife to make appearances on the episode (as Eileen Davidson and Adrienne Maloof also appeared), those who have been reading the tabloids prior to this season airing know that a lot of the drama in the latter half of the season has to do with Brandi and Denise.

While we are still waiting to see that drama play out on our screens, The Real Housewives of Beverly Hills reunion was taped yesterday. Today, rumors began spreading like wildfire on social media that Brandi was banned from attending the reunion. While some were speculating it was because of Denise Richards, we reached out to Brandi to find out exactly what had transpired.

“Production called me the day of the reunion,” Brandi exclusively shared with us. “We both mutually agreed that it was best if I didn’t attend the reunion.”

While this was definitely disappointing to hear, as fans will likely be eager to hear from Brandi after the season wraps, she explained that there was a methodical reason why this was done.

“They wanted the other women to hash out their differences without me being there,” she shared. “Had I been there, I would have been the Camille [Grammer] of the last reunion. I would come in at the end of the reunion and then I would end up being the focal point even though I wasn’t a full-time cast member.”

“The women needed to hash out their differences and air their grievances with what went on in the season as it pertained to full-time cast members,” she added.

So when will fans get to see Brandi have her say in terms of what actually went down this season from her perspective?

So When Will We See Brandi Telling All?

She wrapped with telling us that, “I will be doing a one-on-one with Andy Cohen separately from the ladies.”

Want more details regarding this situation? Brandi added that “For more information on what’s going down, make sure to tune into my podcast Brandi Glanville Unfiltered, which will be posted today.”

For what it’s worth, Lisa Rinna also spoke out early this morning about the reunion on her Instagram stories. In her post, she said “Reunion was bulls**t today. I’ve never said that in 6 years. I guess cease and desists work.”