While it’s been a while since we saw The Real Housewives of Dallas on our screens, they are gearing up 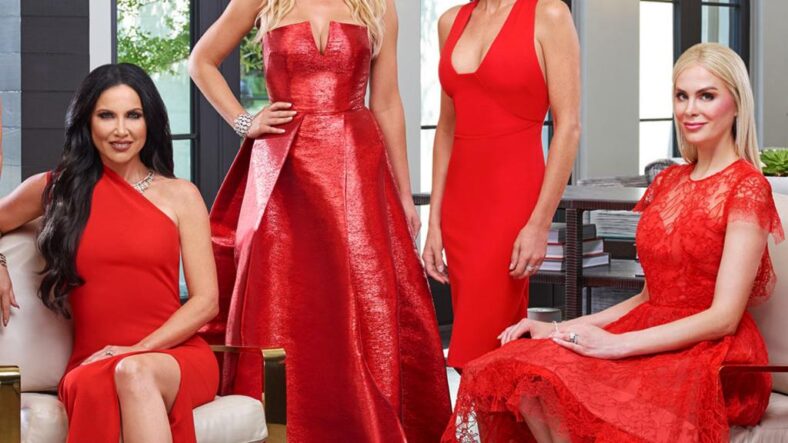 While it’s been a while since we saw The Real Housewives of Dallas on our screens, they are gearing up for their fifth season, which CELEB learned recently wrapped. While a new season of Housewives is always exciting, Leeanne Locken departed the series after the fourth season. While it’s not uncommon for Housewives to be changed, every season of the show thus far has had drama surrounding Locken and featured Locken front-and-center. With Locken no longer being part of the franchise, many fans have wondered what the show will look like without Locken being a part of it. CELEB recently spoke to a production insider who spilled some details on the new season.

As fans remember, the first season of The Real Housewives of Dallas was relatively short for a Housewives show. It featured 10 episodes and only a one-part reunion. The season centered around drama involving charity, and many fans of the Housewives complained that it was somewhat boring. When season two came around, though, drama between the women picked up and the show gained some traction.

The last season- the show’s fourth- featured 15 episodes and a two-part reunion. The production insider CELEB spoke with informed us that fans can expect the fifth season season to be shorter.

“The season has been cut to only 12 episodes, making it basically as short as the first season,” CELEB’s insider stated.

They went on to explain that the shortened season is due to it being a bit underwhelming, noting that “The season is a bit boring/lackluster compared to the past few seasons.”

CELEB’s source went on to reveal that there will be a lot of storylines centered around thematic parties, specifically stating that “Every party the women go to has a theme.”

“t’s almost akin to how charity was the focal point of season 1,” they continued sharing. “Now themed outfits and themed parties is the focus of the current season- and hopefully that resonates with fans.”

So what Texas-sized drama can fans expect to find in the newest season of the show?

“As far as drama,” CELEB’s insider went on to note, “there is a new cast member that Brandi has issues with, but that’s all that’s been buzzed about for now.”

CELEB’s source wrapped with saying that “Hopefully with editing, Bravo will still make a good- albeit short- season, but the initial buzz has been lukewarm.”

To note, the season was taped during the coronavirus pandemic and, while that could be a plausible explanation for it being shortened, CELEB’s insider specifically stated that “If there was drama going on that was captivating, the season still would’ve kept taping and been extended, as they were already taping during the pandemic anyway.”

Aside from The Real Housewives of Dallas, there has been a lot of other drama surrounding the Housewives world over the past few weeks. These moments have included: