There has been ample video footage in the media lately of protests gone awry; protesters clashing with police or counter-protesters.

There has been ample video footage in the media lately of protests gone awry; protesters clashing with police or counter-protesters. Images of cities burning and masked vigilantes roaming the street, frightening peaceful citizens. But a recent report find that these images, unsurprisingly, don’t represent the overwhelming majority of Black Lives Matter protests. A new report finds that 93% of the protests have remained peaceful, despite media imagery to the contrary.

By now, we’ve all seen them. Images designed to strike fear in the heart. Carefully picked out of context to make the viewer uneasy or scared, with sensationalist headlines that cry things like, “Rioters burning cities to the ground!” and “Protests turns deadly as violence erupts and unrest spreads across the country!” By watching the headlines, one would assume that the Black Lives Matter protests have become a source of civil unrest in major American cities, and that people should be fearfully preparing for the next night of violence.

While it is certainly true that some protests have turned violent, and these images and stories are coming from somewhere, there’s a much larger picture being missed if you focus on the headline grabbing, dramatic stories of violence. Most Black Lives Matter protests have remained peaceful. They are respectful of local ordinances and interacting tensely but peacefully with police.

Who compiled the report, and what does it say?

The report is the result of the Armed Conflict Location & Event Data Project (ACLED) analyzing over 7,750 Black Lives Matter protests in all 50 states and Washington D.C. between May 26 and August 22. The ACLED website states, “The Armed Conflict Location & Event Data Project (ACLED) is a disaggregated data collection, analysis, and crisis mapping project. ACLED collects the dates, actors, locations, fatalities, and types of all reported political violence and protest events across Africa, East Asia, South Asia, Southeast Asia, the Middle East, Central Asia and the Caucasus, Latin America and the Caribbean, and Southeastern and Eastern Europe and the Balkans. The ACLED team conducts analysis to describe, explore, and test conflict scenarios, and makes both data and analysis open for free use by the public.” 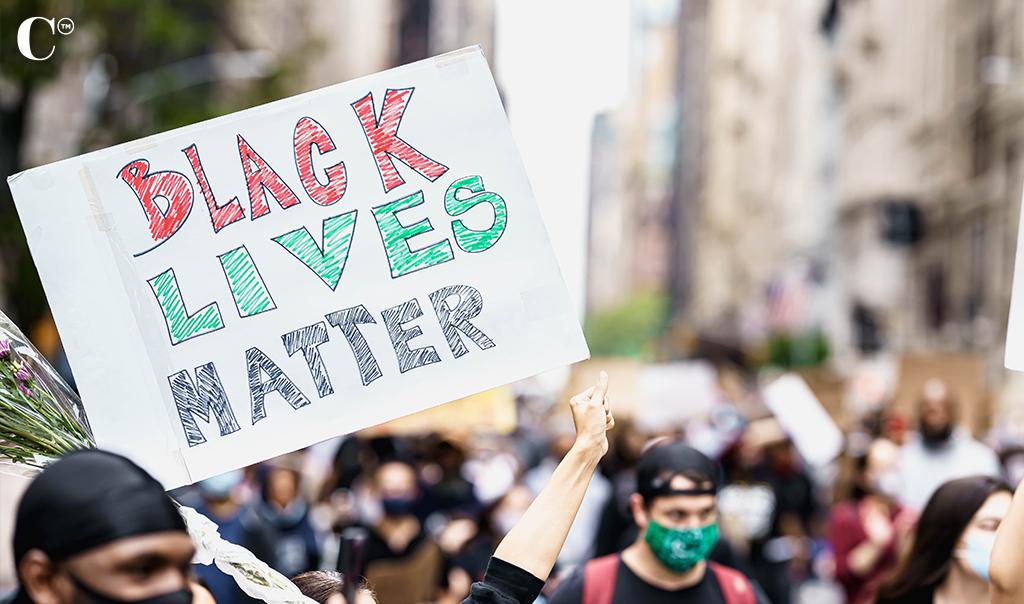 According to Time, “[The ACLED] report states that more than 2,400 locations reported peaceful protests, while fewer than 220 reported ‘violent demonstrations.’ The authors define violent demonstrations as including ‘acts targeting other individuals, property, businesses, other rioting groups or armed actors.’ Their definition includes anything from ‘fighting back against police’ to vandalism, property destruction looting, road-blocking using barricades, burning tires or other materials. In cities where protests did turn violent—these demonstrations are ‘largely confined to specific blocks,’ the report says.

The ACLED report includes protests toppling statues of ‘colonial figures, slave owners and Confederate leaders’ as violent incidents. ‘Since Floyd’s killing, there have been at least 38 incidents in which demonstrators have significantly damaged or torn down memorials around the country,’ the report states.”

What does the report say about how media representation has shaped public opinion?

The report states, “Research from the University of Washington indicates that this disparity stems from political orientation and biased media framing (Washington Post, 24 August 2020), such as disproportionate coverage of violent demonstrations (Business Insider, 11 June 2020). Groups like the Anti-Defamation League (ADL) have documented organized disinformation campaigns aimed at spreading a ‘deliberate mischaracterization of groups or movements [involved in the protests], such as portraying activists who support Black Lives Matter as violent extremists or claiming that antifa is a terrorist organization coordinated or manipulated by nebulous external forces’ (ADL, 2020).”

It goes on to add, “Despite the media focus on looting and vandalism, however, there is little evidence to suggest that demonstrators have engaged in widespread violence. In some cases where demonstrations did turn violent, there are reports of agents provocateurs — or infiltrators — instigating the violence.

During a demonstration on 27 May in Minneapolis, for example, a man with an umbrella — dubbed the ‘umbrella man’ by the media and later identified as a member of the Hells Angels linked to the Aryan Cowboys, a white supremacist prison and street gang — was seen smashing store windows (Forbes, 30 May 2020; KSTP, 28 July 2020). It was one of the first reports of destructive activity that day, and it ‘created an atmosphere of hostility and tension’ that helped spark an outbreak of looting following initially peaceful protests, according to police investigators, who believe the man ‘wanted to sow discord and racial unrest’ (New York Times, 28 July 2020).

In another example on 29 May in Detroit, a number of non-residents reportedly traveled to the city to engage in violent behavior during a demonstration, leading to multiple arrests (MLive, 2 June 2020).”

According to the report, despite the fact that the protests have been overwhelmingly peaceful, they have received a disproportionate state response. It states in part, “The initial government response to the demonstrations was not uniform. Many early protests were held peacefully and without incident. In certain cities, like Los Angeles, California and Camden, New Jersey, authorities even expressed support by joining marches, taking a knee, or attending community meetings on reform (ABC7, 1 June 2020; CBS8, 15 June 2020; NJ Spotlight, 12 June 2020). 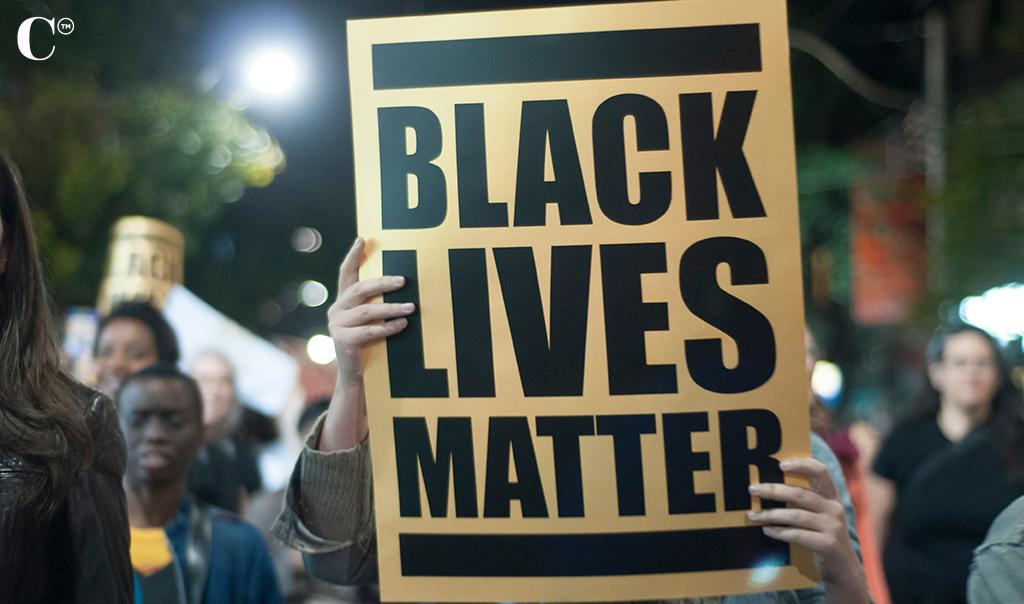 In some cases these efforts reduced tensions between the community and the police, while in others demonstrators raised concerns that these displays served more as ‘PR stunts’ than genuine acts of solidarity, potentially obscuring the scope of police abuse (ABC, 6 June 2020). At the start of June, for example, while some police officers kneeled with demonstrators in Buffalo, New York, separate reports surfaced showing the city’s police violently pushing an elderly protester to the ground, fracturing his skull, the next day (ABC, 6 June 2020; NPR, 30 June 2020).

Overall, ACLED data indicate that government forces soon took a heavy-handed approach to the growing protest movement. In demonstrations where authorities are present, they use force more often than not. Data show that they have disproportionately used force while intervening in demonstrations associated with the BLM movement, relative to other types of demonstrations.

Despite the fact that demonstrations associated with the BLM movement have been overwhelmingly peaceful, more than 9% — or nearly one in 10 — have been met with government intervention, compared to 3% of all other demonstrations. This also marks a general increase in intervention rates relative to this time last year. In July 2019, authorities intervened in under 2% of all demonstrations — fewer than 30 events — relative to July 2020, when they

intervened in 9% of all demonstrations — or over 170 events.”

42% of Americans view the protests as violent

All of this media representation and government escalation has definitely affected public opinion. According to Five-Thirty-Eight, “42% of respondents believe “most protesters [associated with the BLM movement] are trying to incite violence or destroy property.” Because of this skewed view, self-styled militias and vigilantes have often taken it upon themselves to show up to protests. Often, they counter-protest. Occasionally, it turns violent. Over the past 2 weeks, several events were publicized as self-style militias caused violence at protests.

In Kenosha, WI, 17-year-old Kyle Rittenhouse drove from Illinois with a rifle to join a militia, “defending businesses,” against protesters downtown. Rittenhouse scuffled with and shot 3 protesters, killing 2 of them. In Tallahassee, FL, a counter-protester arrived to take photographs of a protest, started an altercation with an onlooker, then pulled a gun. Although video shows the armed man as an instigator, authorities opted initially not to file charges against him, claiming he was, “lawfully defending,” himself.

The report says, “Whether they are affiliated with an organized group or not, there is also a growing presence of armed individuals at demonstrations, with many claiming they are standing by to ‘keep the peace’ if not to openly intimidate perceived ‘enemies.’ At least 50 such incidents have been reported around the country since 24 May. Reports that police not only tolerate the presence of certain armed individuals at demonstrations (Washington Post, 30 August 2020; Huffington Post, 28 August 2020), but in some cases actively encourage their involvement suggest this trend will

continue, amplifying the risk of violence. 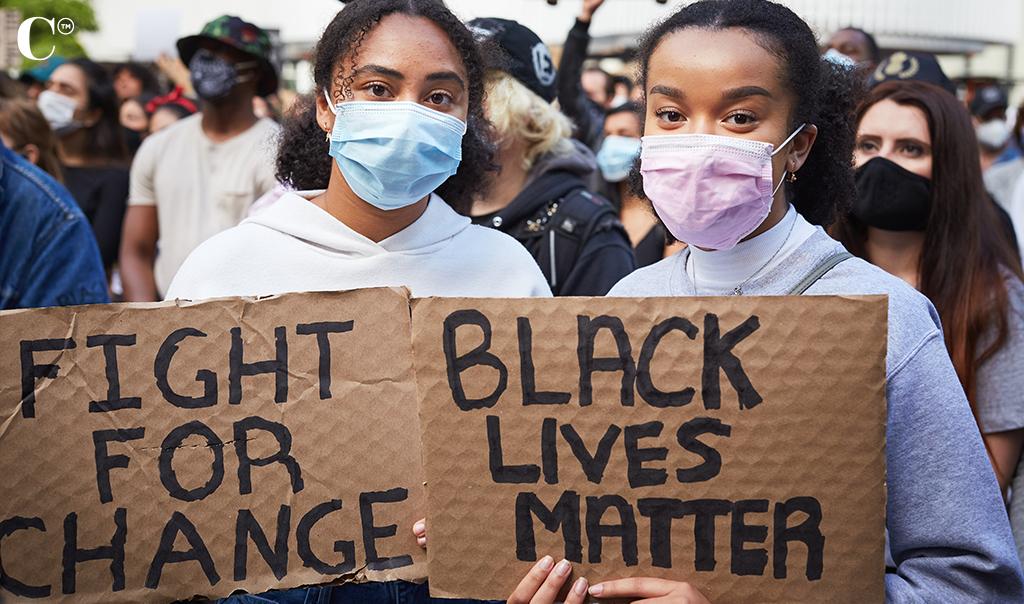 On the night of 25 August in Kenosha, Wisconsin, for example, during protests against police brutality following the shooting of Jacob Blake, police allegedly told armed members of the Kenosha Guard over a loudspeaker, “We appreciate you guys. We really do,” and shared water with them (USA Today, 29 August 2020).”

What does the report tell us?

In essence, the report tells us that the Black Lives Matter movement’s image has suffered under media representation. While this may not surprise most people, it’s surprising to see such a stark divide between what’s being shared with the public versus what’s actually happening at these protests. Even though the protests are remaining peaceful, the organizers of the protests have to consider that they are not receiving fair representation.

Eventually it will come down to a question as to whether they’re willing to embrace the media images, good, bad, and ugly, fight back to change their public imagery, or find a new way to reach the public with their message. In a year of wild news headlines and unrest over many things, the Black Lives Matter movement is fighting a charged political climate which looks to politicize human rights issues. As they work to wrestle the dialogue back into their court and control their own message, they’re up against powerful political and media sources looking to twist it.

In order to continue pushing for progress and change, the BLM movement has to first make sure people understand what it is they’re looking to accomplish, and they have to wade through mountains of sensationalized press coverage to do so.