Tori Spelling to Join RHOBH in a ‘Friend of’ Role!

After a dramatic and contentious season 10, Real Housewives of Beverly Hills fans have been wondering what 11 season would 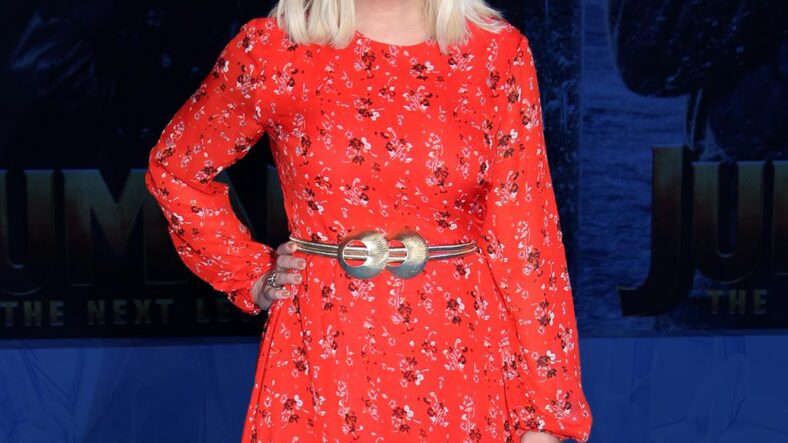 After a dramatic and contentious season 10, Real Housewives of Beverly Hills fans have been wondering what 11 season would bring. From rumors over cast shake-ups to post-season legal drama, season 11 is already set to fascinate. CELEB has received exclusive confirmation that a Hollywood superstar, Tori Spelling, is set to join the exciting next season in a, “friend of,” role. But Spelling isn’t the only exciting friend to be welcomed on season 11.

Tori is Joining the RHOBH Women for Season 11

CELEB spoke exclusively with a source who has revealed that actress Spelling will be joining the RHOBH cast in 2021. An insider dishes, “Tori Spelling is doing Beverly Hills’ Housewives with her mom, Candy. People who have followed Tori know her relationship with her mom has been contentious for many years. Kathy Hilton – Kyle Richards‘ and Kim Richards‘ sister- is also expected to join, and she has some issues with Candy as well. Tori is expected to join in a similar vein to Kathy – specifically as a friend of the Housewives. Tori is also expected to come on as Kyle’s friend.”

Tori and Mom Candy Are Often at Odds; Will They Bring That to the Small Screen? 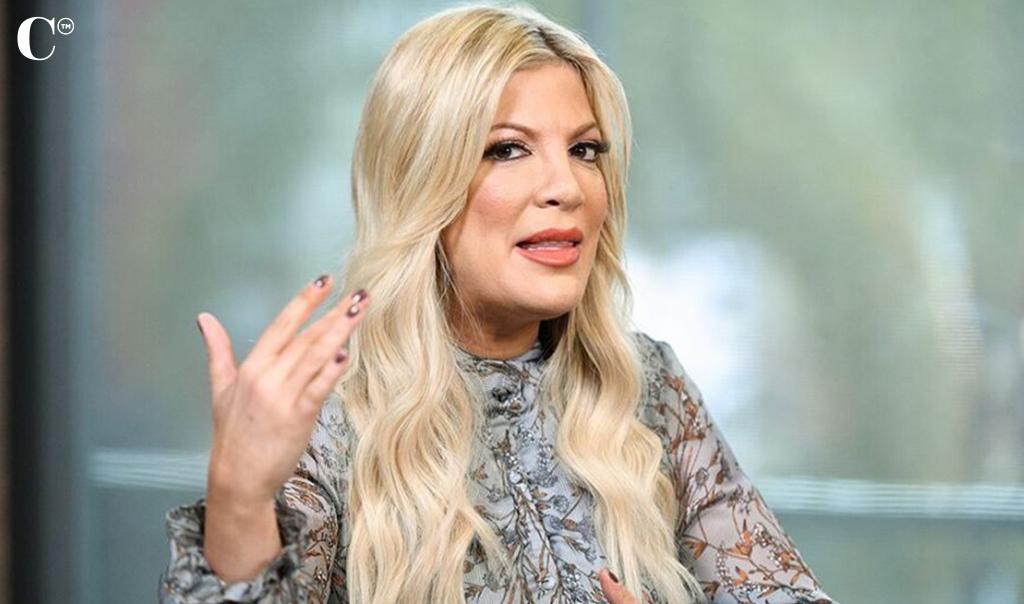 Tori and Candy spelling have had a long and publicly contentious relationship. After Tori’s father died in 2006, an already strained relationship broke and the pair stopped speaking. According to Candy, things were not going well at all. Per People, “Candy, 73, told PEOPLE that she and Tori weren’t speaking. She said the estrangement influenced her decision to list her 56,000-square-foot mansion, where she had lived since 1991, two years after the death of her husband, legendary TV producer Aaron Spelling.

Speaking with PEOPLE in 2009, Candy said she planned to move from her five-acre French Chateau-style mansion into a $47 million condo with 17,000 square feet; the same footage as her-then attic. She said she’d never have put Spelling Manor on the market if she thought she’d reconcile with Tori, her husband Dean McDermott and their children. (At the time, Tori and Dean were parents to Liam, 12, and Stella, 11. They have since welcomed Hattie, 7, Finn, 6, and Beau, 2.)

Although they weren’t communicating at the time, Candy said she made sure there was a playroom in her condo for her grandchildren. ‘Someday my grandchildren will know who I am because of the trust funds I’ve set up, but I would like to be part of their lives now,’ said Candy. ‘I would have loved to have built that playhouse for them.’”

Tori, however, downplayed the estrangement. According to People, Tori said, “It’s not like we’re not talking, we just haven’t talked. I love my mother. I’ve always loved her [and] no doubt she loves me. There’s no feud. We simply never meshed.”

However, by 2019, the pair seemed to have reconciled to some degree, and Tori told Andy Cohen that she and her mom were on good terms. 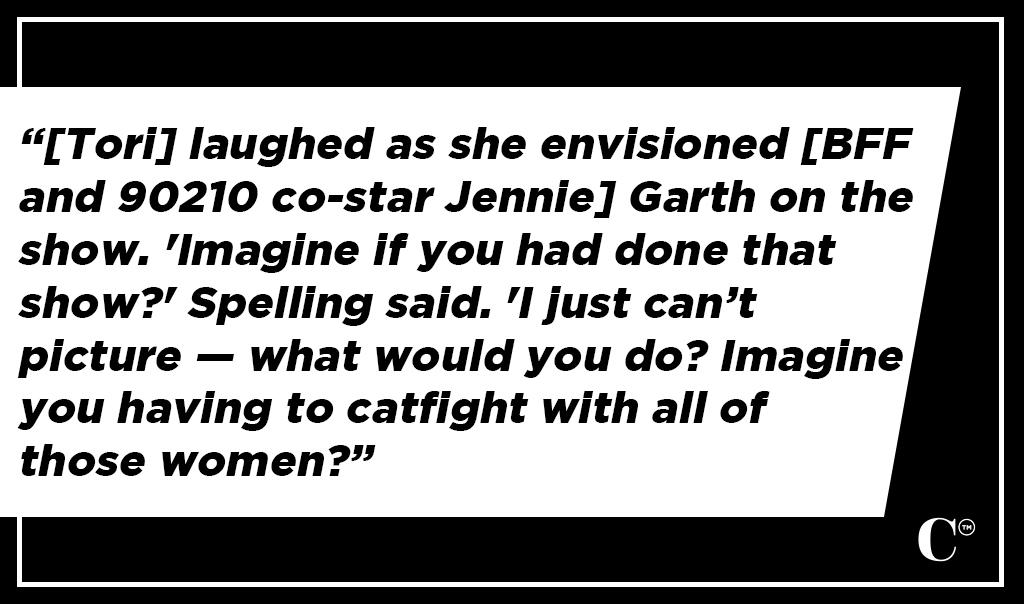 In 2019, Spelling revealed that she was disappointed to have never been asked to join RHOBH. However, even if she had been asked, Spelling says she couldn’t imagine joining the cast. Despite her close ties to Richards and others, Spelling found the thought of joining the drama overwhelming.

Spelling told UsWeekly, “[Tori] laughed as she envisioned [BFF and 90210 co-star Jennie] Garth on the show. ‘Imagine if you had done that show?’ Spelling said. ‘I just can’t picture — what would you do? Imagine you having to catfight with all of those women?’

The True Tori star told Us on Friday that Real Housewives of Beverly Hills is ‘one of my favorite shows, but not to be on, just to watch. As a viewer like everyone else. I could never. I would get eaten alive. I am too nice and a people pleaser to be, to get in those fights they get into.’”

Fans are lucky she seems to have changed her mind!

Who Will Tori Be Joining? 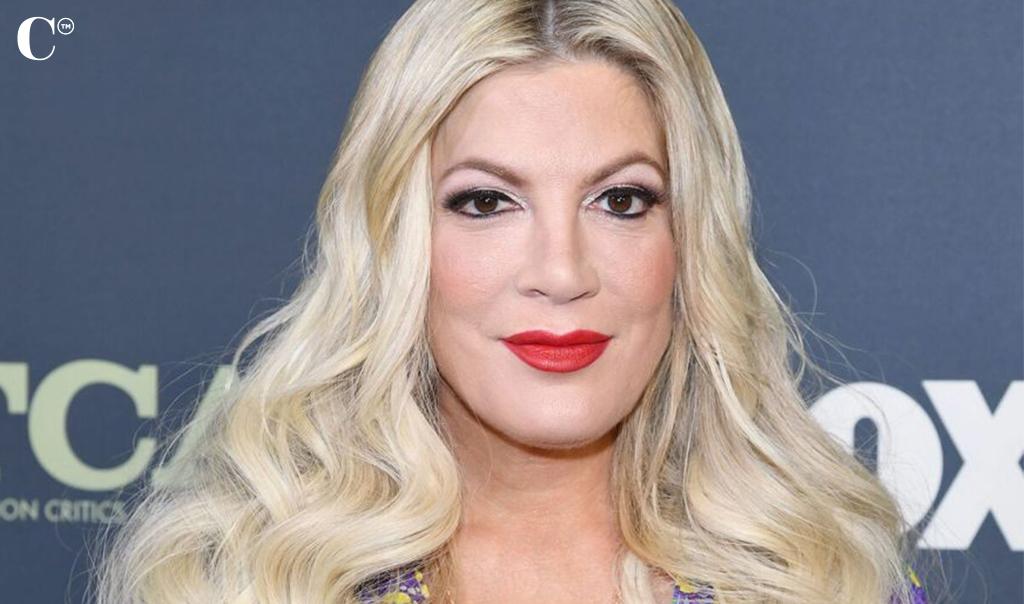 CELEBconfirmed the cast back in September, with one minor change. It looks as though Spelling will be joining Kyle Richards, Sutton Stracke, Lisa Rinna, Garcelle Beauvais, Dorit Kemsley, and originally Erika Girardi. However, Girardi was insulted by an offer to be demoted to a “friend of” role and appears to be leaving the show. Teddi Mellencamp was fired, and both Denise Richards and Brandi Glanville are moving on after the affair fallout from season 10. Season 11 will be premiering sometime in April of 2021.