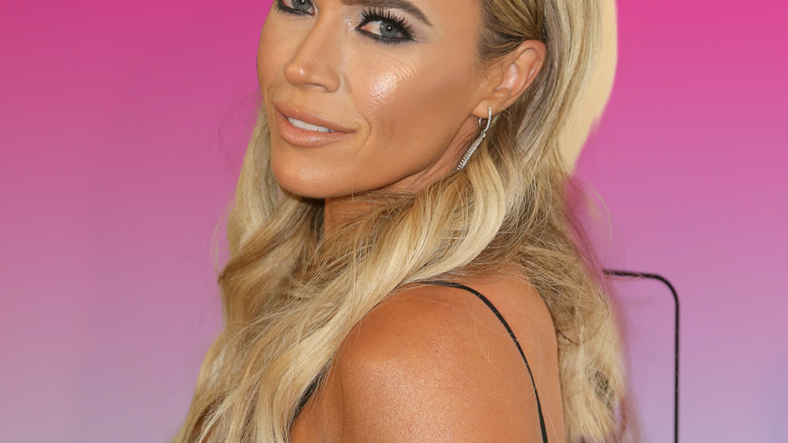 Teddi Mellencamp is fighting back after being accused of filming a staged scene for the 10th season of The Real Housewives of Beverly Hills with cast mates Kyle Richards, Kim Richards, and Brandi Glanville.

Weeks after the women were seen at an event at Kyle’s home in Encino, California, where Brandi shockingly claimed to have had an affair with Denise Richards, rumors began swirling online which suggested that the controversial scene was actually filmed after the women confronted Denise about the supposed hookup during their cast trip to Rome.

According to some fans, a photo shared by Brandi proved that she had filmed with Kyle, Kim, and Brandi at the end of November, after the ladies returned home from their getaway.

When did Brandi Reveal The Affair With Denise?

As All About the Real Housewives revealed on September 1, Brandi posted an image of herself on Instagram on November 28, 2019 in which she was seen wearing the exact same outfit and hairstyle that she was sporting when she filmed RHOBH at Kyle’s home and made her shocking claims against Denise.

While Brandi clearly told Kyle, Kim, and Teddi about her allegedly romantic relationship with Denise before the ladies went to Rome, otherwise they wouldn’t have known, some skeptics online pointed out that she could have told them during their time together at BravoCon, which was held in New York City on November 15 and continued until November 17. And, if that were the case, they could have filmed the supposedly staged scene after the cast got back from Italy.

In the comments section of the photo Brandi shared with her Instagram fans and followers last November, a number of fans weighed in on the image, which was practically identical to the look she sported on RHOBH. 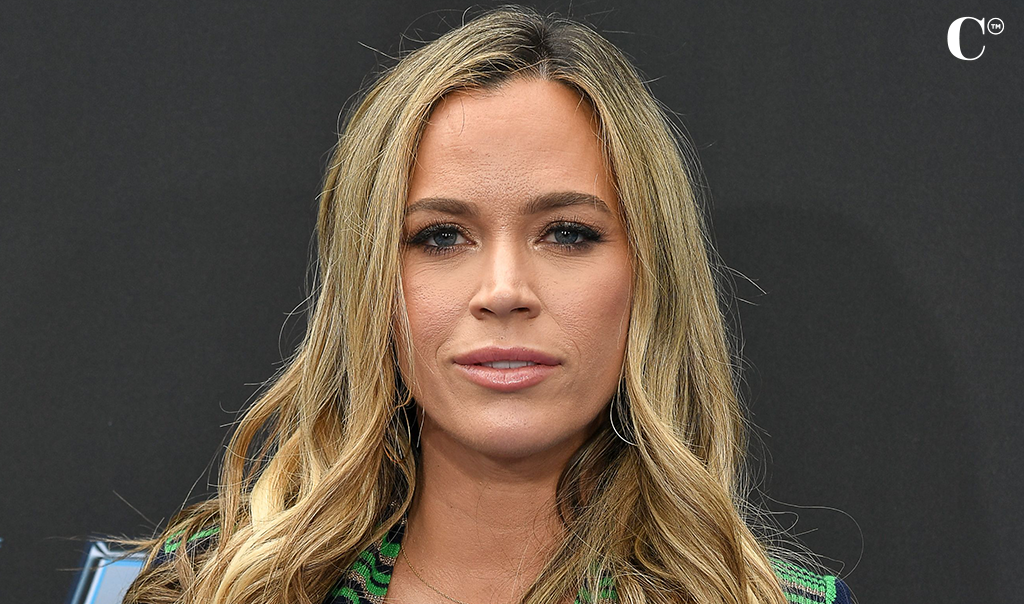 “I [100 percent] believe [Brandi Glanville] and that she and Denise hooked up. But I also now believe that the scene in Kyle’s bedroom was filmed after the Rome trip. Brandi’s birthday is 11/16 and BravonCon was 11/15-11-17 and the cast flew to Rome right after,” one man wrote.

Did The Conversation Between Teddi, Kyle, Kim & Brandi Happen BEFORE BravoCon?

Another person said that the conversation that took place between Kyle, Kim, Teddi, and Brandi at Kyle’s home likely took place before BravoCon and was reenacted after the ladies of the show visited Rome with their cast mates.

“We love and NEED to continue to break the [fourth] wall and be transparent. Reality TV is so much more entertaining and complex when it’s honest,“ a third fan stated.

One other person, a female fan, poked fun at Brandi’s potentially phony “confession” about her and Denise’s relationship.

“Isn’t this the outfit you wore during your ‘confession’ about your affair with [Denise] clearly shot AFTER Rome?” the woman asked.

Although the photo was certainly suspicious, Teddi said on a number of occasions that the scene was filmed with Kyle, Kim, and Brandi prior to their cast trip to Rome and in a series of screenshots shared on her Instagram Stories several days ago, she shared proof of her statement.

“To answer your questions! No, we did not film at [Kyle’s] house after Rome! Check the date and time above! I took this pic when I walked in laughing at her not being packed and all her stuff on the floor,” Teddi wrote in the caption of a photo of Kyle sitting on her floor surrounded by clothing, shoes, and purses.

At the top of Teddi’s screenshot, it is revealed that the photo was taken on November 19, nearly two weeks before Brandi shared her Thanksgiving image online.

Teddi then shared a second screenshot in which a series of photos and videos taken during her trip to Rome were seen, along with a date stamp that read, “Nov 22-24, 2019,” and confirmed that her vacation took place after her conversation with Brandi and the other women.

“And what do you know!!! Rome is after that,” she captioned the post, along with a pink hearts emoji.

According to the report, Teddi told her fans and followers that she was sharing her screenshots because “enough was enough with those conspiracy theories” about when the scene was actually filmed. 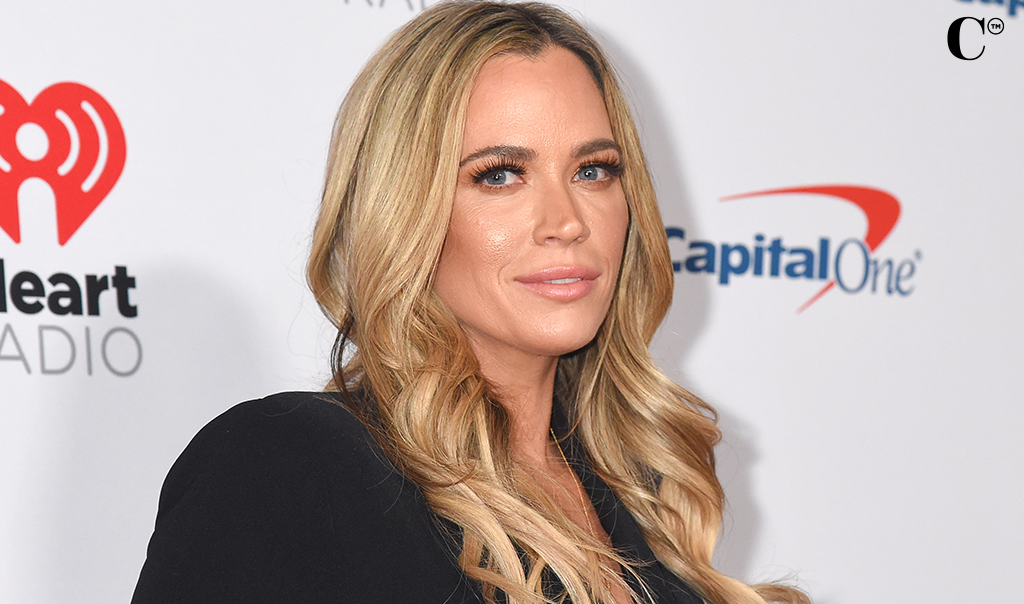 Continuing on to her online audience, Teddi said that while things between her and Denise were quite tense throughout the 10th season of “RHOBH,” she isn’t ruling out the possibility of a season 11 reconciliation with her.

“I have seen people move on from much worse during my last [three] years of watching Housewives shows,” Teddi said.

Why Did Teddi Bring Up The Affair Between Denise & Brandi On Camera?

Because Teddi was the one who brought up Brandi’s claims of an affair to Denise, she has faced tons of backlash online from fans who don’t think it was her place to do so. All the while, Teddi has maintained that she only brought up the issue to her cast mate because the rumor had already been shared on camera by Brandi.

“I think it would have been worse if I didn’t tell her what was already said on camera, and she was blindsided with the info watching the show back. This way, she could do what she needed to do way prior to [the] show airing,” Teddi explained.

In addition to questioning Denise about her possible hookup with Brandi, which Denise has denied, Teddi also wanted to know if Denise had truly spoken as poorly about her and the rest of the women as Brandi claimed she did.

As “Real Housewives of Beverly Hills” fans will recall, Brandi accused Denise of saying that Teddi was desperate to be a part of the cast’s friend group because she’d been living in her father John Mellencamp‘s footsteps for years. Brandi also said that Denise claimed Erika Jayne had an icy personality.

During an appearance on Watch What Happens Live in August, Teddi and Kyle explained why Denise’s supposed affair with Brandi became such a big deal amongst the group. 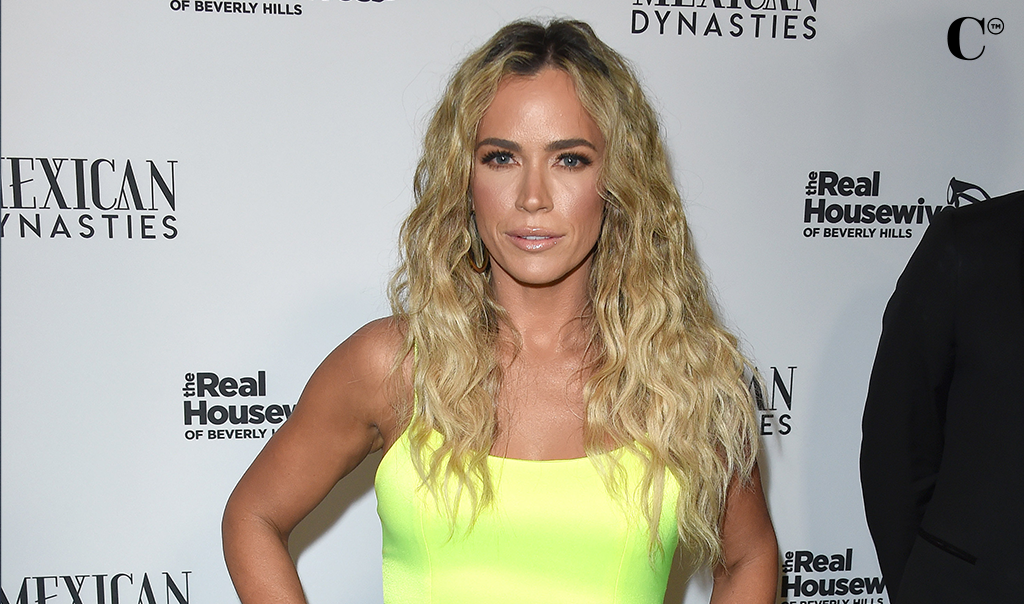 Denise married husband Aaron Phypers in September 2018 during filming on RHOBH season nine. However, according to Brandi, Denise slept with her in April 2019 after allegedly informing Brandi that she and Aaron had an open marriage.

“I really, honestly wish that Denise had just said to us that night, ‘You know what? Believe what you want. I know the truth. Now let’s talk about how I feel about our relationship with the women,’” Kyle continued. “It kept going on and on because she kept saying, ‘I never talk to [Brandi]. I barely know her.’ It just sort of was perpetuating the situation.”

Denise Added Fuel To The Fire

Teddi agreed with Kyle that Denise’s continued chatter and claims of not knowing Denise, despite their many years of text messages, only added “more fuel to the fire.”

While Denise has denied her affair with Brandi on many occasions, Brandi has insisted that she is not lying about their alleged hookup and even volunteered to take a lie detector test in regard to what happened between them.

The Real Housewives of Beverly Hills is currently airing its three-part reunion special on Wednesday nights at 9 p.m. on Bravo.