Gina Kirschenheiter will be joined by her former spouse, Matt Kirschenheiter, on the upcoming 15th season of The Real Housewives of Orange County. 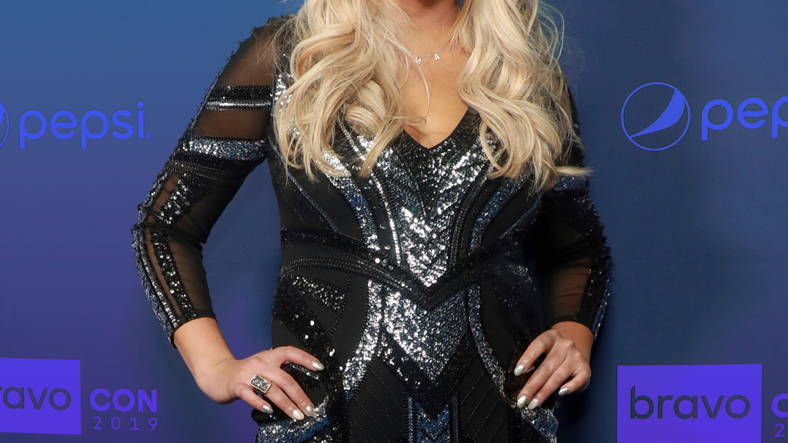 Gina Kirschenheiter will be joined by her former spouse, Matt Kirschenheiter, on the upcoming 15th season of The Real Housewives of Orange County.

While Matt was previously unable to film for the Bravo series due to his job, the just-released trailer for the new episodes has confirmed that he will be seen when the show returns next month, although his appearance will likely be brief.

In the drama-filled sneak peek, Gina is seen telling co-star Shannon Beador that she’s invited Matt to her new townhouse before Matt is seen in another scene arriving to her place with his girlfriend in tow.

“Hello,” he says as he walks through the door.

According to a photograph shared on Gina’s Instagram page in early March, she decided to welcome Matt into her home, which she shares with boyfriend Travis Mullen, for a birthday celebration for their daughter, Sienna Rose, who was turning five at the time. 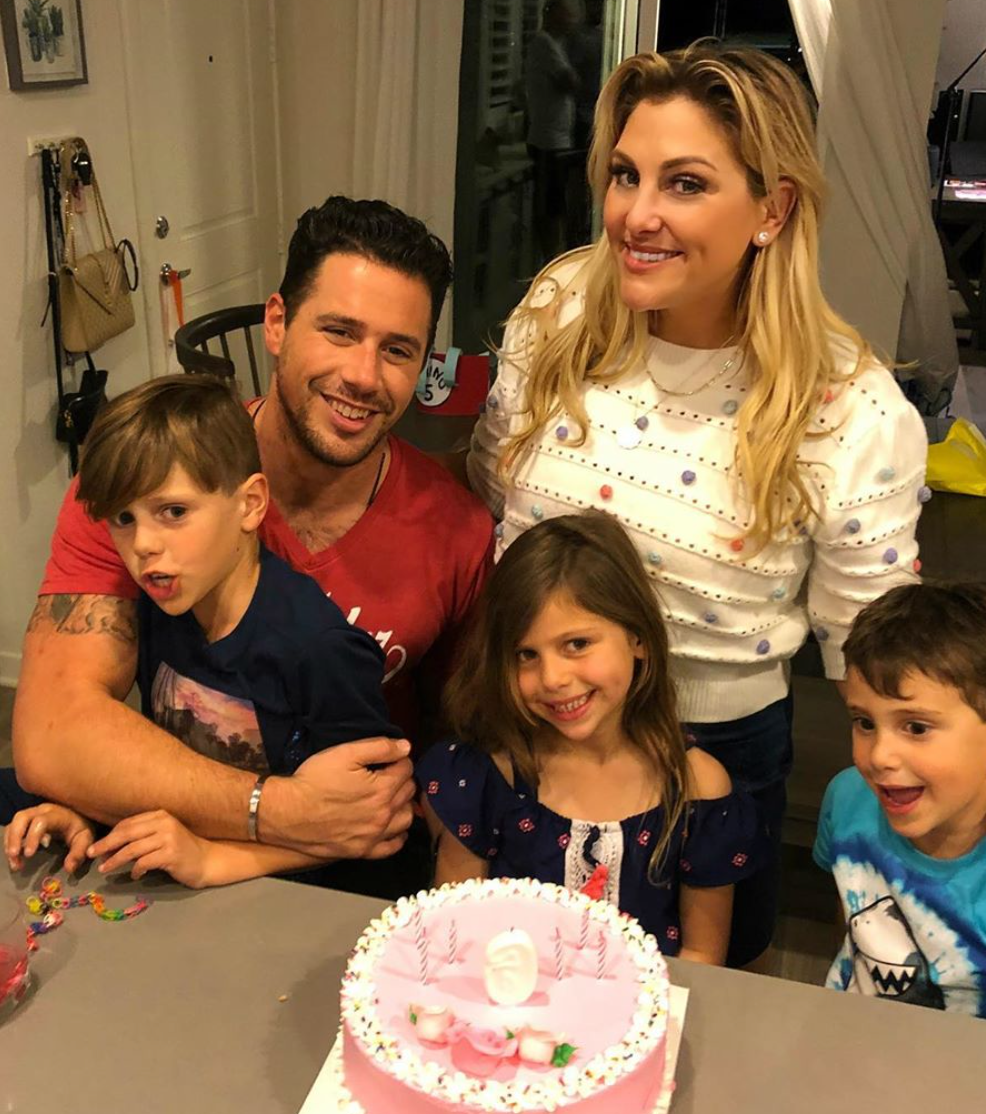 Gina and Matt also share two sons, including seven-year-old Nicholas and four-year-old Luca, who they’ve been co-parenting since their messy split last summer.

Gina Kirschenheiter Filed for Divorce in 2018 Before a Brief Reconciliation

As fans of RHOCmay recall, Gina filed for divorce shortly after she joined the cast for season 13 in 2018. However, months after she made the decision to end her eight-year marriage, Gina had a change of heart and ultimately reconciled with Matt.

Although things appeared to be going okay at first, Gina ultimately began experiencing negative thoughts as she was faced with Matt’s reported infidelity. And, during the 14th season of the show, Gina opened up about Matt’s alleged affair to cast mate Emily Simpson and claimed her then-spouse was still in touch with his other woman.

Gina previously said that Matt wasn’t unfaithful but later changed her tune, explaining that she had been attempting to shield her children from what their father had done.

While Gina was open to working through the affair, she later called it quits with Matt after what was described as a violent encounter between the two of them in the wee hours of a morning in June 2019. At the time, it was reported that Matt had attacked Gina after a night out with friends prompted him to break into her home, where their kids were sleeping.

Matt Kirschenheiter Was Arrested on Charges of a Domestic Assault

In court documents shared by The Blast, Gina accused Matt of throwing her down on a couch and said he was “screaming in my face and saying he was going to kill me.”

“He ripped my bra off, then took a pillow and hit me on the side of the head with it hard. I begged him to stop…to calm down…but he kept hitting me,” she alleged. 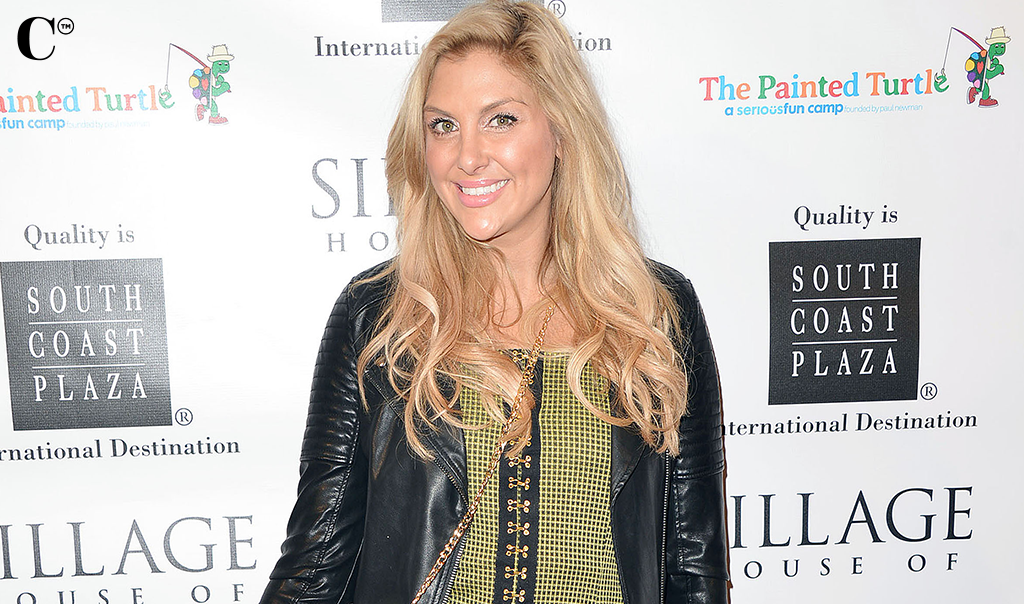 After breaking free, Gina ran to a neighbor’s home and rang the doorbell. However, Matt was following closely behind and once he reached her, he proceeded to drag her “on the cement back into the house.”

“He threw me back on the couch started hitting me again telling me he was going to kill me. His eyes were black and nothing I could say would bring him back to reality,” she recalled.

A restraining order was ultimately put into place against Matt, which restricted him from coming within 100 yards of his then-wife.

Just days before Matt was arrested for his apparent crimes against Gina, Gina had shared a sweet message to him on social media.

“Happy birthday to the man who has held my hand for the last 14 years despite the ups and downs,” she wrote on Matt’s birthday. “Thanks for being the best father to our kids, and the best friend a girl could ask for. Wouldn’t want to take on this crazy life with anyone else. Like you said, ‘I’m your person and you’re mine.’”

Months after the alleged assault took place, Gina went public with her current boyfriend, Travis, on Instagram with a sweet photo of the two of them laughing together.

Gina Kirschenheiter Moved in With Boyfriend Travis Mullen in February

As a People magazine report revealed, Gina moved in with Travis and his young children, including his two daughters and one son, in February of this year after dating for about six months.

“We’re just so comfortable,” Gina told the magazine at the time. “It’s the weirdest thing. I’m not the type of girl who has to be with a guy or in a relationship. Even throughout drama with my ex, I was perfectly fine on my own and doing my own thing. But from the moment I started talking to Travis, I knew I had very sharp feelings for him.”

“He’s adorable, and he has such a good heart. And he loves me for all of me; my imperfections, my craziness, my past — he loves me in spite of it all,” she continued. “And for me, the biggest shift was being in a relationship with someone who just cares about what’s going on in my day. Even the boring stuff. He just genuinely cares what’s going on and he listens.”

Throughout their relationship, Gina has shared numerous photos and videos of herself, Travis, and their kids, and in one particular caption shared on Instagram earlier this year, on January 1, the mother of three looked back on her tumultuous 2019.

“2019 started as a year filled with mistakes, regret and heartache and ended up being a year full of hope, perspective and love. WHAT A YEAR IT WAS! Honestly one of my favorite and least favorite years to date. Looking so forward to 2020,” Gina wrote with a slideshow of photos of herself and Travis. 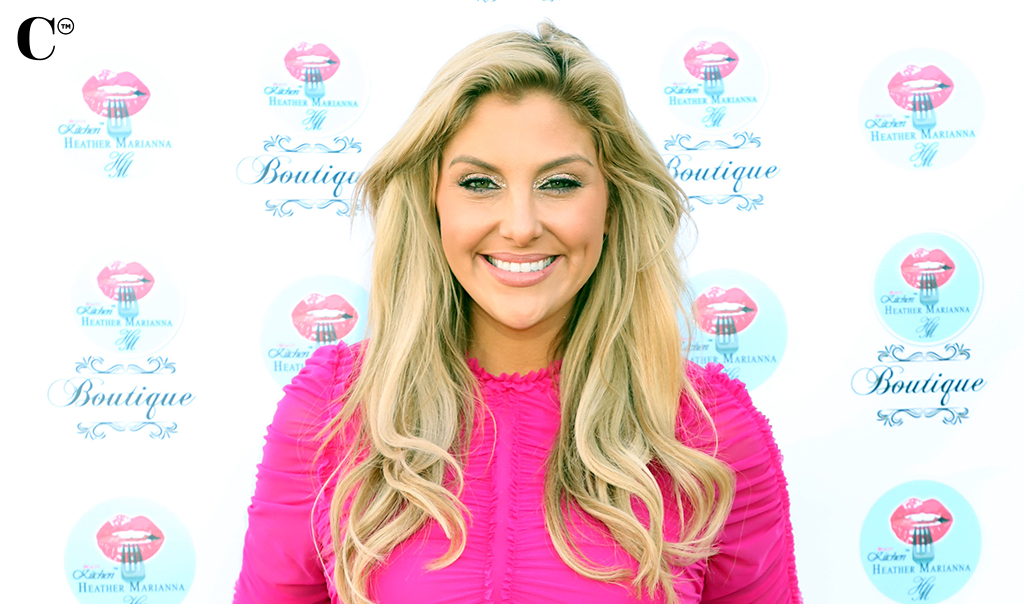 More recently, Gina honored Travis on their one-year anniversary by telling her fans and followers that she was still head over heels in love with her boyfriend.

“It’s been an amazing year with an amazing man!” she wrote on Instagram last month. “2020 may go down as one of the worst years for many but not for me. [Travis,] I love you babe and I love our life together.”

What is to Come for Gina Kirschenheiter on ‘RHOC’ Season 15?

In a description of the new season shared by Bravo’s The Daily Dish on September 2, it was noted that while Gina went through a “difficult year” in 2019, she is “happier than ever” now that she’s moved on from their contentious relationship with Travis and their combined six children, who she often refers to as the “Brady Bunch.”

As for her relationships with the other women of the show, the outlet teased drama by mentioning that some of the ladies were critical of Gina’s new place. In the trailer, Gina was seen telling Emily that Braunwyn Windham-Burke had been talking crap about the two of them before noting that someone had said her new house is “too small.”

As for her relationship with Matt, Gina will be seen doing her best to co-parent with her ex on the show while also facing a challenging decision that could impact the dynamic of her family.

The Real Housewives of Orange County season 15 premieres on Wednesday, October 7, at 9 p.m. on Bravo.