Kelly Dodd and Rick Leventhal have obtained their marriage license less than one year after getting engaged. Ahead of the 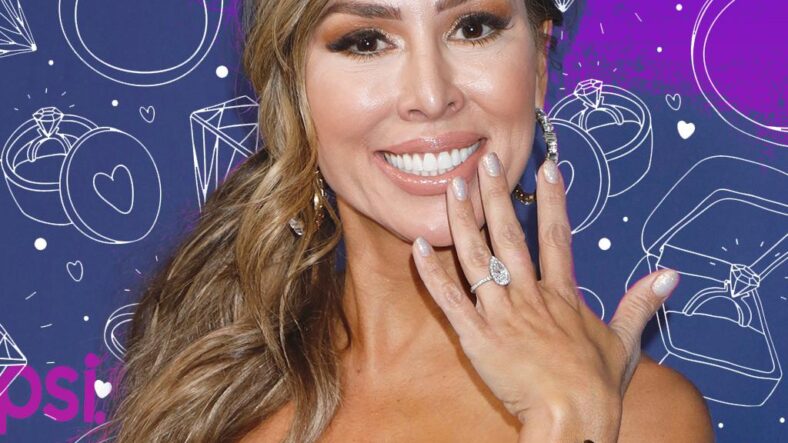 Kelly Dodd and Rick Leventhal have obtained their marriage license less than one year after getting engaged.

Ahead of the highly anticipated 15th season of The Real Housewives of Orange County, Kelly and Rick took to her Instagram pages, where they each confirmed to their fans and followers that they are ready to wed.

“We got our marriage license today!!! I’m so excited to marry my ride or die,” Kelly shared on September 22, along with four red heart emoji and a confirmation of her and Rick’s October 10, 2020 wedding date.

In August, after filming the 14th season of The Real Housewives of Orange County together, Brian announced on Instagram that he and Kelly had parted ways.

“Kelly Dodd and I are no longer dating. I wish her the best,” he said in a since deleted post, via Bravo’s The Daily Dish. “I will not comment further about this personal matter on social media. Dating isn’t easy, doing so from afar makes it more difficult.”

Around the same time, Kelly also confirmed their breakup on her page, telling her online audience that she was deeply saddened by their split and only wished her ex-boyfriend, who she described as a “talented surgeon,” “the best.”

“I loved you deeply,” she stated.

However, just hours after their posts were shared, Kelly slammed Brian for using her for publicity while also confirming her relationship with Rick.

“We met in the Hamptons,” Kelly told PEOPLE magazine of her new love. “It’s new, we haven’t even had sex. But he’s already treated me with more respect than Brian ever did.”

According to Kelly, she dumped Brian on August 3, 2019, after a nine-month on-and-off relationship.

“I couldn’t take it anymore,” Kelly said of the back and forth, adding that Brian was “using me for publicity.”

After confirming that she struck up a romance with Rick after being introduced to him by her fellow Bravolebrity, Real Housewives of New York City star Ramona Singer, in the summer of 2019 before breaking up with Brian in early August of that same year, Kelly accused Brian of being unfaithful.

“He wanted his business on the show. I was just a means to get there. And I only realized that after I caught him cheating on me and realized he’s been seeing someone else all along,” Kelly claimed.

One day after Kelly’s PEOPLE interview, Brian denied her allegations against him during his own interview with Page Six, telling the outlet that he never cheated on Kelly and adding that infidelity was not the reason behind their split.

Brian then suggested that Kelly had simply fallen victim to insecurities during their relationship.

“I simply cannot make her see — I’m not there all the time — she’s reacting. There are other things that have happened. I’m not going to share. And that’s it,” he stated. “She’s trying to spin this and I completely deny having cheating.”

“Because I don’t want to be with her anyone she thinks there has to be another woman. But there’s not. It’s not. It’s just not working,” he explained.

Dodd and Leventhal Will Wed in Napa Valley

While the exact location for Kelly and Rick’s wedding has not yet been confirmed, it has been reported that the couple will tie the knot at a vineyard somewhere in Napa Valley.

“It will be a very intimate wedding,” an insider revealed to E! News.

According to the report, Kelly’s daughter, 14-year-old Jolie, will participate in the ceremony, as will Rick’s adult children from his previous relationship.

“Kelly wants the day to be very elegant and chic,” the source continued. “She had a wedding dress custom made a few months ago, and all the details of the weekend are just now being finalized.”

When Kelly first announced her engagement to Rick, she confirmed her desired location for their nuptials.

“I want to get married in Napa so a wine theme,” Kelly told E! News in November of last year. “Ramona Singer wants to be a bridesmaid because she introduced me to my fiancé so I think that should be her deal.”

Kelly also claimed that former Real Housewives of New York City star Dorinda Medley wanted to officiate the wedding because she is legally able to do so.

Kelly and Rick Are Quarantining in Newport Beach

For the past several months, Kelly has been spending a ton of time at home with Rick and her daughter.

“Jolie has been in our house with my mom, who flew in from Arizona a couple [of] weeks ago,” Kelly told Us Weekly in March.

As some may know, Kelly moved into a home in Newport Beach, California several months ago and in the months since, her fiancé, Rick, has moved out of his apartment in New York City and transferred to the west coast, where he is currently working out of a different office for Fox News.

“I was always very close to my grandmother and spent months at a time with her, so I love that Jolie is having this bonding time with my mom,” Kelly continued of their living arrangement.

According to Kelly, she and her former husband, Michael Dodd, had been splitting their time with Jolie amid quarantine. And, when Jolie is with her father, Kelly said she misses her deeply.

“[My ex-husband] Michael [Dodd] gets her this Sunday for a week. I talk to her and FaceTime with her daily. She’s been doing her classwork online and going a bit stir-crazy, I think. I really miss her and look forward to going home and being with her soon,” she said.

Kelly and Michael tied the knot in 2006 and split briefly in 2012. Then, after a failed attempt at reconciling their marriage, they split for a second time in September 2017 and their divorce was made final in February of the final year.

As the quarantine continues, Kelly says she and Rick are “making the best out of a challenging situation” and getting to know one another better, for good or for bad.

“I love that Rick and I get to spend so much time together. We already knew we were both goal-oriented, but this has absolutely confirmed it,” she explained. “We’ve been doing projects every day getting his apartment fixed up, building furniture, decorating, cleaning and definitely [doing] a lot of cooking.”

“One thing I learned about Rick is he never used his oven before. He didn’t even know how to turn it on! He said he made pasta and soup on the stovetop and is a great grill master, but this has given us a chance to create some amazing meals together. We shop and prep and cook and eat and drink and binge-watch Netflix shows pretty much every day and night,” she added.

The Real Housewives of Orange County season 15 premieres on October 14 at 10 p.m. on Bravo.