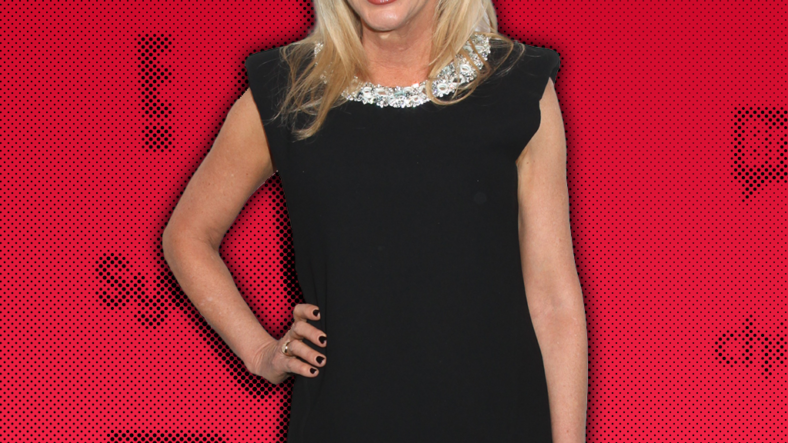 The Real Housewives of Orange County has had its share of drama in 2020 and now the latest news is that Shannon Beador‘s daughter has been hospitalized.

While this has been a crazy year for all, they certainly have been put through the wringer from cast departures to coronavirus, and more. So what’s going on now?

The year began with quite the shock in the Real Housewives of Orange County world as original cast member Vicki Gunvalson (who not only began the show but also The Real Housewives franchise) announced that she was leaving.

Much to the surprise of longtime fans of the series, Gunvalson shared on January 24th that “I will always be the OG of the OC, but it’s time to say goodbye to The Real Housewives of Orange County.”

“It’s been an incredible ride for 14 years and I want thank all of you for your support, for your love and for ‘whooping it up’ with me along the way,” Gunvalson continued. “I’ve been working on new projects that will be exciting, empowering and inspirational. My podcast with Westwood One will be launching soon and I will have much more to say about this on ‘Whoop it up with Vicki.’ I hope you will join me with my new journey so please stay tuned.”

“I love all my fans,” Gunvalson wrapped with saying, “and I want to thank Bravo and Evolution for this incredible experience which my family and I have will never forget.” 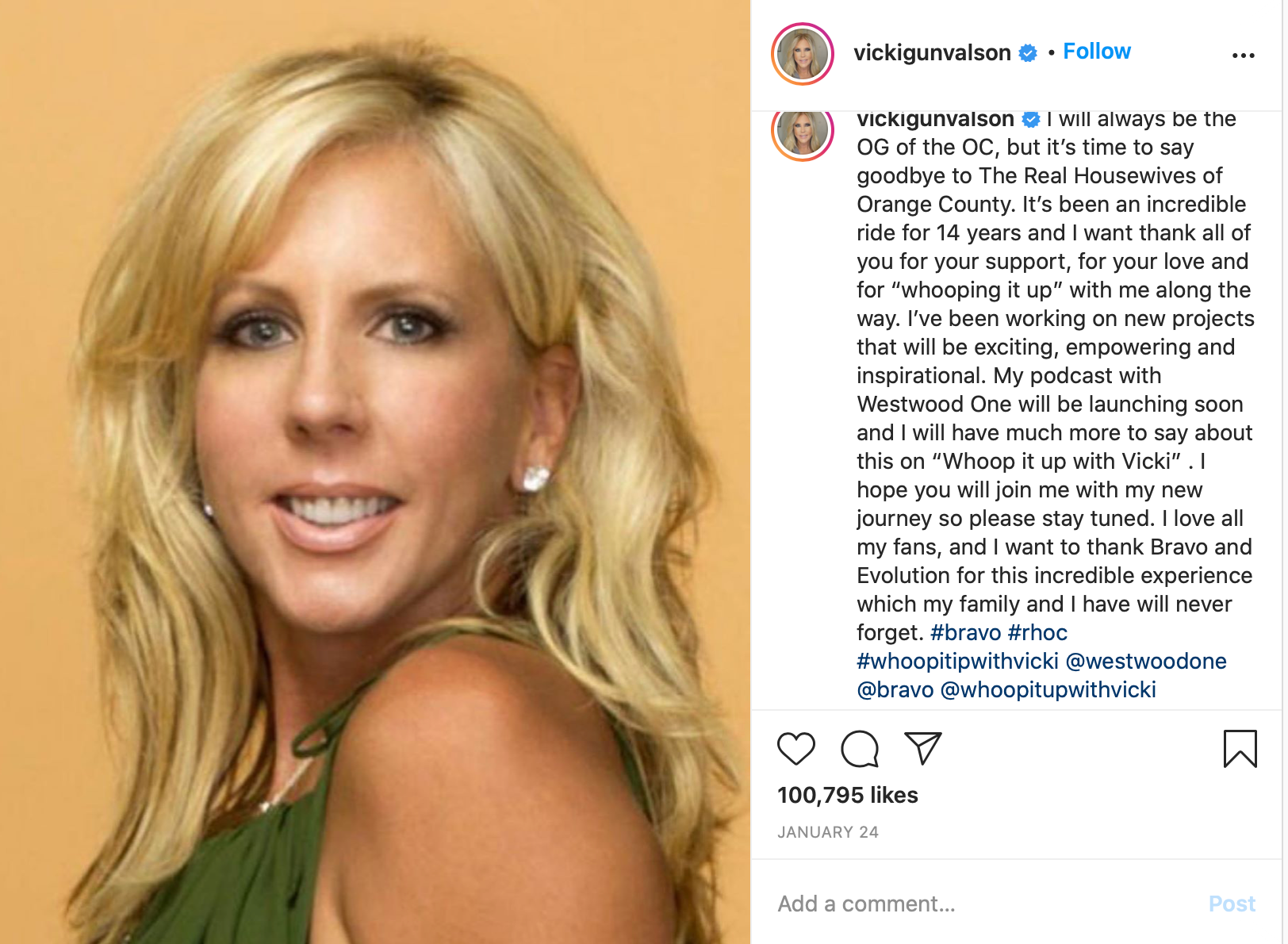 At last season’s reunion, Gunvalson was not treated as someone who had been with the series- and the franchise- since its inception, as she was not out on the couch for the entire reunion and only filmed for part of it, which was understandably aggravating for her, not to mention completely unappreciative of all she had given to the show.

Before the announcement of her departure, Gunvalson had indicated that she would not return to the franchise if she was offered a “friend” role again, so fans were hopeful that she would get offered a full-time role again; however, that did not pan out.

After Gunvalson revealing she was leaving the series, fans were hopeful that there would not be more bad news dealt our way. Then, longtime star Tamra Judge (the longest standing on the show besides Gunvalson) announced she was also departing the series.

On January 26th- only two days after Gunvalson’s announcement- Judge took to Instagram to share “It’s been a wild 12 years,” Tamra took to social media to share, alongside the above photo. “But it’s time for me to move on. Im sad to go but very excited about my future. Love you guys.” 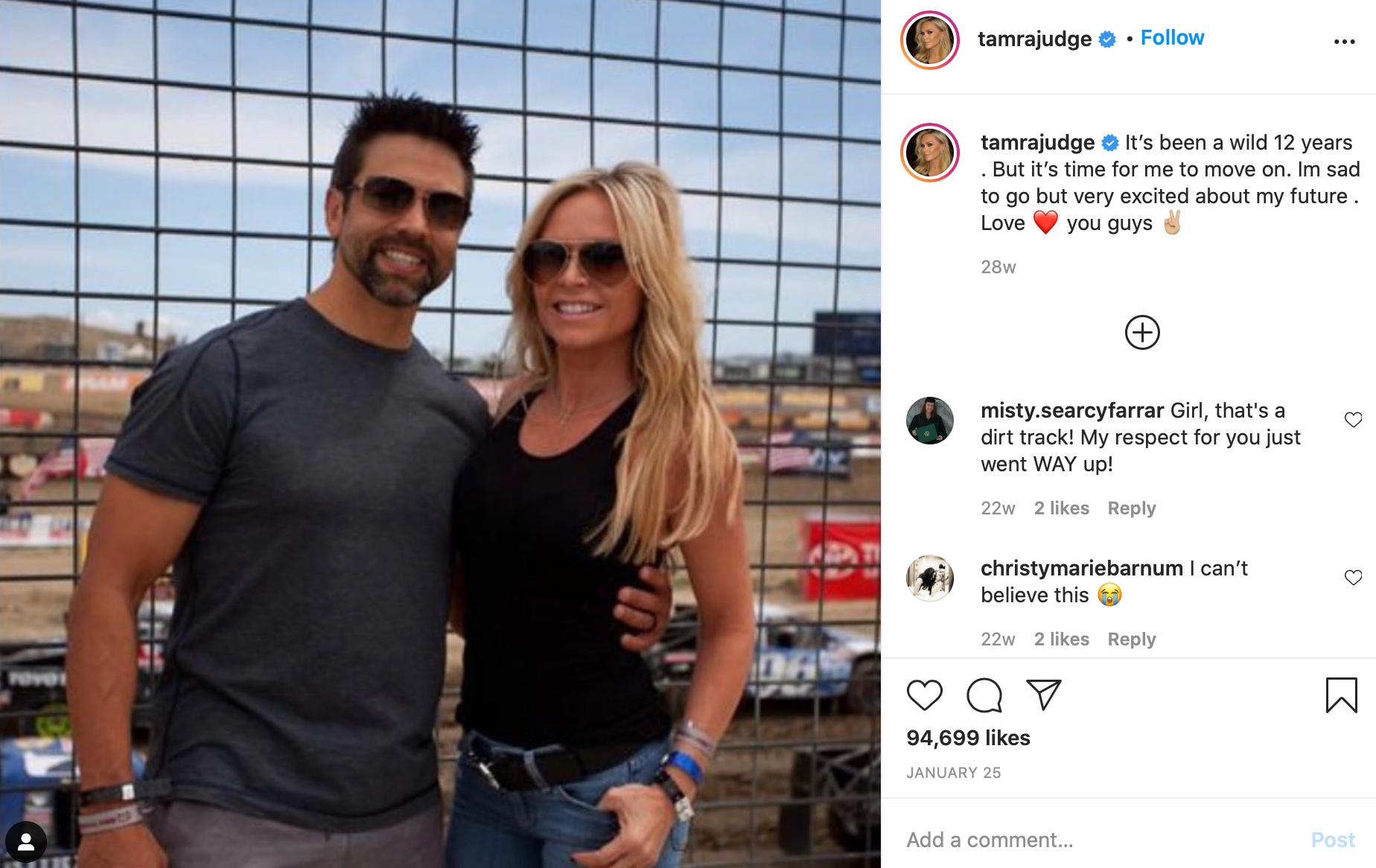 Gunvalson commented on Judge’s announcement, stating “We have shared so many great and not so great times together and it has been the ride of our lives. Thelma and Louise …. now where do you want to go?!”

Ultimately, Judge ended up revealing the show had offered her a few episodes to “wrap her story up” but she declined that offer.

Since her departure, Andy Cohen has been very open about the fact that he hopes Judge will return to the show one day, perhaps even next season.

As if this wasn’t enough bad news for the franchise, beginning in March the United States of American began feeling the effects of the coronavirus pandemic.

While The Real Housewives of Orange County was in the midst of taping, things were shut down for a bit and many shows were delayed in their production; however, as the year has progressed, shows have slowly started to pick back up their filming.

Although The Real Housewives of Orange County started filming again, cast member Shannon Beador revealed some shocking news last month. Specifically, Beador revealed that she and her daughters had all gotten the coronavirus.

“This photo was taken pre-pandemic,” Beador shared in an Instagram post. “Today, we are Covid positive times 4. The girls and I are blessed to be quarantining in the same home (but isolating in separate rooms). A huge thank you to all of the medical personnel that have been patiently guiding us through this illness. Sending prayers to all of those affected. ❤️.”

While Beador took the time to get better, she came under fire last week when she posted a new picture to her Instagram with her makeup team. People were angry with the photo, much ado to the fact that she was posing with them massless (even though they had masks on) after she had been diagnosed with the coronavirus.

Although Beador did note she was negative for the coronavirus at this point, people were very quick to come at her for this. Some even mentioned how you can test negative and then test positive again, while some slammed her for not doing her own makeup/hair, especially given the circumstances.

This brings us to this past weekend when Beador took to her Instagram story to reveal that her daughter, Adeline, had been hospitalized.

Beador began with sharing the following picture of her daughter, tagging @hoaghospital: 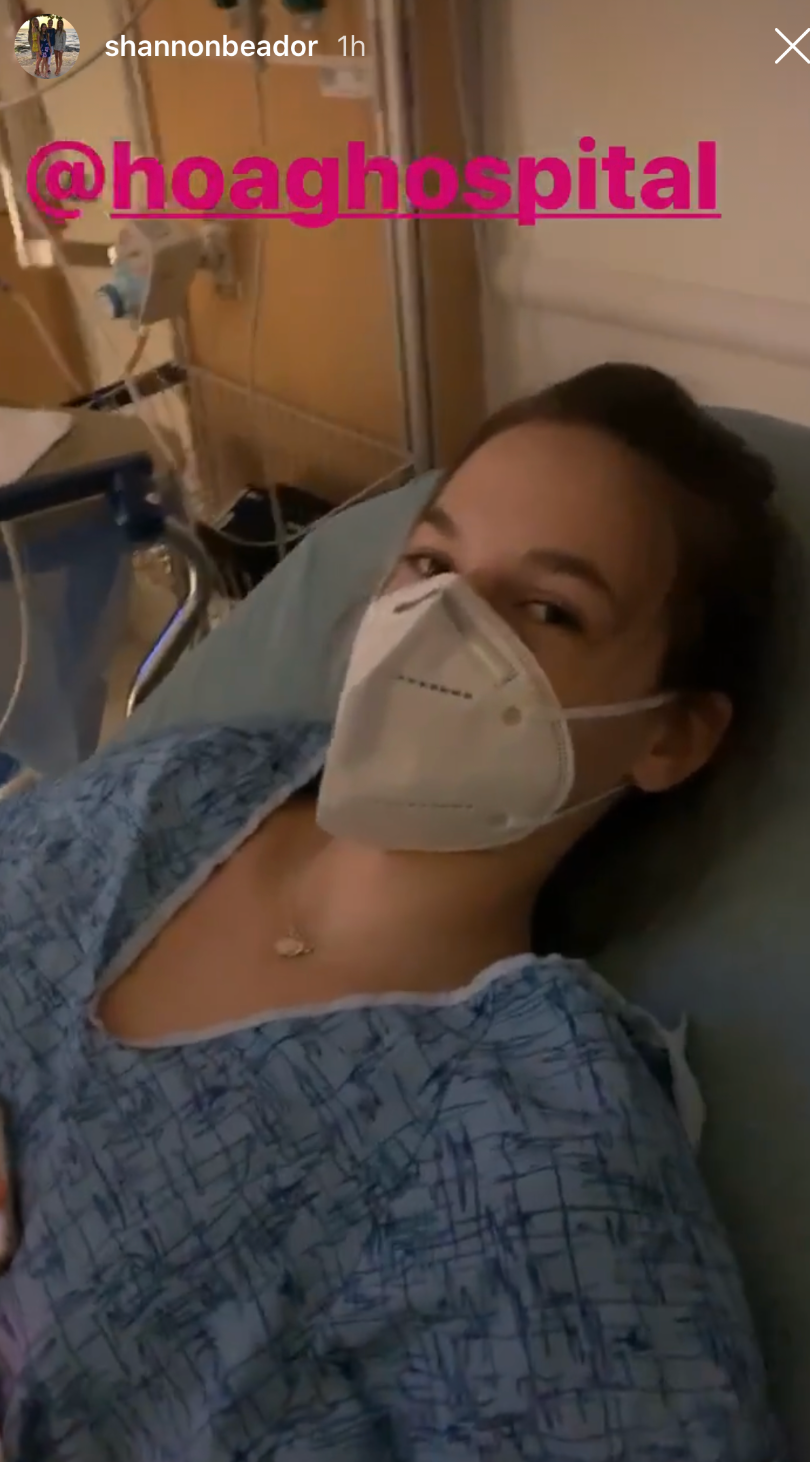 Then, she shared another picture of her daughter, writing “About to get ultrasound to check her appendix…” adding three prayer emojis: 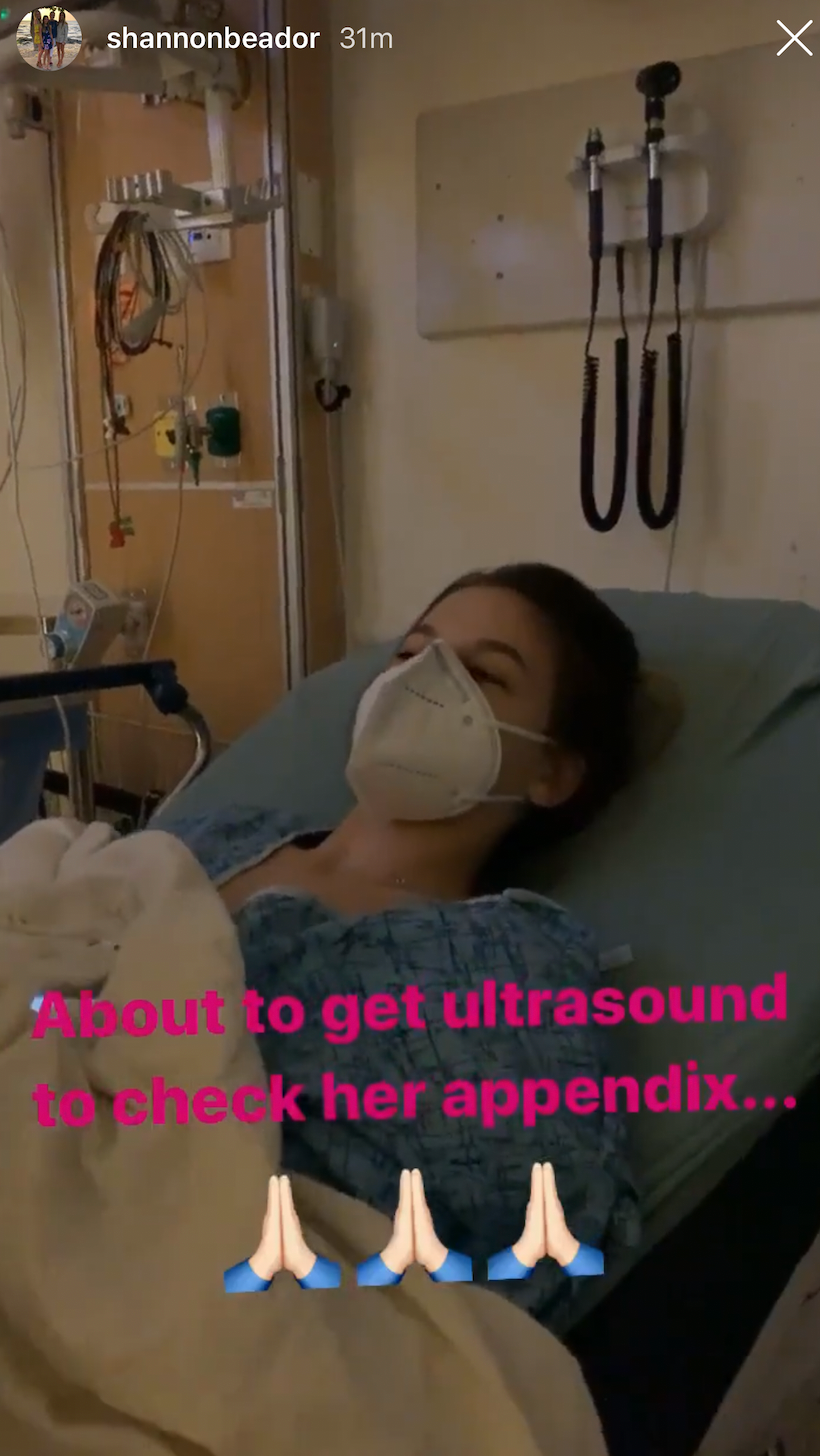 Finally, Beador provided fans with an update on her daughter, writing “Adeline fast asleep. Long and scary night, but she will be better in a couple days… #notcovidrelated #iwillbescoldedforpostingthis”: 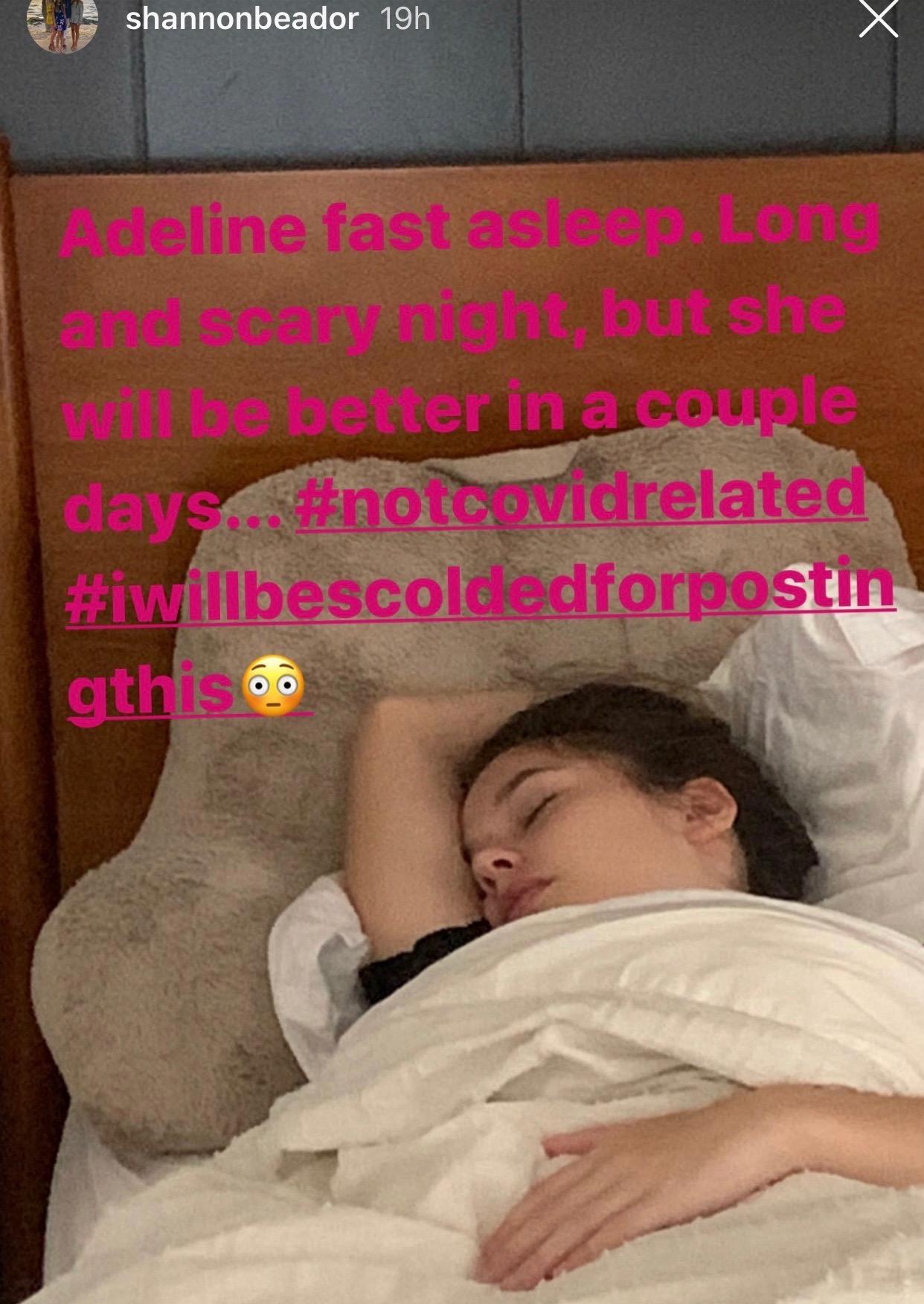 We are glad to hear that Beador’s daughter is safe and sound and that they are all on the mend from the coronavirus (and whatever issues her daughter had going on that led her to take a trip to the hospital).