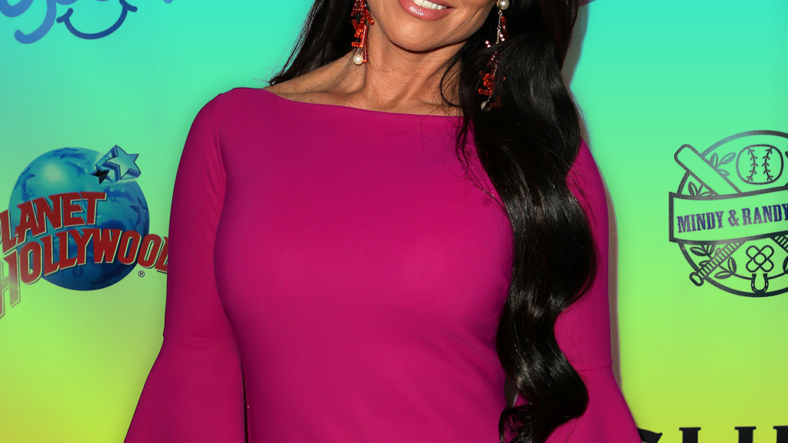 LeeAnne Locken wants fans to know she was not fired from her full-time position on The Real Housewives of Dallas earlier this year.

After her former co-star and ex-friend D’Andra Simmons suggested that she did not leave the Bravo reality series on her own terms, LeeAnne appeared on the #NoFilter with Zack Peter podcast, where she addressed D’Andra’s comments against her and several other hot topics pertaining to the show.

“I chose to leave. I think I made that very clear in my [People magazine] exit. I was asked what I wanted to do and the reality was I couldn’t see a way to go back and be around that group,” LeeAnne revealed on the September 2 episode.

LeeAnne Explains Why She Left RHOD

According to LeeAnne, she believes that the dynamic between the remaining women of the series, including D’Andra, Kameron Westcott, Brandi Redmond, Kary Brittingham, and Stephanie Hollman, would have never changed if it weren’t for her leaving.

“So [D’Andra] can thank me for that. And every one of her followers,” LeeAnne noted.

While LeeAnne’s name is frequently mentioned by her ex-co-stars in interviews, she doesn’t understand why she is a topic of conversation for them.

LeeAnne Accuses D’Andra Of Being Obsessed With Her

“I don’t know why [D’Andra]’s speaking on me. Doesn’t she have a full life?” LeeAnne wondered to Zack. “I mean, I certainly don’t speak on her [and] I’m not on their cast! You would think she would focus on moving forward.”

Although D’Andra has accused LeeAnne of being “obsessed with her” and continuing to discuss her “all the time,” LeeAnne said she has not brought her up in interviews, or otherwise, and has no interest in conversing about her. In fact, LeeAnne wants to steer clear of D’Andra and the toxicity that she has brought to her life because she’s far happier now that D’Andra isn’t in it.

Before addressing a recent sit-down with Kary, LeeAnne took one final dig at D’Andra by accusing her of bring “lies” into her life and stating that she can’t help but spew falsehoods about others.

“I will tell you, Kary Brittingham and I have, you know, [sat] down and had drinks and she even expressed that she would’ve — she wanted me to come back so that there could have been this growing moment,” LeeAnne explained.

While a number of Bravo shows have gotten rid of people for using racially charged banter or slanderous terms, as LeeAnne was accused of doing to Kary during RHOD season four, LeeAnne doesn’t believe in cancel culture and feels that a return to season five could have resulted in healing between herself and Kary, who she shaded as a “chirpy Mexican” during one particular scene.

“I think one of the biggest things our country needs right now is healing. You know, we all need to heal. None of us are perfect. And [Kary] had expressed that she would have loved me to come back,” LeeAnne shared. 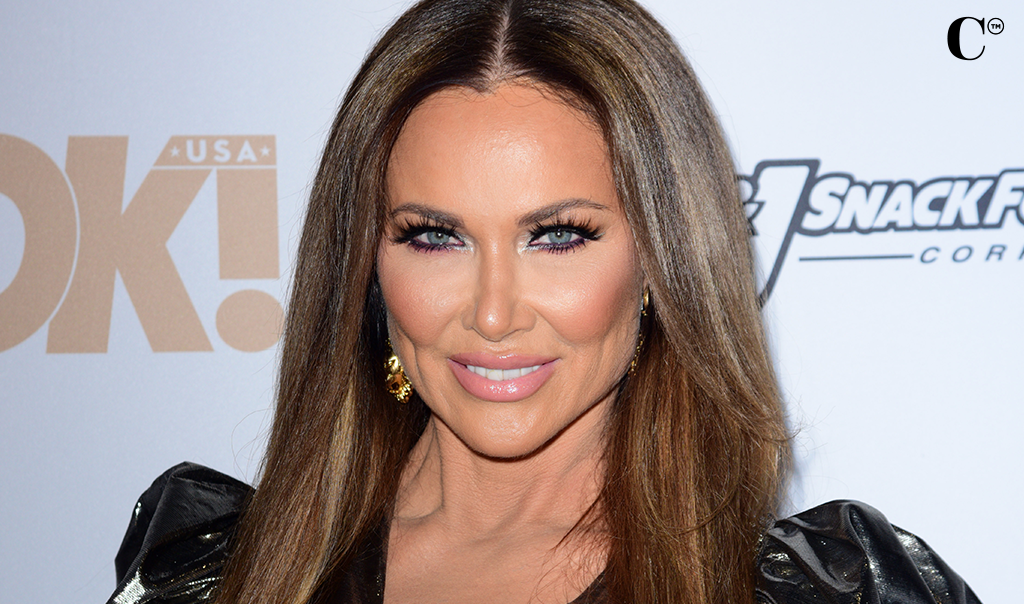 Still, when it comes to reprising her role, LeeAnne claimed she need a break from the drama of the series and wasn’t ready to reunite with her ex-cast mates when filming began on the upcoming episodes earlier this year.

When Zack questioned LeeAnne about whether or not she has regrets in regard to the years she spent on The Real Housewives of Dallas, LeeAnne said that while she has made mistakes at times, she’s grown as a result of those missteps and wouldn’t necessarily take them back.

“Listen, I think if you ask anyone, is there something in their life — after reflecting on it — that they would want to change, I would think that there’s a tremendous amount to change. But that being said, changing our past would change who we are today,” she shared. “And reflection is how we grow. Compassion is what we should offer people to grow. You can have a conversation with compassion and see growth. Or you can have a conversation with accusations and see no change. So, for me, I’ve always been about growth and enlightenment and trying to be better and do better every day.”

Moving on to the alleged cast shakeups that have taken place behind the scenes, LeeAnne revealed that while Jennifer Davis Long has been filming with her former co-stars for the past few months, she was recently demoted from a full-time position to that of a “friend” or part-time cast member. Then, she suggested that when it comes to the other rumored newbie, Tiffany Moon, who recently traveled to Oklahoma with the cast, Brandi actually wants her booted from the series.

“From my understanding, [Jennifer Davis Long] has already been knocked down to ‘friend of’ and the other one, [Tiffany Moon], Brandi wants kicked off the show,” LeeAnne claimed, adding that she would have expected Brandi to be nicer to Tiffany considering the controversial video that was shared last year.

In 2019, amid allegations of racism against LeeAnne due to the comments she made toward Kary, a video of Brandi poking fun at Asians was shared online. Right away, rumors swirled that LeeAnne may have been responsible for the leak, but she denied any such thing.

“After the video she put out — that got put out last year — I would think that she would be a little nicer. But that’s the rumors I hear,” LeeAnne explained.

At this point in time, Bravo has not yet shared any official confirmation in regard to Jennifer or Tiffany’s additions to the cast. However, while discussing LeeAnne’s exit and contribution to the show in February, Andy Cohen said that when it comes to the ladies of “The Real Housewives of Dallas” season five, fans will soon be meeting a “great group” of women.

“In terms of the future of the show, we’ve got spectacular casting and I’m very, I’m looking forward with great optimism and we’ve got a great group of housewives in Dallas and I think that Dallas will rise again,” he told his listeners on Radio Andy.

As RHOD fans may have seen, D’Andra dissed LeeAnne during an appearance on RealiTea With Derek Z last month. As she explained at the time, she believes that season five will be the “best season” the cast has ever had. 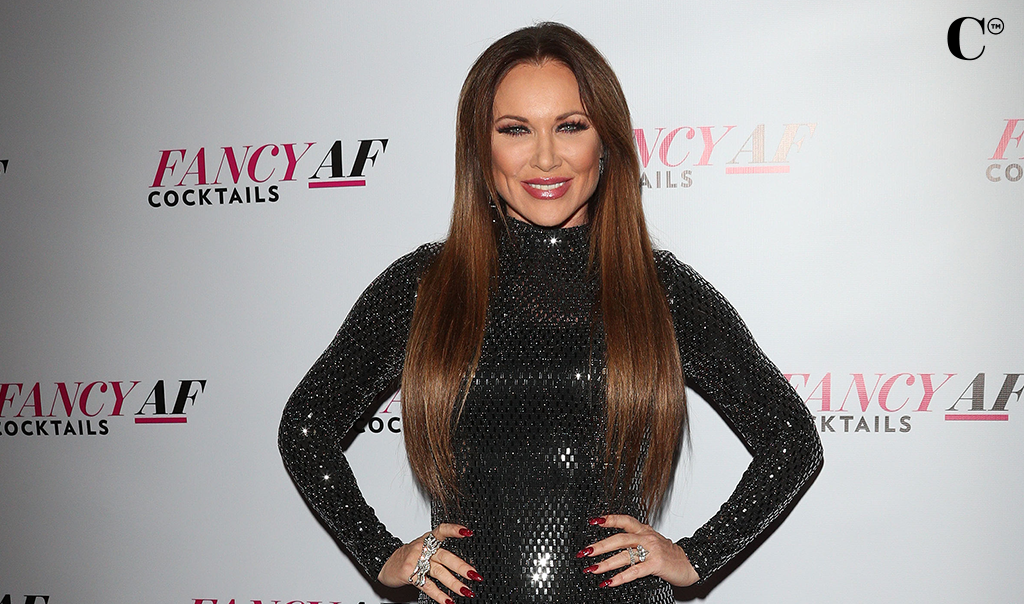 “The show is amazing this year. It’s just a different group of girls, a different vibe and you will not be disappointed. I will tell you that 100 percent,” she confirmed. “There’s drama. There’s storyline. There’s so much going on, more than we’ve ever had going on.”

D’Andra went on to say that when it came to LeeAnne’s time on the show, she was a big character who brought things down on certain levels by addressing topics that made people in their group uncomfortable.

D’Andra then confirmed that while a former cast member, likely LeeAnne, had suggested that there would only be 10 episodes included in the upcoming fifth season, that claim was “absolutely not true” and producers actually have “a lot of content” to sort through.

As for how many episode will air as part of RHOD season five, D’Andra claimed they are “way beyond” 10.

The Real Housewives of Dallas is expected to begin airing its fifth season on Bravo sometime later this year or in early 2021.