Teresa Giudice recently listed her $2.5 million mansion in Montville, New Jersey but when it comes to the earnings she’ll 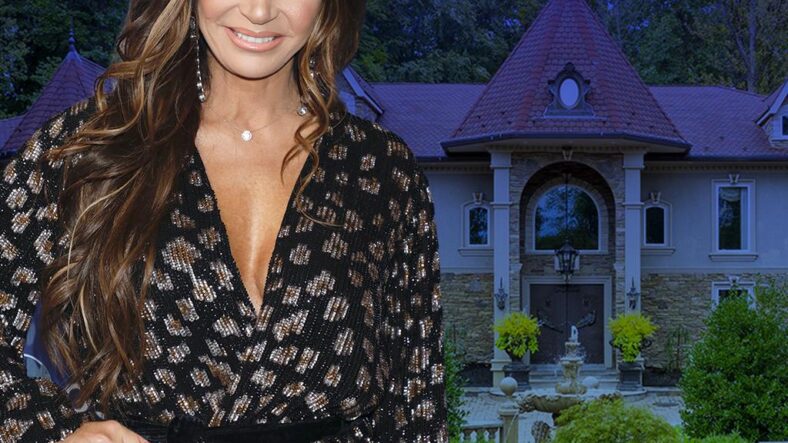 Teresa Giudice recently listed her $2.5 million mansion in Montville, New Jersey but when it comes to the earnings she’ll make off the home, she is reportedly required to split her profits with ex-husband Joe Giudice.

Following the listing of the home, which viewers have seen for the past 10 seasons of The Real Housewives of New Jersey, an insider revealed that when it comes to the money Teresa will be making off the home, her divorce agreement reportedly makes it clear that Joe must be given a portion of her earnings.

“The home got listed because it was part of the divorce agreement,” a source close to the Teresa revealed to Hollywood Life on September 4. “Teresa is not struggling with her finances and she and Joe will both get money from when the house sells, per the agreement.”

Since relocating to Italy in October of last year after a series of denied appeals amid his deportation case, Joe has taken on a number of projects.

“Joe is fine and has his own money from working in construction in Italy,” the source shared.

Joe Giudice Has Been Busy in Italy Since Arriving Last October

In addition to working in construction and renovating the former home of Teresa’s late father, Giacinto Gorga, Joe has been generate income by selling adult toys on Instagram and signing on to appear in an upcoming Celebrity Boxing match against actor and producer Ojani Noa, who is perhaps most famous for his past romance with Jennifer Lopez.

Joe is also starring on his own YouTube series titled This Old Villa, which chronicles his ongoing renovation at Giacinto’s former residence.

Following the sale of their home, Teresa is hoping to relocate to another town nearby.

“She’s hoping to find another home nearby the one she’s in now in Towaco,” the source revealed. “She may look in the Franklin Lakes area as well. Michelle [Pais] helped Teresa with her Jersey Shore property, so she’s helping her with her home, too.” 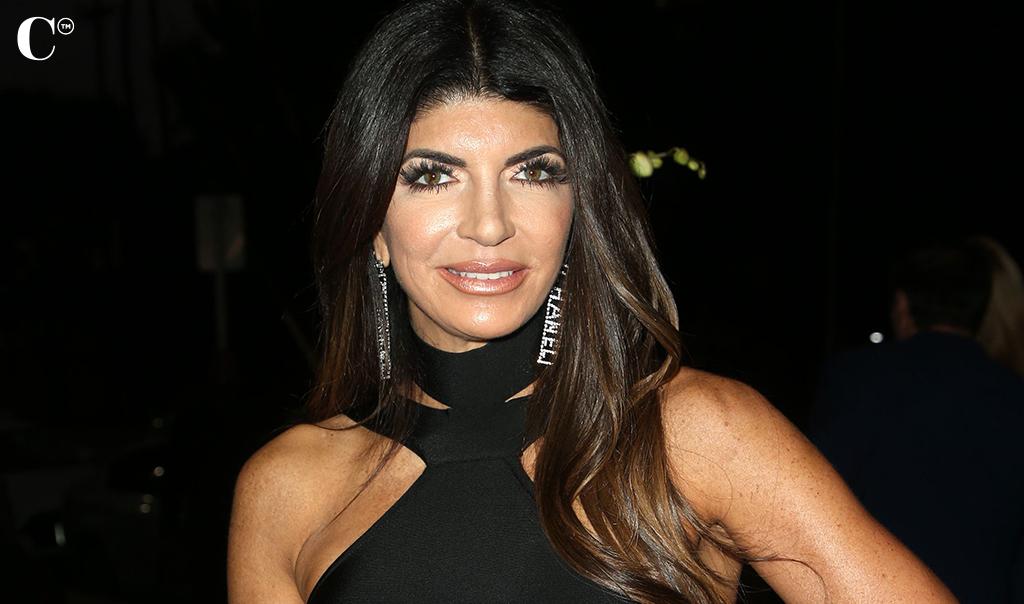 A ‘RHONJ’ Cast Shakeup May Be Coming Soon

As fans of RHONJ may have heard, Michael Pais has been spotted with the cast on a number of occasions in recent months as they continue to film new scenes for the show’s upcoming 11th season and because of that, many believe that she’s been added to the cast. However, when it comes to an official announcement regarding the potential addition of Teresa’s realtor, none has been made.

While all of the main cast members of the show, including Teresa, Melissa Gorga, Dolores Catania, Margaret Josephs, Jennifer Aydin, and Jacqueline Goldschneider, have been seen filming for the new episodes, Bravo may be in the market for an additional “friend” of the series following Danielle Staub‘s exit from the show earlier this year.

In addition to staying busy amid production on RHONJ, Teresa is also spending plenty of time with her four kids, Gia, 19, Gabriella, 15, Milania, 14, and Audriana, 10. As fans well know, Teresa shares her daughters with Joe and has continued to co-parent them with Joe, even though he resides in another country.

Teresa and Joe got married in 1999 and announced their separation in December of last year after an awkward reunion in Italy that aired on the show.

During one particular episode, Joe was seen setting up to go to bed before learning that his then-wife would not be sleeping with him. A short time later, Joe revealed that the odd encounter with Teresa served as the “aha” moment that let him know that their marriage was over for good.

Teresa Giudice and Joe Giudice Are Dedicated to Their Daughters

Despite their breakup, the insider said Teresa and Joe have remained “friendly” with one another and “talk daily.” 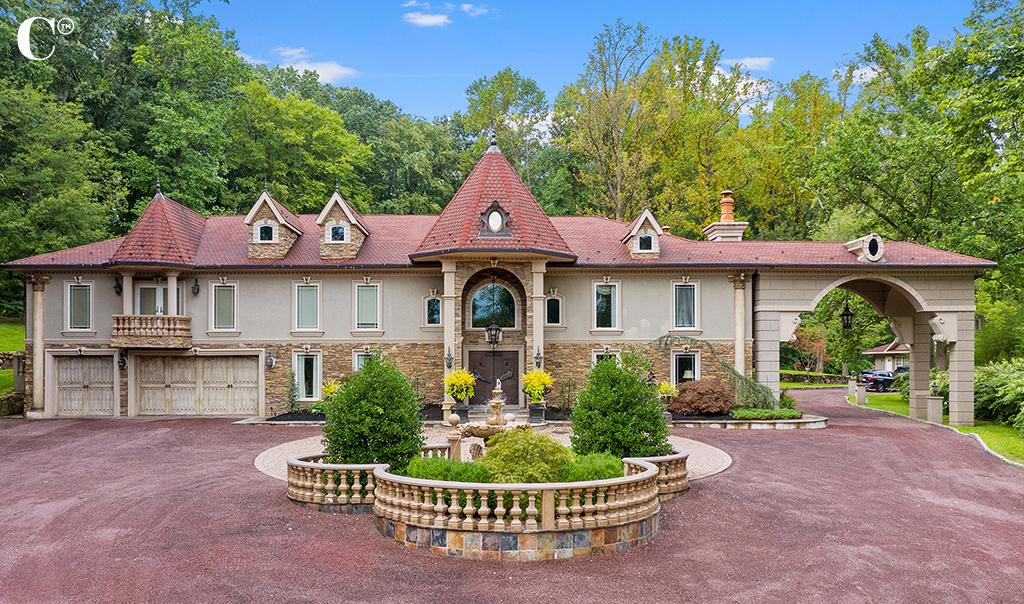 “[The girls] remain the priority in all of this… As soon as it’s safe to travel to Italy, they’ll visit, which they’re hoping will be soon,” the source shared.

Although Teresa and Joe’s daughters were planning to visit Joe earlier this year, their travel plans were postponed due to the travel restrictions put into place to stop the spread of COVID-19.

In a second report from Hollywood Life shared this week, it was noted that while Teresa and Joe just finalized their divorce, they’ve been split up for quite some time. After all, prior to their reunion in Italy, Joe served a 41-month term in prison, and before that, Teresa spent 11 months behind bars.

“Teresa doesn’t look at this as finally pulling the plug on their marriage. She and Joe have been been separated and talking about divorce for awhile now and are extremely amicable,” the source said. “They both just wanted to get the divorce done and move forward with their lives since they live halfway around the world from one another.”

According to the insider, Teresa and Joe’s kids were also in the loop with their parent’s future and weren’t at all caught off-guard by the news of their divorce. In fact, the girls knew for months in advance that their mom and dad had decided to end their marriage.

“They talk daily and are very friendly. Joe calls Teresa multiple times a day. This also didn’t come as a shock to the girls. They told them months ago this was happening,” the source said. “They remain the priority in all of this. They want to see their dad very badly and had to cancel their August trip due to COVID. As soon as it’s safe to travel to Italy, they’ll visit, which they’re hoping will be soon.” 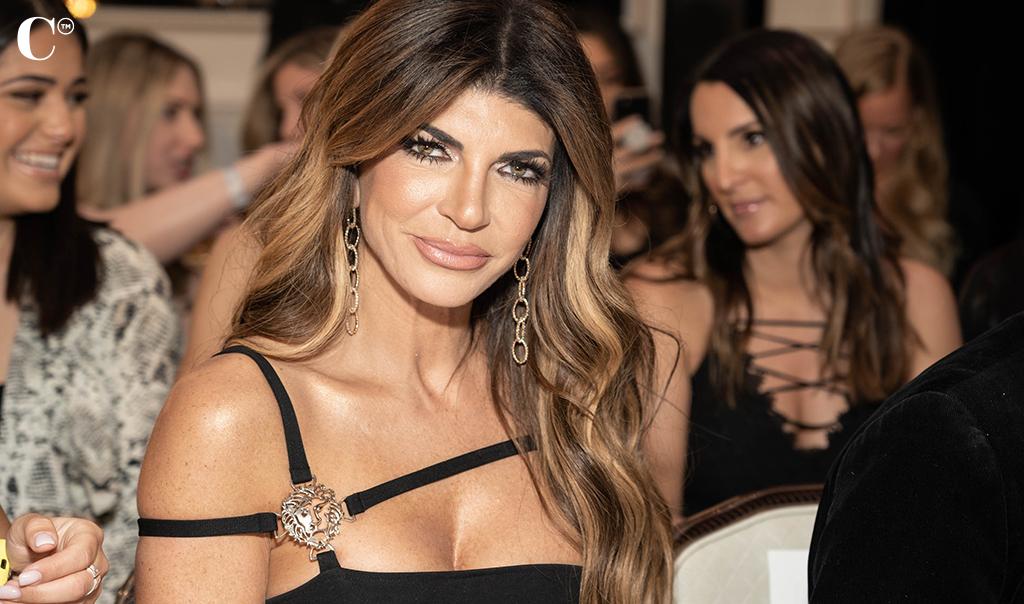 In addition to their upcoming reunion in Italy, the girls, and Teresa, are also planning to travel to the Bahamas this fall to watch as Joe attends his first Celebrity Boxing match. That said, with just one month to go, it doesn’t seem all that likely that the fight will take place. And, if it does, it’s hard to say whether or not they’d allow a live audience to attend.

“If Joe can fight in the Bahamas in October, they will go. There was talk of filming it, but production may be wrapped by then anyways. There aren’t plans for Joe to appear on next season of RHONJ other than that. Teresa and Joe know that this is the best decision for their family right now and their girls are thriving. They understand everything going on,” the source said.

Earlier this year, as she celebrated the Fourth of July at her aunt Melissa’s home at the Jersey Shore, Gia went public with her new boyfriend, Christian Carmichael. Then, weeks later, the couple traveled to Los Angeles for a getaway, where they shared a number of images of one another on their social media pages as they enjoyed the beach and drove luxury automobiles.

As for whether or not Christian will be seen on the upcoming season of The Real Housewives of New Jersey, it seems likely that he will at least be making a couple of cameos on the new episodes.

Season 11 is expected to begin airing on Bravo sometime later this year or early next year.